[note: there’s knit-along information at the end of this post, in case you are wondering about that…]

Picture this: it’s after supper. You’ve changed into your cozy pajama bottoms, and made yourself a nice hot cup of decaf. You’re listening to music on your laptop, using a set of ear buds so as not to disturb the rest of the family, and getting set up to wind a hank of yarn into a ball.

If you’re at all like me, when you find yourself the center of a scene like this, you get an impulse to snap a picture and share it with your social network.  (C’mon… you do that, don’t you??) 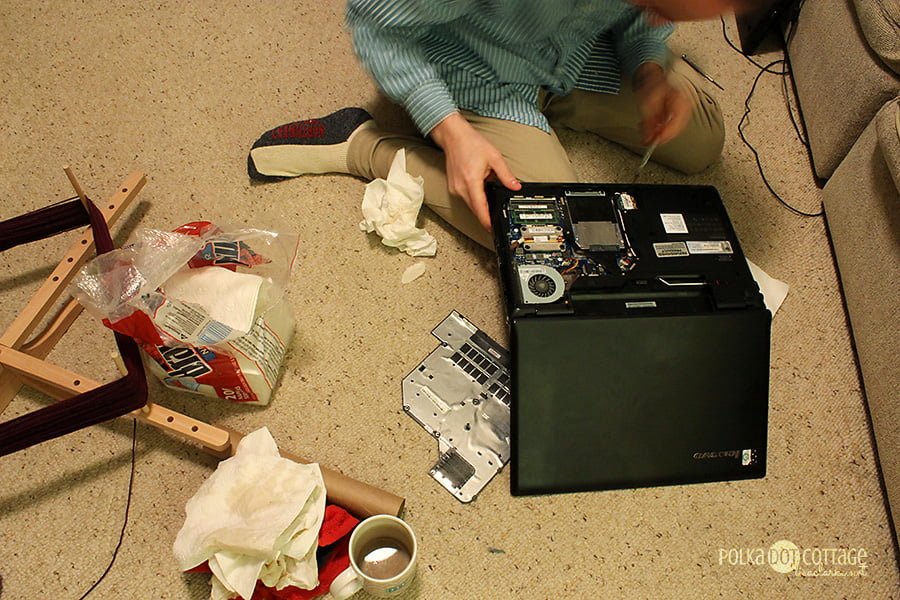 I happened to have the tripod nearby, so I figured I could make the shot even better if I set the camera up on it, and maybe use a slower shutter speed to capture the motion of the yarn winding. It was going to be really, really cool.

That was the plan anyway.

But remember those ear buds I mentioned? The cord on those things was kind of short, and I kept forgetting I was wearing them. And while I was futzing around with the tripod, seeking out the ideal spot for it, I leaned over in such a way as to pull the cord taut. The cord met with the resistance of my coffee cup, and instead of pulling out of my ears, it knocked the cup over and dumped the entire contents right into my laptop. 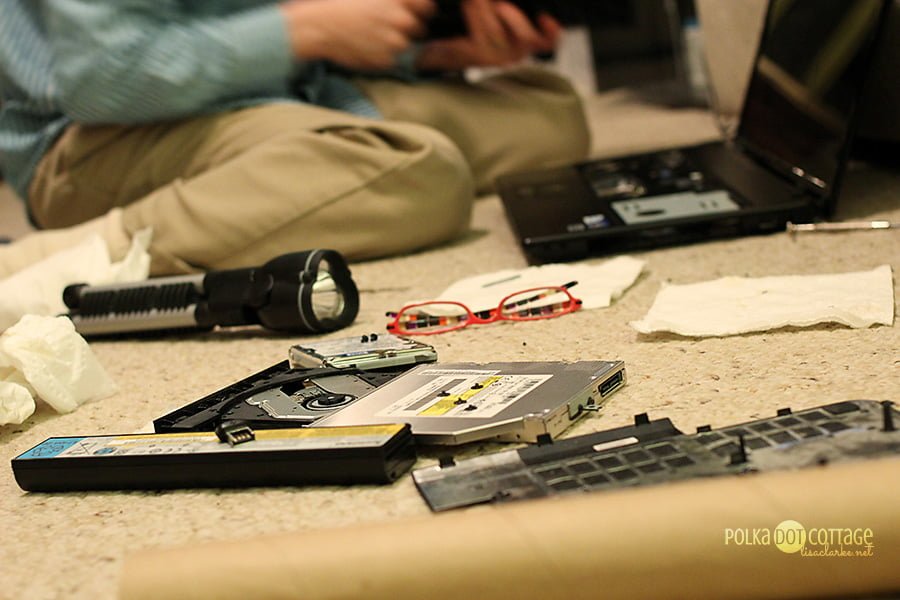 I hurriedly turned the computer upside down to help drain the coffee out of it, but there was a good chance it wouldn’t matter. The machine turned itself off as soon as the liquid hit it, and I was suddenly without a computer.

Yikes. My entire business (and a startlingly good-sized portion of my personal life) relies on having a functioning computer. And I blew it all in pursuit of a photograph.

Well, as you can see, I did get my picture that night (several of them, in fact), only the scene wasn’t quite what I had in mind. 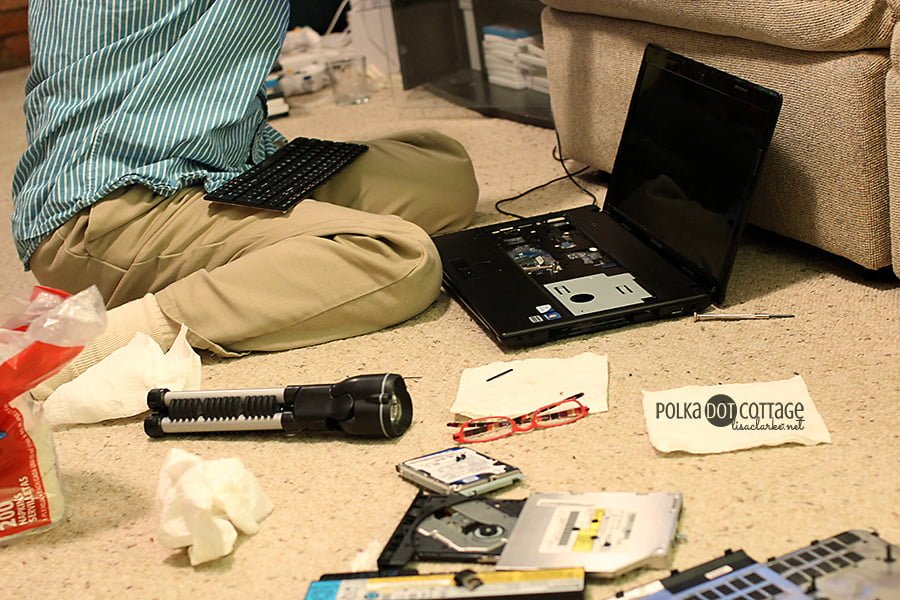 Neil took my computer apart and spent a few hours making sure the pieces were dry.

Over the next few days, he put it back together and slowly it came back to life. The first day, it turned on but the keyboard didn’t work. Later, the keyboard did work, except the CTRL key remained stuck (which makes the keyboard useless pretty much, and breaks other stuff, too).

Today, everything is working as it should, with one exception: the right click on my mousepad. I’m finding ways to get around that inconvenience for now, and hoping maybe that, too, will fix itself in time.

It’s such a relief that this laptop could be saved. I’m fairly sure it will never be the same, and I may end up replacing it sooner than I had planned, but at least I can do it on my own time, in a non-desperate manner.

So, where does this leave us on the knit-along? 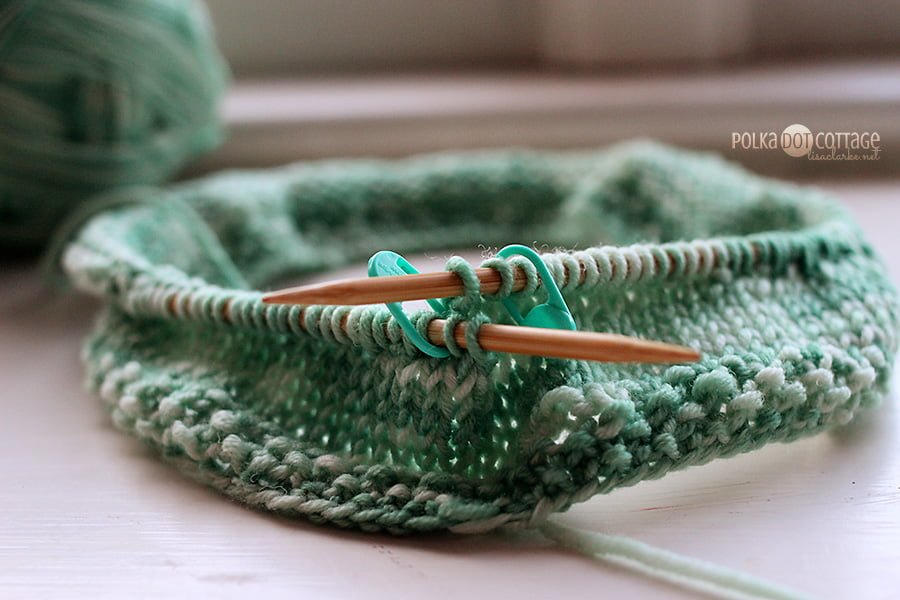 Being without a computer all weekend meant that I couldn’t complete the full version of the pattern, nor could I write the first knit-along post. (I did, however, do a ton of actual knitting – I’m making two new variations on the Everyday Cardigan – at once!! me=crazy. More on that another time.)

So, the knit-along will begin NEXT Monday, and sometime between now and then, I will have the eBook available. The eBook will include the pattern, as well as some extra guidance to help you through the process of knitting a sweater. 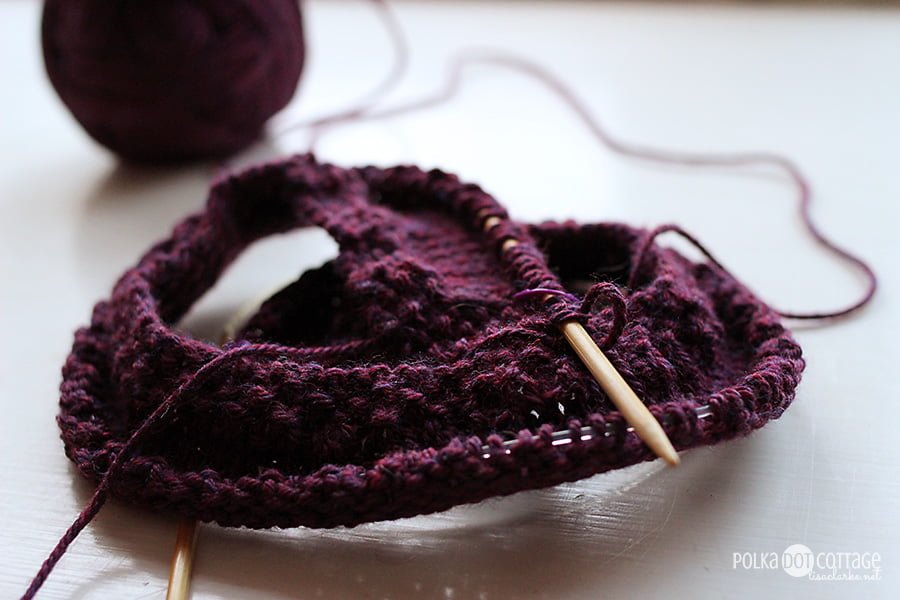 There’s some good news, though, for those of you who are experienced knitters and don’t need the extra hand-holding. I had already finished the pattern itself before my computer went kablooie, so I was able to get that piece ready for you pretty easily. Right now Ravelry is the only place you can get it, and you can do so with this button:

Or you can get more information (and see lots of pictures, including Jane‘s lovely pale yellow version) on the Ravelry pattern page.

If you’d prefer to wait until the full version is available (with lots of in-progress photos and extra information) you will be able to get that here at Polka Dot Cottage within the week. I’ll post again when it’s ready.

1 thought on “Picture this”