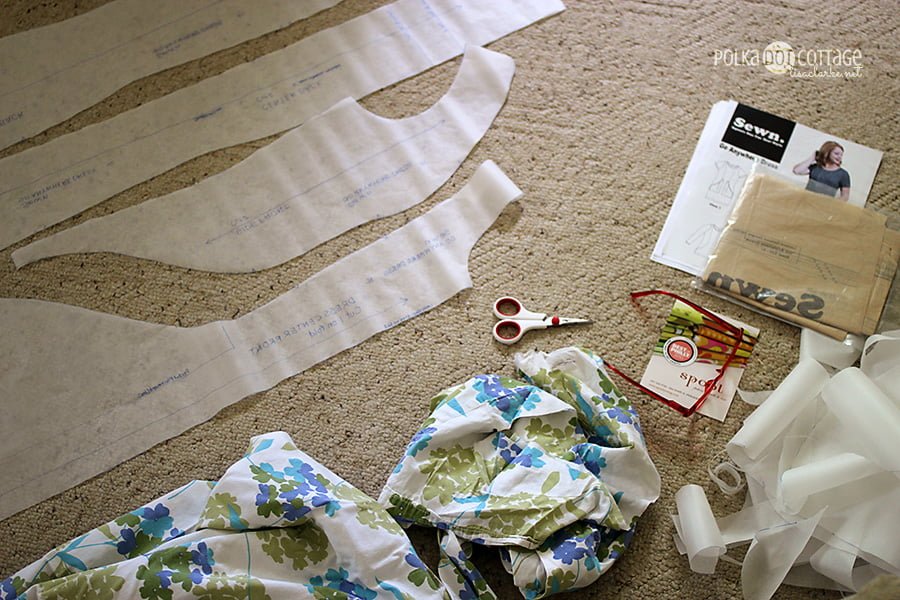 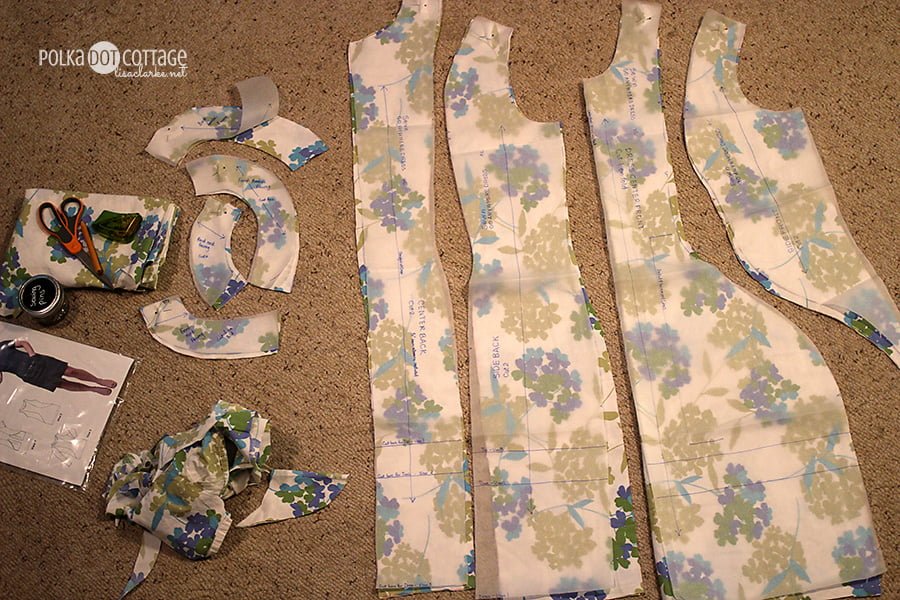 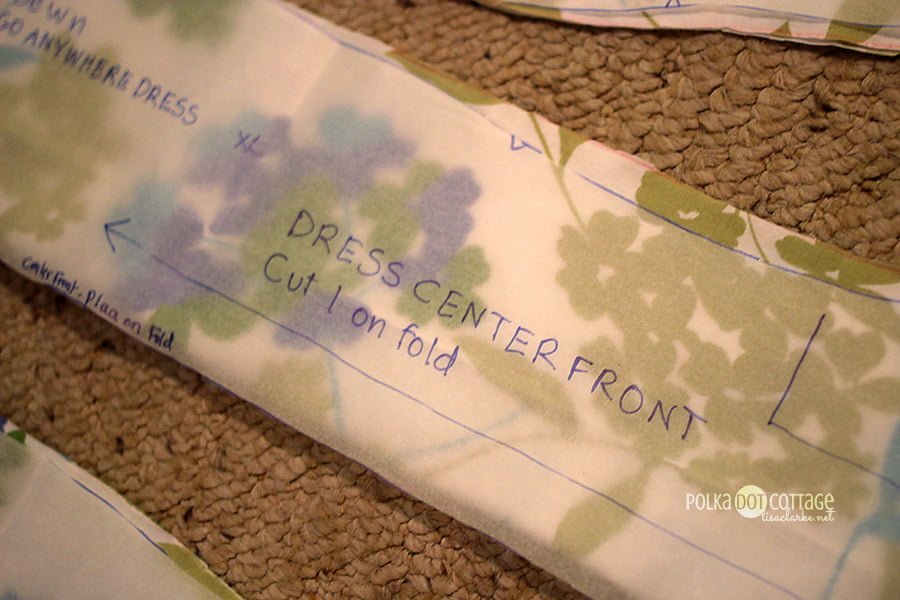 This is a momentous occasion, indeed.

I have sewn dresses before, but never ones that I have felt comfortable wearing outside of the house. This one, though? It actually fits me quite well. And I like the way it looks on me. Amazing.

It took me over two years to finally sew this thing.

I bought the pattern in early 2011, hoping to make a dress that I could wear to my nephew’s baptism, but I chickened out like I do with most sewing patterns.

About a year later, I got as far as tracing the pattern pieces onto tracing paper.

This past weekend, I cut out the pattern, and then cut into a thrifted vintage sheet.

And once I’d gotten that far, I knew I had to continue before I lost my mojo. It was roughly a 2-hour job, sewing it all together, but I soldiered on… 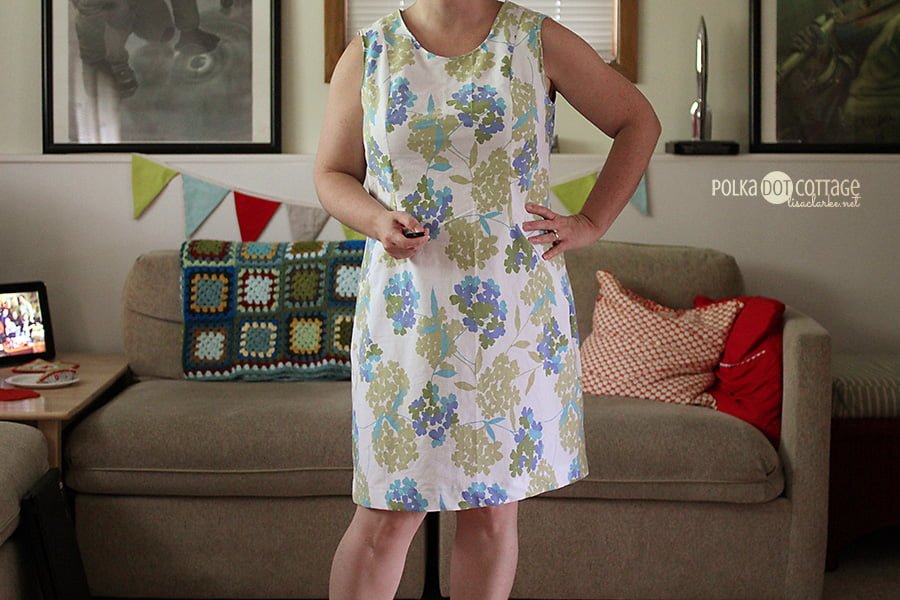 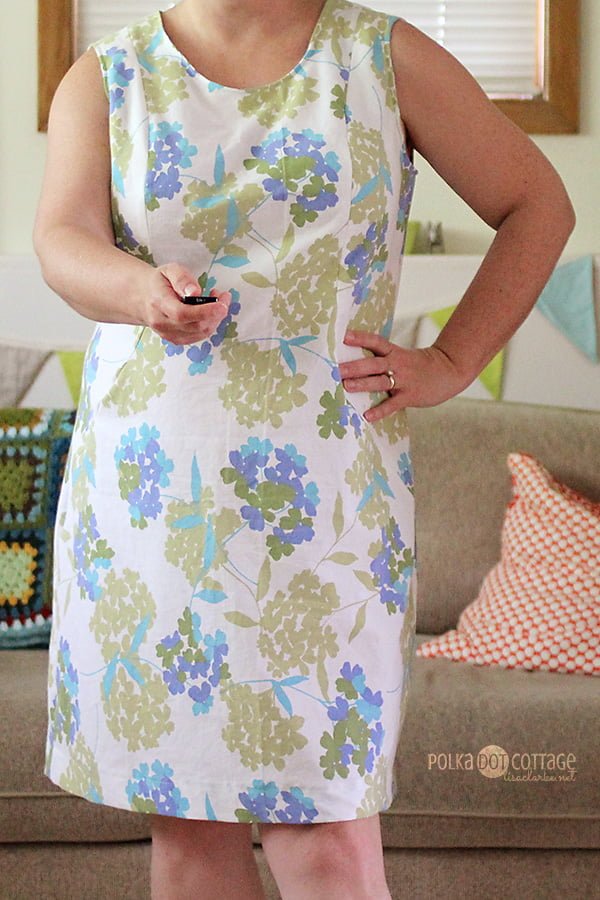 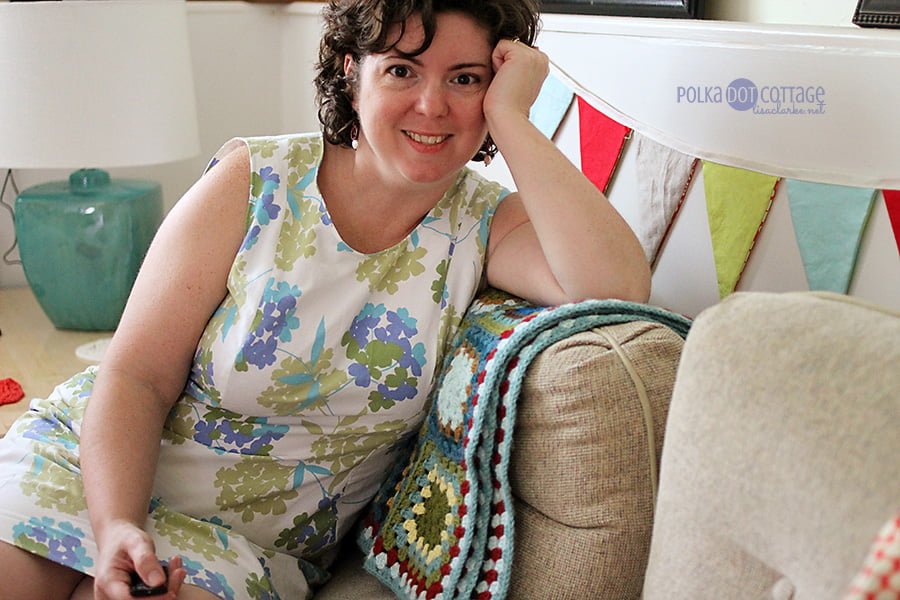 It’s interesting the way this dress is put together – it’s got plenty of curves in it, but no darts. It’s the creative way the seams are placed that makes it contour nicely. It’s one of the reasons I bought it, in fact. This review won me over, when it mentioned how easy it would be to adjust for bust size. Surprisingly, though, it fit me on the first try. Yay!

This is actually my muslin. The plan was to sew a dress using some special new fabric I’d picked up from Spoonflower. I’ve decided against that plan, though. The unique seaming that makes this dress fit so nicely is the same thing that makes me wary of using a bold graphic print, such as these giant polka dots with Clarkesworld robot heads inside them. No, there would be too many interruptions to the dot pattern, and it would look weird.

I had a plan B for my robot fabric, so no big deal. In the meantime, this muslin is nice enough to be a final, wearable garment. In fact Neil said, “this dress actually looks like you could have bought it.” I will consider that a win.

Will I make another? Sure, but not right away. I love the finished result, but I can’t say I really enjoyed sewing it. I was fine up until we got to the facings and the zipper. I’m not good at either one of those things, so they were a little stressy. I really want one in red gingham, though, so who knows? Maybe I will make another one sooner than later.

The pattern, by the way, is the Go Anywhere Dress from Sewn.