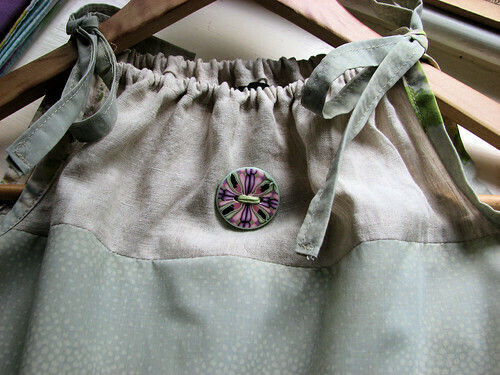 It’s been a quiet week on the blog, but not so in Real Life™.  The kids started school on Tuesday, and this being the first year that both of them have a full day schedule, it’s been rather odd for me.  I certainly have enough to keep me busy, but it’s hard to get out of the mindset that I’ve been in for so long, namely, that of “squeezing things in.”  Being so unused to plentiful amounts of consecutive time in which to accomplish things, I’ve spent the last nine years breaking down tasks into do-able chunks of an hour or less.

I’ve been feeling somewhat paralyzed for a few days, knowing there were big projects to tackle.

But today, once I am finished here, and after I’ve started my first-ever pot roast bubbling in the crock pot, I will be sitting down at the dining room table for a marathon sewing session. 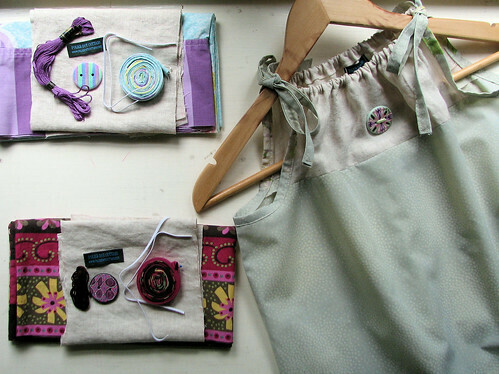 Saturday is a craft show day for me (locals, you might want to check it out – it’s actually a music festival in Berkeley Heights) and I’ve decided I want to have more button-embellished sewn goods at my table.

By the end of the day, I hope to have three new pillowcase dresses (one of which, as you can see, I already finished yesterday), and four new patchwork scarves.  And somewhere in there, I need to make the buttons for the scarves. 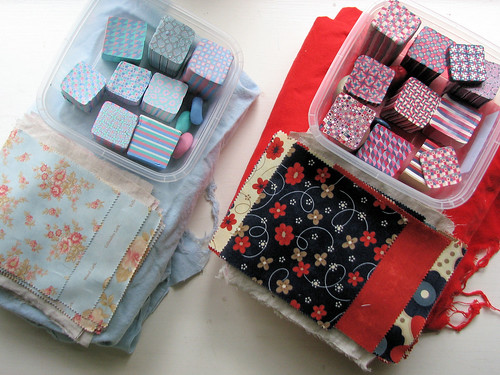 It may be a few days before you hear from me again, being all busy with show prep and the like, but I do hope you’ll pop on over to the festival if you’re local, and if you’re not, well, I guess I will see you when I’ve had a moment for a little post-show decompression.  I’ll post pictures of the finished goods.

You know how I can’t resist showing you what I’ve been working on 🙂  Hooray for show and tell!