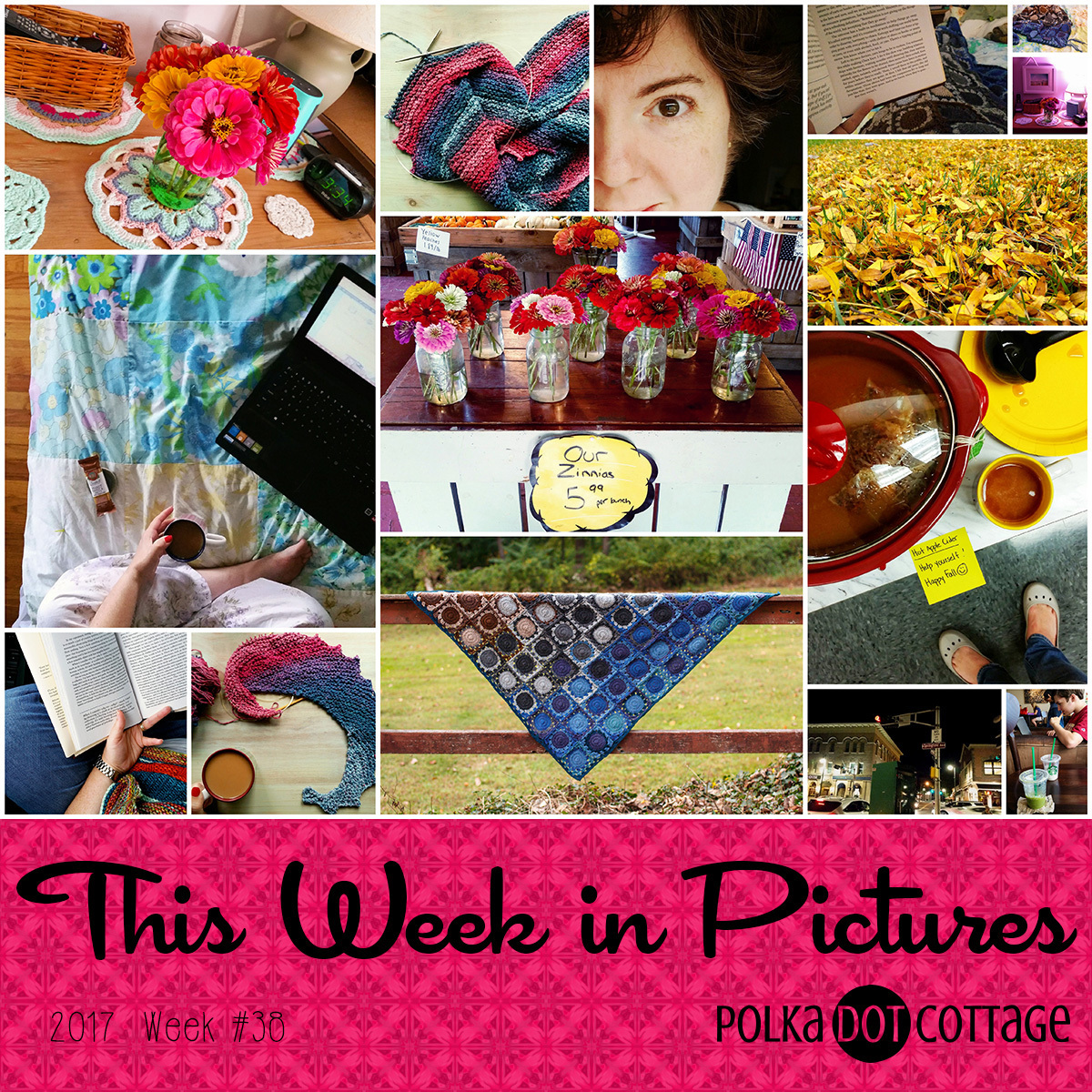 The shows-and-tells around here are starting to back up. I finished my Bradway Shawl earlier this month, and I still haven’t told you much about that. And this week, I finished the blanket I’ve been crocheting, and also knit an entire scarf in a fit of “procrastinknitting” when I just couldn’t face weaving in those blanket ends. It was silly, actually, since I’d pretty much woven the ends in as I went along. There were only the last 3 rows of squares to deal with. A mere 180 ends, but I still went so far as to cast-on a whole new project and finish it before I finally sat down and weaved in those suckers. And even then, I spread it out over 4 days. Really silly.

So, I’ve got 3 completed projects I should share with you at some point (and actually, I can think of a fourth I never wrote about back in MARCH!) but nothing at all on the needle or the hook right now.

My hands are feeling restless. I need a good worsted weight project to keep them busy. Any ideas? What’s fun that you’ve knit or crocheted lately?

It’s a roundup of the photos I shot for Project 365 (I seem to have all but abandoned my 2017 theme of “words”), plus some snapshots I posted on Instagram during the previous week. For the month of September, I’m participating in the #habitblog hashtag. 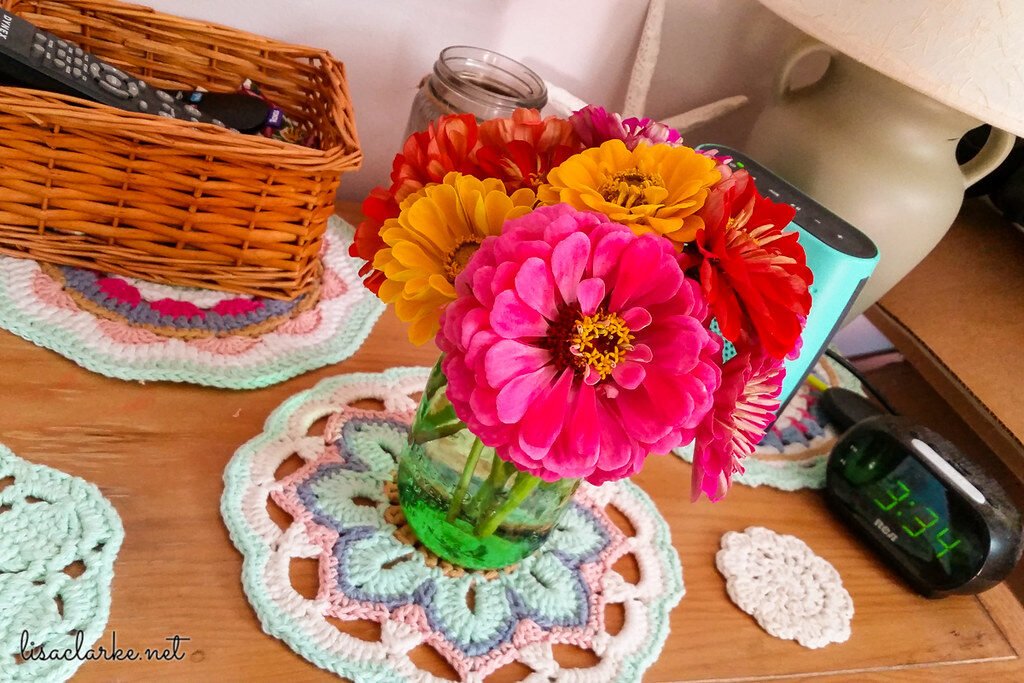 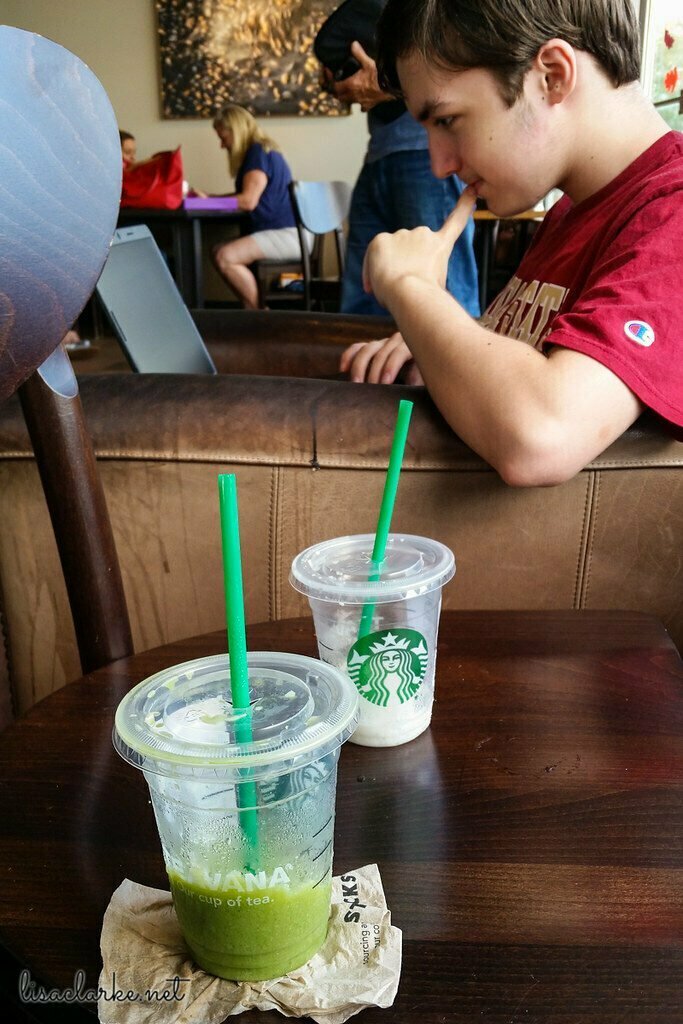 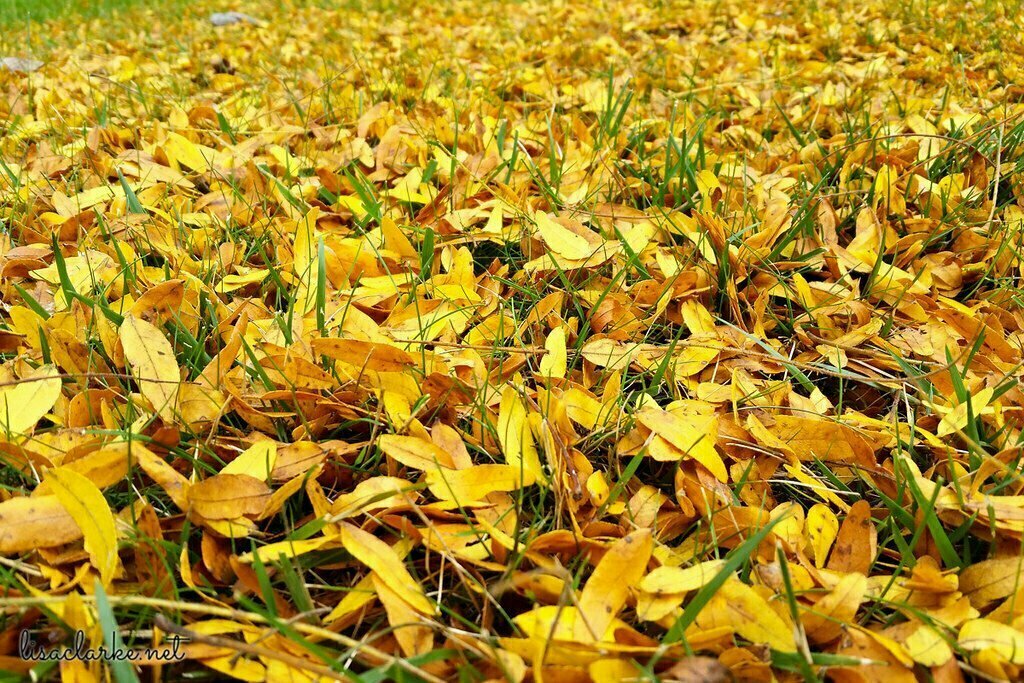 365 📱: 2017 261/365 – Fall really comes early to the parking lot at work. Most of the trees in the lot have these tiny little leaves, and they’ve nearly all turned yellow and fallen. Meanwhile everything else is still mostly green! [Taken at work.] 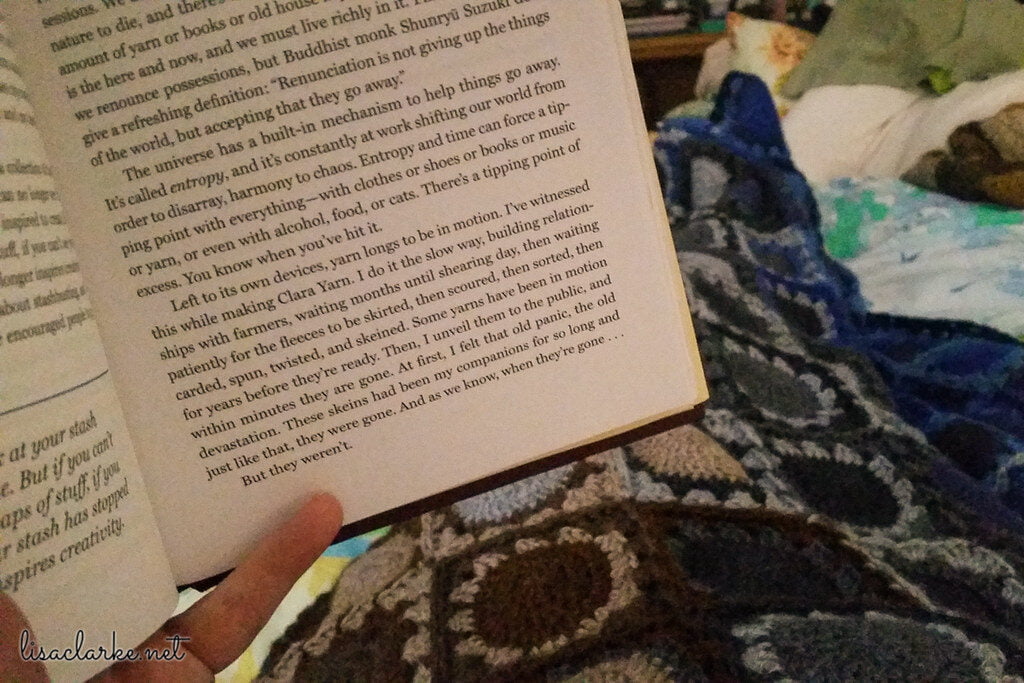 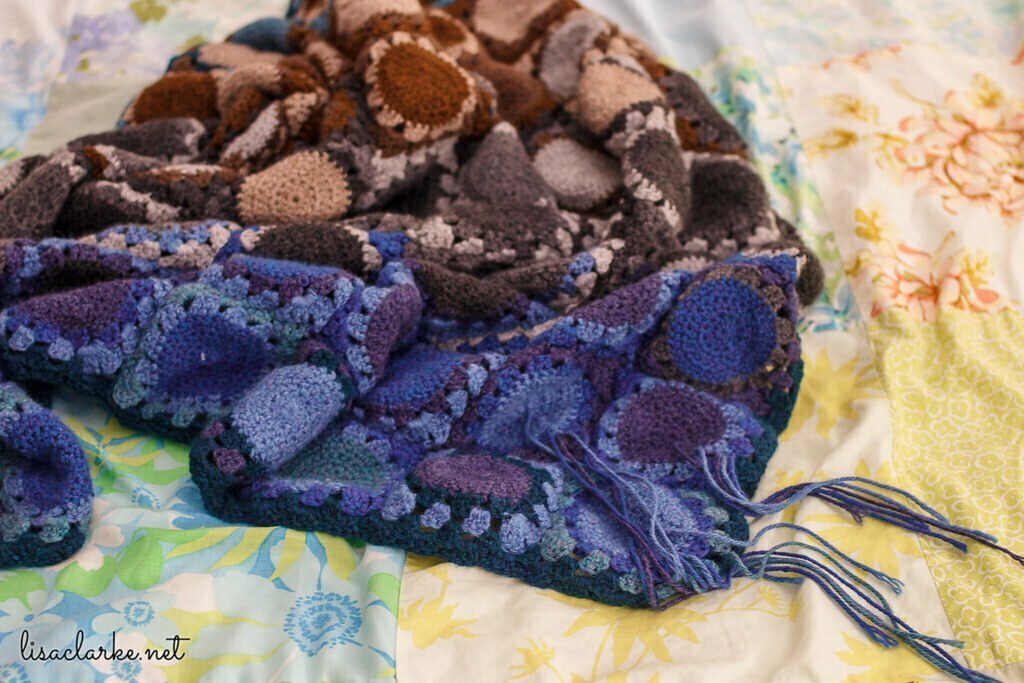 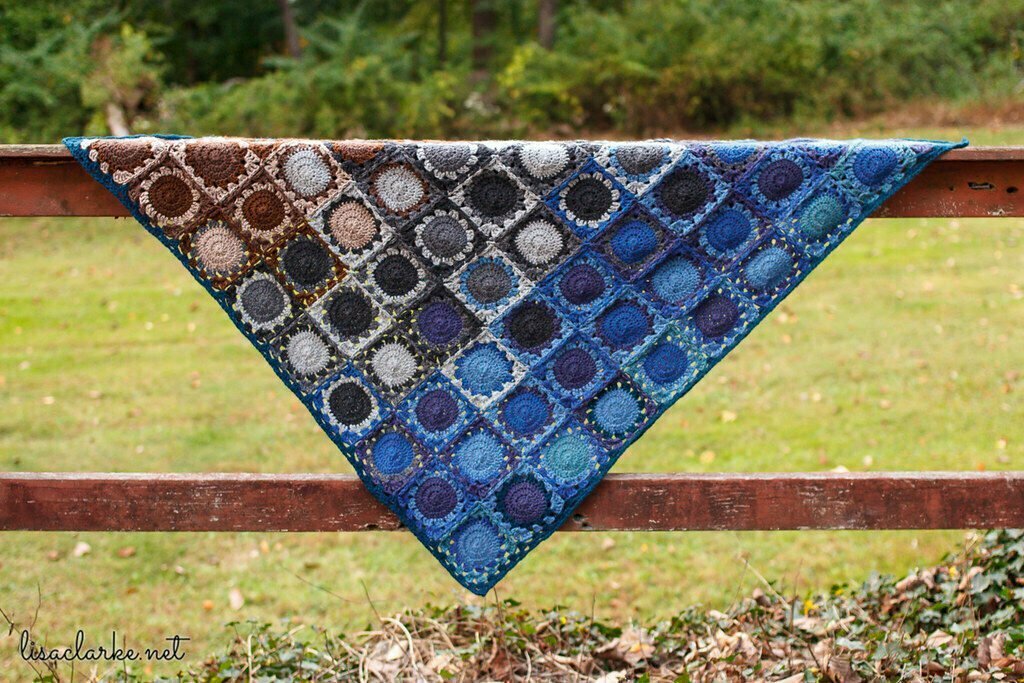 365 📷: 2017 264/365 – It’s always nice to finish something, especially when it’s been in progress since July… I’ve been calling this the Coastal Maine Blanket, because it was supposed to incorporate the browns and grays of the rocky beaches and the blues of the water, but I don’t think the colors are quite right for that anymore. Still, I’ve been using the #pdccoastalmaine hashtag since I started this thing, and I think I’m locked in at this point 😉 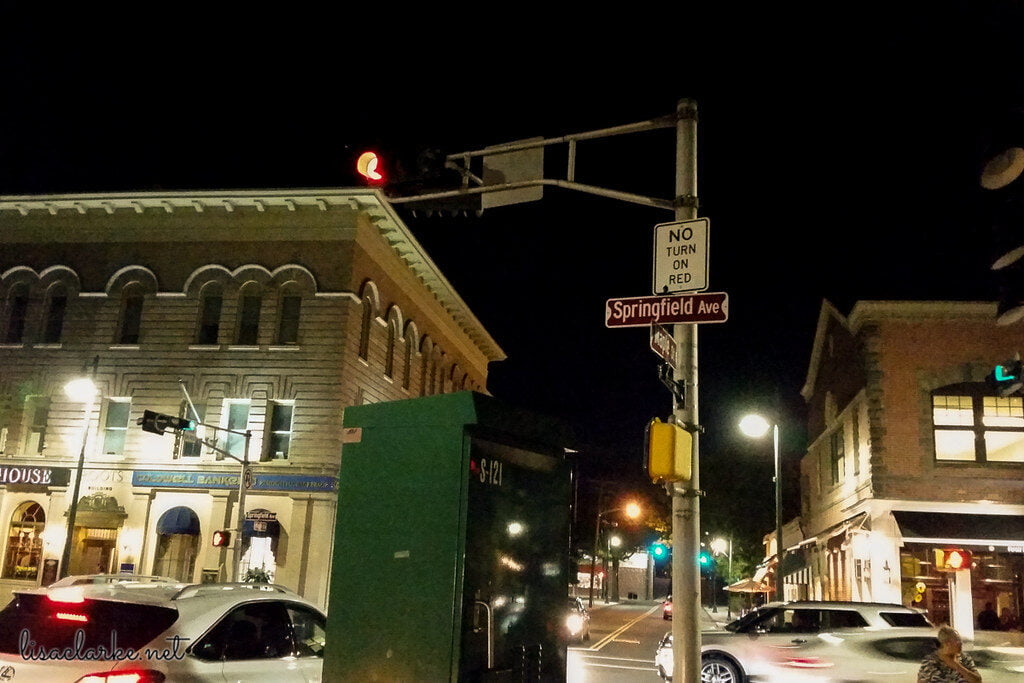 365 📱: 2017 265/365 – My 17-year-old and I took a spontaneous trip to Summit when I found out the yarn shop was open late. And then we couldn’t bring ourselves to go home. We walked around and we got some ice cream. It was nice. Turns out we both like a little nightlife. Who knew? We never go anywhere at night! We’re going to have to do some more of this kind of thing soon. [Taken in downtown Summit, NJ.] 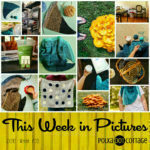 3 thoughts on “TWiP: Shows and Tells”