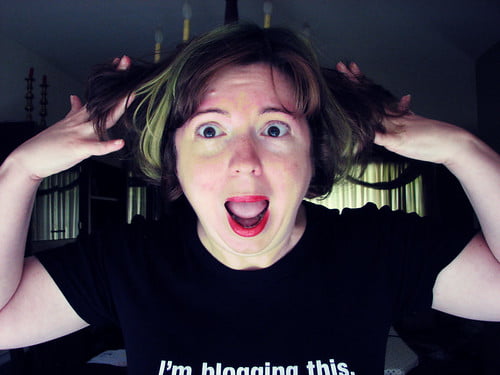 Hair angst.  I have been suffering from the affliction for the last few months.  Do I cut it? Do I let it grow?  Do I really have nothing more important to talk about?

Seriously, in the grand scheme of things, the length of my hair is about as unimportant as it gets.  And despite the fact that I know this quite well, I just have not been able to make a decision one way or another.  I finally had a look back through my flickr photos this week and realized that my hair grows so quickly that even if I flat-out hated a new hair cut, it would be an acceptable length again in less than six months.

It became more of a no-brainer at that point. 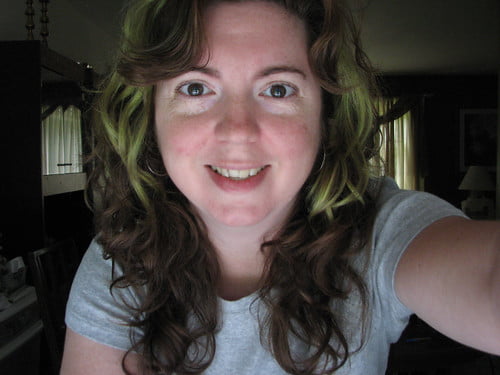 I walked out the door this morning with hair that went down to the middle of my back – longer than it has been in maybe ten years.

I came back this afternoon, with hair that is shorter in the back than it’s been in maybe nine years.  Talk about extremes.

So what was the first thing I did, after saying hello to my mother, my brother, my children, and my nephews who’d been hanging out here while I was gone? 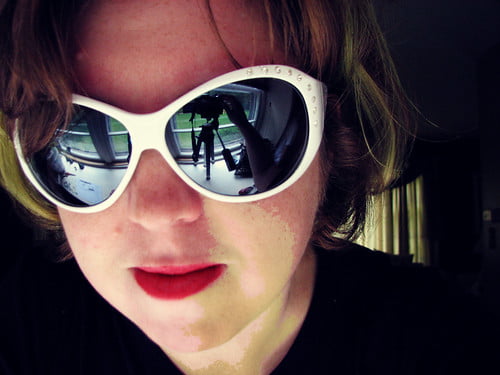 Well, of course, I put on red lipstick and giant sunglasses, and took my Self Portrait Thursday picture.  Duh.  Isn’t that what everybody does after a haircut?

I still have to play around with this hair and see how I feel about it, but if nothing else, it’s put an end to the Should I Cut It? Angst.  My long-suffering husband will be happy to hear that.

11 thoughts on “Angst be gone”