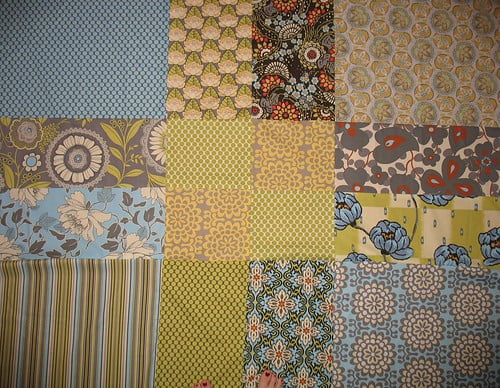 57 degrees. That’s what the little weather icon in my system tray says right now. That’s what it said most of yesterday, too, for that matter. I’m not sure about the previous day, but it was not warm then, either. Is this really August? I’m this close to baking up some pumpkin bread and putting on a sweater.

Truth be told, I’ve already caved and put on the sweater. I’m trying not to go overboard and turn on the heat, but after three days of this the house is feeling the chill, and so are my toes. Perhaps a pair of socks is in order. It uses a lot less energy than flipping on the heat.

As I drink a cup of Lady Gray tea, Aidan, who is son #1, and who I have decided to stop referring to as son #1 since, really, if anybody wanted to find out his name it wouldn’t be too hard, so why bother trying to protect his identity here? Anyway, Aidan is sitting on the floor with a notepad and pencil writing down the first five letters of the Phoenician, Cyrillic, Greek, Roman and Hebrew alphabets as seen in one of his books. He taught me something interesting. Did you know that Greeks read in a zig-zag fashion? One line is left-to-right and the next line is right-to-left. At least, that’s what Aidan says the book says.

I’ve been listening to some podcasts lately that I think might interest some of you. You don’t need an iPod to listen to a podcast. They are really just large mp3 files. I like to play them when I am working on tasks that bore me (washing dishes, packing orders, making supper…). It’s a great way to get a creativity fix when you can’t actually be doing something creative. I enjoy hearing the voices and stories of people I may have only read about before. So here are the ones that I have found interesting in a crafty way:

If you know of any other good ones to add to this list, leave me a comment!

I think somebody is having a laugh at me this summer. Every time I plan to pack up a big batch of orders, I am struck with an ailment. First it was a cold, then it was a pulled somethingorother in my back, and now it’s a very sore shoulder. Eamonn (aka son #2) needed company last night after a bad dream, and something about the way I slept with him has made me very sore today. I can barely lift my tea cup. It’s crazy. I can’t afford to lay around and baby my shoulder today, so I’m going to soldier on. There is food shopping to be done and a shipment to prepare. I sound so brave, don’t I? Don’t be fooled. Oh, I’ll do the food shopping alright – a girl’s gotta eat

– but don’t be surprised to find me wimping out for the rest of the day after that, whining about how much I have to do, but not actually doing any of it…

Oh, and that picture at the top of this post? It’s my second quilt top. This one’s for Eamonn, and I like the colors much better.

[Edited to add: Looks like food shopping is out of the question.  I can’t drive!  My shoulder is so sore, I could barely get dressed.  36 years old and already I’m falling apart…]