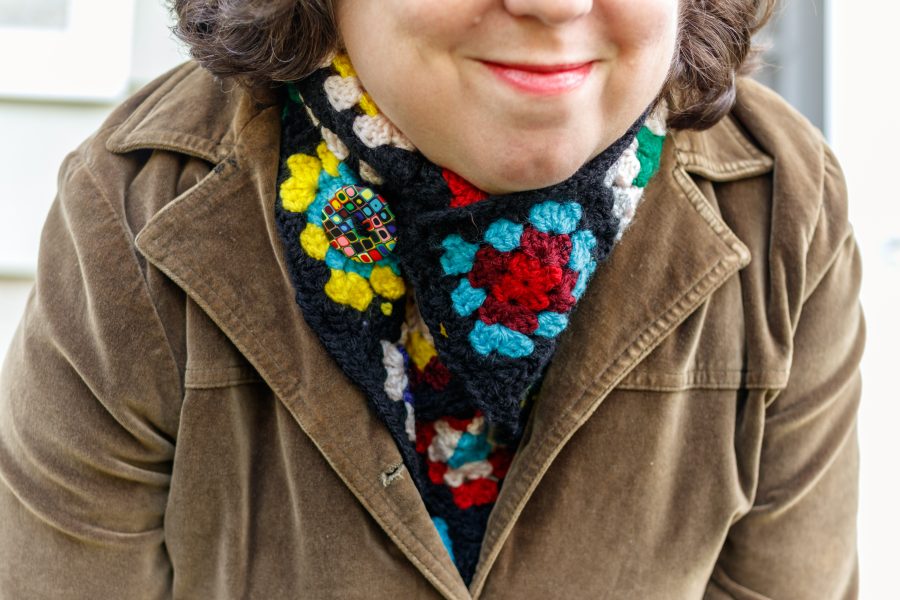 A few years ago, I was involved in a project that has turned into one of those gifts that keeps on giving.

Sometime in the 1960’s my great grandmother crocheted a granny square sweater for my mother. Fifty years later, Mom took apart the sweater, and asked me to recombine the pieces into a blanket. I did so, and gave the blanket back to her.

Then, I used a photo I took of the blanket, turned it into a repeating digital pattern, and had it printed on a mug, which I use all the time. It’s a favorite. I also used the colors in the blanket to inspire a polymer clay retro cane that I used to make jewelry, pens, and the like. I also turned that into a mug as well.

So, there’s the history, but there’s more to this story.

I recently decided that it would be fun to make myself a scarf or a cowl that was reminiscent of the blanket. As I mentioned when I first worked on the original blanket, I think my great-grandmother must have had a keen color sense. Or, at the very least, an above-average affinity for distributing colors without clumping any of them together anywhere. I wanted to copy her design as closely as possible, but on a smaller, neck-sized scale. 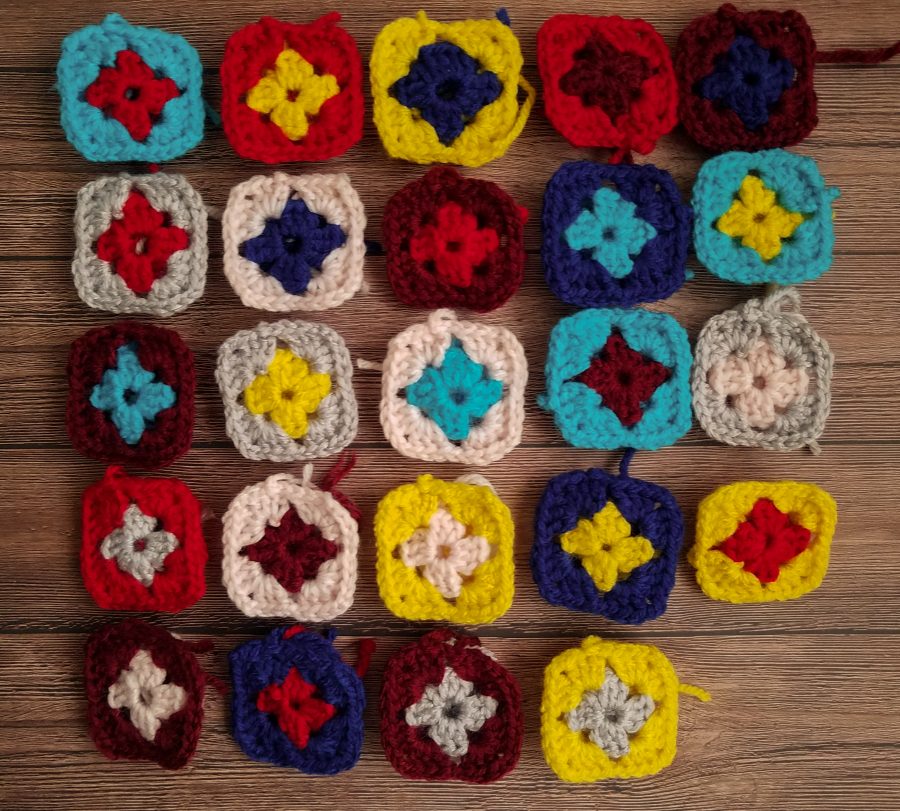 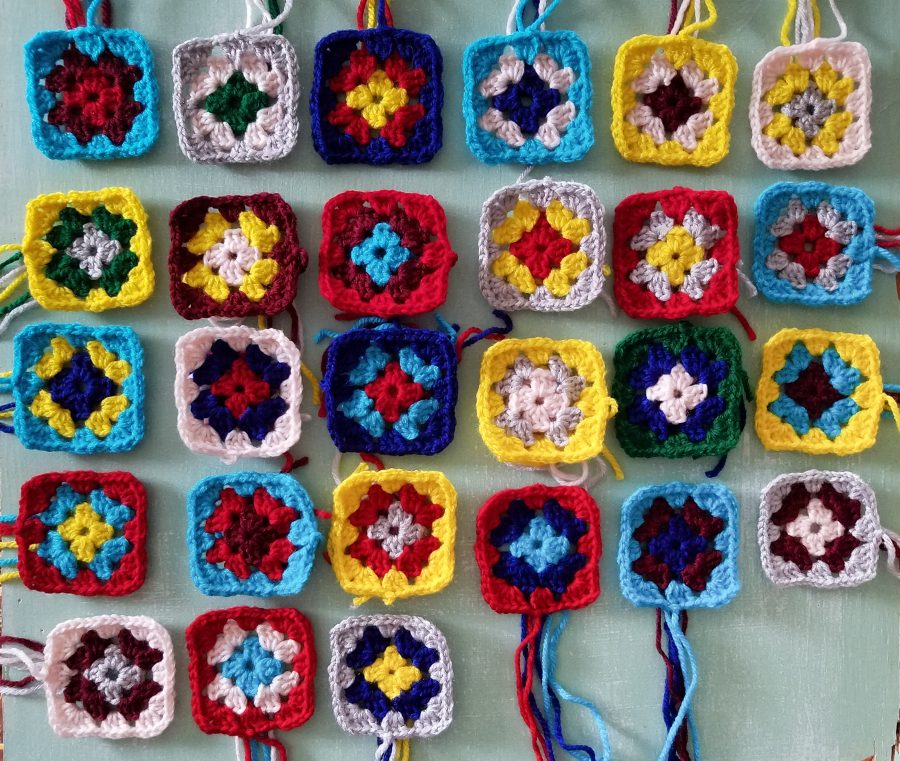 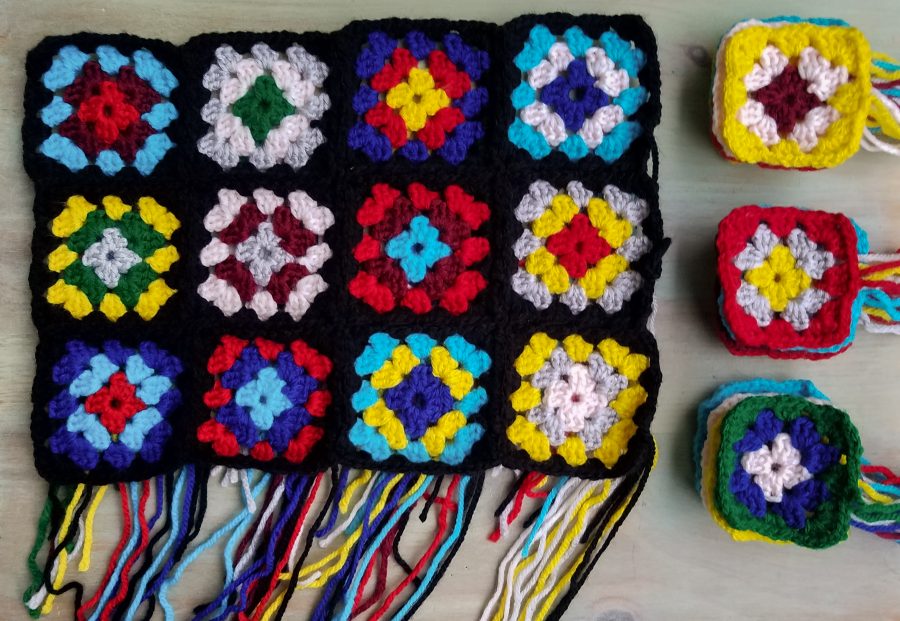 Using a photo of the blanket as a reference, I counted how many times she used each color in a square, and in which position. For example, I learned that in a blanket with X squares, red appeared X times in the first round of a square, X times in the second round, and X times in the third. (I had planned to actually give you the numbers there, and not leave X’s, but I’ve lost my notes 😬)

I then converted these numbers into percentages and applied the resulting color ratios to my own smaller project. The result was a collection of squares, connected by a field of black, that had the same feel as the original blanket. 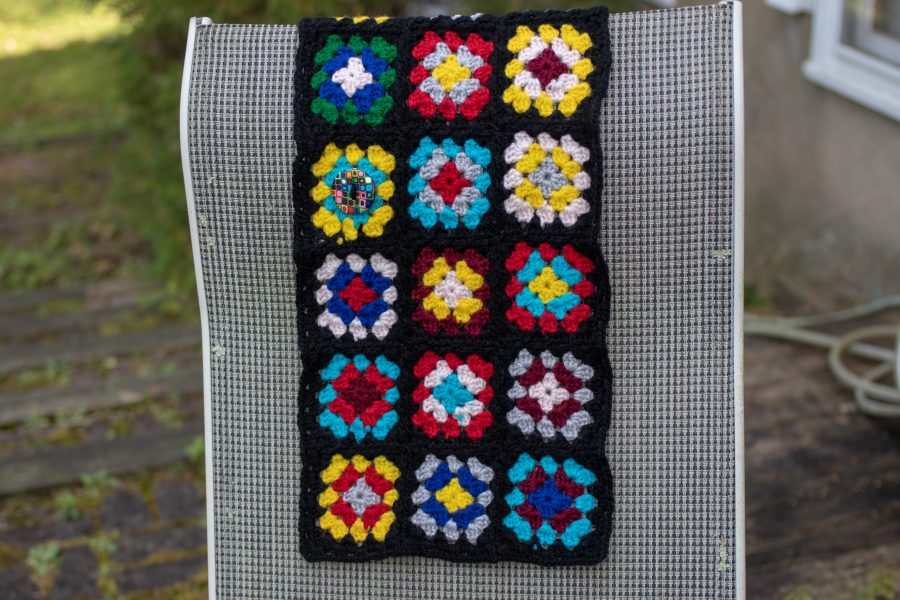 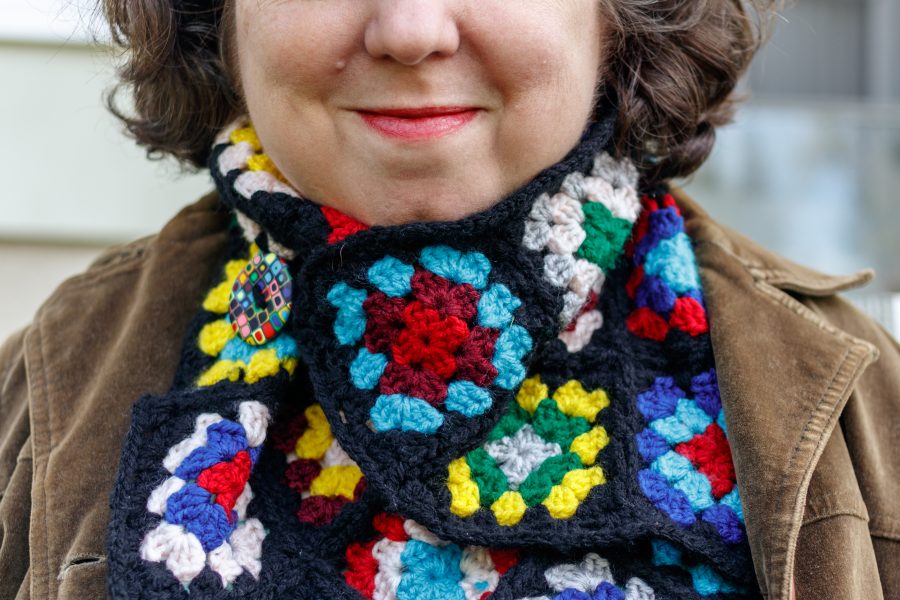 There are differences, of course. Most notably, I used all new yarn, but I imagine my great-grandmother made use of plenty of leftovers. Thrifty use of scraps was kind of the purpose of granny squares back then. So, the scrappy old piece has significantly more color depth and character than the brand new piece does. Still, it’s pretty close 😜

I think this is a fun and funky design, but in practice it’s been a little difficult to wear. It’s quite stiff. I’m considering disassembling and re-arranging the neckwarmer a bit, to make it longer and skinnier. And maybe I’ll add a few more squares so that it’s a proper scarf length. What do you think? 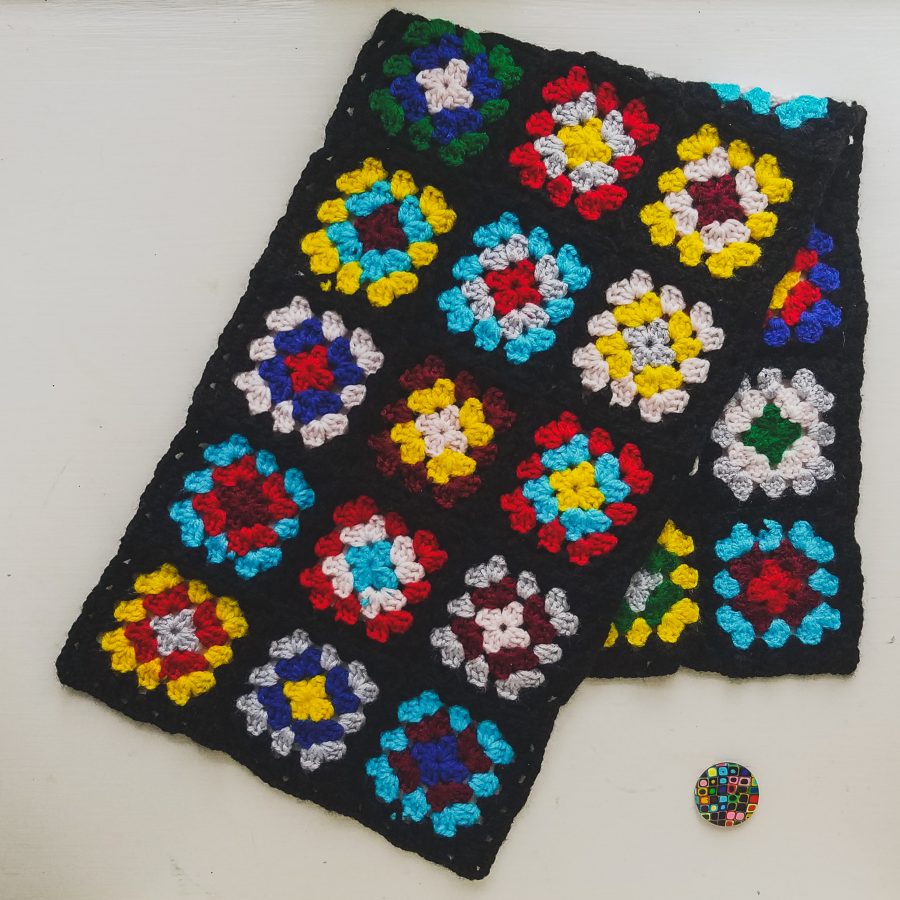 P.S. I made a polymer clay button as a closure, using that millefiori cane I mentioned earlier. It’s handy to have coordinating clay patterns on hand!