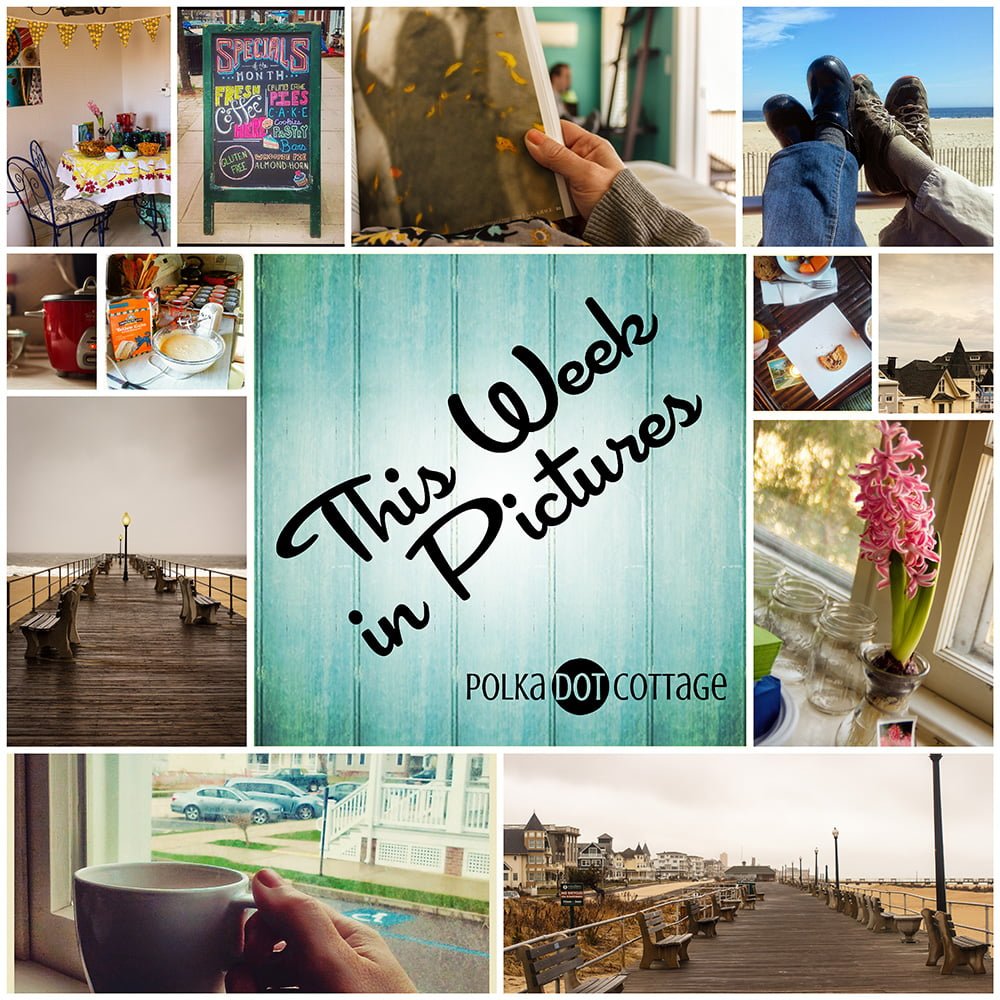 Oh! What a full week we have had! It started on Saturday, celebrating Eamonn’s 12th birthday with a little family party. Sunday was Easter and another family get-together.

The rest of the week has been Spring Break for us, and we decided to spend it flung across the state of New Jersey in several different directions. Aidan went an hour North East to spend four days with my parents. Eamonn went 20 minutes North to visit Neil’s parents, and Neil and I headed an hour and fifteen minutes South to enjoy several days of sun and relaxation at the shore.

I’d mentioned last week that we’d had our twentieth wedding anniversary, and this trip to Ocean Grove was our gift to ourselves. We spent three nights and four days at the Majestic Hotel, and when I say we “spent time there” I mean we actually were indoors for a great deal of it.

The first day was 60 degrees and sunny, but every other day was cold, rainy, and windy. We went out as much as we could stand, and we did get a chance to walk into Asbury Park, and around downtown Ocean Grove several times, but there was also quite a bit of hanging out in the room.

Honestly, I don’t mind a vacation where I sit on the bed flipping through a new magazine, processing beach photos on my laptop, or even just taking a simple nap. It may not be fun in the sun, but it’s a relaxing change of scenery nonetheless.

We came back on Thursday around lunch time, and those things I was putting off are right here where I left them, namely “doing my taxes” and “going to the dentist to deal with a broken tooth.” I guess play time is over. (Sigh.)

I’d like to share more pictures from our trip, so assuming I don’t get buried alive by the taxes next week, I’ll come back here and post a more detailed report.

365: 2015 98/365 – We went back out on the boardwalk this morning, and it was still super cold and fairly damp. We had to come home today, but we’ll go back there in a few months when the environment is more hospitable 😉

365: 2015 99/365 – Cooking rice and defrosting sauce. It’s pretty easy as suppers go, but I kind of wish we were still on vacation having somebody else feed us, anyway.

2 thoughts on “TWiP: Windblown by the Sea”