I’m slowly making over my kitchen. Very slowly, and kind of subtly: I’m not thinking paint or new cabinets as much as I’m thinking a change in linens.  I have plans to replace the napkins, the table runner, and my apron. I’d like to recover the chair cushions and change out the window valence, too, at some point. And the oven mitts and pot holders are in need of replacing, now that I think of it.  Yesterday, though, I started simply: with towels.

These are the towels I have used since we moved here: 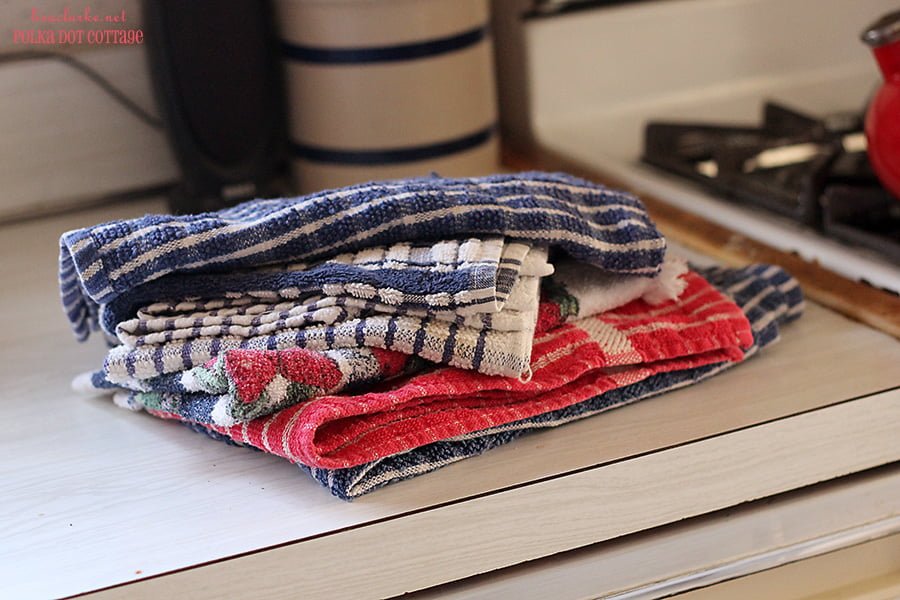 That’s fourteen years ago. A few of them are newer than that, but most aren’t, and they’re kind of ratty.  My style has changed since we bought these, and I like the idea of using a simpler, vintagey, cotton/linen towel.

Did you know you can buy “toweling?” It’s pretty much a heavy woven cotton that is appropriate for a kitchen towel and is already hemmed along the selvedges.  All you need to do is cut it to the length you want and hem the top and bottom.  Pretty nice. 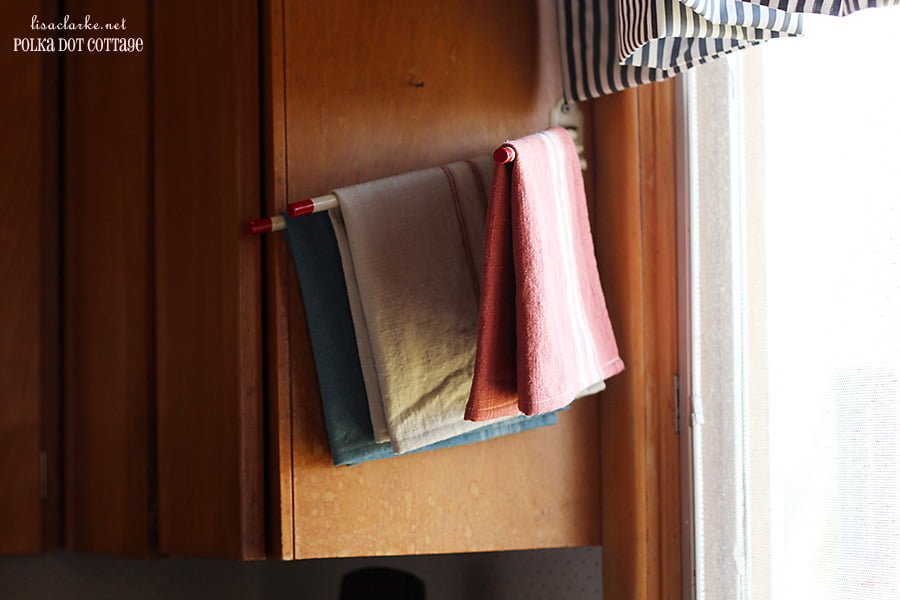 So I made four towels yesterday, and hung three of them up on the old towel rack that once belonged to my grandparents.

Slightly off-topic question: do you ever feel positively sure about where an object came from, only to be shocked one day with the realization that you were completely wrong? I have an old coffee grinder that I was sure used to be my parents’, but when I showed it to my mother recently, she said, “that wasn’t ours.” So where the heck did I get that thing, and why was I so sure it was a part of my childhood?

I mention this incident because it is the seed for a sudden doubt that I am having about that towel rack. Did I really get that from my grandparents’ house? Maybe I bought it somewhere because it reminded me of them. I could swear that it used to hang above their kitchen sink (or was it attached to the cabinet below?). But then, I could swear that the coffee grinder sat in my parents’ dining room, too… Oh, the joys of doubting one’s own memories! 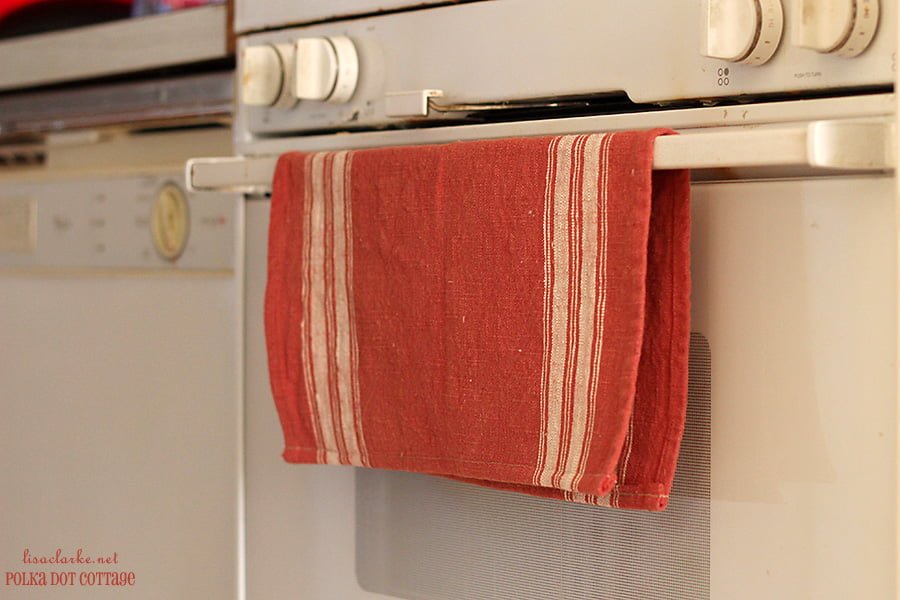 At any rate, there are new old-fashioned towels in my kitchen now, one of them hanging from the oven, the rest hanging from a doohickey that probably belonged to my grandparents, and probably held the towels that we used to clean up the dishes after a big Sunday dinner.

Note to self: have some big Sunday dinners.

Note to self #2: have the family all hang out in the kitchen and wash dishes together.

The fabric for these towels is from two different French General collections.  Kaari Meng seems to include toweling in nearly all of her collections, and they are unified by stripes in shades of red and ecru, and sometimes blue, too, which makes it easy to mix and match. I plan to make a few more with some toweling I found on eBay (here

I like that sewing is happening. I’ve missed it.  And these non-fussy straight-line projects are just my style.  Next up? Napkins, I’m thinking.

P.S. I have been just terrible about responding to comments on my last few posts. I’ve read them, but I keep thinking, “oh, I can answer this later,” only now it is much later. I hope to go back and answer the ones that had questions in them today, but in case I don’t get to it, please accept my apology!

11 thoughts on “Start with new towels”