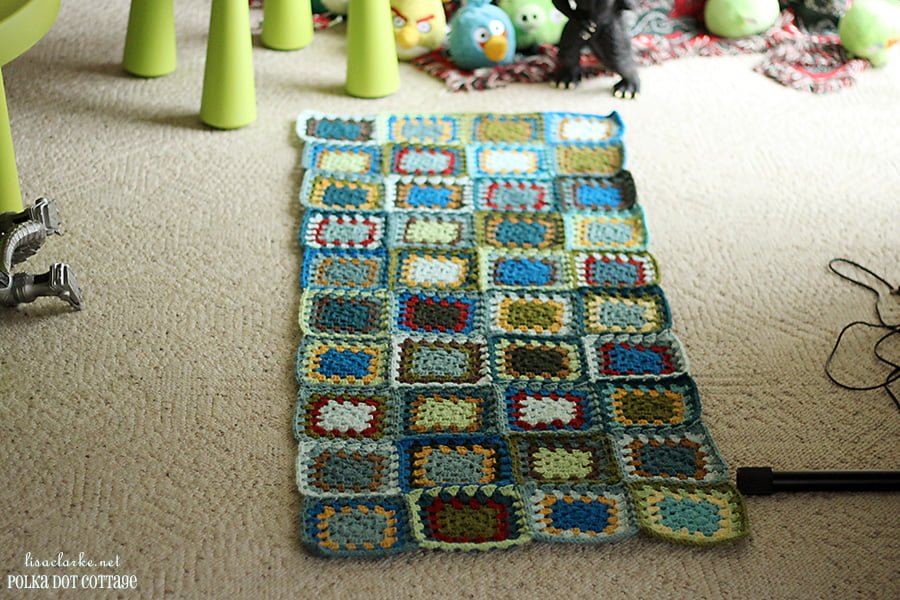 I’ve been wanting to give you a progress report on Eamonn’s blanket for a few weeks now.  I would take a picture of the blanket, but then I wouldn’t have time to blog, and by the time I sat down to do it, I’d have more progress to show. So I’d wait until I had a chance to take another picture, but then I didn’t have time to blog, etc. etc.  Essentially my photos were always out of date by the time I could talk about them. 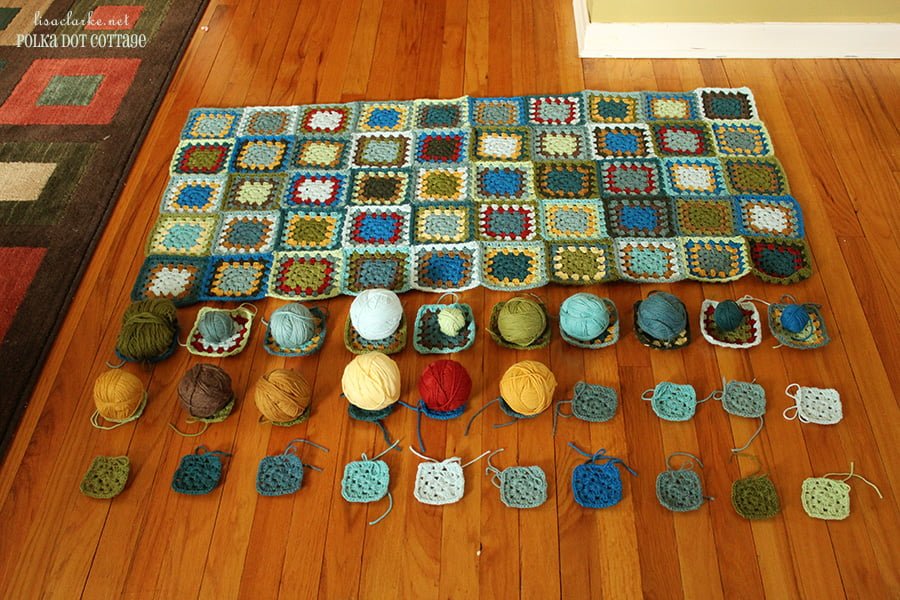 To be honest, my photos are still out of date, but not by a whole lot, so I don’t care. Let’s do this thing!

If you remember, the blanket is going to be 10 squares by 8 squares.  I’ve done six of the eight rows, and the last two are in various stages of completion.  I may be able to get the whole thing done by the end of the week.

I had originally been doing one row at a time, at a rate of a row per week, but I got a little bored of that approach after row five, and spent week six making all of the centers for the blocks of the last three rows.  Since then, I’ve been adding more stripes to the centers, and attaching some of the blocks to the main blanket.  As of this writing (week eight), I only have 14 blocks to complete and attach. Very do-able. 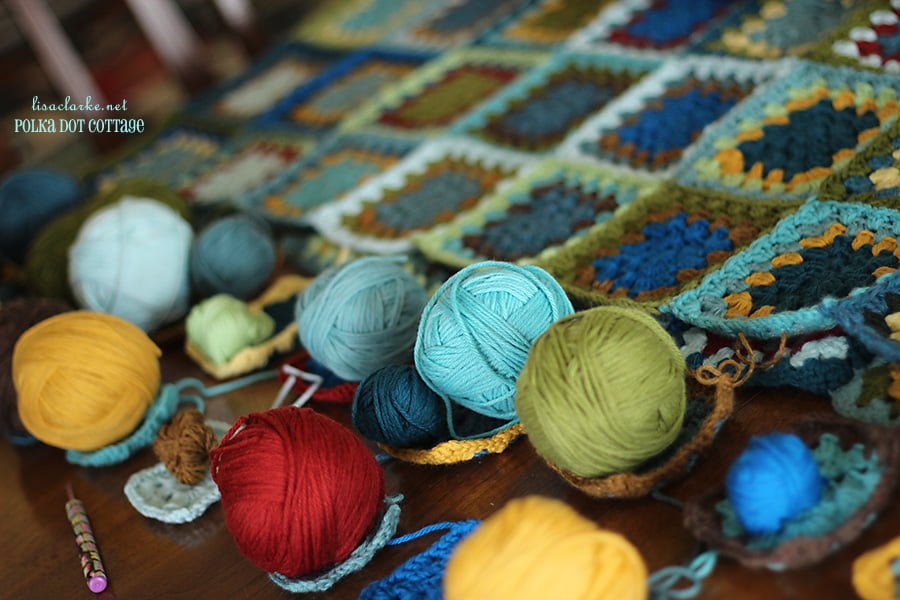 There will be a border around this blanket, although it is somewhat a bone of contention between Eamonn and I at this point.  I have had a definite plan for this border since Day One: three stripes around the outside. One in gold, one in pale aqua, and another in a darker aqua. Eamonn decided that he only wants one stripe and he wants it in red.

The three-stripe idea is important to me, so I’ve agreed to compromise and do one of the stripes in red and another in the bright blue he likes, even though they are not my favorite colors.

Eamonn still wants only one stripe and he wants it in red. He’s killing me over here.

I feel this may be the time to teach the boy the art of compromise.  Or of sucking it up. I’d really just rather go with gold and aqua…

So, anyway, the blanket is coming along, and I when it’s time to do the border, I’ll finish up the tutorial and share it here.

This project is available as a handy PDF in two flavors: a step-by-step photo tutorial, and a pattern-only version for the crochet-savvy.

Thanks for your continued support! 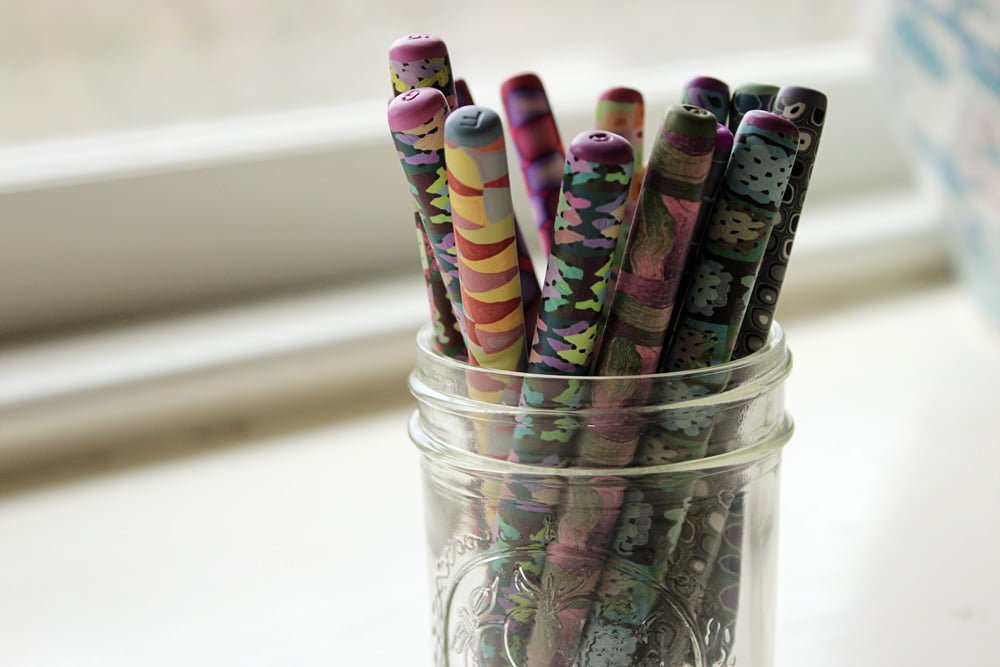 On a slightly different note (but only slightly), I realized I never mentioned that I have some more crochet hooks in the shop.  I made a bunch of G hooks in the new Afghan pattern, so if you liked that, you should take a look!

Also, Neil gave me the idea of having a waiting list for custom orders, since I’m not currently making hooks on demand.  That Neil is always so full of great ideas. So, if you want a custom hook, just put your name and preferences on the list, and you can be the first to know when I’m ready to make more.  Yay!

By the way, I am thinking of making up a feedback page for the hooks, so if you got some and you are happy with them, I’d love to include a little blurb from you. There’s a form for that, too!