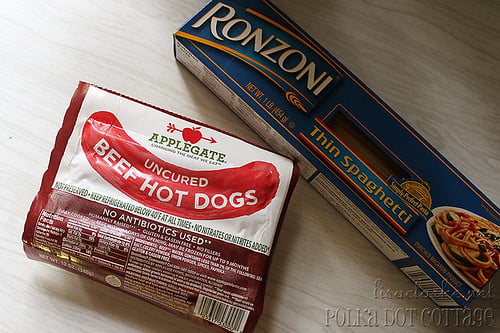 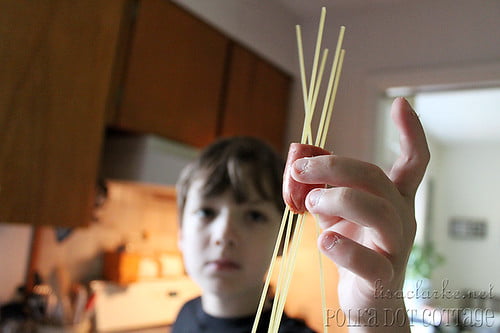 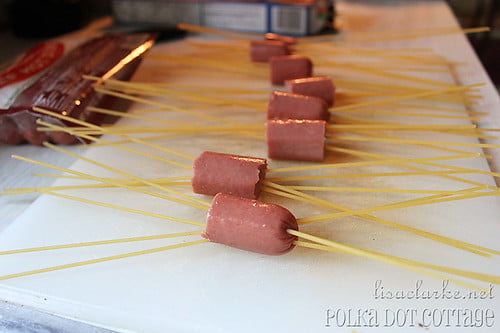 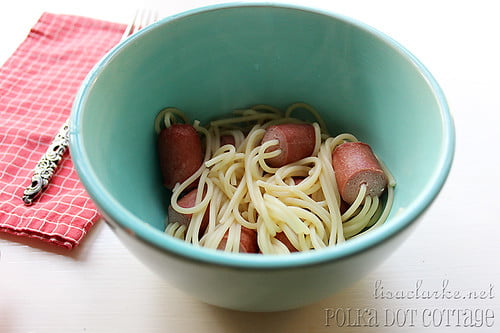 I first saw this on Pinterest with no source given.  I found it repulsive in a can’t-avert-my-eyes kind of way, and so I google image searched my way to the original.  I showed it to the one person in this house (other than me) who likes both pasta and hot dogs, and he was all over the idea.

There’s really not a whole lot to it.  Insert uncooked spaghetti into cut up hot dogs, boil until “legs” become wiggly and (let’s be honest) a little stomach-churning.

We only made eight, because nobody but Eamonn planned to try them.

He and I actually filmed the making of this recipe in an effort to give you another installment of the Flufy Cooking Show, but sadly my SD card is refusing to give up the goods when I insert it into the computer.  So no video today, but maybe tomorrow if I manage to get it working.

As far as the recipe itself, what did the little one think? “Not as good as plain pasta, but still really good.”  Should we make them again? “Definitely.”

So there you have it.  Easy to make, fun to eat, and just a wee bit gross.  Perfect 8-year-old boy fare!

How about you – cook up anything kid-friendly and/or weird lately?