It’s been a full few days.  Eamonn and I baked bread yesterday – a delicious loaf from the bread machine cookbook I could not live without, called Maple Buttermilk Bread.  I wish that I had altered the recipe in some way so that I could freely share it with you, but I did not.  It was perfect as written.  It was so perfect that there is not a single crumb of that loaf left.

I spread natural peanut butter on a few slices for Aidan, after which he proclaimed it “the best sandwich he’d ever had.”  Eamonn took one of the ends and just tore out the soft center, eating it by the handful.  He’s a boy after my own heart.  I have no use for crispy crust.  Just give me a tender inner crumb and I’ll be happy.  Often deleriously so.

The boys have put in their request for another loaf as soon as humanly possible.

Also yesterday, and completely unrelated to any breadmaking activities, Neil’s face swelled up, prompting a visit to the dentist.  Dr. Dentist prescribed oral surgery, to take place this morning, which it did.  I am now wife to a drooling zombie for the next few hours.  I say”drooling zombie” with affection, of course.

In the course of making bread, finding Neil a dentist, filling out new patient paperwork and printing driving directions for Neil, baking a strawberry-rhubarb crisp that became strawberry-rhubarb glop due to the absence of a key ingredient that I was too lazy to go to the store and buy, arranging someplace for Eamonn to spend the afternoon today, taking Neil to his appointment this morning, waiting in the dentist’s office for enough time to disrupt my schedule but not enough time to finish any of the things I brought with me, bringing my poor zombie home, running to the drug store for advil in anticipation of the zombie effect wearing off, and poking the beast every 20 minutes or so to make sure he’s still breathing, I seem to have misplaced my Thursday and Friday. 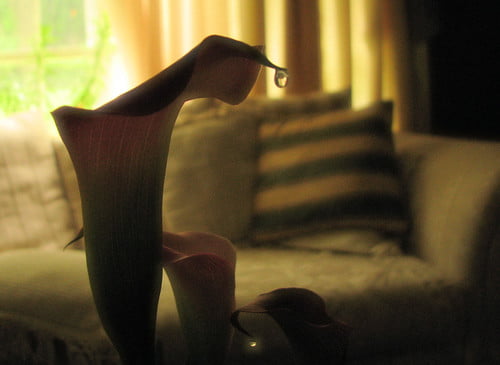 Actually, there’s still plenty of Friday left at this point, but there’s also still a drooling zombie on my couch.  I’d rather not go about my business until he’s a little more human.

As an aside, I think it’s a lot to expect for a patient to go under general anesthesia at 10:30 for a bit of surgery and then be ready to go home by 11:30.  Originally, they thought they’d be sending him home with me about 15 minutes earlier than that, even.  I’m not at all experienced with surgical procedures – only had one myself – but I sure would have felt more comfortable to have trained professionals hanging out with him for another hour or so before they turned him over to me.  I’d have gladly waited.  I brought two books to keep me entertained.  I would not have been bored. 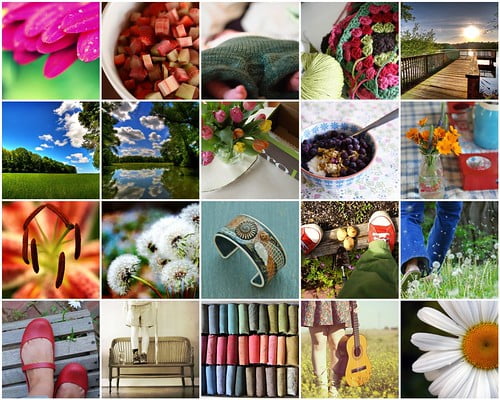 Oh well.  I hate to end this post on a complaint.  It’s a beautiful sunny day today, and in about an hour, Aidan will be home from his class trip to the planetarium.  Neil is looking slightly less hungover, and the birds are chirping merrily outside the open window.  On top of that, there is a big box of healthy pop-tart alternatives arriving via UPS today, and a beautiful mosaic of flickr favorites to look at above.  Click on the image for the individual photo credits, and have a wonderful Friday!

2 thoughts on “Attack of the drooling zombies”