I published two new playlists last week: Quiet Time 11, and Robots Need Love, Too. That’s ten new playlists this year, ranging in style from bedtime music, to work-friendly instrumentals, to classic tunes from the 60’s through the 90’s, to current indie pop/rock and alternative mixes.

My taste can be a bit eclectic 😜

Here’s a bit of information about the two new ones. You can listen right here on the blog, or follow the links to 8tracks and listen to them there. Or, download one of the 8tracks apps, follow me, and listen on the go.

If you are a fan of the previous ten Quiet Time mixes, you’ll be pleased to hear that this is just more of the same: one instrumental tune, followed by 15 bedtime-friendly songs. About 2/3 are recent releases, and 1/3 are twenty or more years old. As usual. Why mess with what works?

I told myself I didn’t need another Fall mix this year, because last year’s mix was so terrific, and is still in heavy Autumnal rotation. Still, I had a bunch of songs I was eager to listen to with more regularity, so I found myself making a new mix anyway. And, to be honest, even though it’s late October, I still wouldn’t call it a “Fall mix.” At least, not in the sense that I usually use that term. 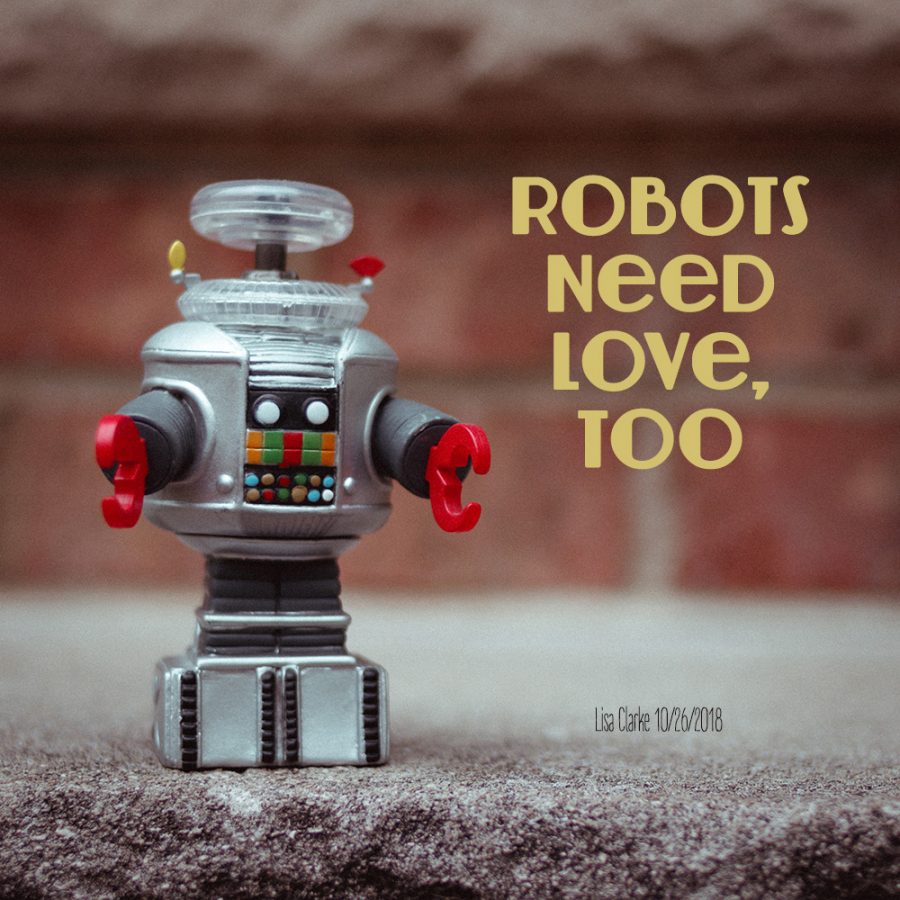 There’s a sound that a good Fall mix has. I’ve talked about that a bit in the past.

Also, a good Fall mix has some songs on it that are actually about Autumnal things.

This mix doesn’t have any of that. It just happens to have been compiled in October.

The music for this playlist came from many places, as it often does:

This is one of those mixes that is mostly new, but I felt the urge to also include some older tracks from artists I have loved over the years (Toad the Wet Sprocket, Billy Joel, Indigo Girls, Crowded House, 10,000 Maniacs, and John Denver). In those cases, I picked songs of theirs that I’ve never put on a published mix before.

Despite the diversity of the artists, I hope that I’ve managed to pick tracks and arrange them in a way that flows nicely from one song to another. That’s always the goal, anyway 😊

Robots Need Love, Too from lclarke522 on 8tracks Radio.

I had fun making this cover. I borrowed the Lost in Space Robot figurine from Neil and photographed him on the front steps. He looks like he’s holding out his arms for a hug. The title for this playlist came from the first track, which is called “Robots” and features the line “Robots need love, too.”

I “aged” the image by using my “1981” preset from the Creative Photo Edits #1 collection I have available in the downloads shop. I also added some grain to make it look more like the image was taken with a film camera.

That’s probably all I’ve got for 2018, unless I decide to do a Christmas mix. I’m pretty sure I won’t be doing that, but I’ll never say “never” 😁

1 thought on “Robots Need Love, Too”