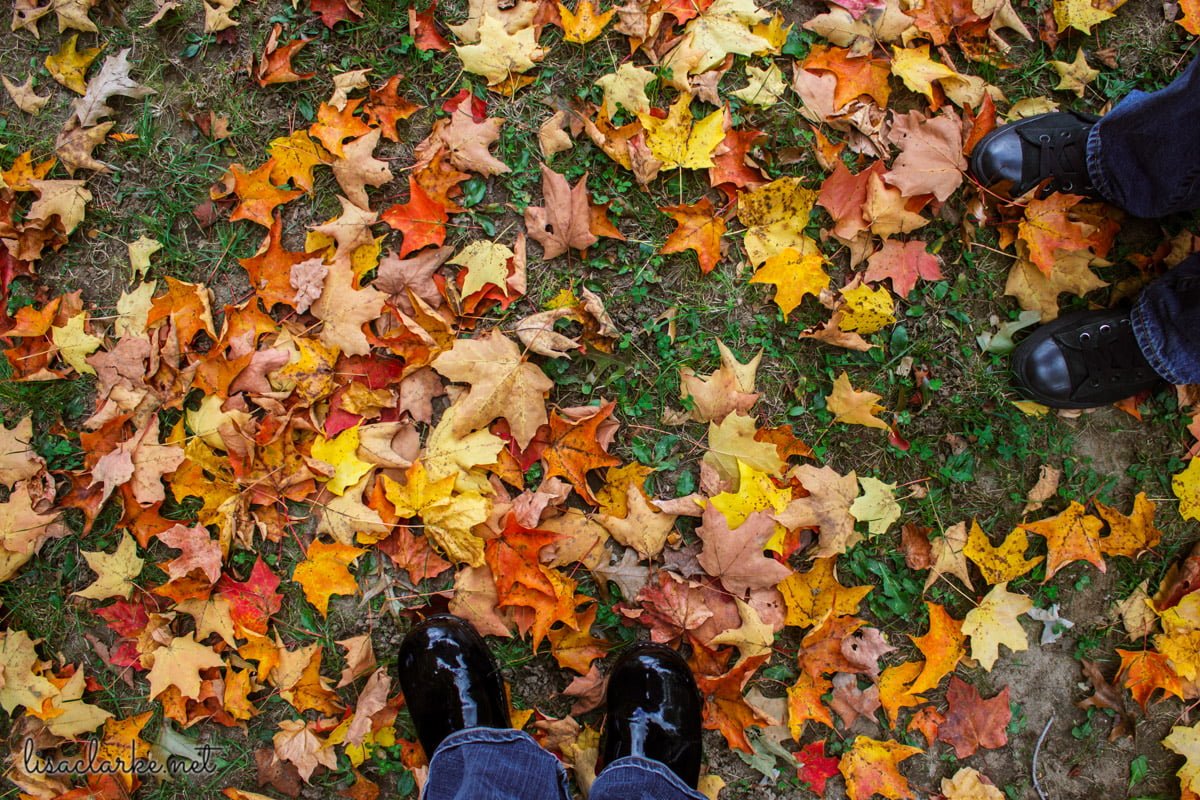 You may have noticed that I make playlists a lot. And you may also have noticed that I have a tendency to be seasonal about it (i.e. a Winter mix, a Spring mix, etc.). I try not to put songs about snow on playlists I create in June, and I try to keep falling leaves out of my January mixes.

It wasn’t always like that, though. In fact, it’s a pretty recent thing for me. At most, it’s been a four-year trend, but with one notable exception: Fall.

I made my first specifically-autumnal mix tape 20 years ago. Would you like to hear it? First, mentally transport yourself back to 1996…

In 1996, I had been married only a year, I was 25 years old, and I was working in IT as a programmer for a building materials company. Life was pretty different then.

I have to admit, some of the songs I chose then make me cringe now, but I’ve left them there for historical accuracy 😜

I enjoyed this mix tape so much, I went ahead and made another Fall mix just over a month later. I was commuting for a little over an hour every day during that time, so I had plenty of opportunities to listen to music.

In 1998 I made Hey Punkin, and after that, I took an 8-year break from new Fall playlists.

By this time, I no longer had a vehicle with a cassette deck, and I’d moved on to CDs.

I played the daylights out of that CD.

Skip ahead 10 more years and here we are.

Actually, back up a minute. While I am enjoying the symmetry of sharing Fall playlists from 1996-2006-2016, I should at least mention that I’ve been cranking them out almost yearly at this point.

There’s 2012’s Put on a Sweater, 2013’s Pumpkin Spice, and 2015’s Sunflower Fields, not to mention a few August playlists that have more of a early fall vibe to them than a late-summer one.

Anyway. Back to 2016. I’m 45. I’ll soon be commuting again. I have teenagers. I’ve been married 21 years. Life is, once again, quite different than it was a decade ago (although, oddly similar to two decades ago, as my kids get older).

The need for Fall music seems to be a constant, though. You may have already seen this when I posted it last week, but just in case you didn’t, here’s my playlist for 2016. At this point I’m making mp3 CDs, although technically I could just stream the music directly from my phone or mp3 player. I am a holdout to the CD format, though, strictly for artistic reasons. I like making covers.

Crisp from lclarke522 on 8tracks Radio.

What’s with me and Fall music anyway? I thought maybe I just had some weird hangup with this season and music, but I’m starting to realize that it may be more universal than that. Just take a look at 8tracks. The place is crawling with new pumpkin spice themed mixes! I think maybe a lot of people get in the mood for a specific kind of music at this time of year.

How about you? What do you like listening to in October? Do you have seasonal tastes? Any favorite playlists you want to share? 🍁