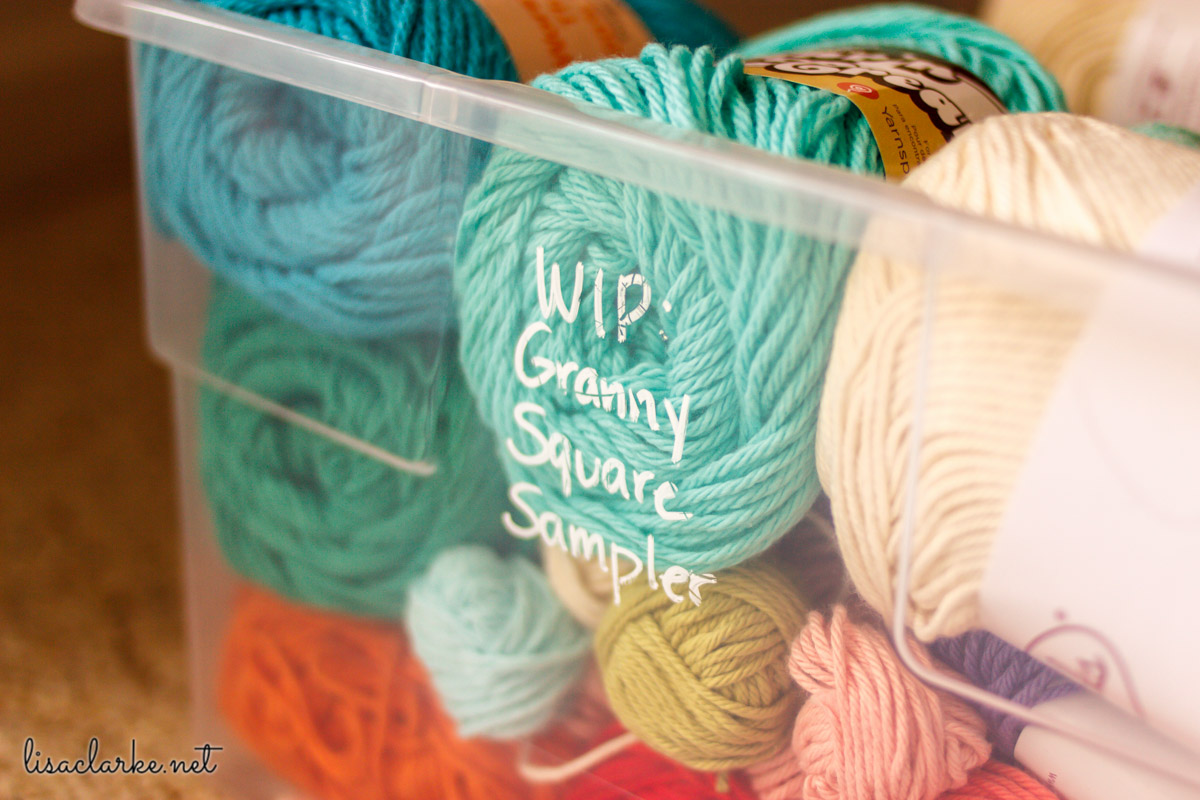 I just have not been able to focus on any one new project for the last few weeks. I really thought I wanted to knit a new sweater, but after three interrupted (and ultimately aborted) attempts, I have realized that I probably do not want to knit a new sweater after all.

In between my knitting fits and starts, I found myself getting distracted by instant-gratification crochet projects, in particular coasters. I also came up with a grand idea to supply my kitchen with a set of at least 3 striped mason jar cozies, but I quit after the first one. 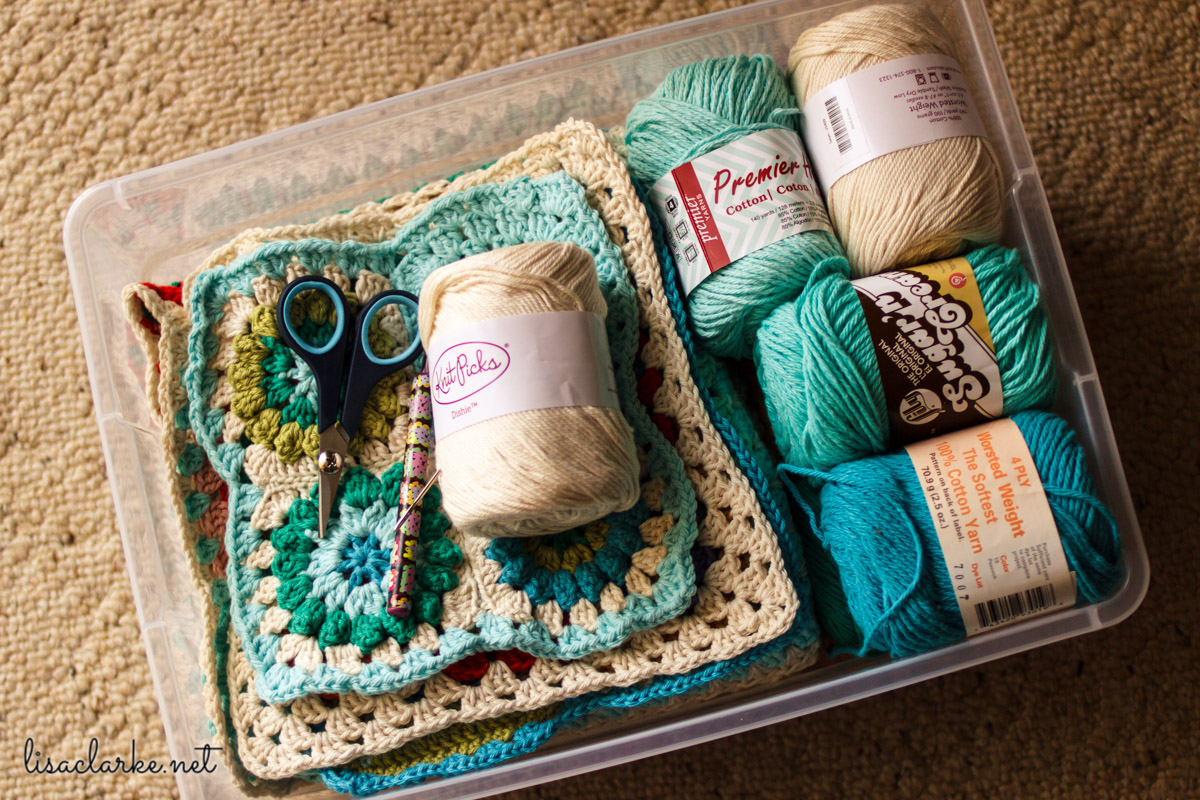 I find it disturbing to be without an ongoing project. I feel like my evening TV time is a total waste, if I’m not also accomplishing something at the same time. Nevermind that sometimes a person just needs to sit on the couch and relax without worrying about being productive. I seem, most nights, to be incapable of thinking that way. And so I stress about needing something to keep my fingers busy.

The other night, in desperation, I dug an old WIP out of the basement: the granny square sampler. 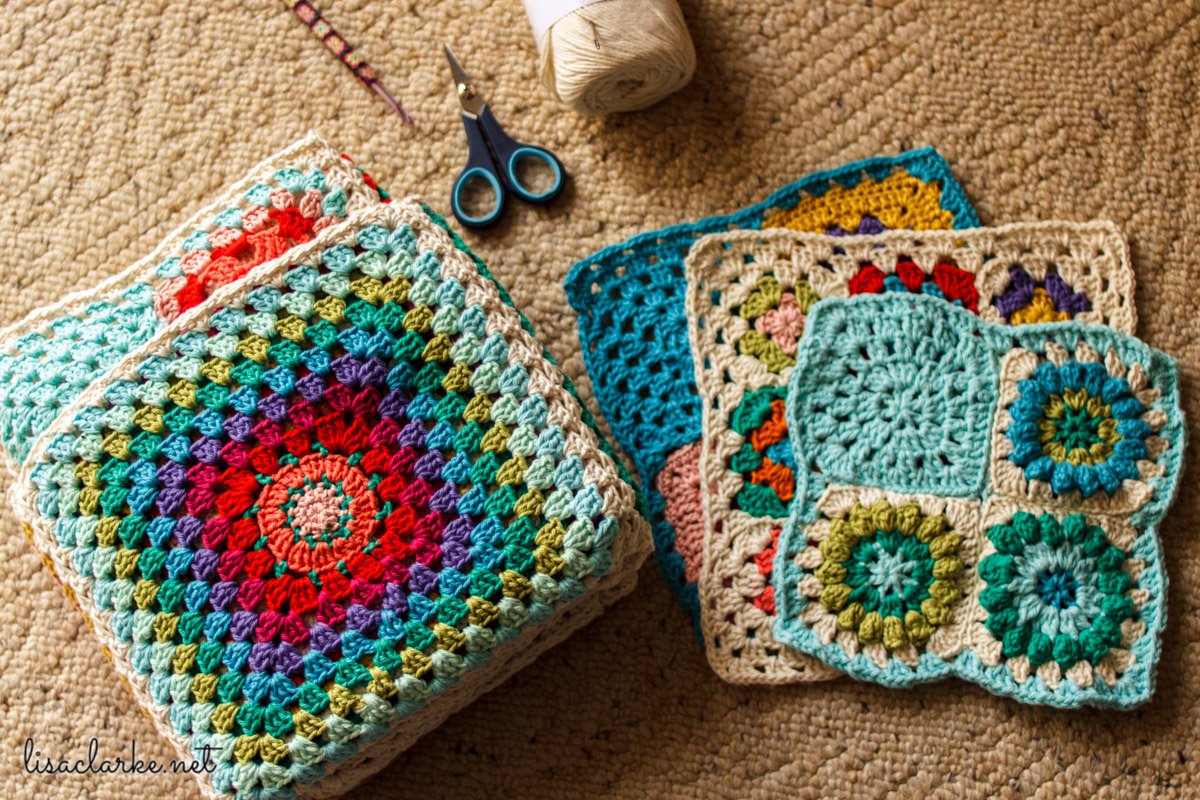 Remember this old thing? Blair started this CAL in the summer of 2012, almost four years ago! I got as far as almost completing all of the squares before I lost interest.

I picked it up again a few years ago, completed those last remaining squares, and then realized that I hated everything about the project. 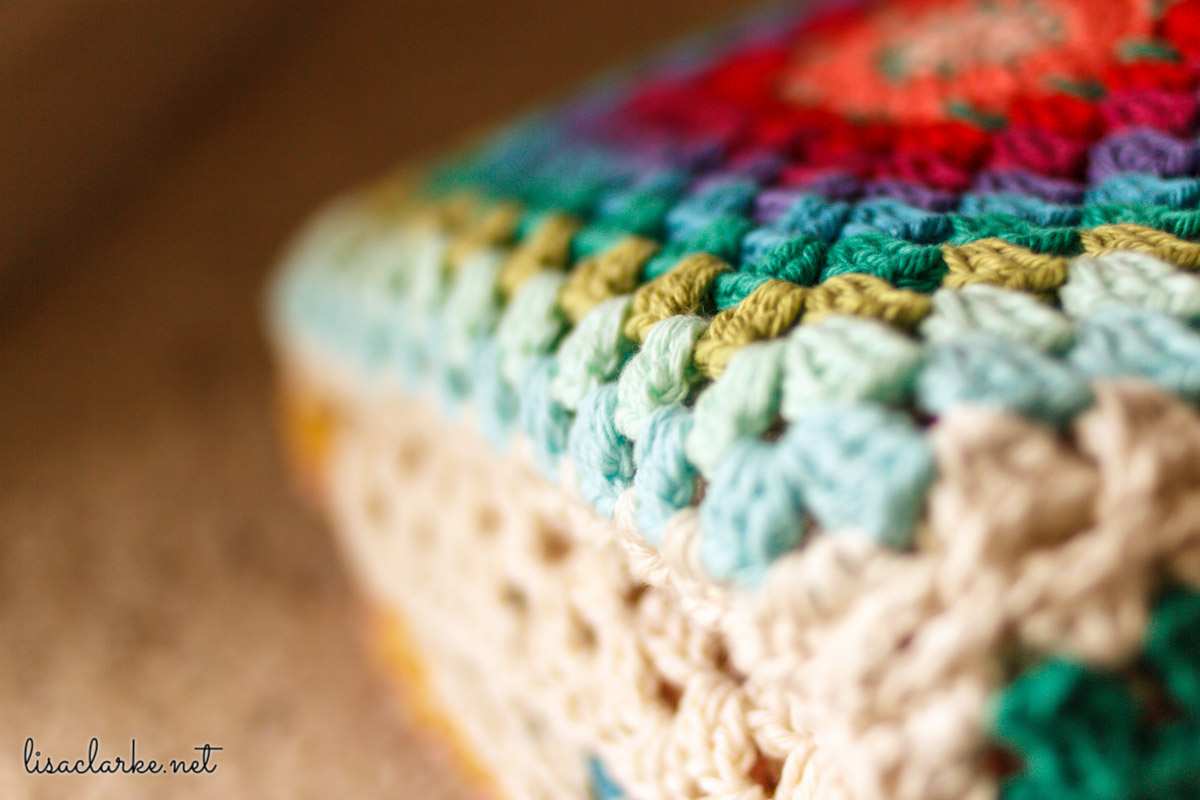 Ok, maybe not everything. I still liked the colors I chose, and I thought some of the squares were really interesting and attractive. But the idea of taking all of these random motifs and forcing them to fit together? Ew.

You can read more of my thoughts on the subject here, but suffice it to say, I decided that I would have to go my own way in putting the blanket together if I had any hope of liking it at all. That was when I decided that I needed to rework all of the random little squares into similar big squares. Then, when that was done, I would just have the task of connecting twenty squares, all the same size.

It was a great idea (if I do say so myself) and I worked towards it for some time, but eventually the lure of something newer captured me and I put the blanket and supplies back in the box.

I took everything out of the box and was surprised to see how much I’d actually already accomplished. In fact, if I worked on it every night, I could have it finished within a week!

As it turns out, I’ve had other things to do some nights, so it’s still not completely together, but it’s getting close! As of last night, I had only three more large squares to connect. After that, it’s just the matter of a border. I think I know what I want to do there, but I’m just going to wing it.

I really like the way this is coming out, although it’s still a little too random for my taste. I’m sticking with my plan to put it in the car. My charcoal gray interior could use a little perking up.

I’ll share again when it’s complete. Assuming I don’t get lured away again, that could be next week 🙂