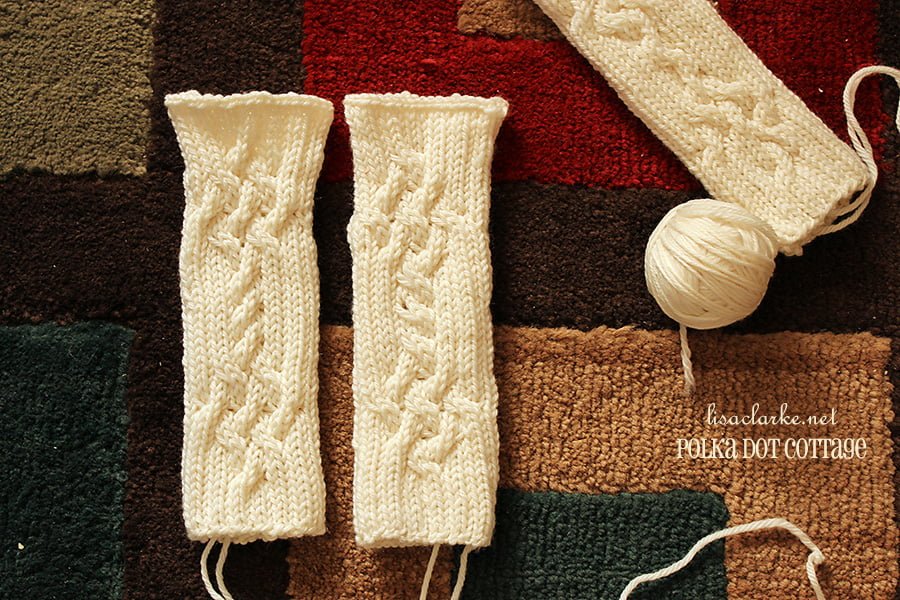 I am not a perfectionist about most things, knitting included.  I tend to think that any errors in the fabric are far more visible to me than they would be to the casual observer, and as such, I often let little imperfections slide.  These Trenza Mitts, though, crossed the line from “little imperfections” into “glaring mistakes” before they were complete.

And yet, I knit on, and finished them, planning to gift them to my mother-in-law for her birthday.

The first mitt went off without a hitch. I was so pleased with it.  The second one? Not so much.  Three times I cast on for it.  Three times I knit a couple of inches, made a stupid mistake, tried to fix the mistake, made it worse, and ripped it out. By my fourth cast-on, I got more than halfway through the glove before I realized I’d switched a few left-facing cables with right-facing cables along the way and really botched up the pattern. (See the glove on the right? It’s most noticeable in the center stretch, but really, they are messed up all over.) 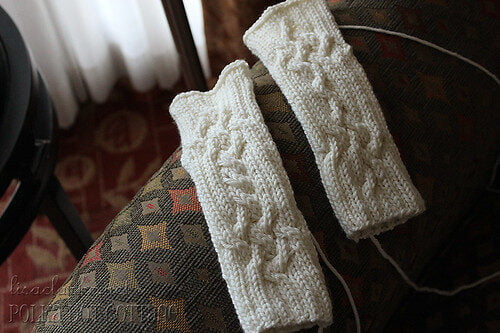 At this point, I had less than a day before her birthday and I found myself firmly in “she won’t notice, will she?” territory.  I finished it up and planned to give it to her that way.  I mean, it wasn’t that bad, really. (Perfectionist much? Clearly not.)

Well, long story less long, life intervened and we ended up making birthday plans for later in the week.  For two days those mitts taunted me, “fix us! you can’t give us as a gift looking like this! fix us!”  I resisted as long as I possibly could, and then resignedly cast-on a third mitt.  This time, I clearly marked the pattern to show my confuzzled brain which cables had me holding stitches to the front and which ones had me holding them to the back.  Even then I made some mistakes, but I found a YouTube video that showed the proper way to un-knit and un-purl (my old way always resulted in twisted stitches and looked terrible). 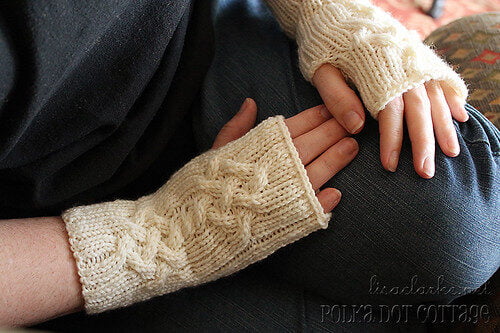 I felt much better about gifting these mitts, and she seemed to like them.

When I started writing this, it was to show how much of a perfectionist I am not, but what I ended up with was a story of a messed-up project driving me so crazy that I was forced to re-do it.  Not sure I proved my point there at all…  You will just have to take my word for it, that if I didn’t have those extra few days to re-do the second glove, I’d definitely have given it to her the way it was, and hoped she didn’t notice.  Really. Probably.

Modifications: I moved the thumb holes up eight rows and didn’t knit actual thumbs (I left them as holes)

2 thoughts on “The tale of the imperfect glove”