I think maybe I’m being bitten by the clay bug again.   Case in point: these pens 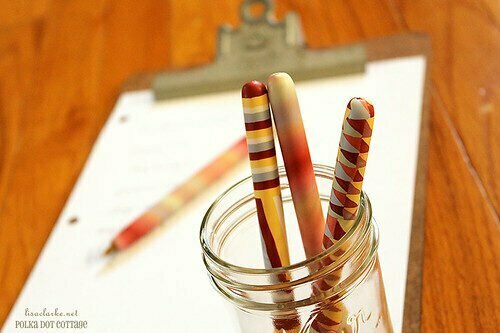 Yesterday I allowed myself to be distracted (for an hour or so) from my book store packing and shipping duties by the thought of a new pen.

I do think about clay-covered pens often (usually as I am pulling apart the couch or rifling through somebody’s backpack, desperately seeking something to write with).  Pens and pencils have a habit of disappearing around here, but it always seems to take the special clay-covered ones longer to go missing.

So, I do think about making myself a special pen often, but the thought is generally fleeting.

Yesterday, though, the idea of sitting down at the clay table to make a new pen nipped at my heels like an enthusiastic puppy, until I put down my clipboard and indulged the urge.

I really wanted a red-ink pen covered in a pattern that featured red prominently.  So I made one. And then, because I had more patterns in those same colors, and because of that darn nipping at my heels, I made three more.  Four fun-loving red pens covered in a seductively-smooth coating of red, blue, and yellow clay. 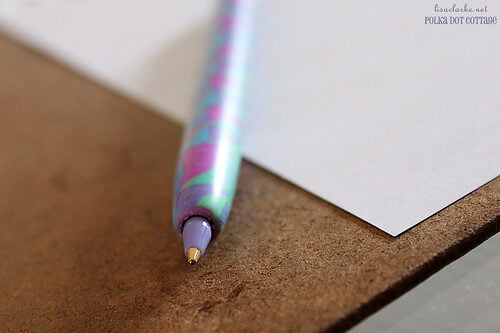 …I suddenly needed (needed, I tell you) one in purple.

13 thoughts on “Nipping at my heels”