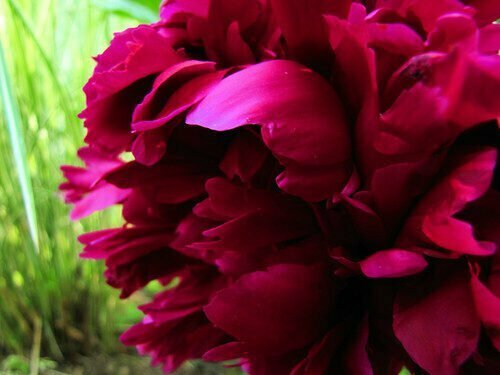 I’ve had a blog since 2005, but I didn’t move to my own host until June 1, 2007.  My first post in my new blog home featured a picture of our one annual peony, in a cup on the kitchen shelf.  In what has become an unexpected late-May ritual, I have snapped a photo of that bloom every year…

This year, I was so happy to see that we have a second bloom on our peony plant!  In an effort to encourage even more growth next year, I decided not to cut the flower, and not to put it in a cup on my kitchen shelf.  I do miss it in there.  I miss it’s lovely scent wafting over the sink, on the breeze that comes in through the window.  Still, it’s pretty right where it is on the plant.  And I make a point of smelling it every morning after I’ve sent the kids off to school. 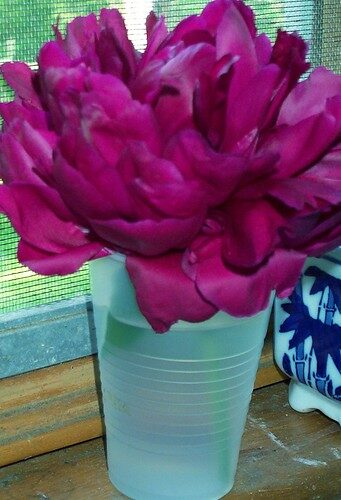 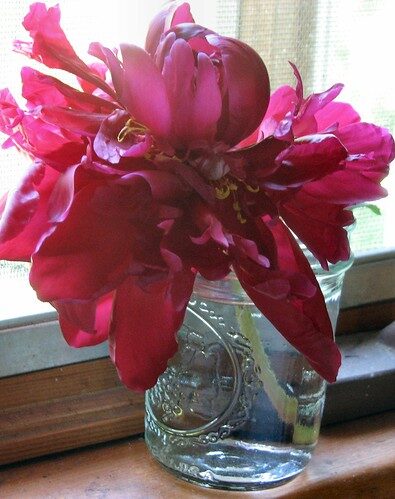 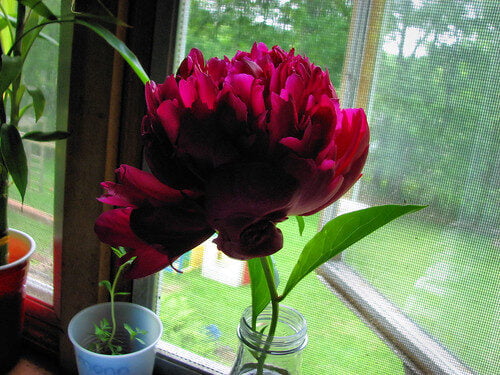 I like to see photographic evidence that my picture-taking skills are improving, and I’d say these shots qualify!

Now, to resist cutting this year’s flower and sticking it on the windowsill in the name of consistency… think I can do it?

P.S. I just happened to notice that yesterday was the third anniversary of the day I bought my sewing machine.  And three years ago today, I made my very first project.  Buying that sewing machine is one of the best things I ever did for myself.  It’s been a fabulously crafty three years!

5 thoughts on “Peonies: a retrospective”