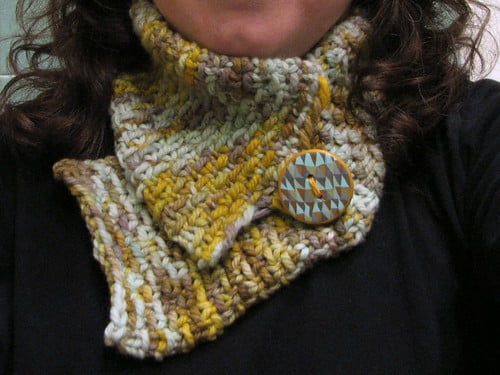 I finished my little neckwarmer project.  And, wow, was it ever a quick knit!  I nearly completed the whole thing while watching TV last night.  I should really call this my “Stargate Atlantis Series Finale Scarf” but I think I’ll stick to the simpler “Malabrigo Neckwarmer.”

Button:  Ah, the button.  Well that nearly deserves it’s own post.  Read on… 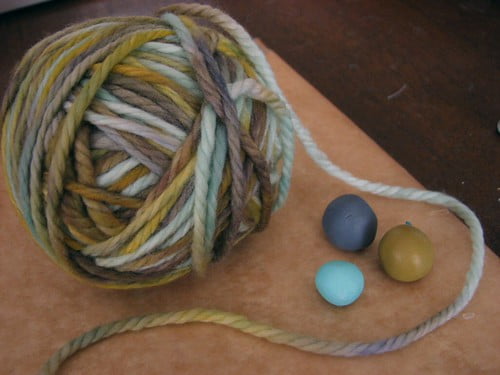 Raise your hand if you knew I was going to do this.  “This” being, mix up colors to match my yarn.  Really, it was inevitable.  I mean, if I’m going to make buttons to coordinate with my favorite fabrics when I’m on a sewing kick, then yarn during a knitting kick couldn’t be far behind. 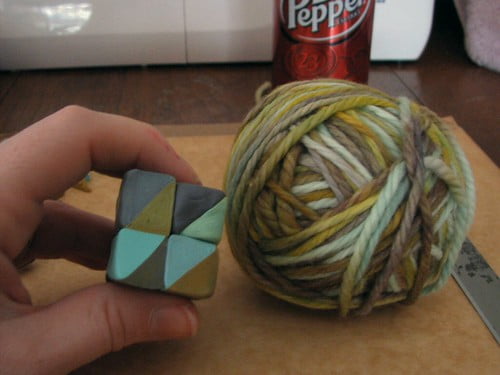 I decided to make a big button for my scarf, and I decided it needed to be made in my Triangle pattern.  The Triangle cane’s make-up – with three main colors blended together to varying degrees to create a multitude of hues in between – is very similar to that of the yarn and the way it’s main colors blend together to form intermediate hues. 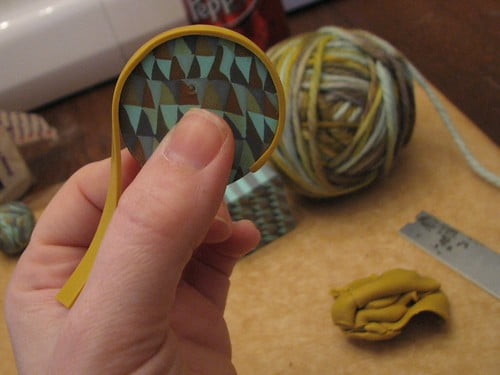 Once the buttons came out of the oven, I decided the minty color was a little much.  I had made it dominant on purpose, but I regretted that decision once I saw it in action.  What was missing, I thought, was that bright gold color, so I mixed some up and used it as the border color, hoping it would tone down the mint a bit. 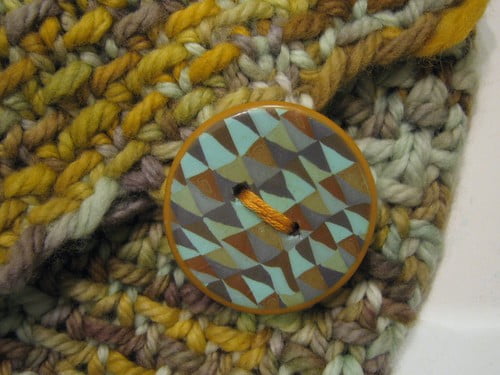 I think it was a good choice.  I am pleased 🙂 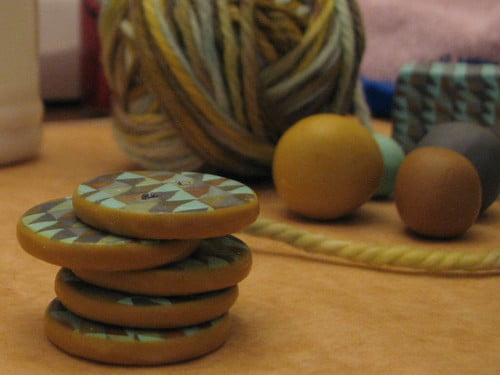 Oh, and look.  Extras.  Whatever shall I do with those? 😀

28 thoughts on “She of the warm neck”