(A rather large nutshell, apparently) Here’s what’s been happening in our Polka Dot Cottage for the last few days: 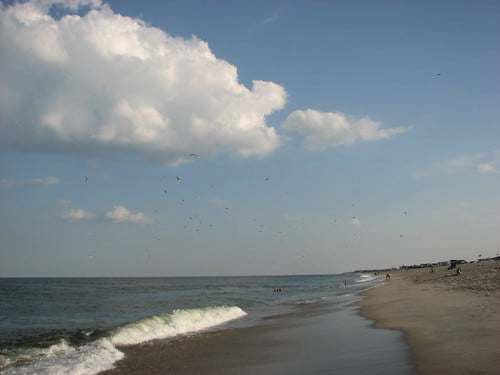 First, we finally took that evening beach trip I’d promised the kids. Various factors had been keeping us from going for the last few weeks, but Wednesday we managed to do it. And Neil was able to come with us, which was nice. 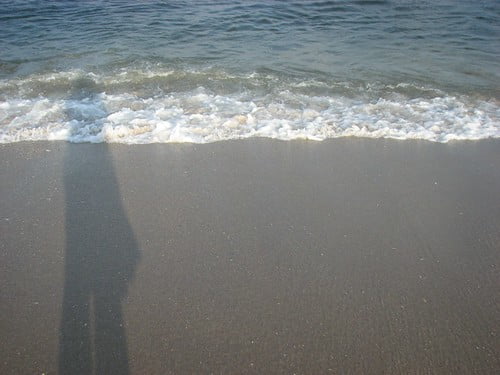 The day was a gorgeous one, not too hot, very little humidity, and we arrived down the shore around 5pm. By that time of day they aren’t charging anything for beach access, which is nice, and the majority of the sun worshipers have left, leaving the beach much less crowded. 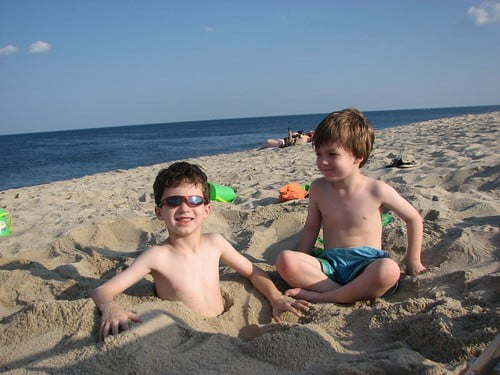 We spent an hour or so there, where the kids played in the sand, but pretty much stayed away from the water. Crashing waves were too loud for Eamonn, who is usually a waterbug, and Aidan, who is usually skittish around water, just wasn’t particularly interested in it.  But they had a blast in the sand. 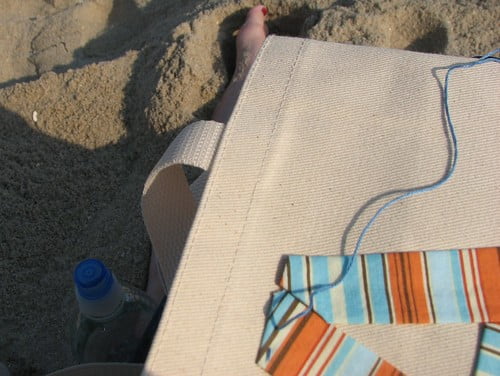 Some of my favorite bloggers bring knitting or embroidery to the beach to work on. Most of what I make is not that portable, but I just happened to be in the middle of making these personalized tote bags for the boys, and I was at a point where they needed a little hand-sewing. I tell you, I had seriously underestimated the appeal of sitting in a chair at the beach, quietly sewing, while your family plays in the sand nearby. It almost almost makes me wish we had signed up to join the lake here in town. I only finished Aidan’s bag, so I may have to head back to the beach soon to do Eamonn’s. It’s only fair. Heh. 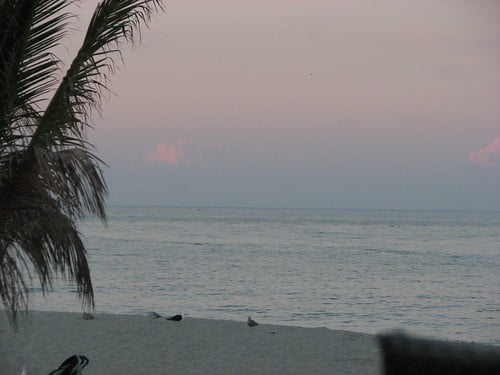 We had supper at a restaurant on the beach, and watched the sun set over the water. Although, technically, being on the East Cost and all, we didn’t see the actual sun over the water. Just pink clouds. Nice, just the same. 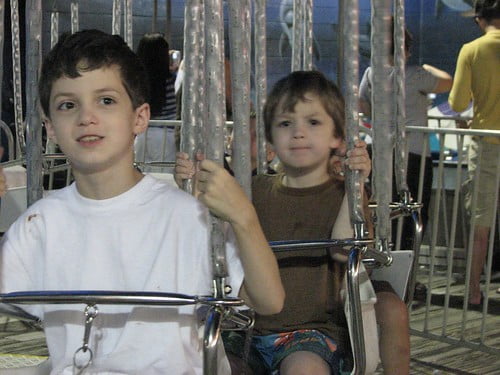 After that, it was one or two games in the arcade, and most of the rest of the night enjoying the amusements. We finished up our trip with some ice cream, and a 1.5-hour drive back home. It was close to Midnight by the time we pulled in the driveway and carried our sleeping children up to their beds. I just love summer for that. When else can you take a weekday “day trip” that doesn’t actually start until after your husband gets home from work? It’s nice to ignore bedtimes once in a while and indulge in a bit of memory-making. 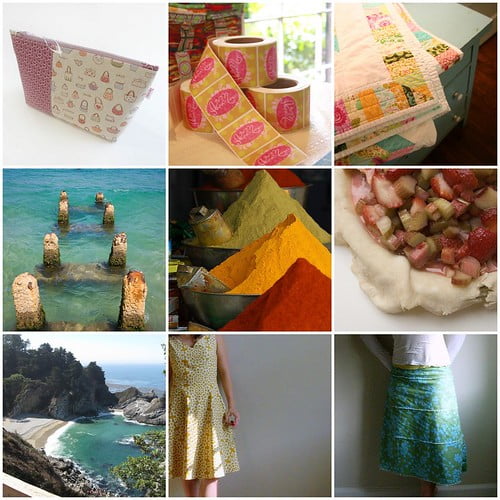 You can look at my Friday flickr favorites while I tell you the rest of my story, ok? (Click on the image for individual photo credits)  Because yes, friends, there’s more.

So, yesterday (Thursday) was super busy for me, and last night I finally had a chance to play around some more in my test blog, trying to get the nested comments ready to go here. I also wanted to fix a display bug that was a problem in Internet Explorer (Thank you, Melanie, for bringing that to my attention!). I fixed it in my test blog quite easily, and then, in my haste to be done with it and go up to bed, I uploaded the improved style sheet to this blog.

That’s about the point when I slapped my hand to my head and said, “oh, cr@p!”

Uh, yeah, that style sheet also had changes meant to work with the nested comments, and uploading it fixed the minor display bug alright, but it made the comments look like poop. And not just any poop. It was like the kind that you find in your baby’s diaper, right after introducing a new food into their diet.

So, I figured my best way of fixing it was to just install the nested comments I was working on. So, we have nested comments now. Ahead of schedule. And not quite working properly. They function well enough, but there are some glitches that I’ll be trying to work out in my test blog as time allows. If you have any serious problems leaving comments, please let me know (lisa at lisaclarke dot net). You should be able to leave comments just fine. The issues are more of a cosmetic and minor-annoyance variety than a functional one. And they really only come up when you try to reply to a specific comment. I’d hoped to have it perfect before unleashing it on you, but this is what happens when I try to do things bleary-eyed at Midnight!

Happy Friday, everyone!  I’m off to go have a late breakfast with my 8-year-old, outside on the patio.

2 thoughts on “In a nutshell”