Actually, that’s not entirely true. I am working on two big-ish yarn-based projects, one of which I can talk about, and the other of which I cannot.

Both projects, if I document them properly during this stage, will become patterns later on. Nothing like a little multi-tasking, I always say. 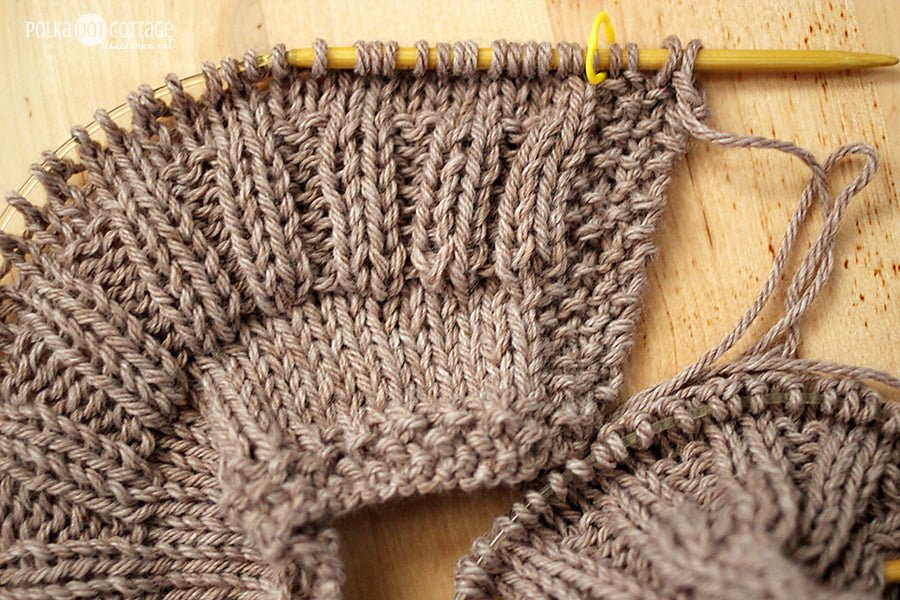 So here’s just a tiny peek at what’s on the needles: an Everyday Cardigan like this one.

I know, I know. I had decided it was too ambitious to knit sweaters for Christmas, and I had abandoned the idea of making one for my Mom and my mother-in-law, but then Thanksgiving happened. And Neil’s mother looked at the sweater I was wearing and said something nice about it. And while I could probably have written that off as simple politeness, she took it a step further and pointed out particularly what she liked about it.

And so I had what has become a bit of a Pavlovian response for me: show an interest in my stuff, and I’ll want to make one for you.

I try to resist these urges, but I seem to be helpless. Plus, I’d already bought the yarn and made the buttons… it had to be fate, right? Of course it did.

And so I am just now finishing up the yoke of this sweater. Today or tomorrow I will separate the sleeves. And come Christmas Day, I will place it in a box and give it to my mother-in-law, even if it’s still got needles sticking out of it and the buttons are in a little baggie in the bottom of the box. Almost done is better than nothing!

Working on this makes me nice and happy, of course, but it does pose one eeny weeny little dilemma for me… my love of symmetry and sense of fairness are kind of yelling at me to knit one for my own mother, too.  What I end up doing about it is anybody’s guess, but one look at the calendar tells me I’d be crazy to try it.

(Not sure being crazy is enough of a deterrent for me…stay tuned.)

4 thoughts on “Maybe I’ll give her a box of yarn and a promise.”