Neil often says I obsess about things. I bristle at that description, because it makes it sound so negative. I prefer to think of my creative interests as cyclical. It’s not that I am obsessing about fabric today and then ditching it to obsess about yarn tomorrow. No, it’s more that I feel like sewing today, and tomorrow I will feel like knitting, because it’s a gently repeating cycle, much like the seasons of the year. It’s just the nature of things, when you are multi-crafty, for your interests to ebb and flow. If they didn’t, you’d always have far too many things going at any one time (or far too few). It could be pure chaos.

Still, there are times when I think “obsess” is absolutely the correct word to use, and usually those are the times that I can’t get my mind off of one single, particular project. I think about it when I am trying to sleep. I think about it over my morning coffee. I think about it while driving… every moment of downtime is an opportunity to work out one more aspect of the idea. 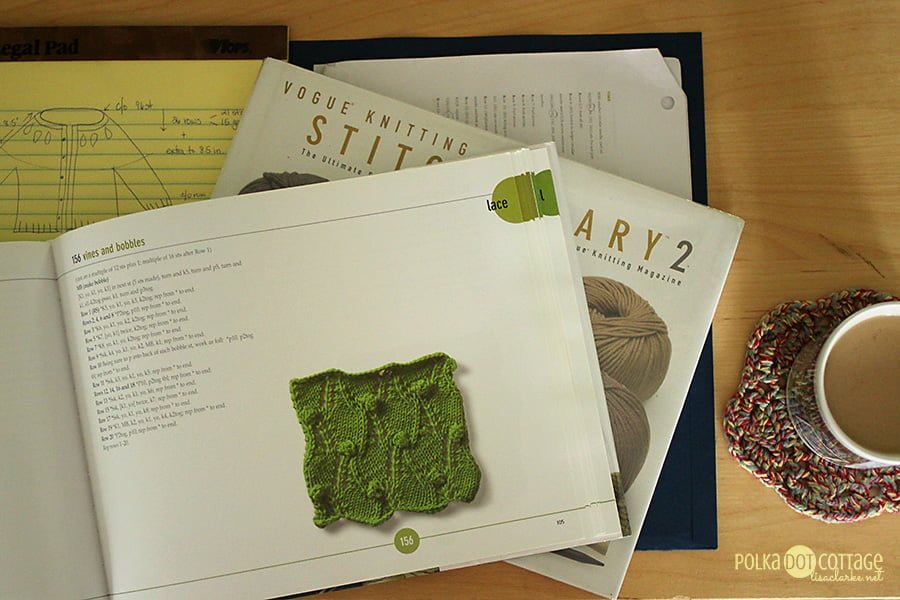 I obsess when there is a problem to solve.

Some of you may have seen this coming, when I started posting about knitting my September sweater more than a month before September was even scheduled to start. You might have had your suspicions confirmed when I posted a second time on the topic, this time with swatches. Well, let today’s post put any of your doubts to rest – I am well and truly obsessed with this sweater!

You see, the moment I began to think about changes I could make to the pattern, the project graduated from “Something I am Planning to Knit in September” to “Something I Must Ponder During Every Unfilled Moment of Every Day Until I Have a Plan.”

So, it began with the yarn choice. Did I want to try a different brand? Would they knit up the same way? The answer was yes, I could feel free to swap in a washable yarn this time. Yay! 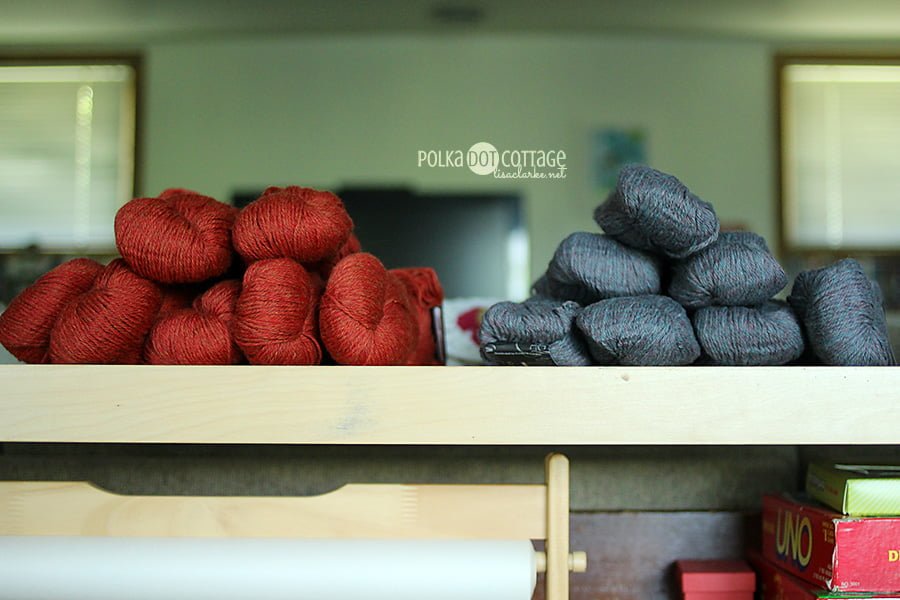 Once that question was answered, it became all about color. I waffled between oranges and grays far longer than any person should, before finally throwing up my hands and saying, “hey, I have a gift card, let’s buy one set of each!” My favorite orange and my favorite gray, as it turned out, were both Cascade 220, so the swatching I did with Berroco Vintage was rendered pointless.  (At least until next year. We’ll see what happens then.) 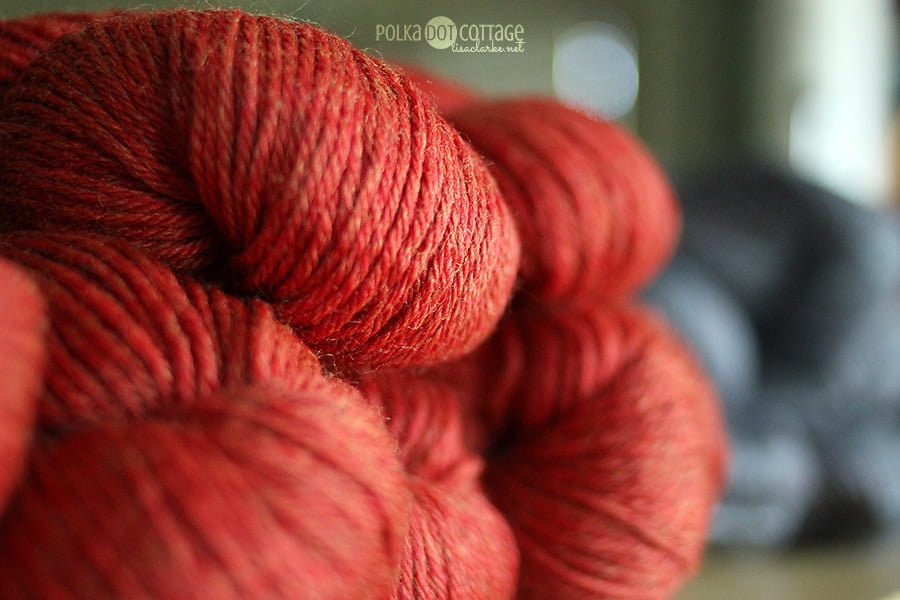 Once in front of me, I knew I wanted the orange for the September Sweater. (The gray will become the Portulaca cardigan someday when there’s time.)

Here’s the thing, though. This would not be a true obsession, if answering one question did not immediately lead to another. And that is exactly what happened. One look at the beautiful rust-colored yarn made me think that I’d really love the yoke to have leaves on it, instead of the usual Tea Leaves Cardigan‘s ruching.

And so here is where we are now: poring over stitchionaries, looking for leaf motifs that I could adapt into a new yoke design.

Am I insane? I don’t design knitwear! What makes me think I can make up my own sweater yoke? Yikes.

It’s the puzzle that is fun, though. And I enjoy it because it’s kind of mathy. I’ve got an idea that will allow me to knit up a small portion of the yoke as a sample and see how it compares, size-wise to the original. If I can make a straight substitution of my stitches with the original, that will be ideal. 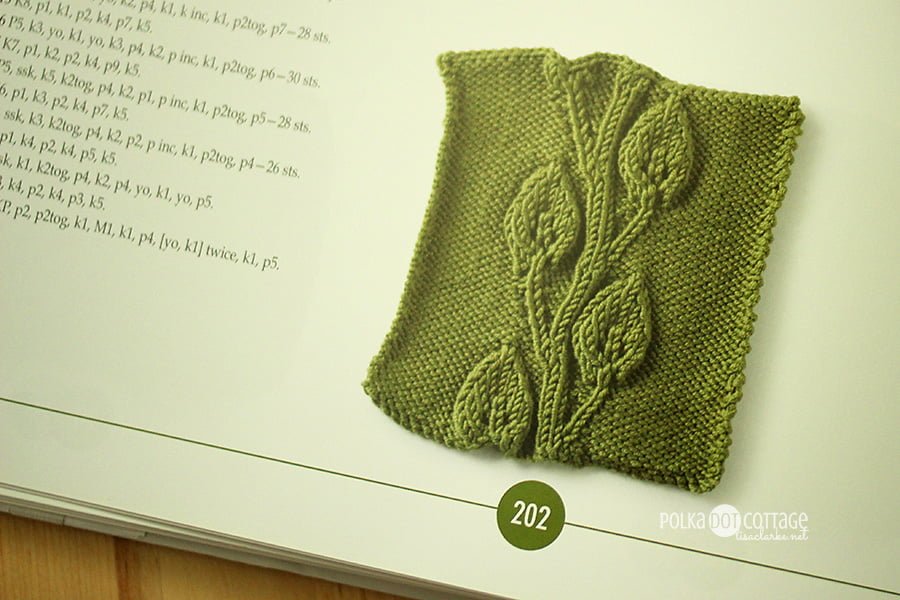 It’s entirely possible that this exercise will go the way of the previous swatch: comparing two ideas, only to end up choosing the original. As cool as I think it will be to have an orange cardigan with a leaf motif, I don’t want to end up with something that is so autumnal I won’t want to wear it in the spring. I have to think for a while on whether there will be a danger of that.

Still, I will make the two swatches because (a) it will be interesting to me, (b) it will be a learning experience for sure, and (c) I am far too obsessed with this idea to let it go until I try!

I’ll let you know how it goes. And, as always, I welcome you to chime in with any experience you might have that could help me! Or, failing that, you could tell me this: do you obsess? Got anything driving you batty at the moment?