I’m a creature of habit. Or, at the very least, a seasonal being. And so, when I have done something two years in a row, I begin to see that something as a tradition, and I expect to do it again and again. So it is with the knitting of the September Tea Leaves. 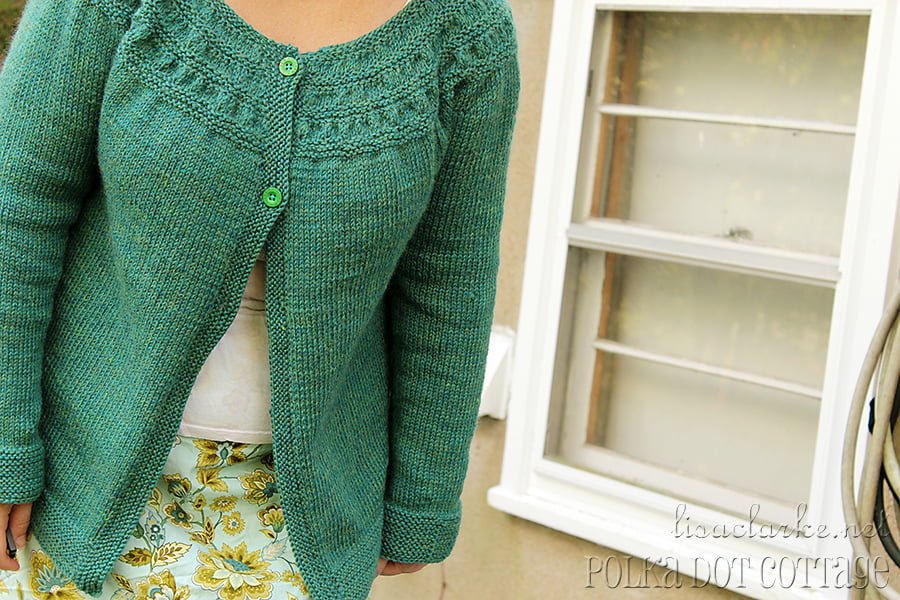 I knit my first one in 2011, in a gorgeous heathered teal, and I wore the daylights out of it, October through April. And during that entire season, I thought about how I might do things differently if I had the chance to knit it again: I’d tighten up the neckline a bit, and switch the garter stitch cuffs to ribbed cuffs, and maybe make it a size smaller. 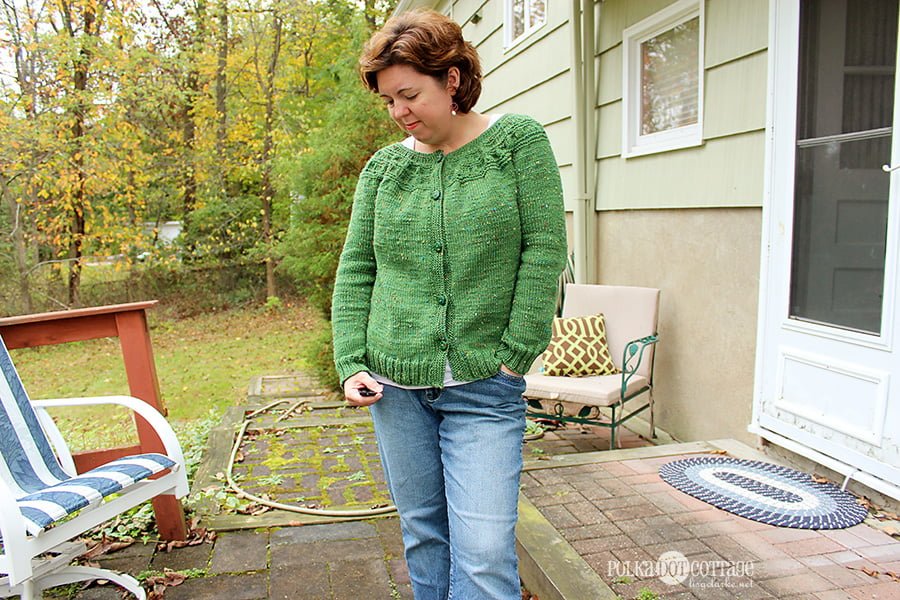 Next September, I did just that, in a lovely kelly green tweed, making all of those changes along the way. If it’s possible, I think I loved wearing this one even more.

I’ve knit other sweaters for myself, but it’s the Tea Leaves that are wardrobe staples. I wear them around the house for warmth, and I slip them under jackets and scarves when I go out. There is no question I will make another of them come September, and there is also no question that I will change it up a bit.

For one thing, I think I have enough greens (did you ever think you’d hear me say that?) I have my eye on the other side of the color wheel this time: oranges, reds, browns, or maybe even gasp bright pink. I know, I know. Pink? Who am I?

In addition to color changes, I think I want to do something new with the yoke. I was adventurous last year when I took it upon myself to change the cuff design, and I think I could do something really interesting yoke-wise this time around. Replace the ruching with a cable maybe? I plan to spend many hours wandering around Ravelry for inspiration, and then I will probably have to do a little math to make sure it all fits together seamlessly.

Or, I might just keep the yoke as-is. I do really love the way it looks… why mess with success?

I have one itty bitty concern, and that is with gauge. I’ve made both of the previous sweaters in Cascade 220, but I’m considering switching to Berroco Vintage for this one. I know I could work up a couple of gauge swatches, and I intend to do that (much as I dislike it). But I thought maybe some of you have experience substituting one for the other, and could share your findings with me.

Have you found that you get the same gauge with both yarns?

If my gauge ends up being different, I think I’ll just stick with what works and use Cascade 220. I don’t want to be fiddling with gauge in addition to any yoke changes. 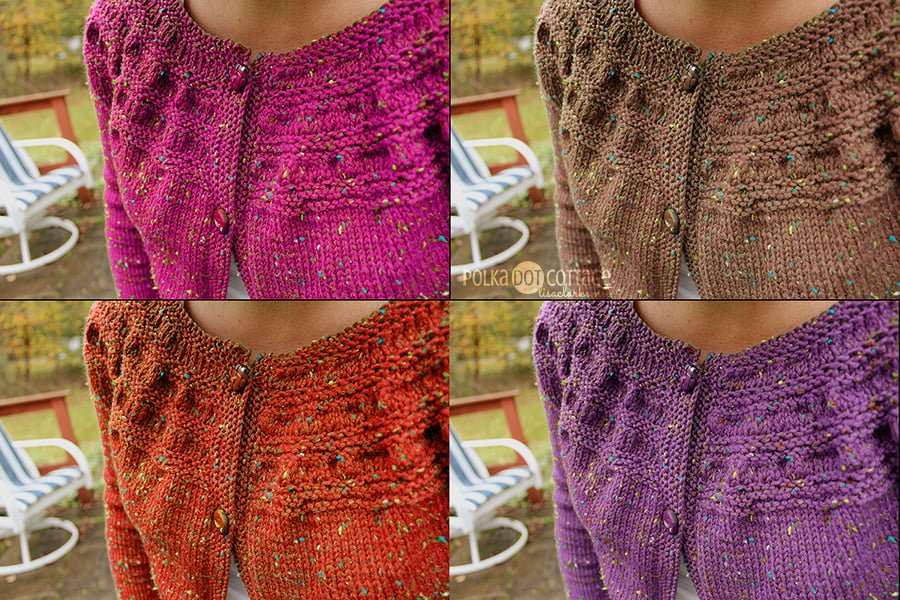 I love playing with Photoshop to try out yarn colors. I’m leaning really heavily toward orange.

I know it’s still July, and I really, really don’t want to wish the summer away, but it’s hard not to get a little excited for September knitting!

22 thoughts on “Thinking about the September Sweater”