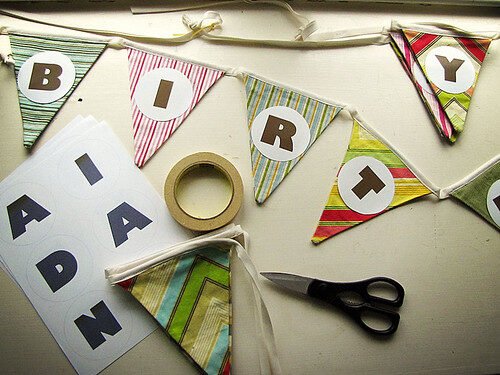 We celebrated a certain someone’s 11th Birthday yesterday, and I thought I’d share with you a few of the simple things we did to decorate for his family party.

First, there were the invitations, which I made using a silly photo we took earlier this year: 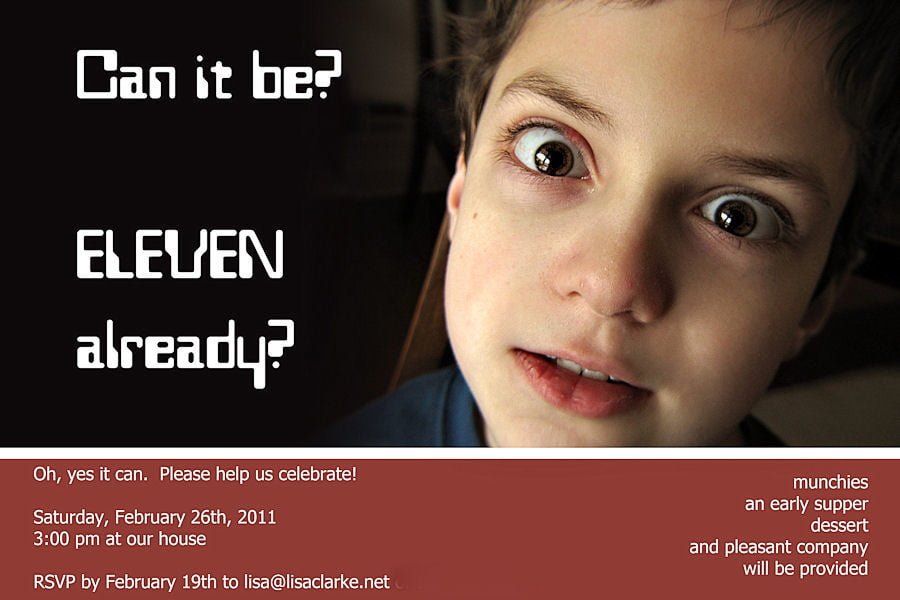 I had a handful of 4×6 photo prints made, and handed them out to family.  The leftovers I tucked aside (you’ll see what became of them later…). 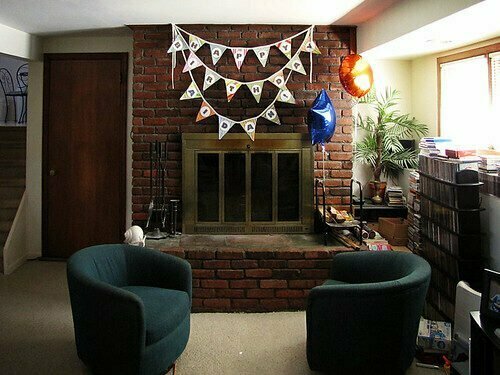 Next I hung up the traditional birthday banner.  This particular banner has only been our tradition for the last two years, but it’s a tradition nonetheless.  You can read more about how I made it here.  (The next birthday is five weeks from today, and if history is any indication, this banner is going to stay put until then, and I’ll just change out the name the day before…) 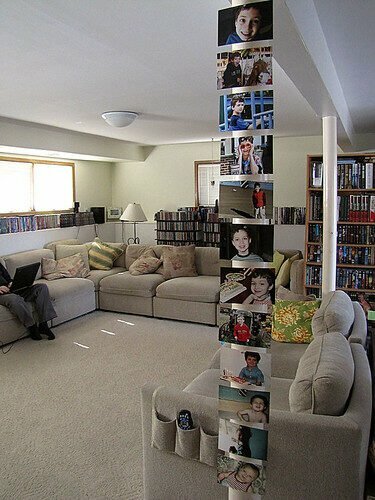 This was a new idea I had this year.  We have these big metal poles in the family room, and used them (along with a pile of strong tiny magnets) to tack a strip of Aidan pictures along the length of it.  Arranged chronologically, there is one for every year, from Eleven, to babyhood.  This was a hit.  I’m definitely doing it again next year (plus a new photo for Twelve). 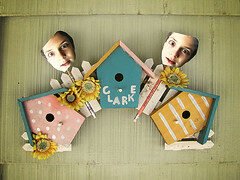 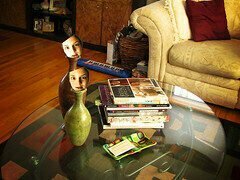 Neil and Eamonn had taken the leftover invitations a few weeks ago, taped the heads to the tops of a few pencils, and used them for a bizarro puppet show.  For the party, we put them to work greeting the guests at the door outside, and in the living room.

That was it as far as decorations go.  For one of his gifts, I made him a DVD set consisting of the first three of the old VHS tapes that began on the day he was born, and a Picasa face movie.  We played the face movie a few times at the party.

This is the kind of special occasion prep I enjoy – atmospheric stuff, quirky little decorative touches, music to play in the background.  Things like the menu and the cleaning I am usually scrambling over on the day or two before.  I guess we all have our strengths, eh?

I’m lucky to have a kid who appreciates these handmade touches, who prefers parties at home to parties “on-location” and who thinks that gifts you make are more special than gifts you buy.  What a peach!  Happy Birthday to one great boy!