I’m back. Miss me? We surprised the boys with a trip to Ocean City, NJ this weekend. We had been there at the end of March last year, and although it was really cold and our hotel was kind of run-down and a bit of a walk to the boardwalk and the downtown area, we still enjoyed it enough to plan on it being an annual event. This time, though, in the interest of warmth, we decided to go as late as we could and still be in the “off season.” We also decided to try a different hotel, and hope for something more up-to-date and closer to the beach. 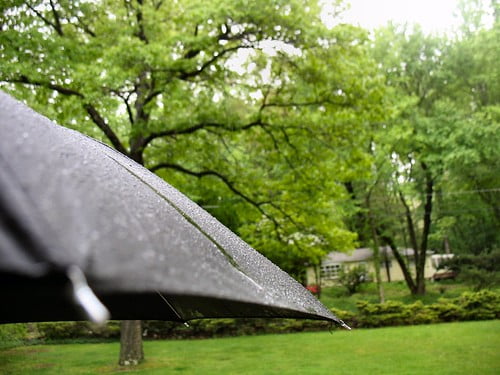 Friday was a cold, rainy day here in Stirling, and most of the way down the Garden State Parkway as well. The weather report was promising for the weekend, though, so we plugged on through the rain and the traffic, and eventually made it to our hotel.

We had trouble finding it at first, partly because I forgot to print out directions and didn’t know the address, and partly because I’m entirely too trusting. When I made the reservations, I asked how far from the boardwalk the hotel was, and was told “one block.” In reality, it was more like three blocks, one of which was really long. The hike between hotel and boardwalk was a bit of a disappointment, and somewhat tough on little legs, but we could live with it.

Unfortunately, it wasn’t the only thing we didn’t like about the hotel. The room, while it was newly-updated as advertised, it was in no way spacious, and it certainly didn’t look like the “suite” they said it was. It was one room, with a queen size bed, pull-out couch, table & chairs, and kitchenette. We couldn’t pull out the couch without blocking the exit with the table and chairs. We were starting to feel like maybe we were being ripped off for what this room was costing us, but even that we could have lived with and looked back on with a chuckle someday. I even might have been able to overlook the lack of a hair dryer in the bathroom.

But there was one more thing… 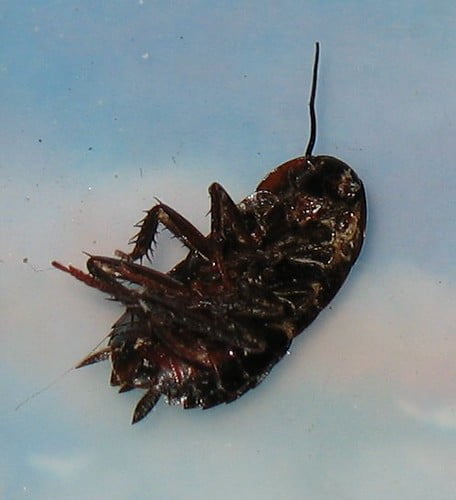 Neil found this little friend on the floor in our room. It was about an inch long and really ugly – probably some kind of roach. Upon further inspection, Neil found two more, as well as some bait traps around the room. All of the bugs were dead, but there could very easily have been living ones hiding someplace dark, so we complained to the management. They admitted they knew there was a problem with that room (oh, nice.) and gave us the keys to a different room. It looked clean so we unpacked and settled in.

Just as the boys were going to bed, we found another bug under the pull-out couch. We probably should have just packed up and gone searching for a new hotel then and there, but it was late and we were tired, and as far as we knew, there may not have been vacancies anywhere. So, after a thorough inspection, we put the boys to bed and then got online to find ourselves a new place to stay on Saturday.

Which we did. And when we checked-in there the following afternoon, we found this: 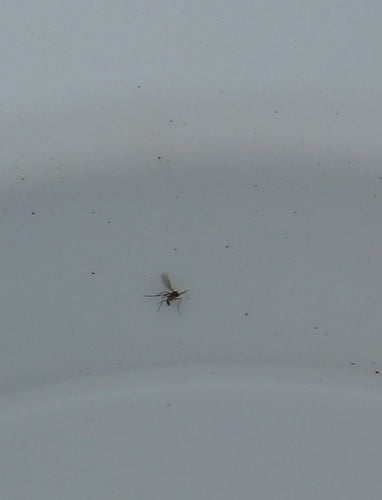 Heh. BIG improvement, eh? This hotel was a major improvement in every area, really. It was the same price as the first place, but this didn’t feel like a rip-off at all. The room was standard hotel size, which was fine because they weren’t trying to pass it off as a suite. It was bright, clean, and up-to-date. And there was a hair dryer in the bathroom. Thank goodness there would be no more bad hair days on our vacation 😉 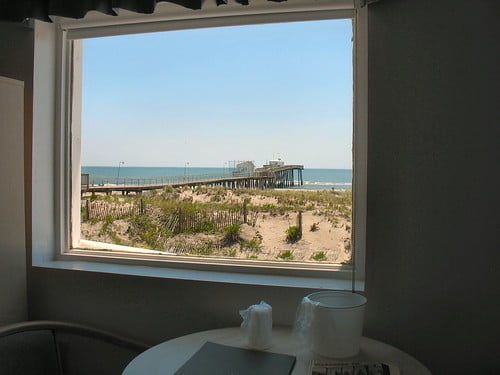 And look at the view out our window – yes, that’s the ocean right there. No “one-block walk that was actually three but felt like six” involved. I watched Neil and the boys go down to the beach at one point right from the comfort of our room, and I glanced out the window at the right time to see them come back, too. 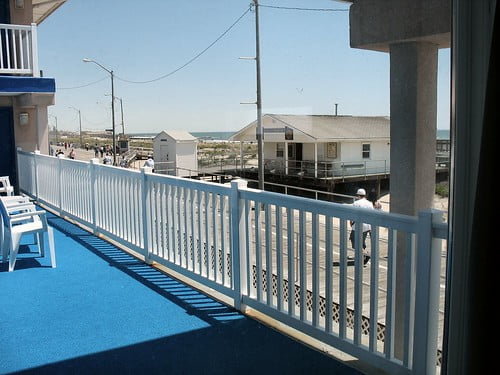 The boardwalk? Right outside the door under the balcony. Much better. We spent a lot of time walking up and down that boardwalk, doing some shopping, munching on boardwalk food, watching the people go by. 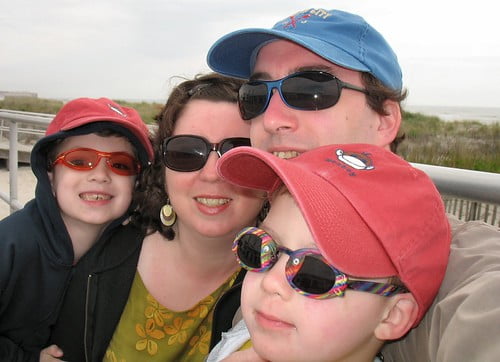 We all got pinked-up from the sun, particularly me and Neil. Neil and the boys all bought hats and 99-cent sunglasses. I got a couple of batik dresses and some fun jewelry at a great, inexpensive little shop that I couldn’t seem to stay out of! We flew the kite Eamonn got for his birthday, we played in the sand, we slurped fruit smoothies, we took loads of pictures. And I am ready to go online to write two hotel reviews (one very bad and one very good), and to make reservations for next year 😉

10 thoughts on “Adventures by the sea”