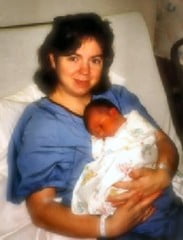 Yesterday we celebrated the anniversary of the day I had two large nurses jumping forcefully on my abdomen in an effort to eject a certain stubborn little person who had decided to be born two weeks early and then changed his mind at the last minute.

The little stinker is now eight years old and still resists being taken places he’d rather not go.  He’s still a homebody, preferring the warm glow of a computer monitor to the quaint outdoorseyness of a downtown shopping district in the springtime (can you tell I’m itching for the warmer weather and a little small town window shopping?).  It’s still an effort to get him out of the house oftentimes, but thankfully it can be done these days without the aid of a vacuum extractor and forceps.  Whew. 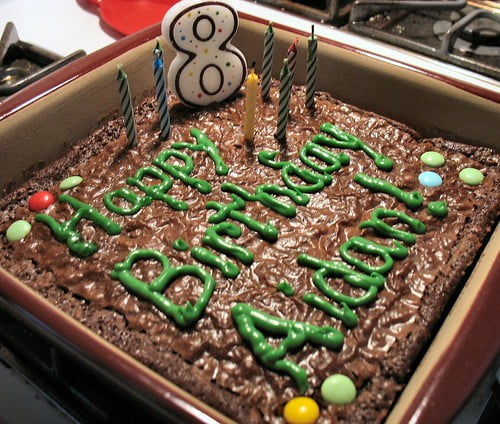 So I made my little boy with the sweet tooth two sets of brownies – one to take to school, and one to have at home with us.  We added singing, candles, grandparents, cousins, gifts, the whole shebang. 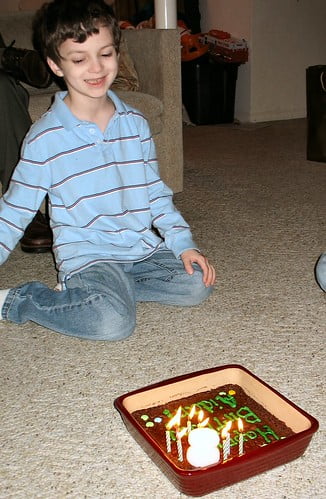 I think he had a nice time.  However, Eamonn, who has been told for the last several months, “you’ll be 5 when Aidan is 8,” was distressed to come to the sudden realization yesterday afternoon that, “hey!  Aidan is 8 and I’m not 5 yet!”  Just five more weeks, kiddo.  Five more weeks.

6 thoughts on “Eight years, one day, and counting”