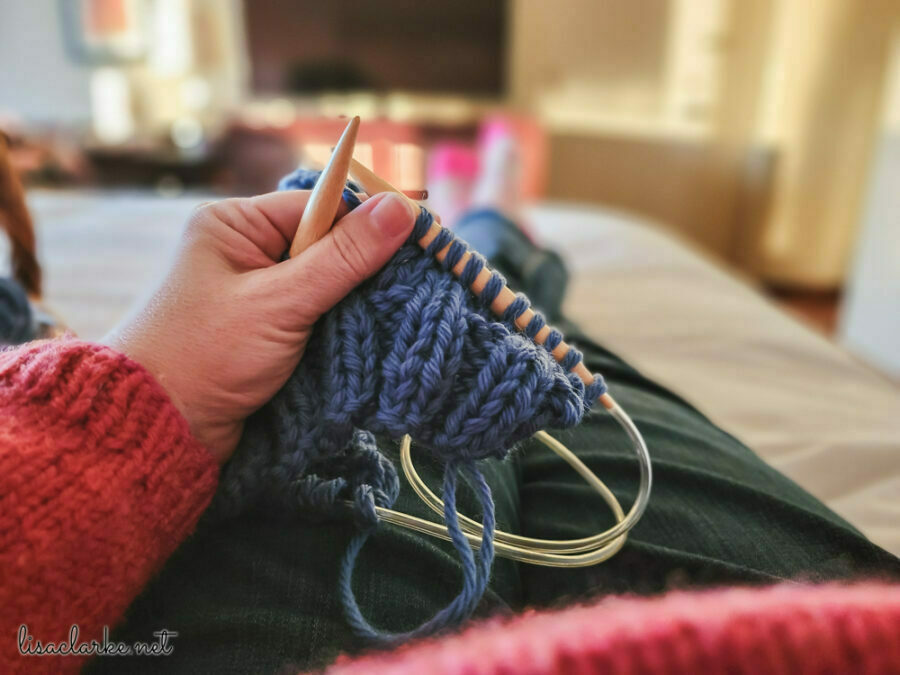 Happy New Year! I have a lot of things I’d love to chat about here, and I had planned to spend the week between Christmas and New Years Day writing blog posts and getting this place all dusted off properly. But do you know what I did instead?

No, seriously, I am asking you, because I don’t remember, LOL!

I had an incredibly lazy end of December, plenty of lounging around in my pajamas, and I think it was just what I needed. I did some reading (of an actual book), I observed the wildlife in my yard through a trail camera Neil gave me (more on that in another post), I made a new playlist (more on that later, too), and I put the finishing touches on the last knit of 2022: Owligan by Kate Davies.

This was a fairly easy knit, and rather fast, as it was done in bulky yarn held double. I started at the end of November, and was finished with the knitting within a few weeks. It’s a bottom-up knit, which is not my favorite, but it worked out fine. In fact, the hardest part about it for me – and the part that took way longer than it should have – was the final task of sewing on the buttons. 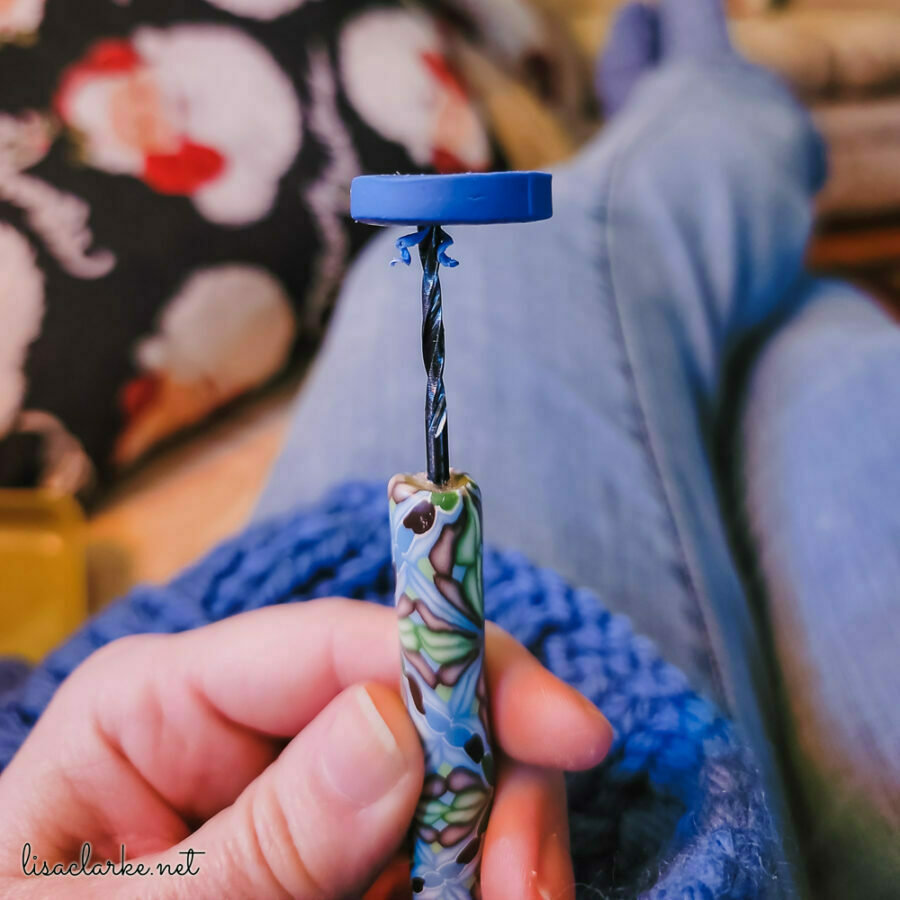 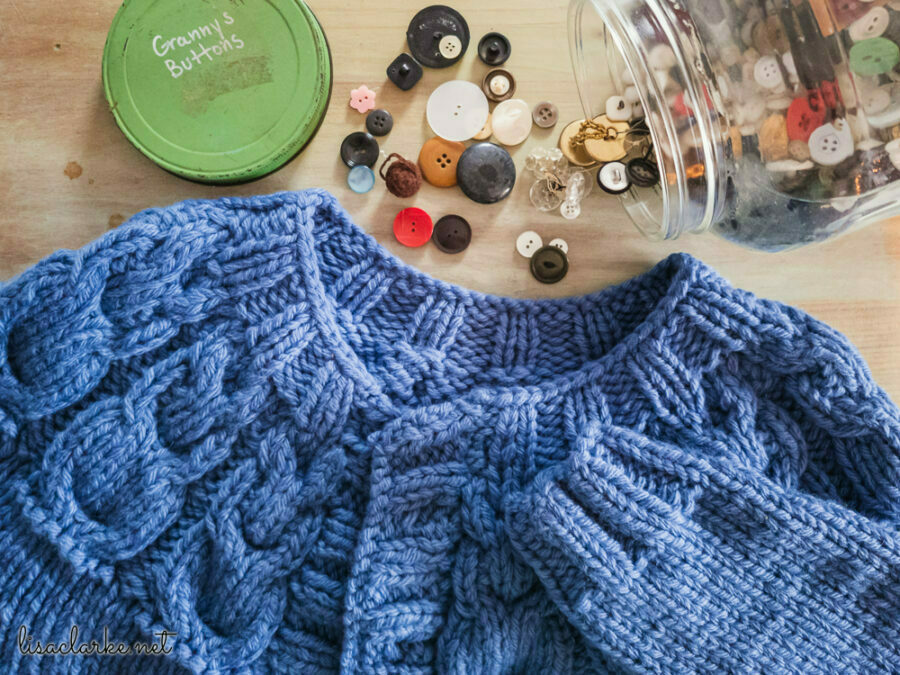 First, I made some big buttons from polymer clay to match the sweater. Like I’ve shown you before. And they were fine. Easy peasy.

Then, I dug through my grandmother’s buttons to find 13 pairs of owl eyes. I couldn’t find 26 white buttons that all matched each other, but I was able to pick out a selection that was close enough. And each owl had its own matching pair of eyes, so that was fine. Unfortunately, I kind of hated the way they looked, in practice 👀

I am really not a fan of sewing buttons, so you can imagine that I did not take the decision to re-do 26 tiny buttons lightly. But re-do them, I did. 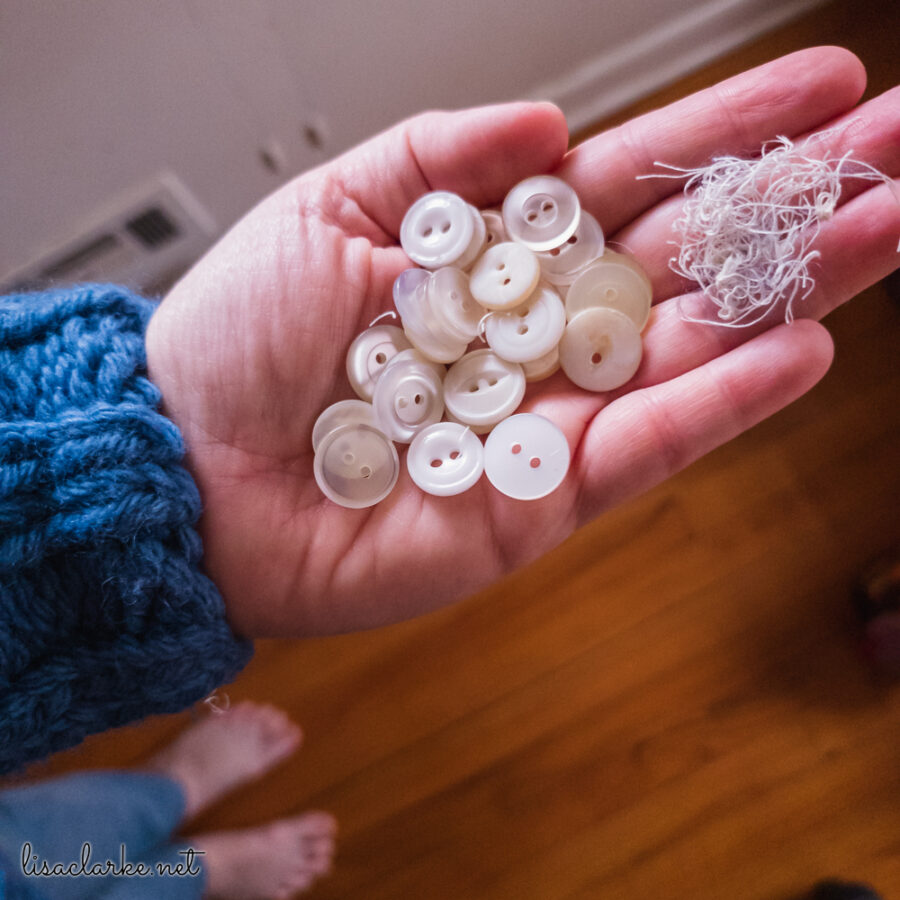 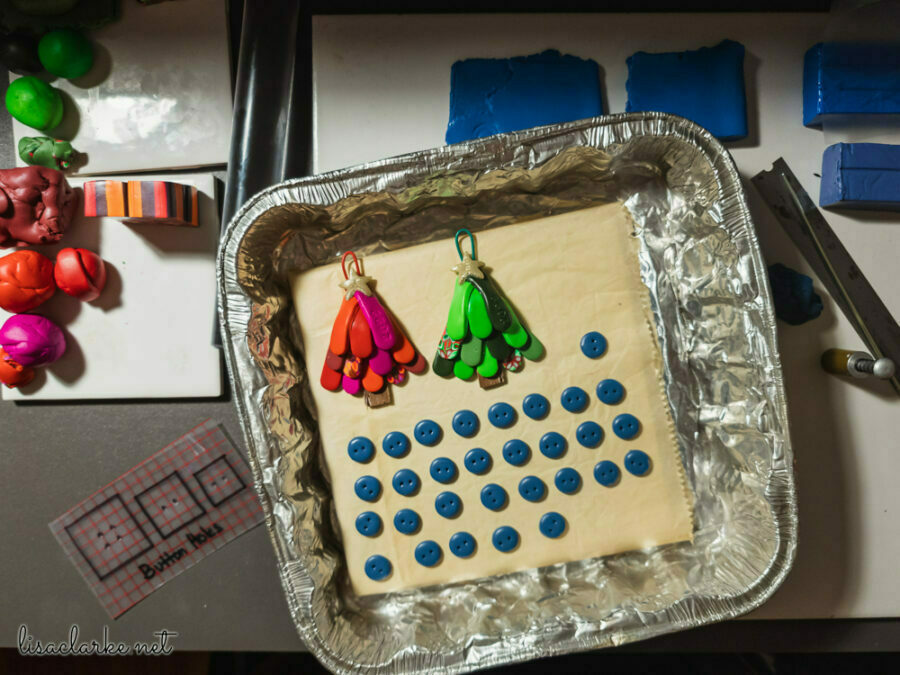 It was the brightness and the iridescence of the white buttons that I disliked so much, even though that is exactly what drew me to them in the first place. It turns out, I prefer subtlety. As someone who is always making buttons to match her sweater yarn so that they don’t stand out too much, I really should have seen this coming 😜

Anyway, back to the clay table, where I made a bunch of tiny buttons for owl eyes, exactly the same color as my yarn. 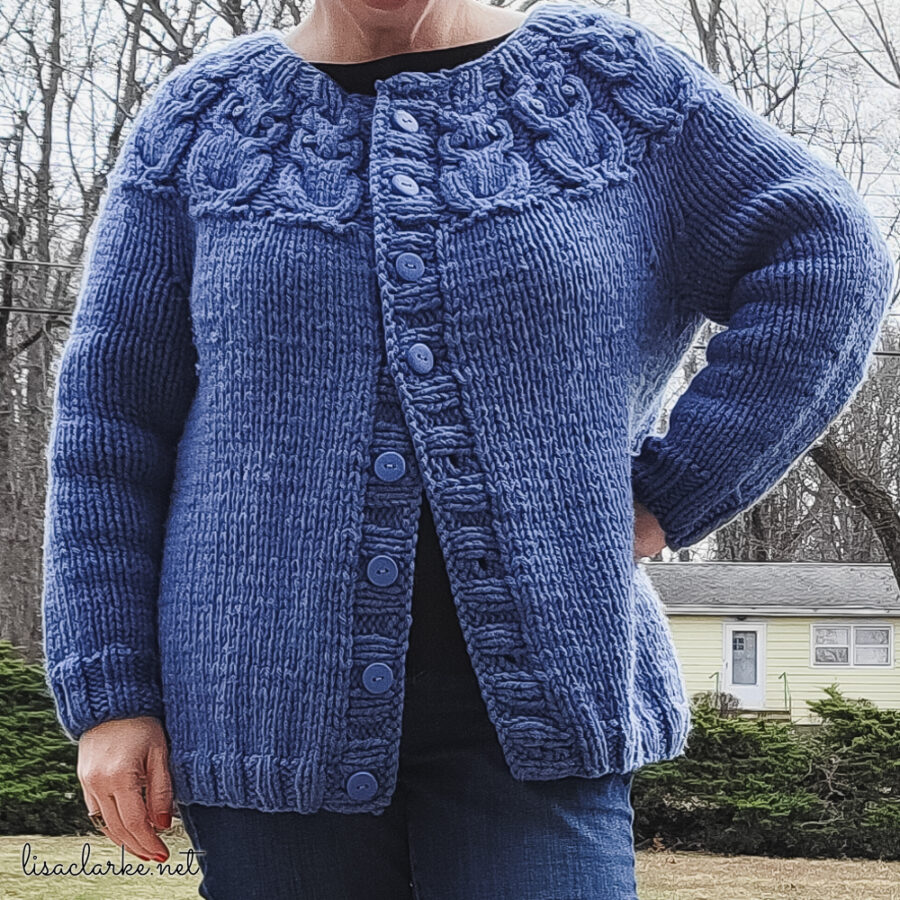 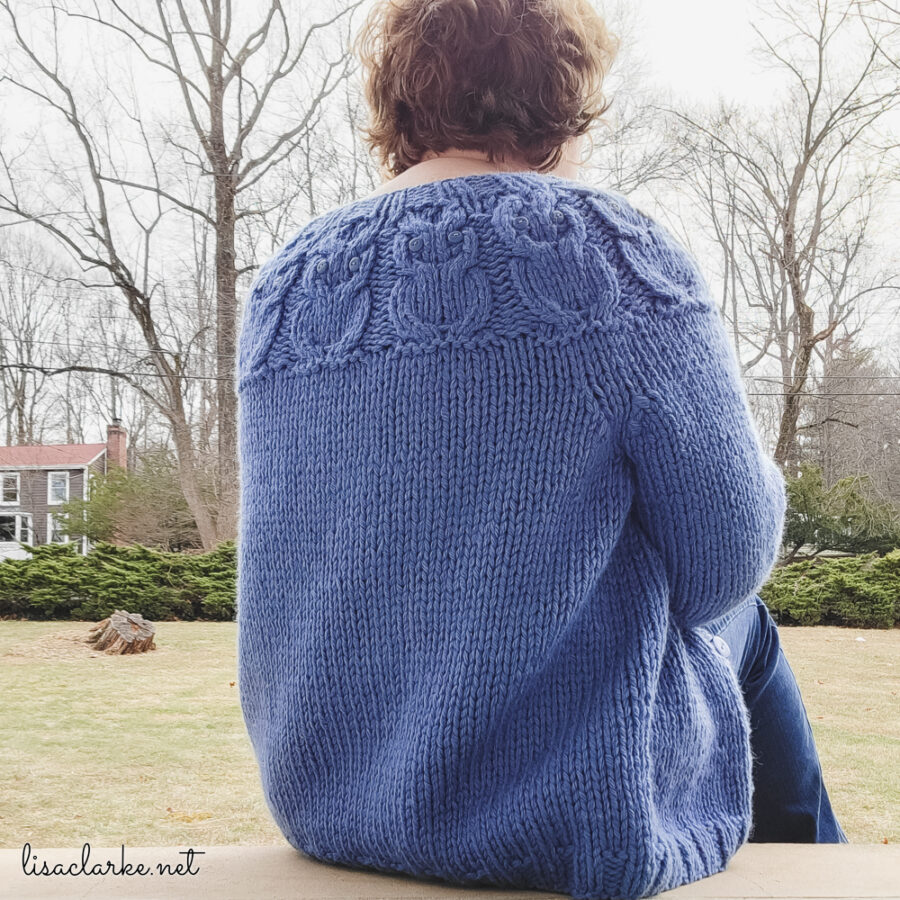 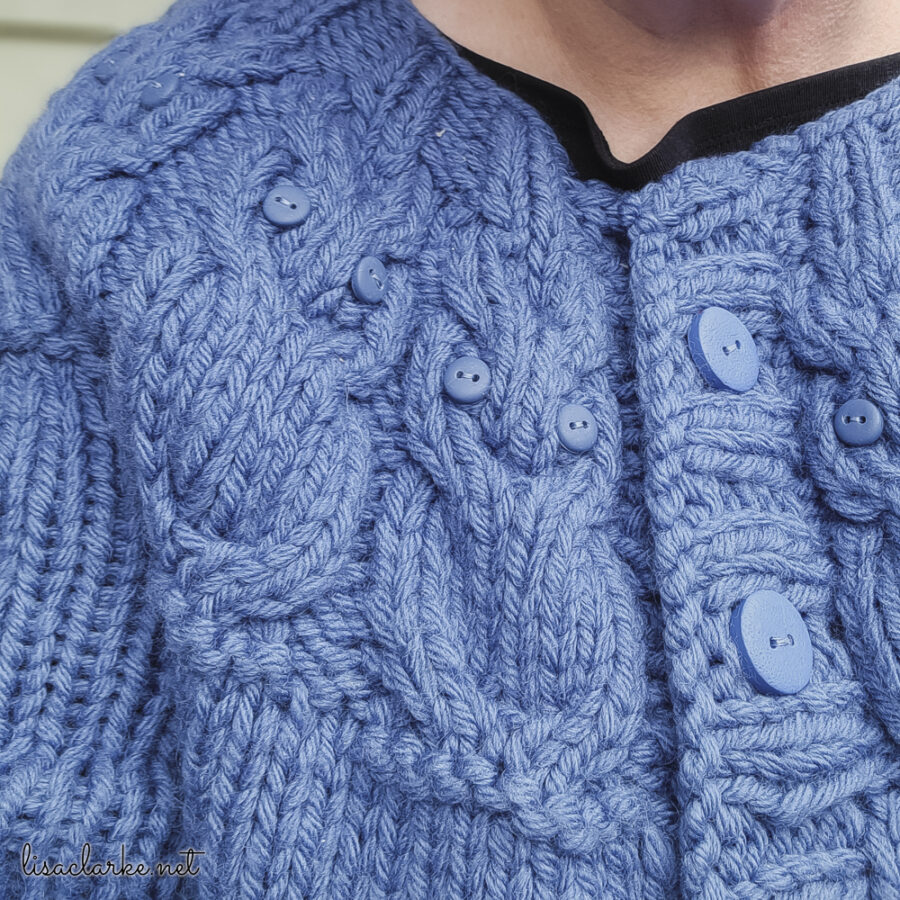 And now, even though you might not notice right away that there are owls on my sweater, I am much happier.

Button drama aside, I enjoyed this knit, and I’m happy with the outcome. Would you believe this is my first blue sweater? I’ve been making myself sweaters for a decade or so, and I’d never knit a blue one before. Well, that situation has been rectified now. This is also the only super bulky sweater I own, so it fills a gap there as well.

I have a tendency to repeat what works, which means I have a lot of sweaters in the same shape, style, and color families. It’s nice to break out of that once in a while and do something truly different. (This is the second “different” sweater I’ve knit this year. The first was Liathite.)

Yarn: Wool of the Andes Bulky by KnitPicks in Ciel

Buttons: Main set made by me using this method; owl eyes made by me in a similar way, but without texturing and with a beveled edge.

Modifications: None, really, except that I measured my knitting against a sweater I love to determine how long I should knit the body. I think mine might be shorter than hers.