I enjoyed knitting the Liathite Sweater pattern. It’s mostly easy stockinette, but like many of Carol Feller’s patterns, it also has a nice cable to keep me from getting bored. 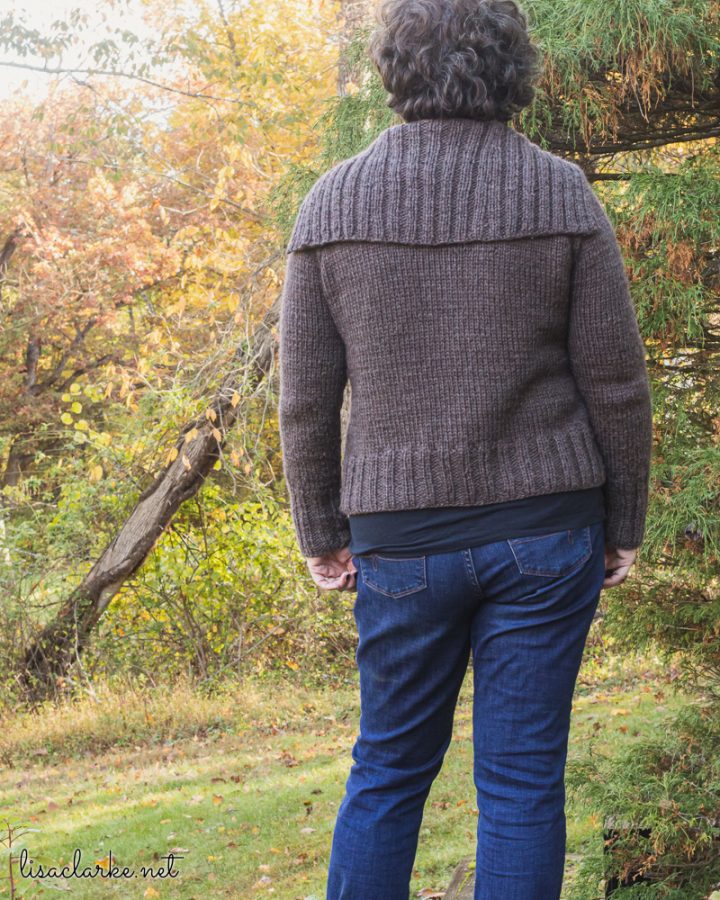 The zipper posed some problems for me, but mainly they were caused by my own dumb decisions. After a week of messing up in one way or another, and spending more money than intended on zipper-related supplies, I finally managed to install a two-way zipper. I love being able to unzip from both the top and the bottom, so it was worth the turmoil.

I actually only hand-stitched it on, and I don’t trust myself to have done it in a sturdy or long-lasting way, so I intend to set up my sewing machine soon, and really make sure that sucker is on there good. 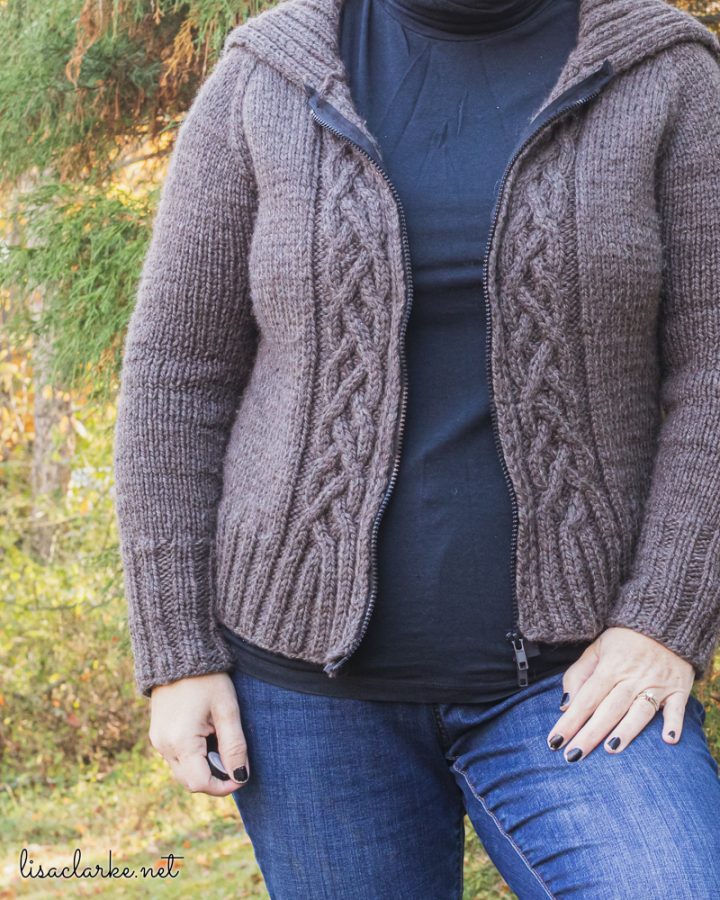 Yarn: Tierra Blend from Brooks Farm Yarn, which I bought years ago at Rhinebeck, and originally used in my Sea Stones cardigan. I hardly ever wore that sweater (for several reasons), and so I unraveled it and reclaimed the yarn.

Modifications: I wasn’t sure I had enough yarn to finish the job, so I decided not to do the hood. I worked the hood section until it was a length I liked, and then I just stopped. I never actually wear hoods when I have them anyway, so I’m satisfied with it like this. 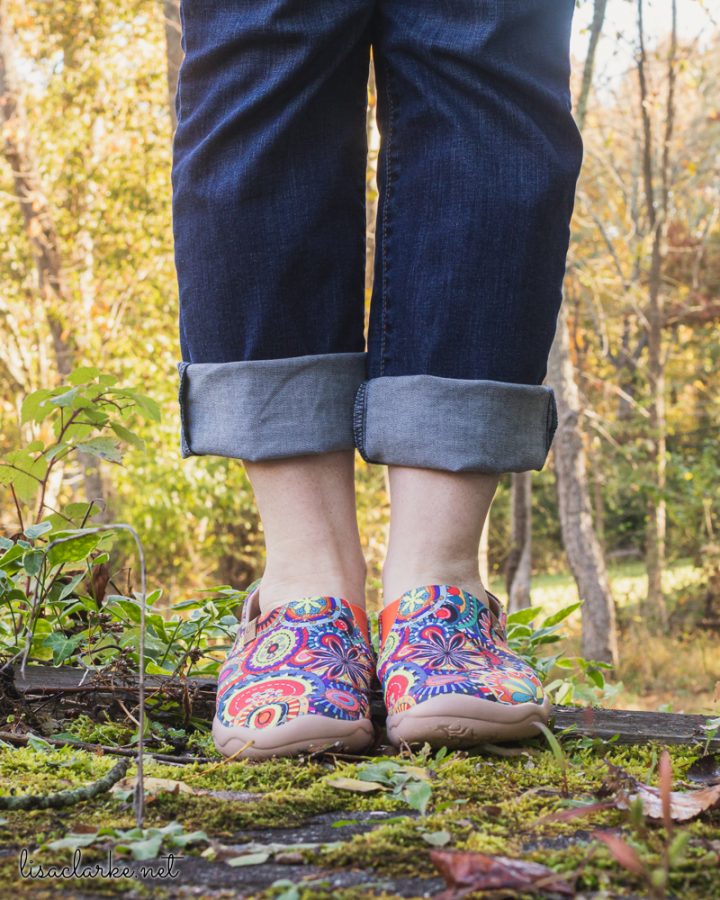 Shoes: Blossom by UIN Footwear. In StudioMojo a few months ago (issue #577), Cynthia Tinapple mentioned that Syndee Holt had sung the praises of these comfortable artsy shoes, which led me to spend an hour scrolling around the site trying to decide which ones I liked best. I put a few designs on my Christmas wish list (Blossom, Marigolds, and Floral Smiley), but I couldn’t stop thinking about them and Christmas felt too far away. So I treated myself 😁

If you’re toying with the idea of buying a pair or two, they offer free shipping, and also a discount for buying multiple pairs. (I think you can use both offers together, but don’t quote me on that, since I only bought one pair.)

P.S. I joined the UIN Footwear affiliate program yesterday, after wearing these shoes all day, so if you buy a pair with one of these links, I get a small commission. I have a more detailed disclaimer regarding affiliate programs and reviews, if you want to .