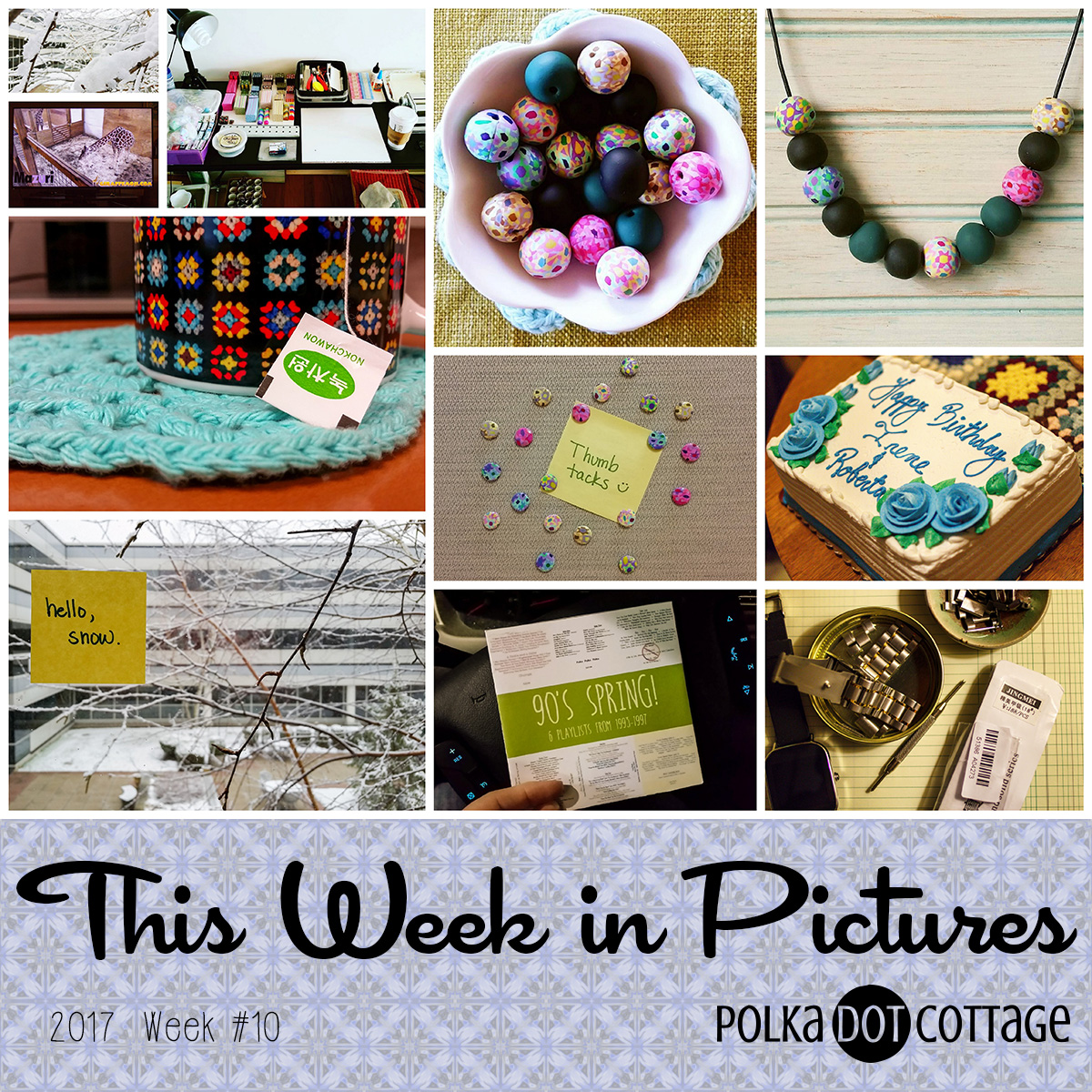 I was up until nearly 4am thinking about polymer things I wanted to make, so I figured I'd better unpack my Clayathon supplies and set up my work table, if I ever want to get a good night's sleep again 😉

I'm not really a bead maker, but I've got this chunky necklace I need to get out of my brain and onto a string. Before I can assemble it, though, I need to figure out how to sand and buff a few dozen round beads without losing my mind… 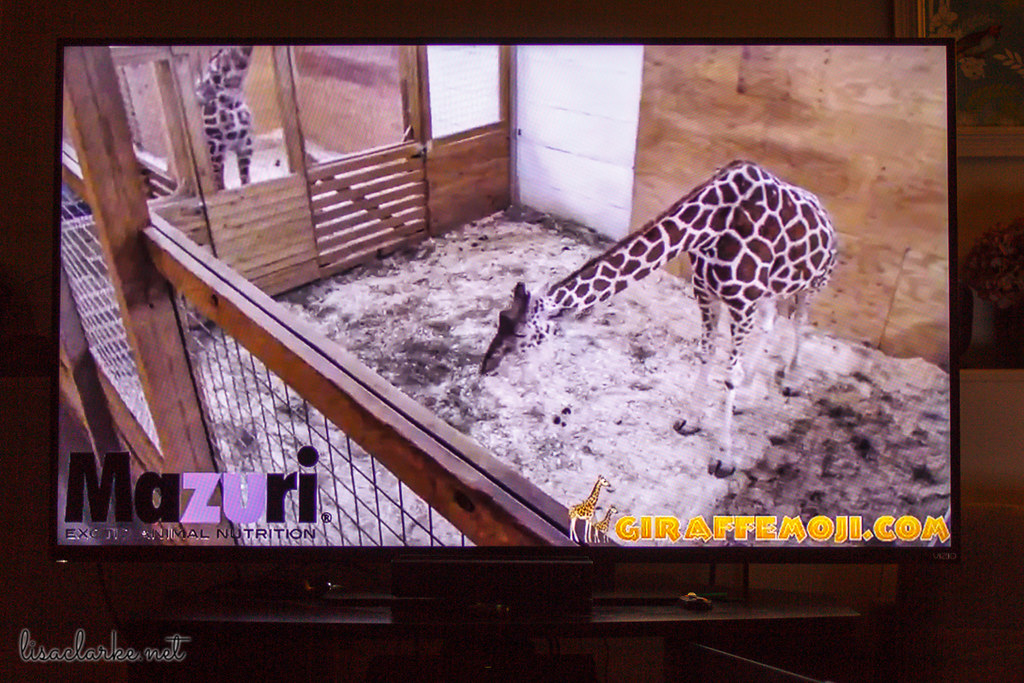 Opinions please: the beads are not arranged symmetrically by design, but both of the people who saw me wearing it thought the asymmetry was accidental (like the bright bead at the bottom was meant to be exactly in the center [it's not]). Do you think I should rearrange the beads to make the asymmetry more pronounced? 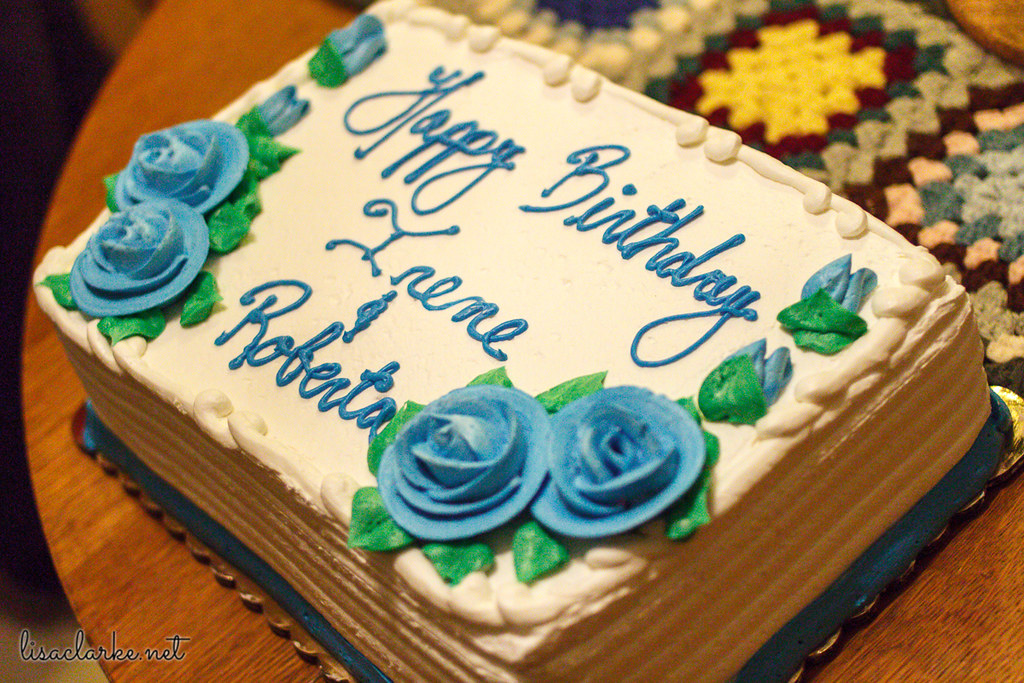 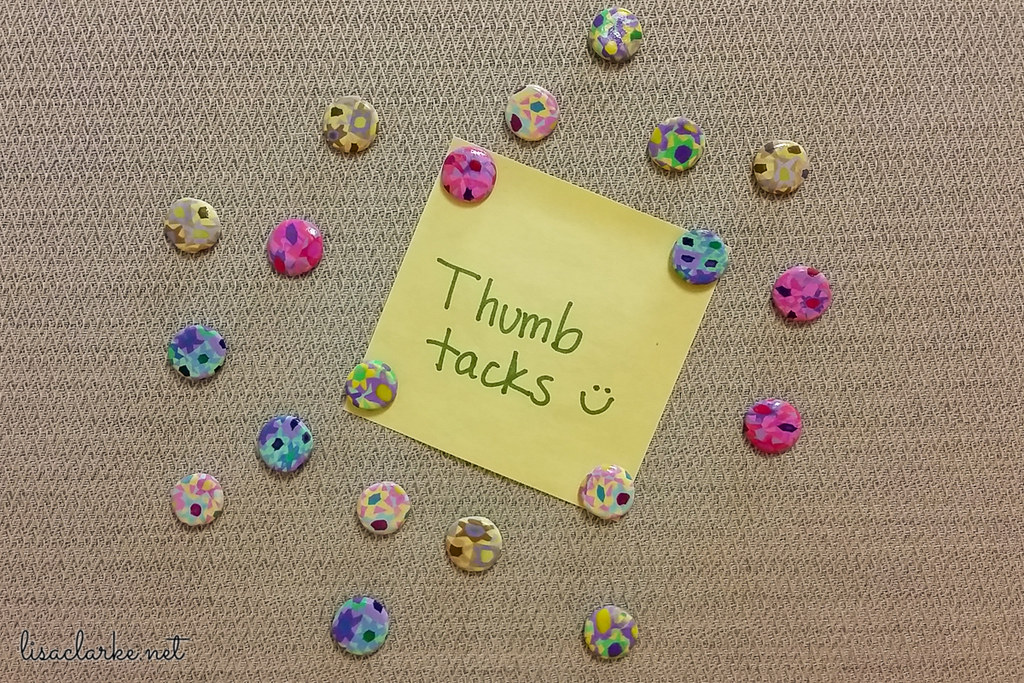 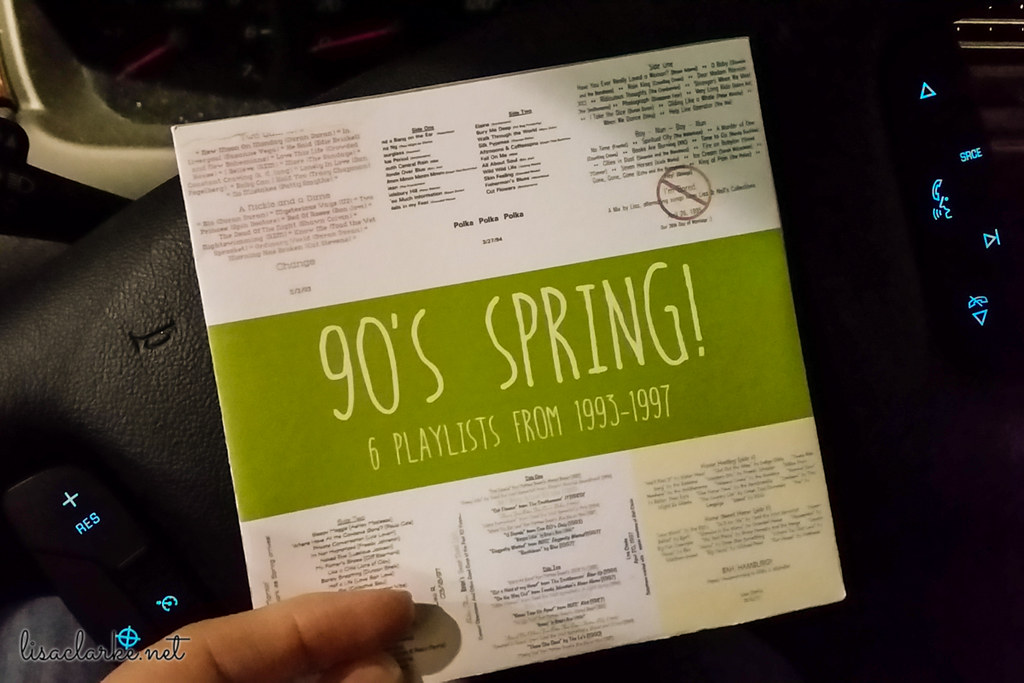 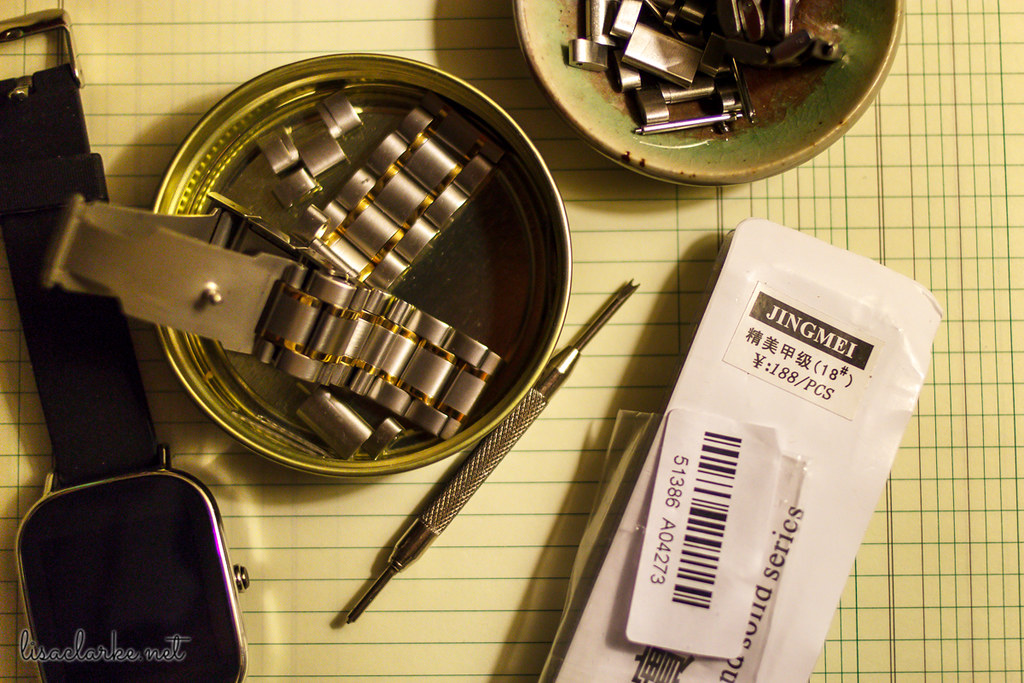 365 📷: 2017 67/365 – Jingmei – I have been trying to find the perfect duo-tone watch band for my smartwatch since I got it for Christmas. The first one I got was actually only silver. The second one was perfect until I dropped the watch and the band broke. This is the third, and it has taken more than a month to get here by mail. I hope I love it as much as the second one! I have to remove at least four links first, though. I have small wrists. 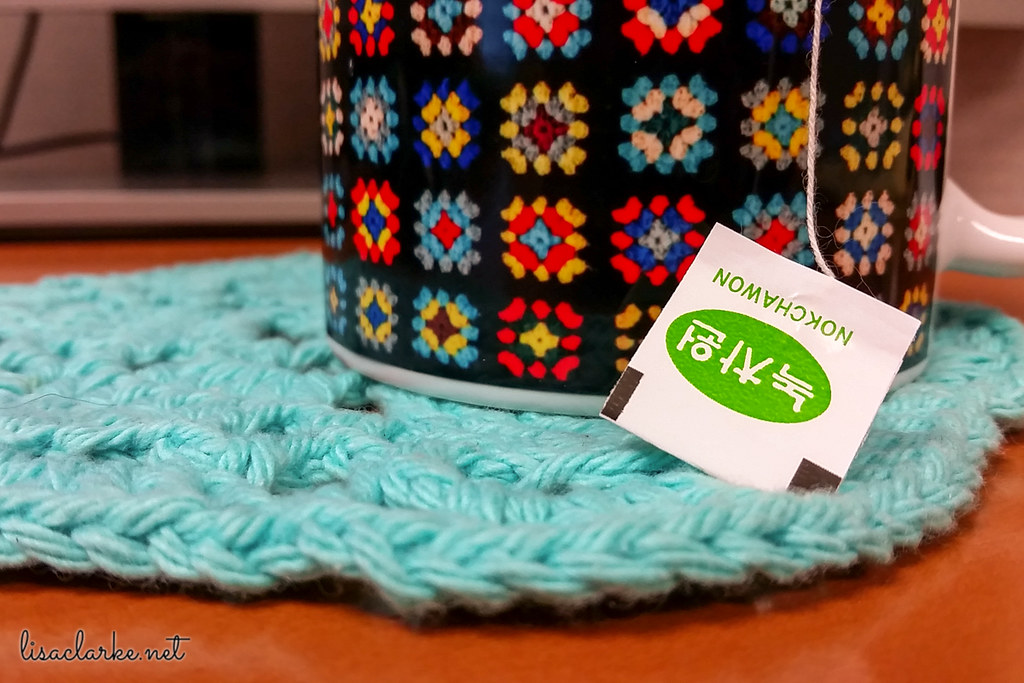 365 📱: 2017 68/365 – Nokchawon – It’s two Asian words in a row this week! I don’t know if Nokchawon is a brand name, or the name of this type of tea, but it’s really good stuff. It’s buckwheat tea! I didn’t even know that existed until recently. I was skeptical when I tried it, but it’s actually quite good. [Taken at work.] 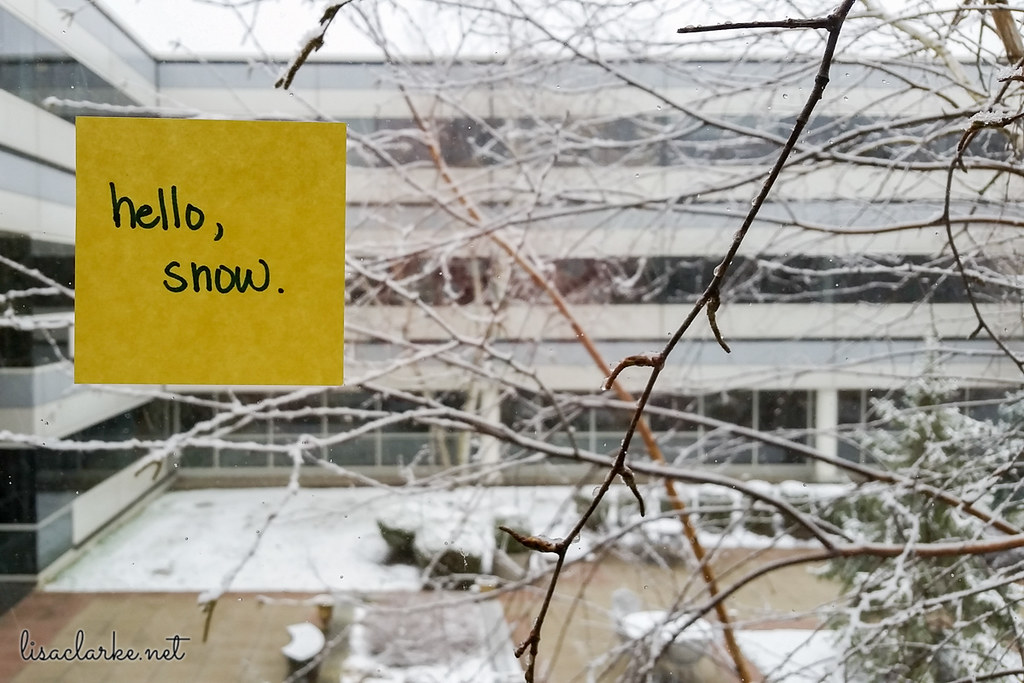 New snow is always so pretty on the bare trees. I'm hoping the commute back home is also pretty tonight ❄ It could so easily be a slushy mess! 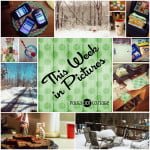 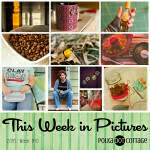 2 thoughts on “TWiP: Winter is back.”