I’m not much of a “shawl person” to be honest. Previously, the only shawls I’ve worn were for special occasions: a wedding, and a Christening where I was the godmother.

I’ve tried to wear these pieces casually after the events for which they were crocheted, but I’m never happy with the way they look. In theory, the idea of wrapping a big shawl around my neck scarf-style is appealing. In practice, not so much.

I think my problem stems from the fact that these shawls have been either the wrong size, the wrong color, or both. The white one is just too small to wrap enough times to make me happy. The pink one might be more to my liking if I tossed it in a darker, greener dye bath. 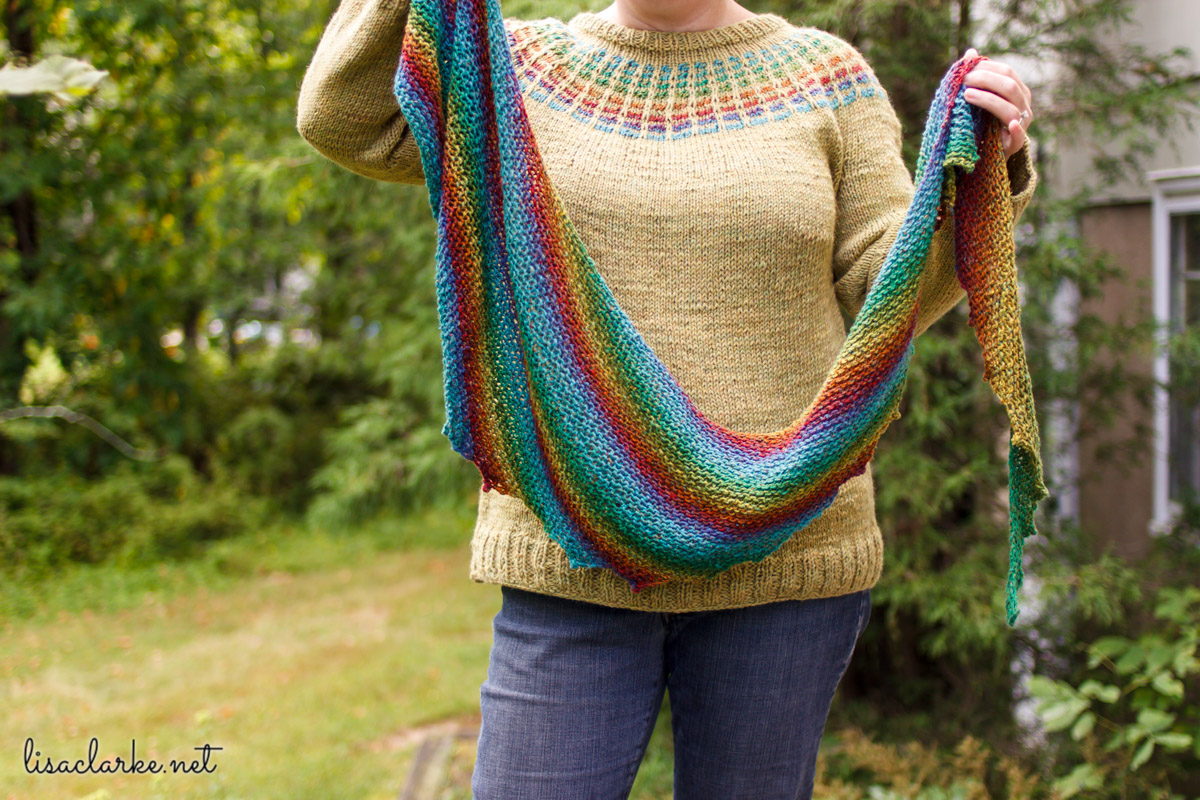 Better yet, though, would be a new shawl that was long enough to behave like a scarf, and in dark enough colors to fit my sense of style. Bonus points if I could work it up in less than a week.

This Hitchhiker Shawl ticks all of those boxes for me. It’s the first one I’ve ever knit (the other two were crocheted) and it was so simple – garter stitch the whole way – and the colors are fabulous.

It took me about three days in my spare time, start to finish.

The yarn did most of the heavy lifting here. It was leftover Cascade Tangier from the yoke of my Porthole Pullover, and the long striping works to spectacular effect here.

The Hitchhiker pattern is actually written for sock yarn, which is much much finer than the worsted that I used, but sock yarn is just not my speed at all. I think it looks great in this beefier fiber! And this particular yarn was a terrific choice. I didn’t think it needed blocking, because it felt nice right out of the gate, but I went ahead and soaked it anyway. That 15-minute soak was enough to give it several more inches in length and make it super drapey and nice. I didn’t even pin it out or stretch it. I just spread it neatly on the table in the back yard and let it dry in the sun. 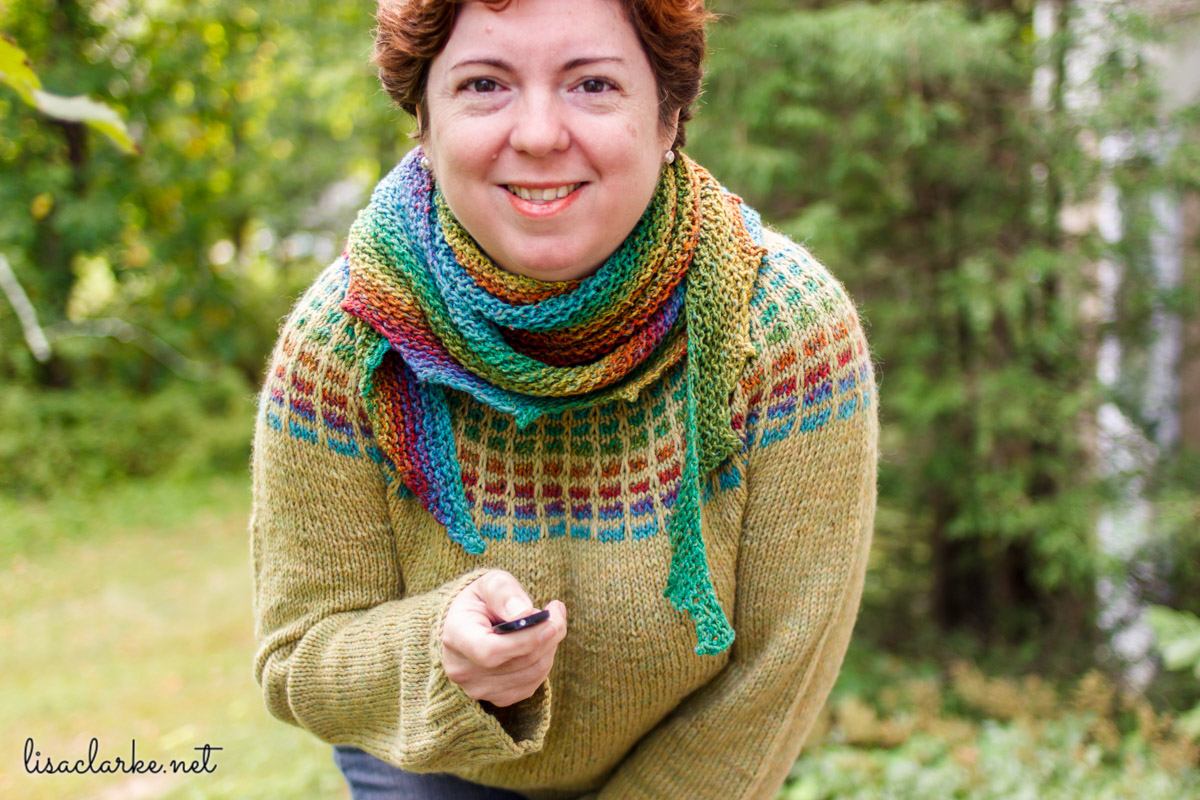 I think it is almost inevitable that there be another one of these in my future. As much as I love the rainbow color, I think one in blues, greens, and teals would be absolutely to die for!

Pattern: Hitchhiker by Martina Behm
Yarn: Cascade Tangier in Geometric (3)
Modifications: I used heavier yarn (worsted) and a larger needle (US7), and knit until I had 25 points.

By the way, I have published the pattern for the Porthole Pullover I am wearing in these pictures! I’ll post more about that later in the week, but if you already know you are interested, you can grab a copy here. Thanks!