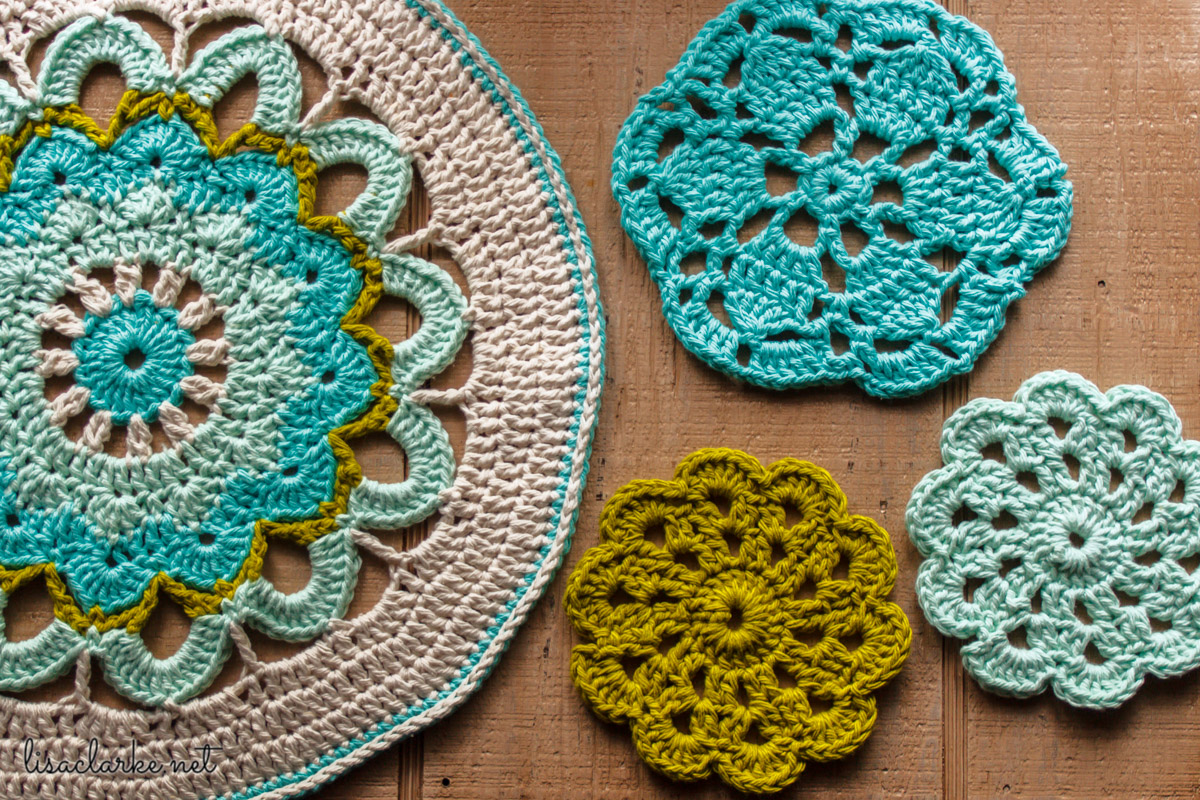 I often approach new experiences in ways that might be considered backwards. I design and produce the eBook cover before I write the book’s content. I have the party decorations figured out long before I’ve planned the food or invited the guests. And lately, I’ve been crocheting table toppers before I have a table on which to put them.

The first example of this was when I made that Marvelous Myriad Mandala to go on a piece of dining room furniture that I didn’t yet have (I still don’t have it – disposing of the old furniture has been far more problematic than we imagined it would be).

My second and current example involved these three pieces. I’ve made them to go on a desk that I don’t have, at a job that I also don’t yet have. I really thought that I would be gainfully employed by now, but the two good prospects I had both fizzled out, and I’m back to the drawing board.

This setback, though, has not stopped me from thinking about the ever important cubicle decorations 😉

I have bags in the basement which contain evidence that I have always given a thought to beauty in the workplace: picture frames covered in polymer clay, small chalk boards framed in polymer clay, business card holders made out of (yes) polymer clay… I have three full desk sets from my first full-time job, all in different styles, all made from polymer. I like to think that these small touches were artistic but tasteful. 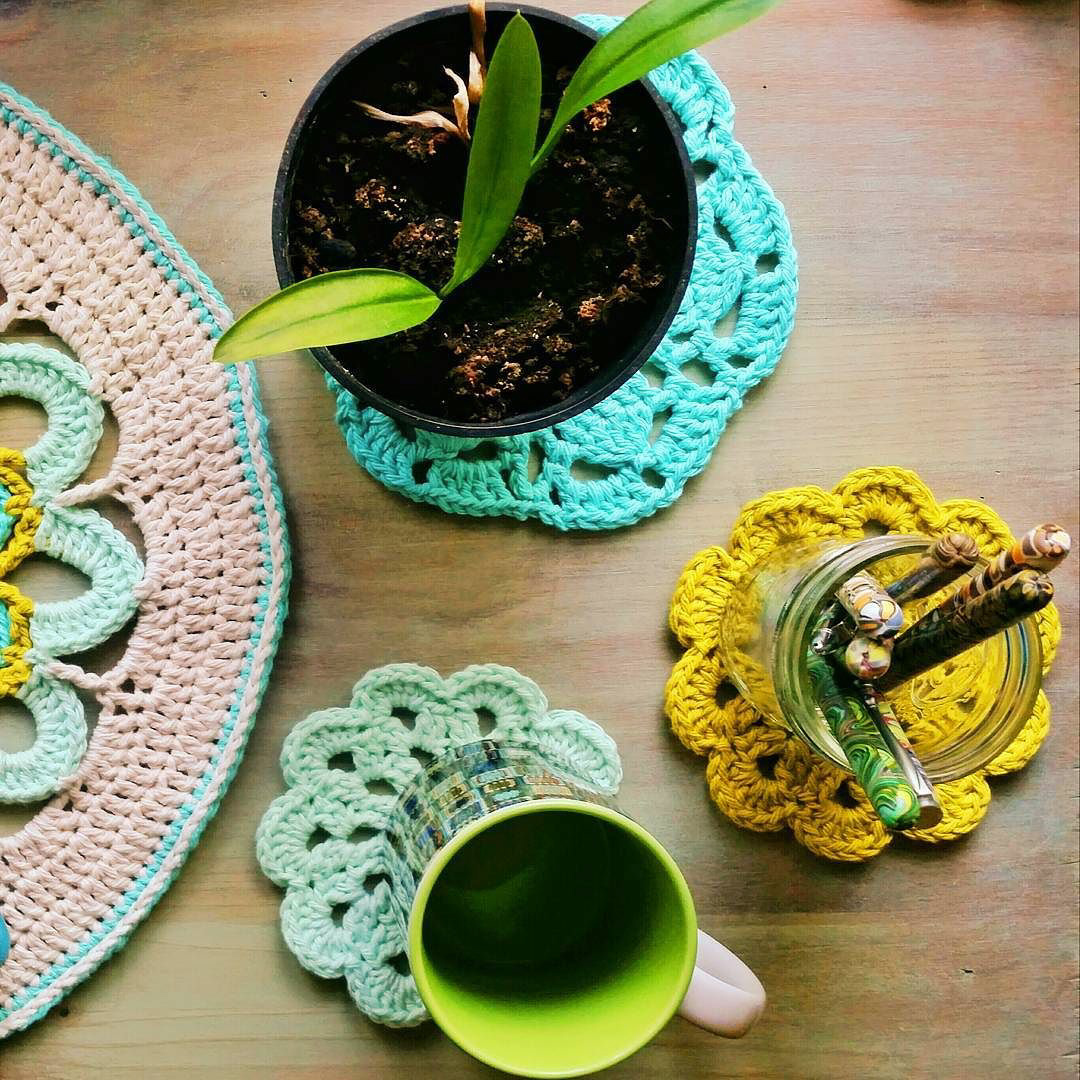 In that vein, I have these now. I don’t know if they will all get used. It depends on the size of the desk. I have no interest in being the “crazy crochet lady” at work. My goal is still artistic but tasteful.

So, I’ll stick a table mat under a small plant, and a coaster under a jar of pens, and go from there.

I love the way these turned out. All I need now is the job to go with them 😄 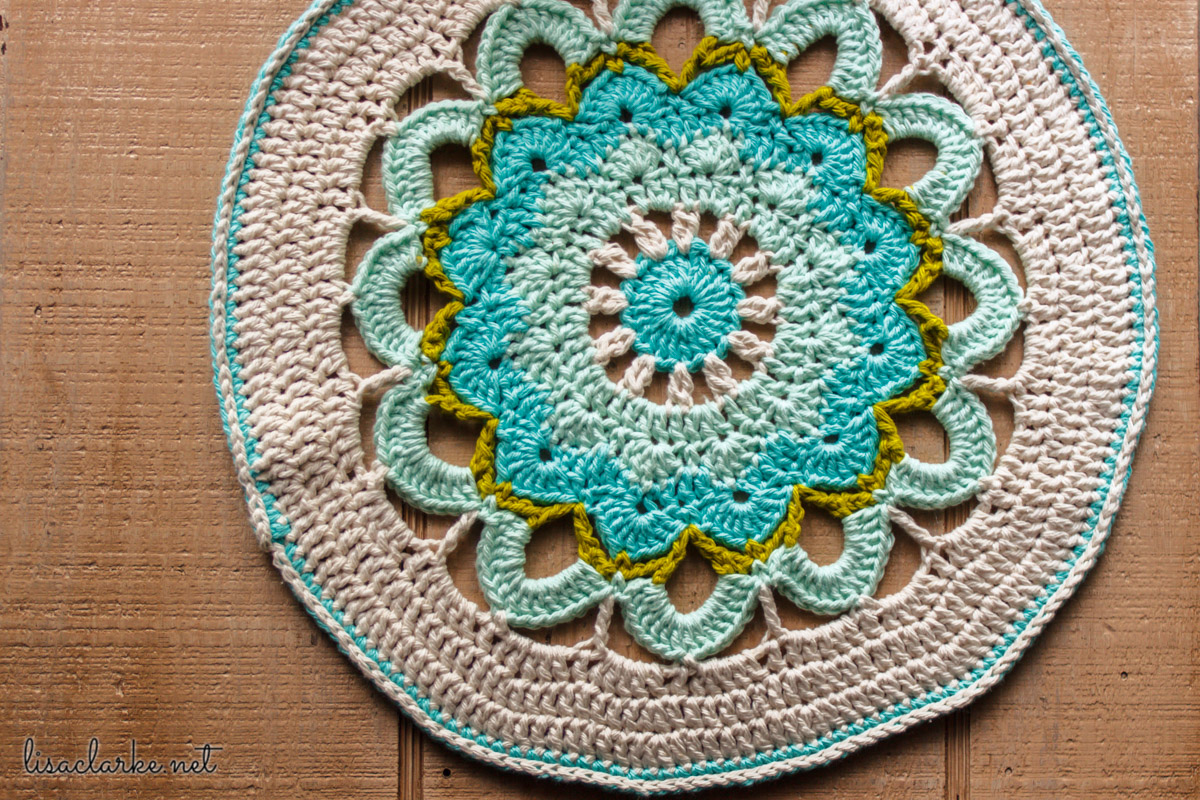 Pattern: Say it With Flowers Mandala by Haafner Linnsen from the book Mandalas to Crochet 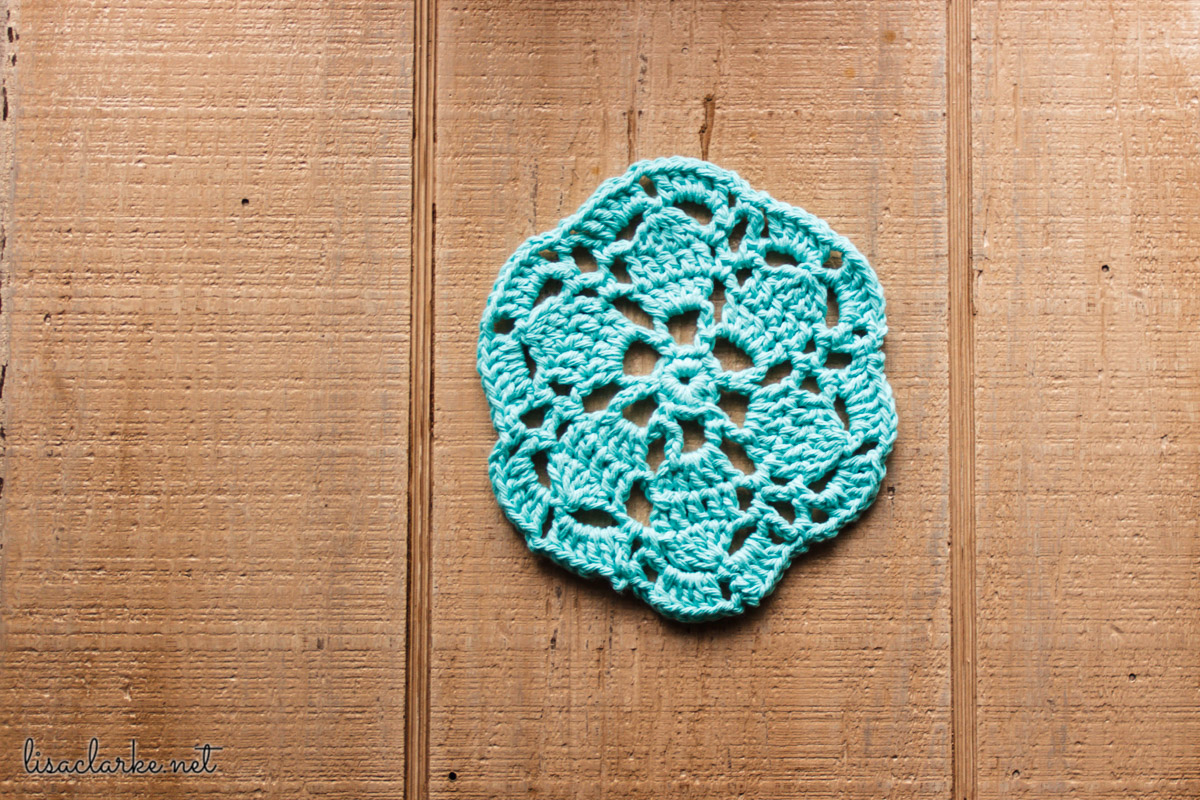 Modifications: I used only one strand of yarn (instead of doubling it) and an H hook. 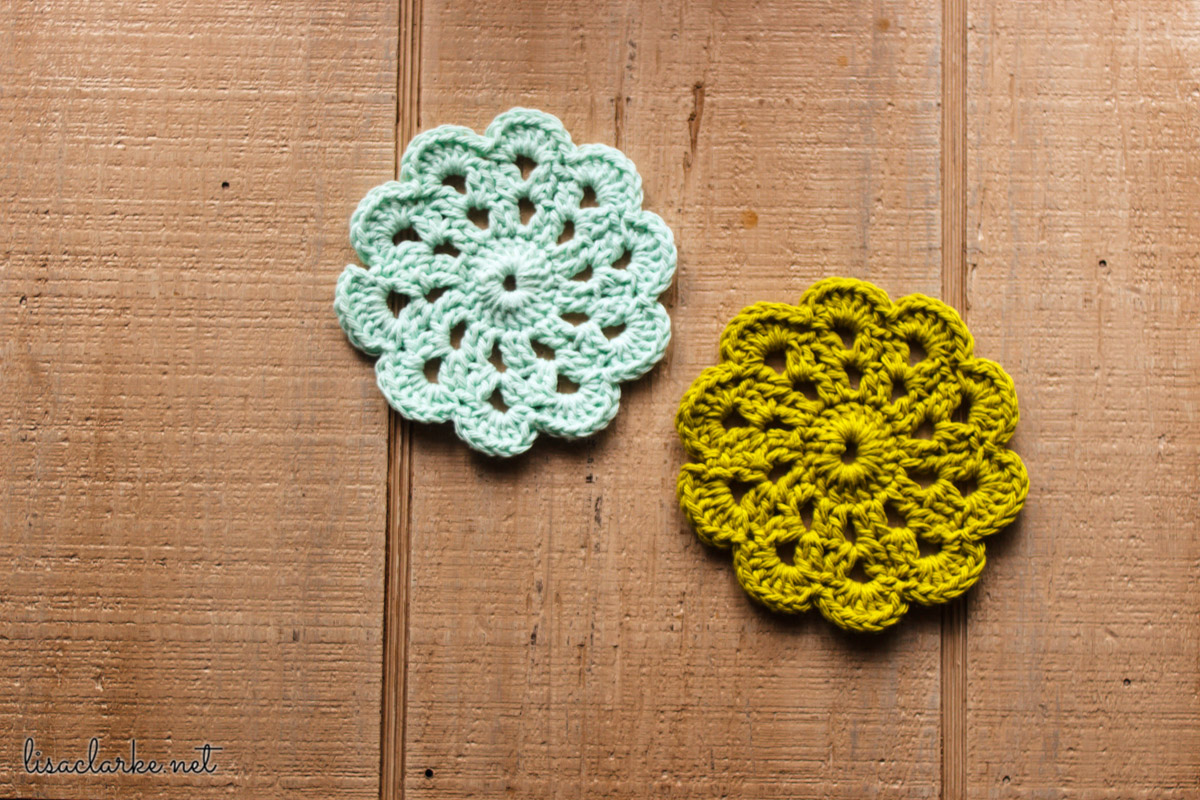 Pattern: Crochet Coasters by Sandi Marshall, based on the Crocheted Wheel for Tidy pattern from The Ladies’ Model Fancy Work Manual.

Modifications: I find it hard to squeeze 20 dcs into the center ring, so I ch 8 at the beginning instead of 6.