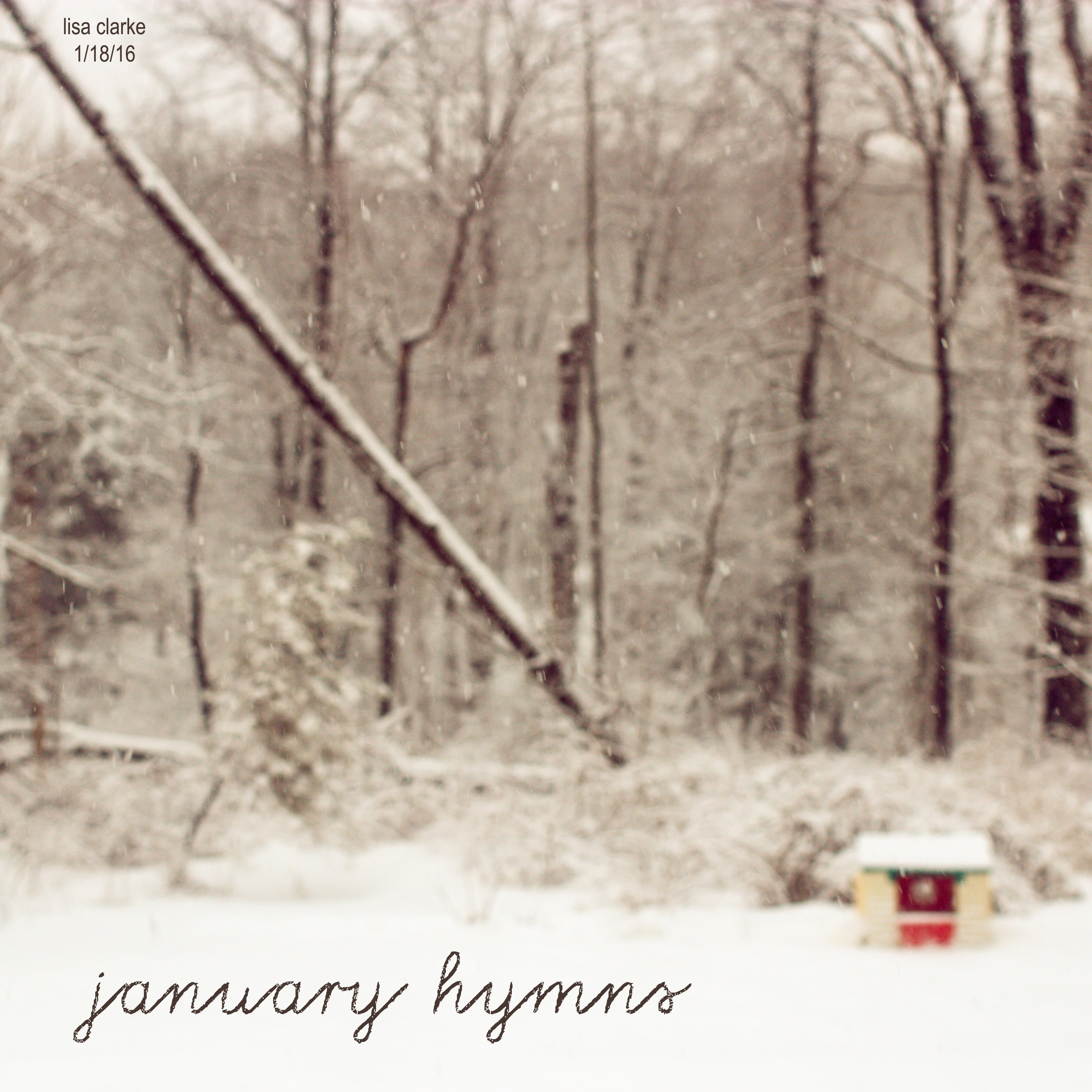 In recent years, I’ve had a tendency to make my playlists seasonal in nature. I’ve always been drawn to what I consider “Fall music,” so I’ve been doing the seasonal thing with my September and October playlists for going on 20 years. It’s a newer phenomenon for me, though, to extend this kind of thinking into the other times of the year.

This is my third Winter playlist (see the other two here and here), and while I haven’t gone so far to make sure that every song is about the cold or the snow, there are a handful of tracks that have a wintry theme. More importantly, I’ve checked the lyrics of all of the non-seasonal tracks to make sure that they don’t inadvertently mention summery pursuits.

Perhaps that’s a bit obsessive. At the very least, it explains why it takes me so crazy long to finalize a playlist these days.

At any rate, I finally burned this one to a CD for the car yesterday, and pressed “Publish” on it over at 8tracks so you can have a listen, too.

The name January Hymns comes from the first track, which is “January Hymn” by The Decemberists. As it turns out, 8tracks rejected my playlist title because it was “too similar to the title of the first track.” Well, that was kind of the whole point of the title, but whatever. I had to add “and such” to the end of the playlist title in order to get 8tracks to accept it, but as far as I’m concerned that’s not the real title and I’m going to call it whatever the heck I want. Me = Rebel 😀

If you like my other mixes, you’ll probably like this one. It’s more of the usual: a mix of relatively recent indie pop/folk tunes, plus a few favorite oldies thrown in there for good measure. Many of the songs have a wintry aspect to them, but not all do.

January Hymns and such from lclarke522 on 8tracks Radio.

I really enjoy sharing music like this. I was probably meant to be a DJ in some other life 😀

I don’t know if you remember, but I used to have my own radio station at Live365. That was fun, but I had to give it up. It would have been prohibitively expensive to set it up with enough music to keep it from being repetitive. I could only afford about 7 hours of storage, so my playlist repeated a LOT. I didn’t have the time to refresh it as often as I should have, so I just let it go.

This 8tracks thing works so much better for me. For one thing, it’s completely free. For another, it fits in with my natural tendency to make myself mixes for the car. Doing it this way allows me to share the playlists I was making already with very little extra effort involved.

If you’d like to explore my other playlists, you can take a peek at my 8tracks profile, or look at the music category here on the blog.

Any suggestions for a theme for my next playlist? It’ll be a few months before I’m ready to make another one, but when the time comes maybe I’ll break out of the seasonal thing for a bit if I have some fun ideas.