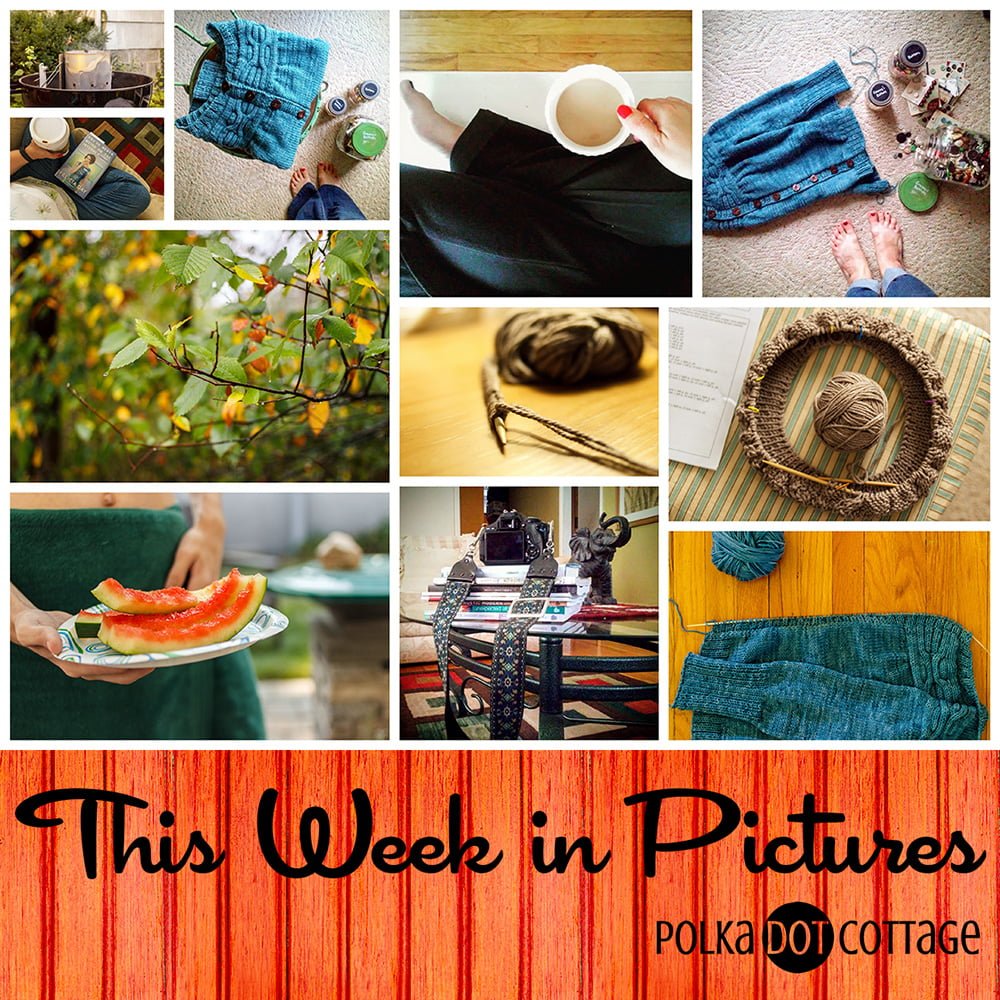 Sometime near the end of this week I finally snapped out of my back-to-school paralysis, or whatever it was that was keeping me from getting anything at all done, and started tackling some things around the house that had been clamoring for my attention.

And yet, you’d never know it from the pictures I took this week. It does appear that I’ve done nothing but knit and sip coffee. That might have been nice, but I assure you it didn’t happen 😉 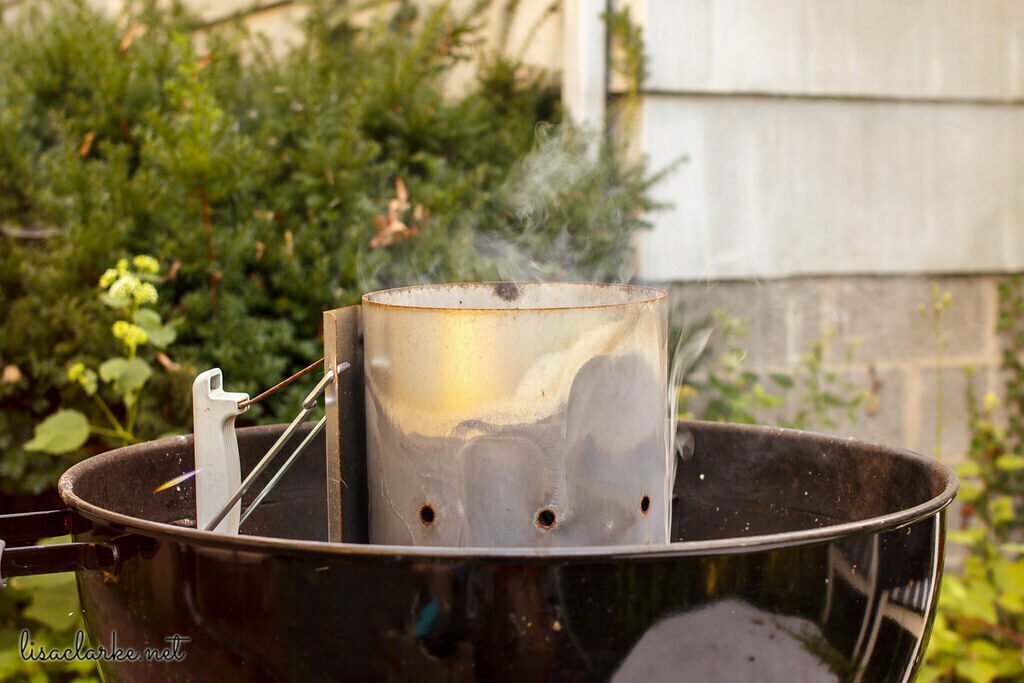 365: 2015 248/365 – One of these days I will figure out the art of successfully stuffing the bottom of the chimney with newspapers, so that they burn long enough to ignite the coals. I always have the worst time getting that to work. 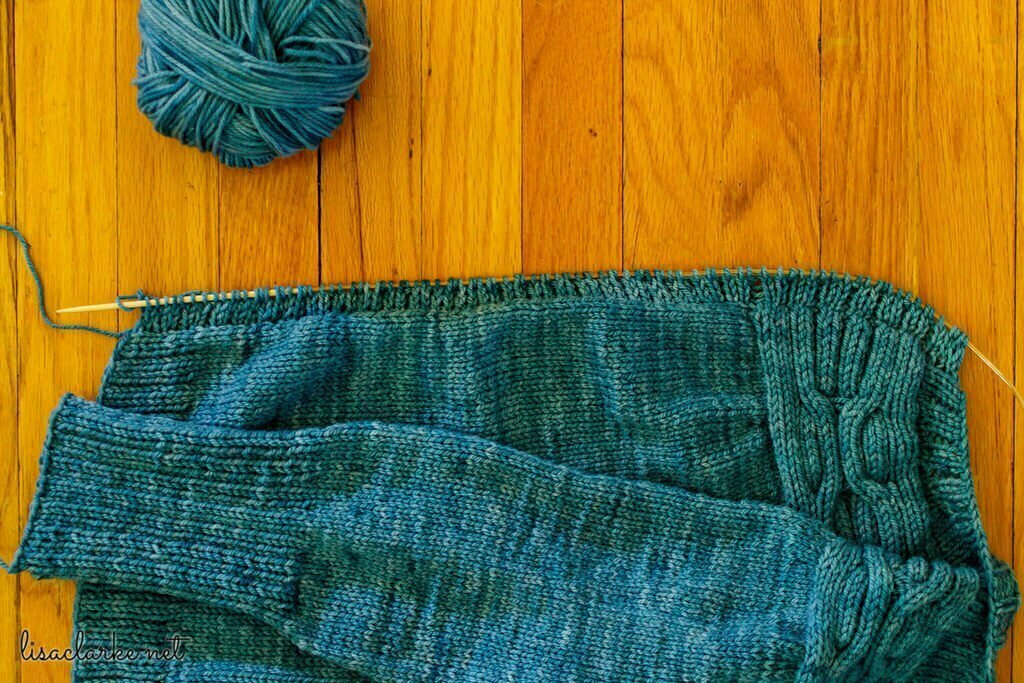 My Tin Can Knits Caribou Cardigan is finished! Don't mind me while I bounce around over here doing the sweater completion dance 😍 #knitting #sweaters 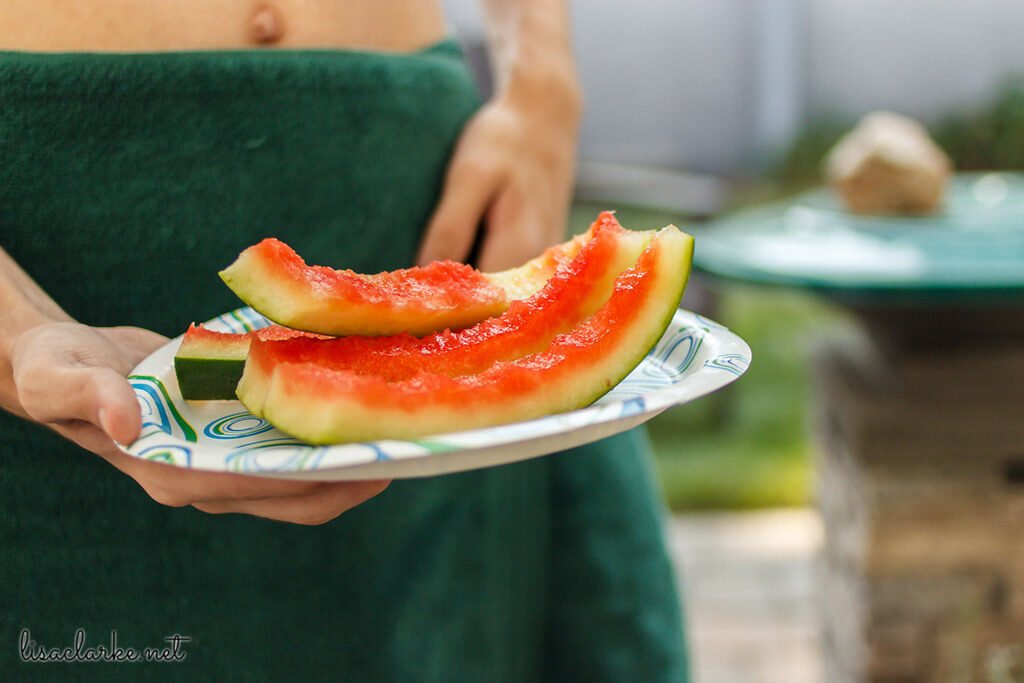 365: 2015 250/365 – I thought it would be fun to take a picture of the eight of us, sitting around drying off after a nice swim in my parents’ pool, eating watermelon, maybe waving goodbye to summer, but my idea was rejected by about 2/3 of the people I wanted in the shot. So Happy Labor Day, and please enjoy this photo of four watermelon rinds and my out-of-focus firstborn who was stuck holding the plate. 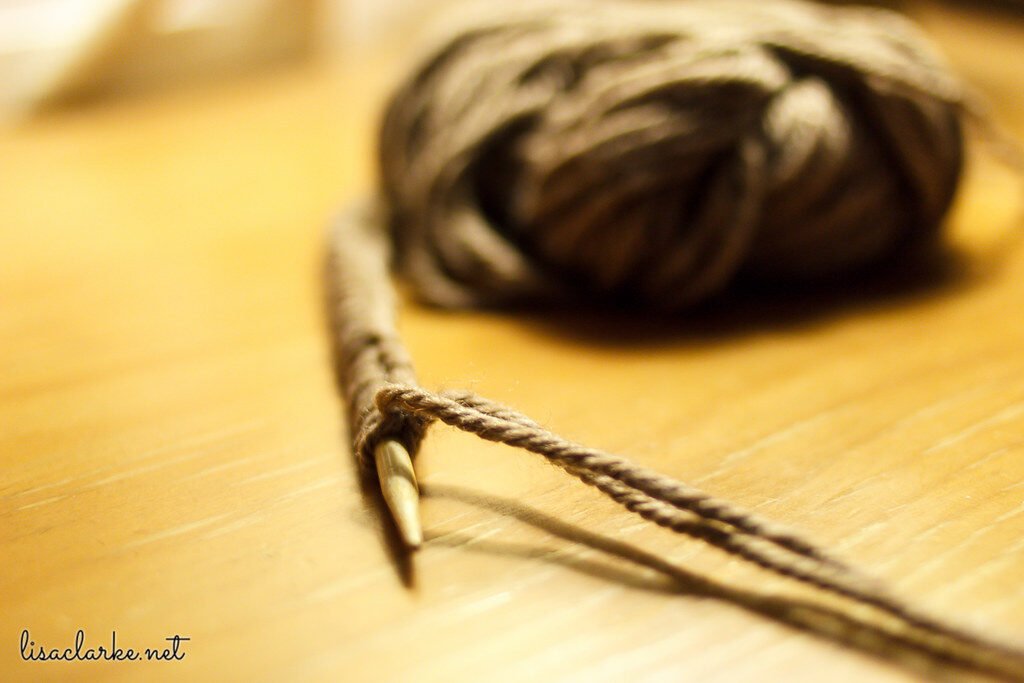 365: 2015 251/365 – Casting on for a new sweater tonight. This one is for Neil. Maybe if he has a nice cozy sweater to wear, he won’t notice when I creep the thermostat down little by little this winter 😉 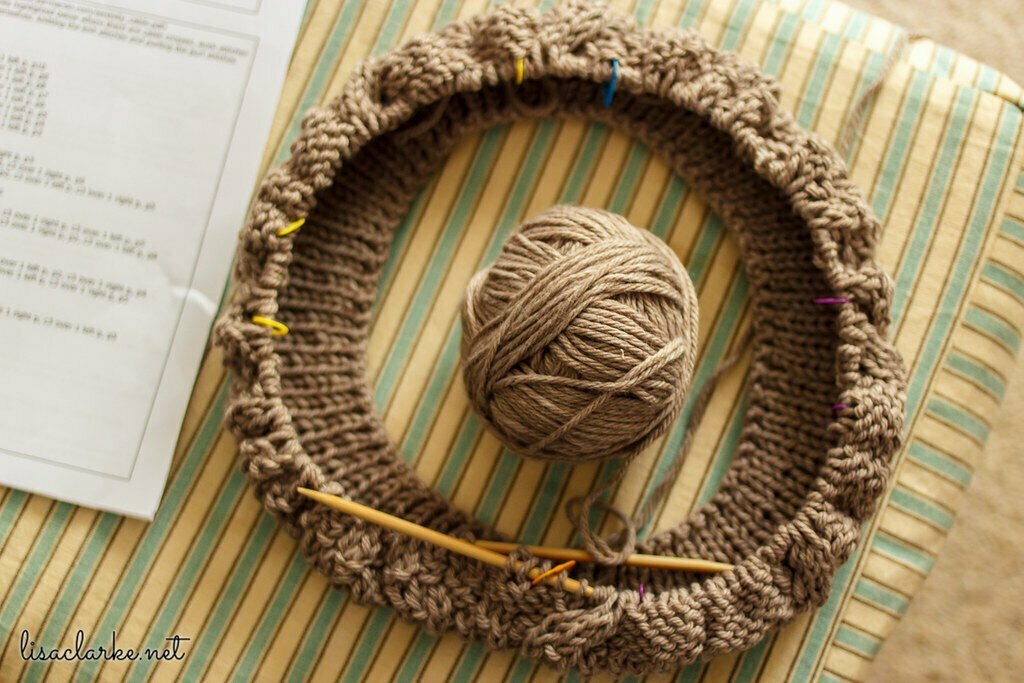 365: 2015 252/365 – Neil’s sweater after one evening working on it. I’m using fairly heavy yarn, which makes the process go more quickly than my usual sweater knitting. 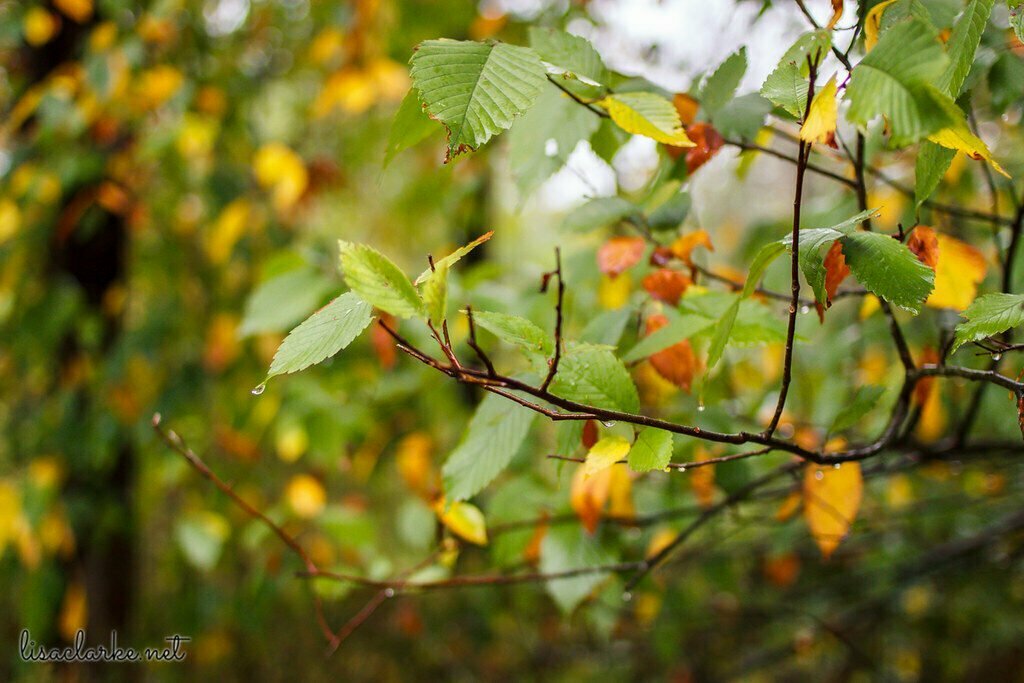 Good morning 🌞 I'm enjoying a post-workout cup of delicious coffee, while perched atop the dining room cabinet I finally cleaned off yesterday. How about you?

I've been admiring the strap from my grandmother's old camera, while using a sub-standard homemade prototype on my own camera, but I finally had a duh moment and put Granny's strap on mine. Much better 😊📷 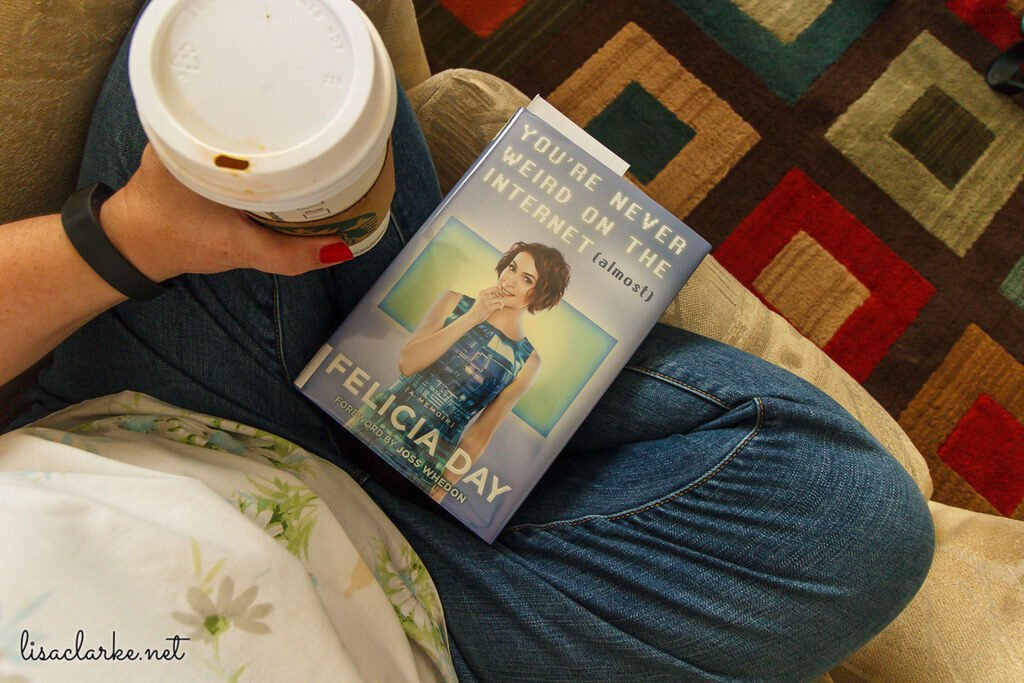 365: 2015 254/365 – I spent this morning getting sweaty and tired, first at the gym and then cleaning the house. It seemed only fair to spend a few minutes this afternoon kicking back next to a breezy open window with a latte and a library book. (Hm, this is my second post of the day, crossed-legged with a cup of coffee – will you ever believe that I was actually productive today?!)

1 thought on “TWiP: Just Lounging Around”