Or so I was beginning to think. 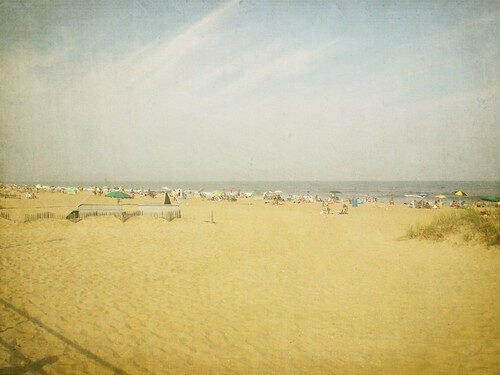 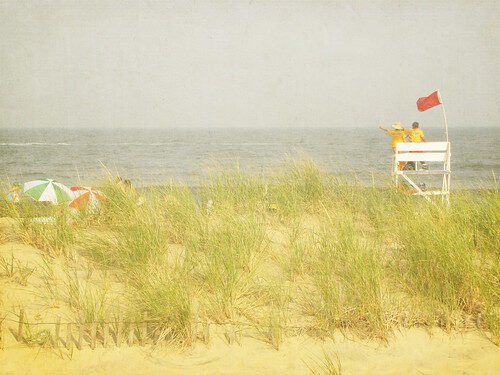 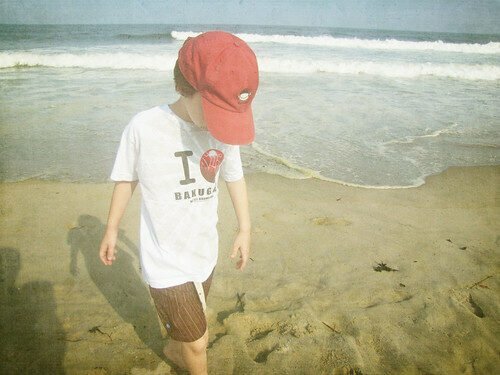 We took a day trip yesterday to Ocean Grove.  Or, more accurately, we took a late-afternoon-into-night trip, as is our usual m.o.  These are the only pictures I was able to take before my camera seized up, lens partially extended, and refused to come back on.  If you will recall, the event that led up to the purchase of this camera in the first place, was a lens failure on the part of my previous camera, while on a day trip to – you guessed it – Ocean Grove.

I’ve been to that place three times, and two of those trips have claimed my cameras.  Not nice.

We hadn’t even put down our beach blanket this time when the camera quit.  I tried several times to revive it, before giving up.  I put the camera away, allowed myself five minutes to wallow and feel sorry for myself, and then chose to have a fabulous time despite the loss of my favorite toy (again).

It really was a nice trip, and I only said to myself half a dozen times, “ooh, pretty, I wish I could photograph that.”

I won’t keep you waiting until the end of the post before I tell you that I changed the camera’s batteries when I got home and all was well.  Camera again in working order.  Whew.  I had never had dead batteries do that to me before – there is always some kind of warning, and the lens always retracts.  I’m wondering if the sea air has a wonky effect on rechargeable batteries. Or cameras.   Next time, I’m bringing backups.

Anyway, Ocean Grove.  We usually do our day-tripping at Point Pleasant Beach, but sometimes when we’re there, I really feel that the best parts are the ones related to the beach itself.  The rest of it can feel like expensive and unnecessary distractions.  Our last trip there, the boys didn’t even seem to be all that interested in the rides and games.  So, this time we opted for something much more low-key.

We’d been to Ocean Grove before, but only in the off-season (once in October of 2007, and once this past March) and I didn’t really know what it would be like in the height of summer.  I was pretty sure that – even crowded – it would be more low-key than Point Pleasant.

And it was.  Much less expensive, too.  The parking was free, and we got there late enough that the beach was free, too.  When we were finished beaching, we walked two blocks into town for supper at Nagles, the quirky and delicious place we went last time we were in town.  Back on the boardwalk later, we watched an orchestra rehearse for (get this) a Christmas concert.  Then we walked the boardwalk into Asbury Park, where we caught a bit of a free outdoor Peter Frampton concert at the Stone Pony, found some fun little shops to gaze into, and enjoyed some chocolate-covered-pretzels before hoofing it back to the car.

It was perfect.  Just the right speed for me.  The kids didn’t miss the rides at all.  We’re thinking picnic supper for next time.  And a back-up plan for the camera!!

By the way, on a totally different note, I forgot to mention the other day that Janet at The Craft Map asked me to be the Featured Blogger for August (thank you, Janet!)  You’re invited to read my interview here.