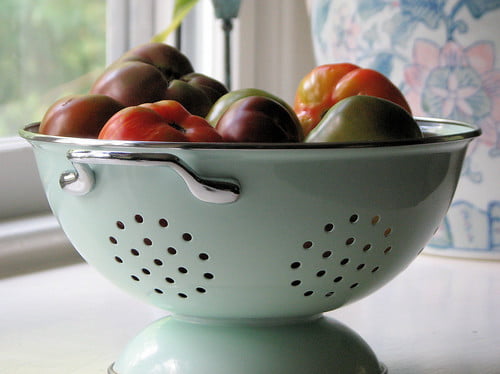 Nobody in my house likes tomatoes, including me.  Can you believe it?  Every year I walk past the heirloom tomatoes at the farmers’ markets and think, “those are beautiful, but it would be pointless to bring them home with me.” 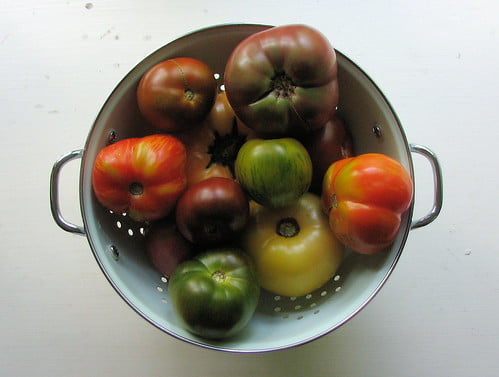 This year is different, because this year I have read Animal Vegetable Miracle, and in doing so have been inspired to make and store my own tomato sauce.  While none of us around here will bite into a raw tomato willingly, pouring some over our spaghetti in sauce form is a completely different story. 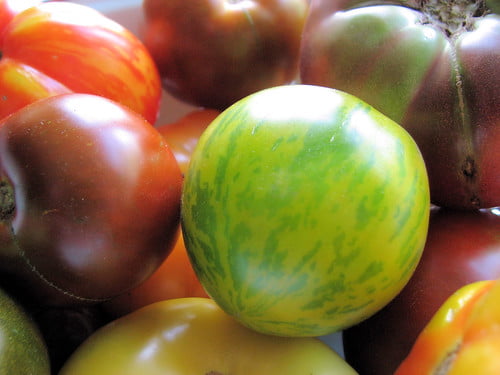 So, my more-experienced-in-the-realm-of-tomatoes bloggy friends, I ask you – what is your favorite way to turn beauties like these into a smooth, delectable pasta sauce?  I’m crazy excited to make my own sauce! (And, truth be told, I really want to try this too, even though it is probably entirely too ambitious for me.)

All I need is your great grandmother’s tried and true recipe please, and I’ll be on my way

11 thoughts on “Sure they’re pretty, but now what?”