Be warned. I just re-read this post, and I seem to have written a book tonight. If you’d like to just skip ahead to the next blog in your reader, one that is more full of photographs than pesky prose, you may be excused

Still here? Aw, thanks. Now on with the post:

I woke up this morning a little dizzy – just like I went to bed the night before. I looked out the window and saw Monday. And rain. I skipped my shower out of disinterest in the task, headed to the basement with a load of laundry, and then deposited myself in the kitchen to prepare lunches for some growing boys. Turning on my computer I saw Barbara‘s away message on IM was about “rainy days and Mondays” and I had to nod to myself in agreement. “Blah” just about summed it up.

By the time I got one child on the bus, and the other driven to preschool, I was starting to think about the upcoming events this week that will require my attention. This is approximately where the “blah” feeling started to change. I began to get those first little inklings of panic – those indications that I may be headed for a complete stress-related freak-out. Nevermind that a freak-out wouldn’t exactly be justified. Yet. The idea that things were going to be busy, and I hadn’t taken the time to write it all down somewhere useful, was enough to make me feel like I was about to buried under something heavy.

It makes sense, then, that my next course of action should have been to sit down with a pen and paper, and write down all of those little things that I would need to remember. And when I finished with that, I would update my Google Calendar so I couldn’t possibly forget. Yes, that would have made perfect sense. 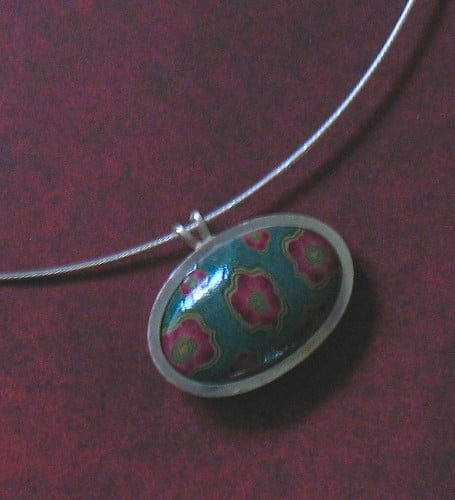 Instead, I took the ostrich approach. I buried my head in the sand, and made pendants.

The problem, friends, is not merely that I took a few hours to make pendants, because that would still have been a relatively insignificant detour. No, the problem is that I felt the need to completely finish the pendants, photograph them, and put them up for sale. And this took the better part of the day. By the time I was putting the finishing touches on the last Etsy listing of the day, that panicky feeling was getting worse.

It was also supper time by then, and I should take a moment to thank the wonderful people at Rival for inventing the Crock Pot. On a day like today, where I would normally have resorted to frozen crispy chicken strips and french fries for supper amid the groans of my long-suffering husband, I instead served Slow-Cooker Salsa Chicken. A real meal. 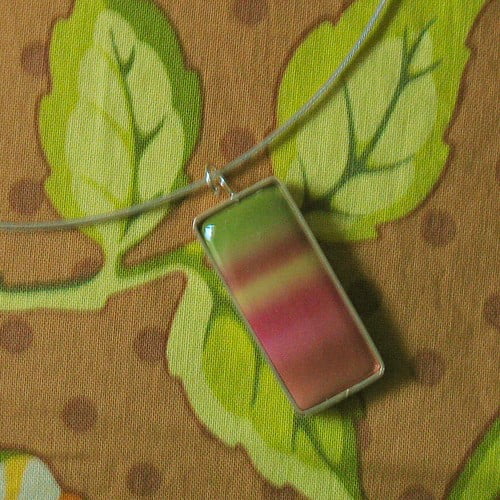 Supper has been over for three hours now. The children are asleep. I still have not made that to-do list, and the grouchy, stressed-out feeling is lingering. I know that as soon as I commit to paper those items that I must remember, they will stop plaguing me. So why do I hesitate? Why, indeed. You know what? I’m going to just spill it here. Heck, if you’re still reading this, it’s obvious you’re not easily bored, and that you’ll read just about anything, so why not torture you further with my stream-of-consciousness brain dump?

Ok, there may be more, but those are the big ones. I thought that would make me feel better, but it doesn’t really. I thought if I looked at it, I would realize that it wasn’t really that bad. Unfortunately, I still think it may be that bad.

Maybe I’ll just write the rest of this day off and start fresh tomorrow.

Or, maybe I’ll just curl up with a new book for a while… You may remember me mentioning Amanda Soule’s blog, Soule Mama? She’s one of those bloggers that affects me in one of two ways, depending on my mood:

I prefer to be in the former frame of mind, of course. And it’s a lot easier to be in that serene place when the children are sleeping peacefully and not screaming at each other, or talking back to me. So perhaps Amanda’s new book is good nighttime reading, over a cup of Organic Mint Melange Tea. Perhaps it will spark some creative ideas to take with me into the next day. When the kids bounce out of bed in the morning I can greet them with a Pop Tart and a smile, and say “I have a great idea for something we can do together later!” (I’m guessing Amanda Soule doesn’t feed her kids Pop Tarts for breakfast, but I think I can live with that