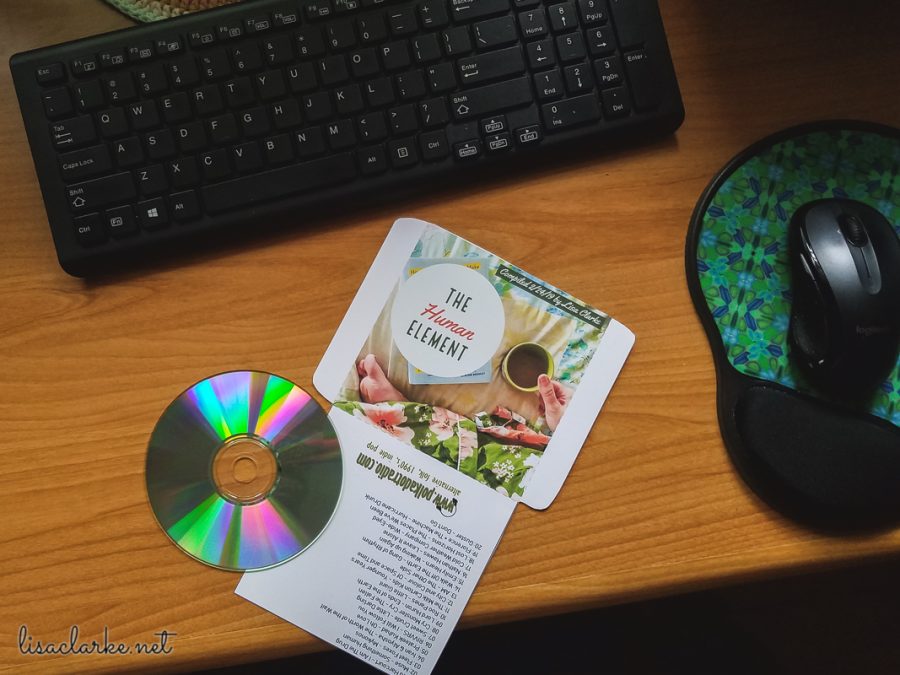 I have a new playlist to share! It contains 20 new-to-me tracks, and is pretty similar to most of my other non-themed playlists. If you like those, you’ll probably like this 🙂

The Human Element from lclarke522 on 8tracks Radio.

Why “The Human Element?”

It’s an inside joke.

Months ago, my siblings and I were discussing my many coffee-cup photos, and how the majority of them also had my hand in them. I told them it was “the human element” and that I thought it made for a more compelling image. That led to some gentle ribbing, particularly about the images where my feet were also visible. It turns out there are a lot more foot-near-a-coffee-cup pictures in my collection than even I realized! It doesn’t bother me – my feet are clean, and often I’m wearing socks. But I guess not everyone is so laid back about it…

Somewhere along the line “human element” became a synonym among us for “foot in the picture.” And my sister, brother, and sister-in-law have taken to posting images on our group chat, where they’ve purposely inserted their feet in places they don’t belong. I’ve gotten a lot of grief for this over the past several months, let me tell you 🤣

And yet. It hasn’t stopped me from taking as many dang photos as I want where my foot happens to be mere inches away from my coffee cup. So there! LOL!

Basically, this cover and title has very little to do with the songs in the playlist, and everything to do with teasing my siblings. Because that’s what life is all about, isn’t it? 😊

2 thoughts on “The Human Element”