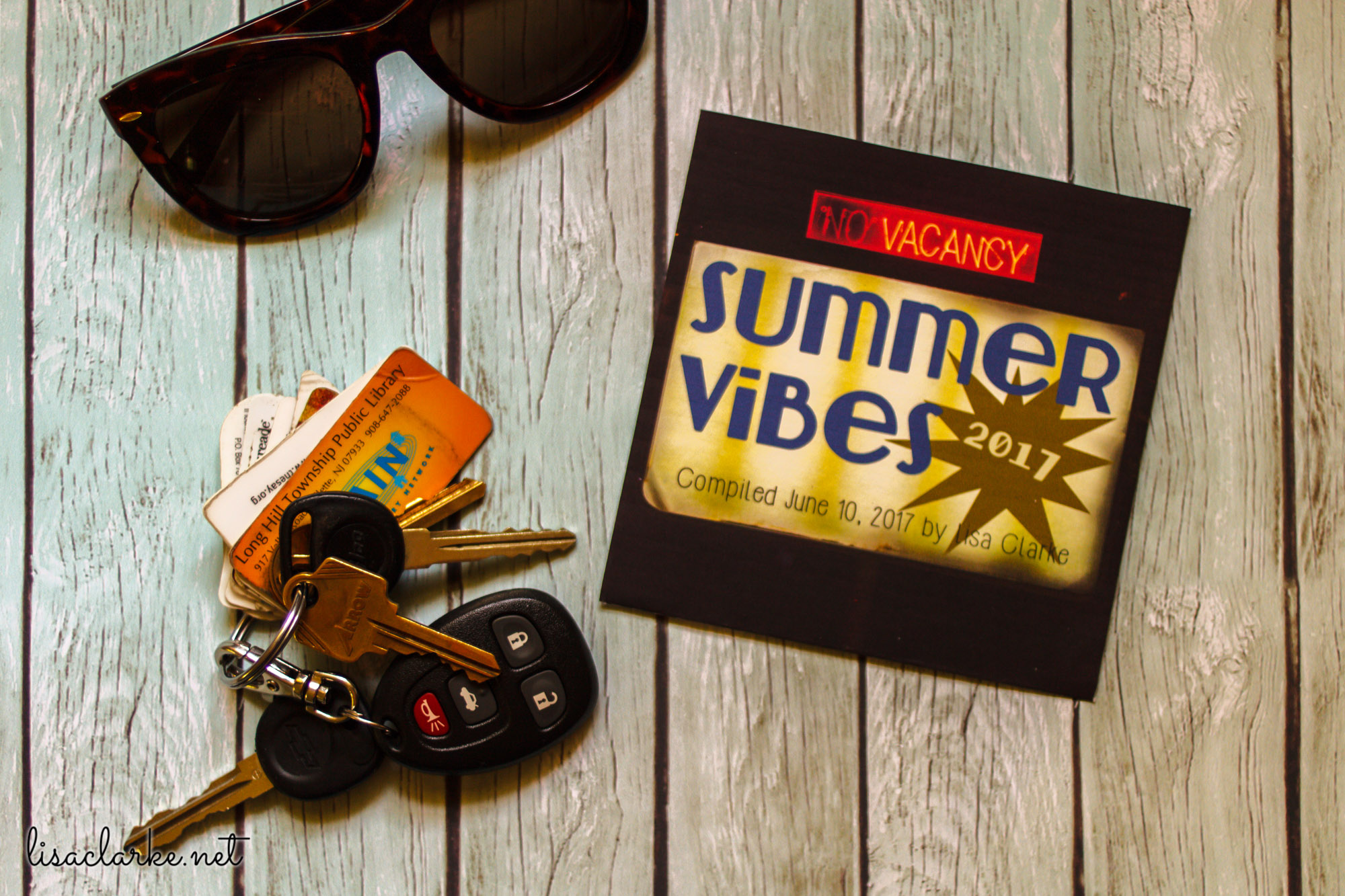 UPDATE: I just noticed this is my 2000th published post! Pretty cool, eh? And earlier this month it was the 10th anniversary of this iteration of my blog! (I’ve been blogging since September 2005, but I started this WordPress blog in June of 2007). It’s a very milestoney kind of month!

I made a new playlist. Want to hear it? It’s about ninety minutes long, and it’s all pretty new music. I often pepper older stuff into my mixes, but I resisted this time. I’ve put the track listing at the end of the post, so those who like surprises can’t accidentally read it if they don’t want to 😉

I had fun making this cover. I took an image from last month’s trip to Ocean City, and transformed it from “The Ocean Front Motel” to “Summer Vibes 2017.” Pretty cool, eh? 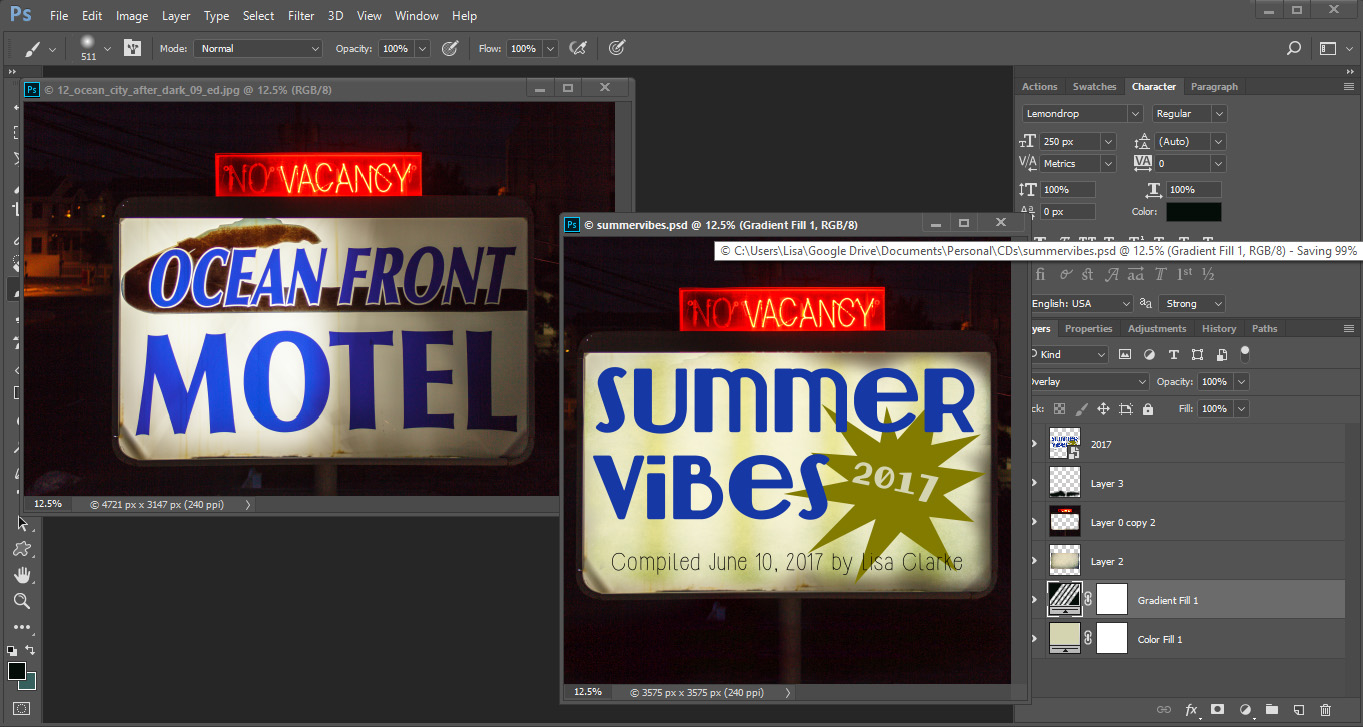