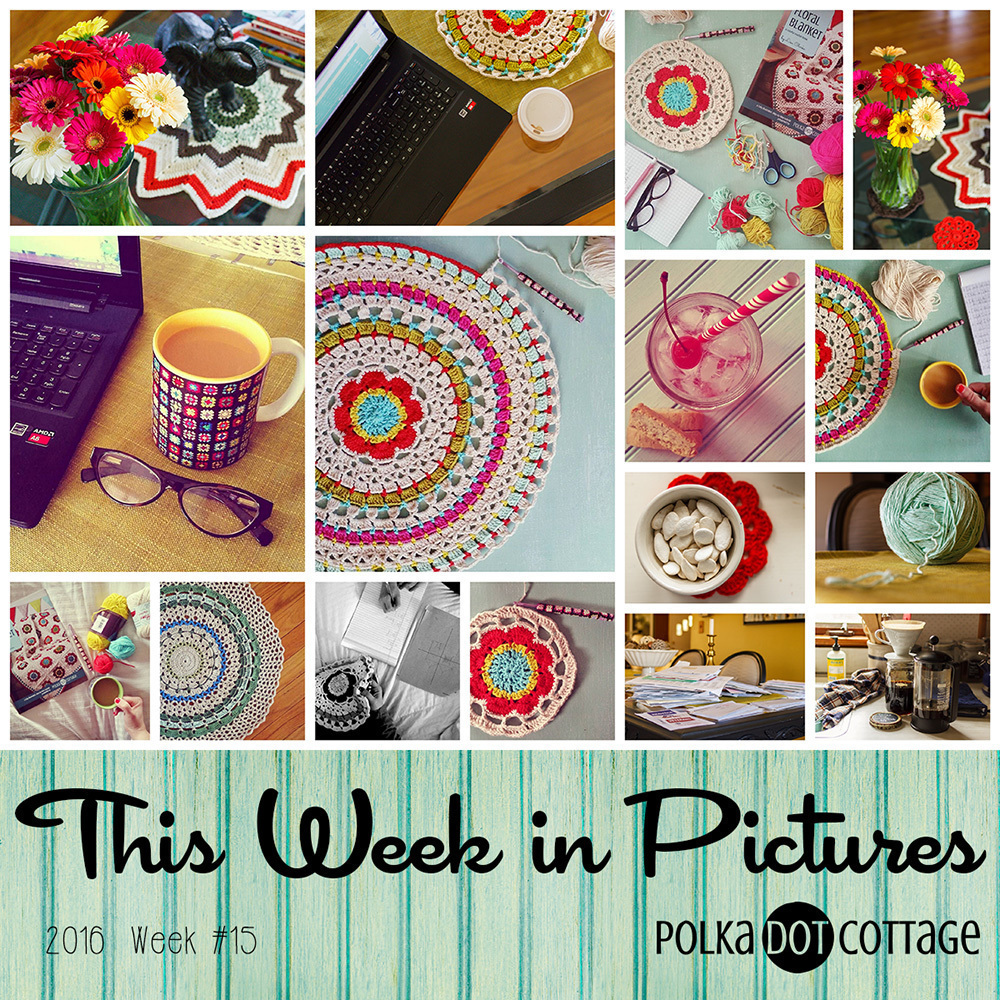 I neglected this poor blog this week. This is what happens when you are up to your eyeballs in spreadsheets and an unfinished crochet project. I feel like it’s pretty much been flowers and taxes around here lately (which is half nice…). 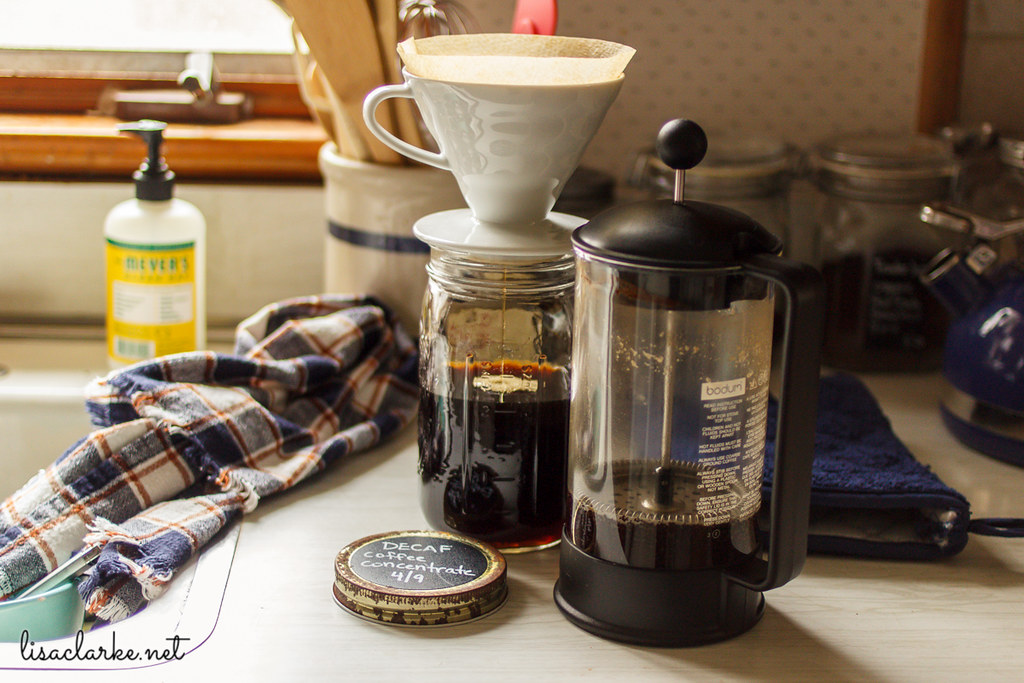 365: 2016 100/366 – It’s hard to believe we are already 100 days into 2016! Wow. Anyway, it’s Saturday morning, and I’m filtering the cold-brew concentrate. Microwaved cold-brew is not as good-tasting as fresh-brewed, but it’s a lot less aromatic, which is a Good Thing when you live with someone who gags at the smell of coffee brewing. I don’t mind sacrificing a little bit of flavor if it means I can have my morning coffee on the weekends without bothering him 🙂

Good Morning, Instagram 😊. My creative challenge for this weekend: to design a mandala adapted from my Mod Floral Blanket pattern. I've been thinking about this for days – so eager to get started! #pdc

It's a shame I can't #crochet all day. I'll have to stop here for now. Not a bad start to my new #pdcmodfloralmandala design, though! More later 😊 #pdc

I crocheted until it was about a foot wide yesterday, didn't like it, and ripped all the way back to the main flower. I'm liking this stitch pattern better (so far) but time will tell whether or not it stays 😉 #pdc #pdcmodfloralmandala 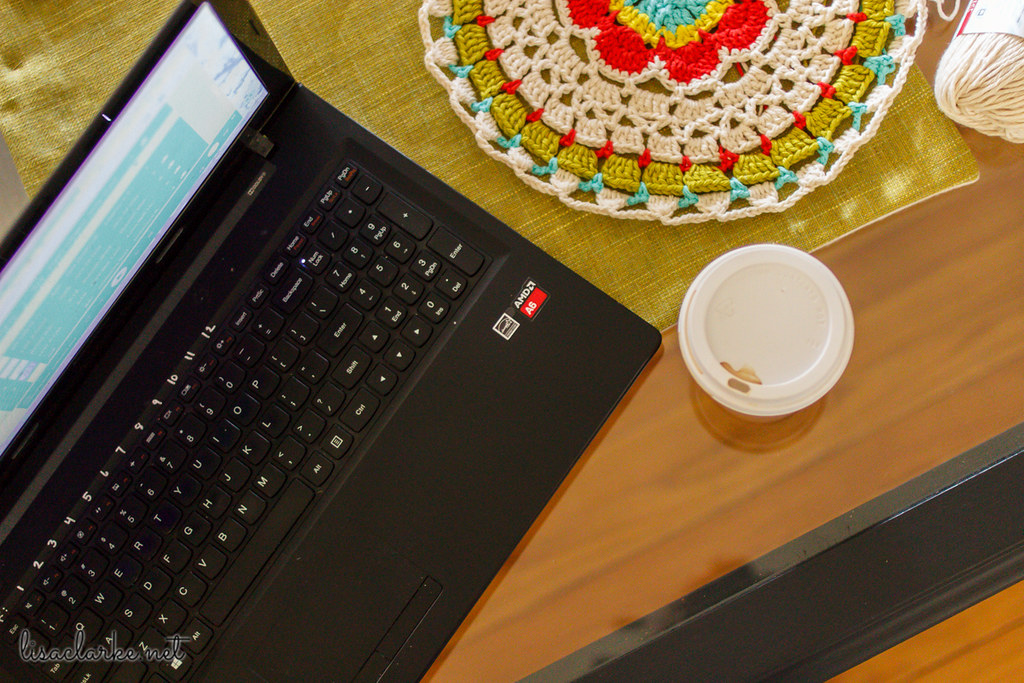 365: 2016 101/366 – This weekend has been all about alternating: calculating expenses for tax purposes, designing a new crochet pattern for my shop, helping the 7th grader with an algebra project, expenses, crochet, algebra, expenses, crochet…

Hanging out with my 13-year-old: pattern design for me, algebra for him. 💙

Let's do this thing. #taxes 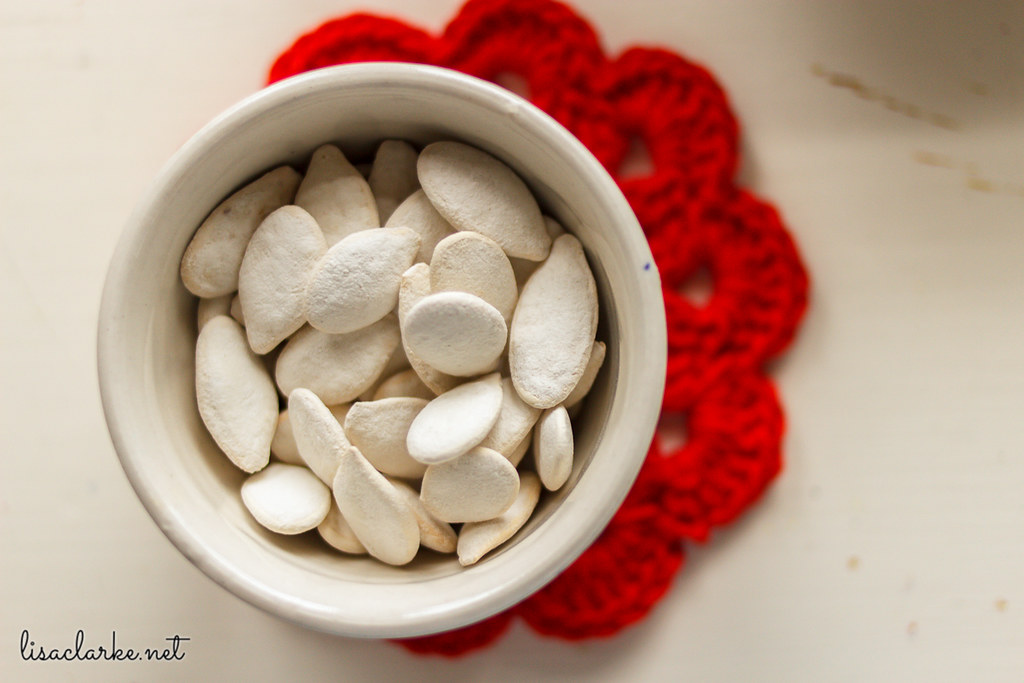 365: 2016 102/366 – I bought these salted pumpkin seeds to replace my favorite too-carby snack of pretzels, but holy cow are they salty! I consider myself a salt lover, but these were too much even for me. 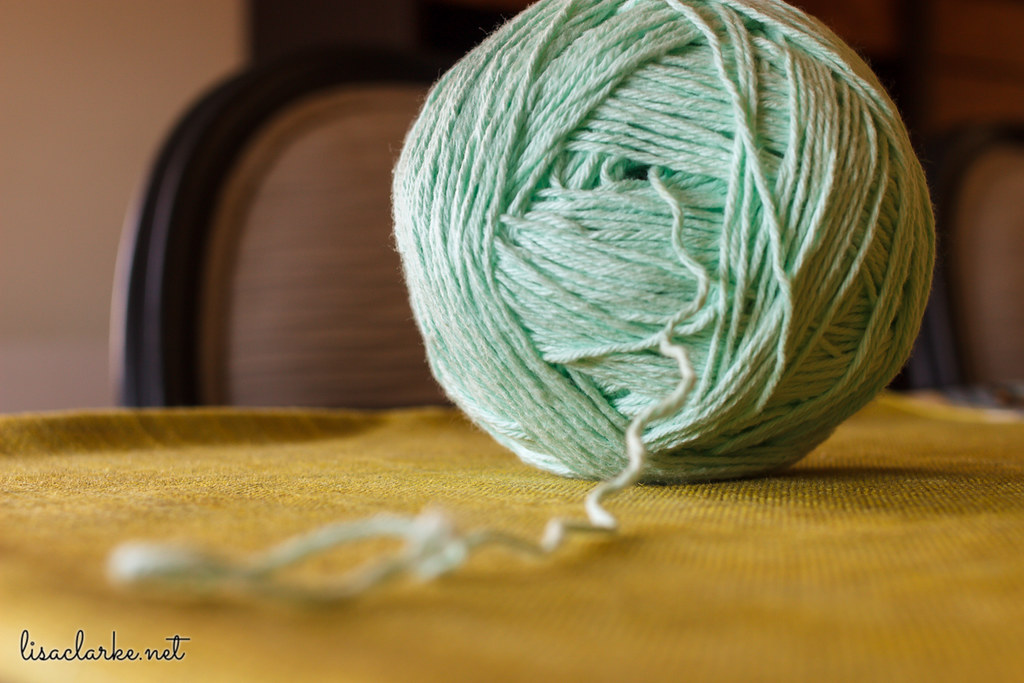 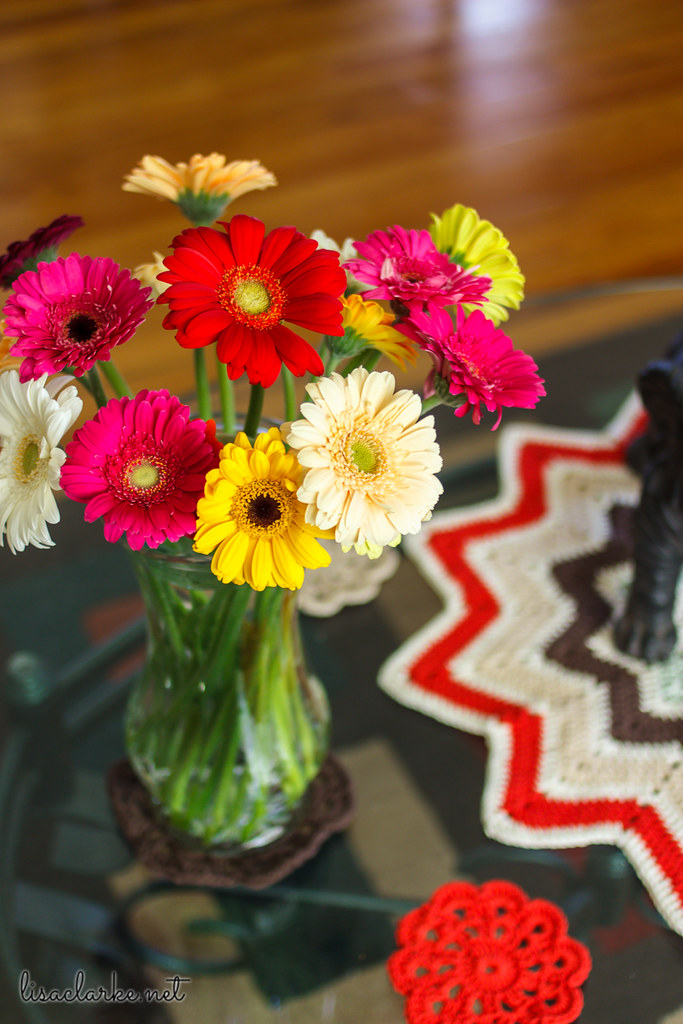 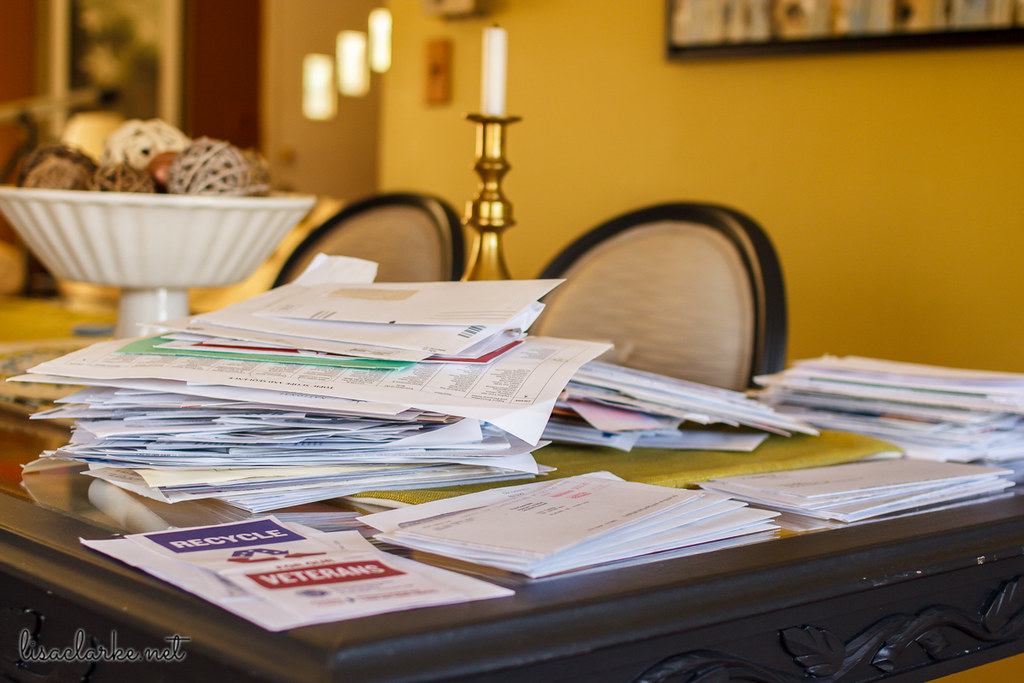 365: 2016 105/366 – Every year I admit to being an underachiever when it comes to tracking monthly expenses in my budget spreadsheet, but what I usually neglect to mention is that I also have a nasty habit of letting the unsorted mail pile up. This is why tax time is such a joy for me. Sigh. So I dealt with that whole pile this morning (yay!) but I still can’t find my 1098 mortgage interest form (boo!).

I've had kind of an annoying day, but I'm hoping this little treat will turn it around: Mandarin lime soda and maraschino cherries with a couple of almond biscotti. 🍹🍒❤ 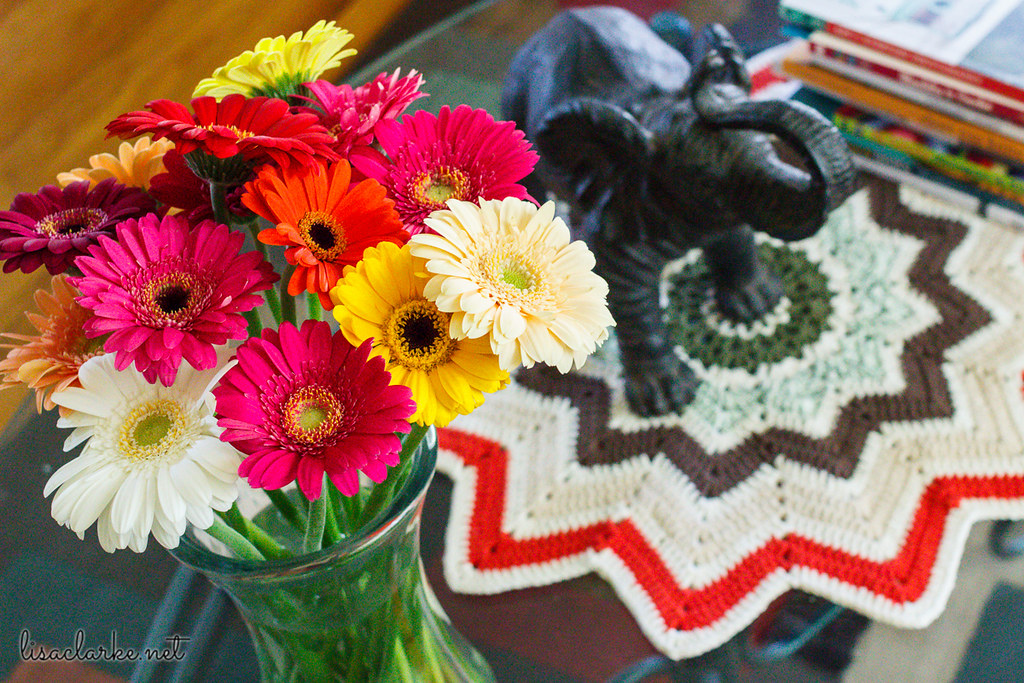 365: 2016 106/366 – I couldn’t figure out how to take a picture that captured my afternoon: several hours of cranked-up music and getting stuff done. So instead, I shot these flowers, because they’re still in nice shape and they won’t be forever 🙂

Thanks for taking a peek at this week’s photos! If you want to see this stuff as it happens, please feel free to follow me on Flickr and/or Instagram.
I may already have plans to blog about some of these things in greater detail over the coming week, but be sure to leave a comment if there’s something in particular you want to know about! 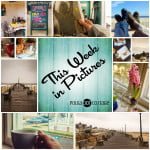