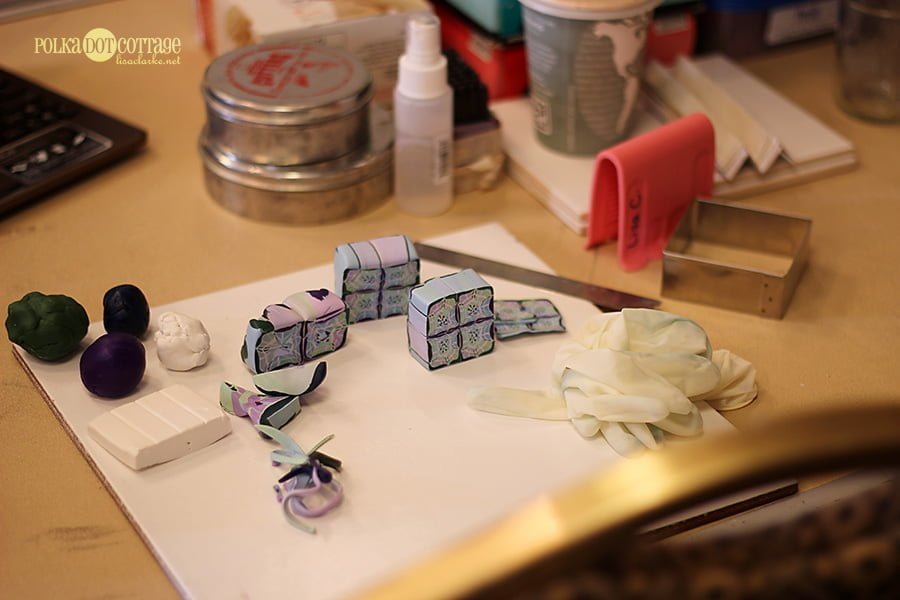 It’s Sunday morning, and I am sitting alone in my hotel room, sipping coffee and waiting for my family to join me in a google hangout that they probably have no idea I’ve invited them to. It sounds more needy and sad than it actually is. The coffee is quite delicious, and if I don’t hangout with the family now, there’s always later.

Connecting with each other is easier every year. In the past, I only had my crummy little cell phone. Now I still have a crummy little cell phone, but there’s the laptop for face-to-face when I’m in my room, and the tablet for instant-messaging when I’m at my work table in the clay room. And yesterday, Aidan and I used the tablet for a google hangout during which I walked from my room to the coffee station in the lobby, and then to the clay room, giving Aidan a tour of the facility in the process. 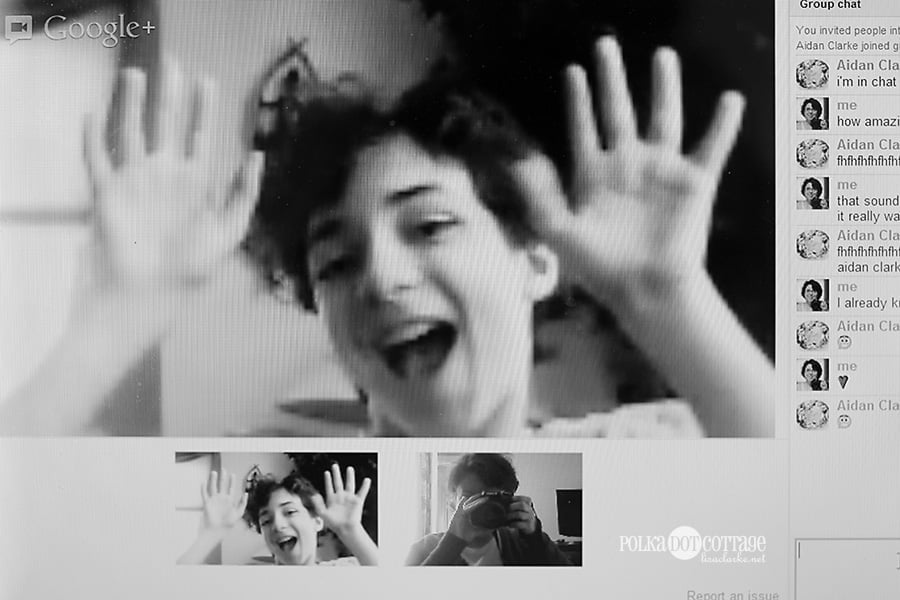 It’s now been fifteen minutes since I wrote that last paragraph, and I’ve had a little face time with the family during which I learned one child has a sore throat (I directed him to the oscillococcinum – stay away, flu!) and the other child is in the middle of a Wii U adventure (which is pretty much his natural state of being). 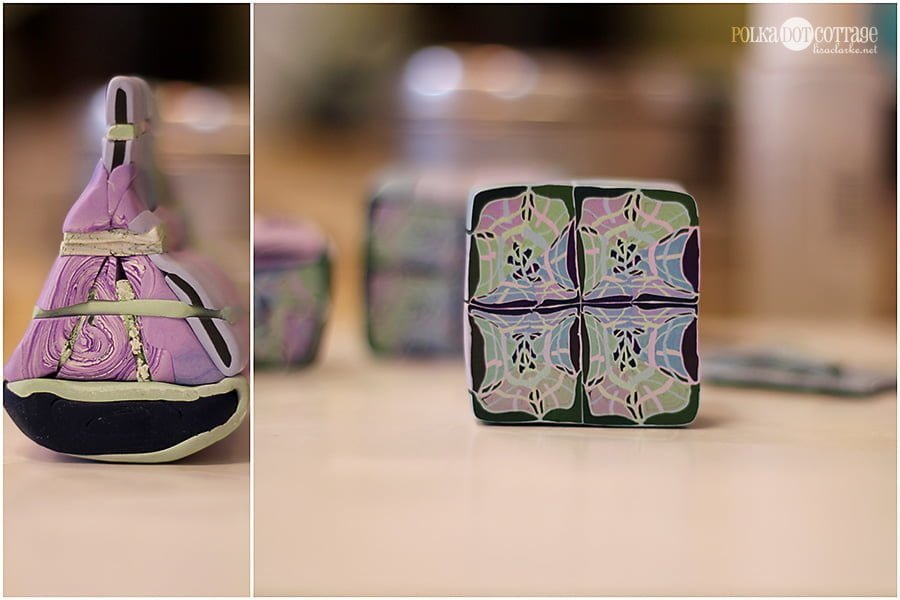 I want to run down to the clay room now and get my money’s worth out of this weekend, but before I do, let me show you what I’ve been up to here. Usually by this time, I’ve amassed such a ridiculous collection of finished objects that I am the subject of some good-natured ribbing about my productivity. It’s really kind of gross how prolific I can be at the Clayathon. Heh.

This year has been different. I’ve sat around and chatted more than I’ve put my nose to the grindstone, and when I have worked, it’s been more of an experimental play-time than anything else. We were given some small packs of pearlescent Premo and a few silver-tone jewelry findings from Sculpey, and here’s what I did with them, adding only a little bit of my own white to the mix: 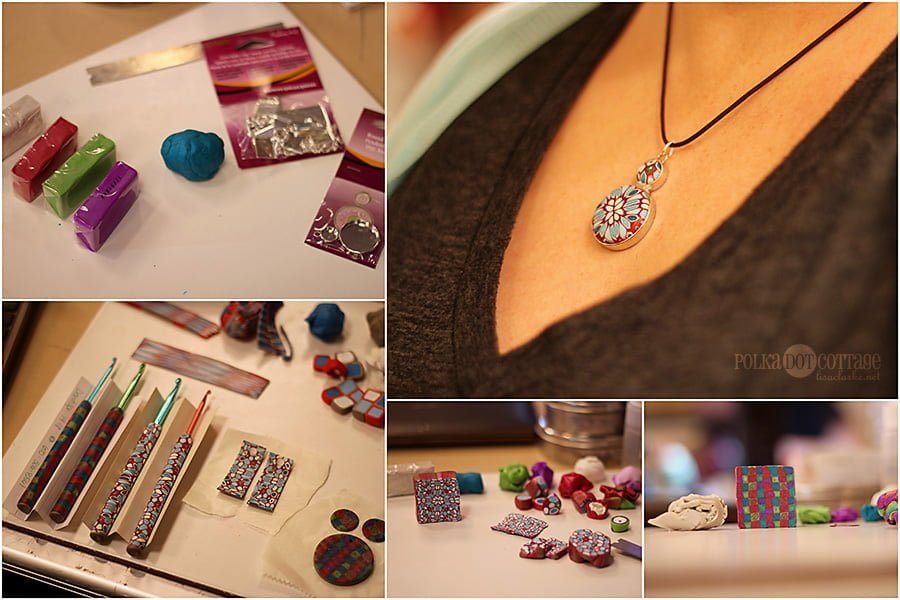 I’m happier with this necklace and these crochet hooks than anything else I’ve done all weekend so far. I don’t usually use sparkly clays in my work, but once in a while it’s fun to add a touch of it. You can’t tell from the photos, but these have somewhat more than a touch of sparkle. You can get a slightly closer view if you click the image.

Well, it’s time to get back to it. And I just remembered that I told you I’d take some step-by-step photos of my millefiori process. I’ll try to do that today. I suspect that I am going to spend the whole weekend in this experimental mode, so the step-by-steps may result in a big pile of ick at the end. That’s probably ok, though. It would certainly be realistic! Not every experiment ends in something beautiful.

I’ve got more hexagons planned for tomorrow’s post, but after that I’ll be back to show you more of my polymer weekend. Happy Sunday!

3 thoughts on “Fun with freebies”