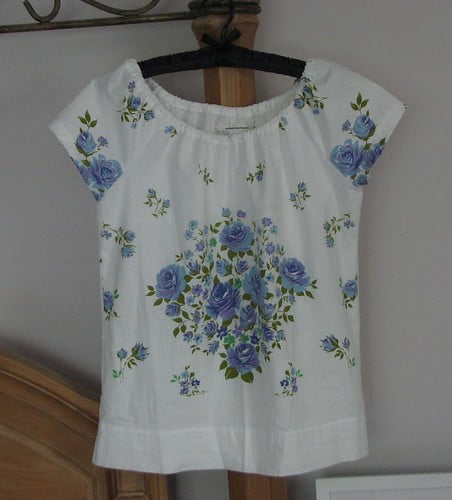 1. Thrift shop find: a white vintage sheet that has a border of flowers along the bottom hem. That said “make a shirt out of me!” So, I did, and now I have a lovely new Simplicty 3835 to wear, and a large portion of a plain white sheet with which I can experiment on other things, like the other summer shirt pattern I bought that has been leaving me feeling intimidated.

2. Finding the Greasemonkey Script Flickr Buddy Icon Reply that lets you easily include images in your comment replies. I’ve been wanting to know how to do that for months! Finally had a “duh” moment and just googled “icon in flickr reply.” Duh.

3. The subsequent discovery of the Flickr Hacks group, which could lead to some fun things to play with next time I have a moment to really look through it. 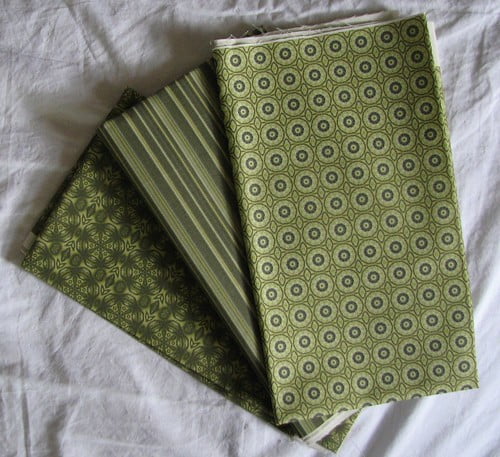 4. Playing “Fabric Designer” via Spoonflower. More on that in its own post, when I actually make something with the fabric.

5. Finally locating the missing flag panels, even if it was almost a week too late. (They had gotten slipped in the middle of a pile of skirts waiting to be hung up. Oops.)

6. Easy conversations while looking out the window of a train.

7. Taking a late afternoon shower, and the accompanying aroma of newly clean skin.

6 thoughts on “Reasons to be cheerful”