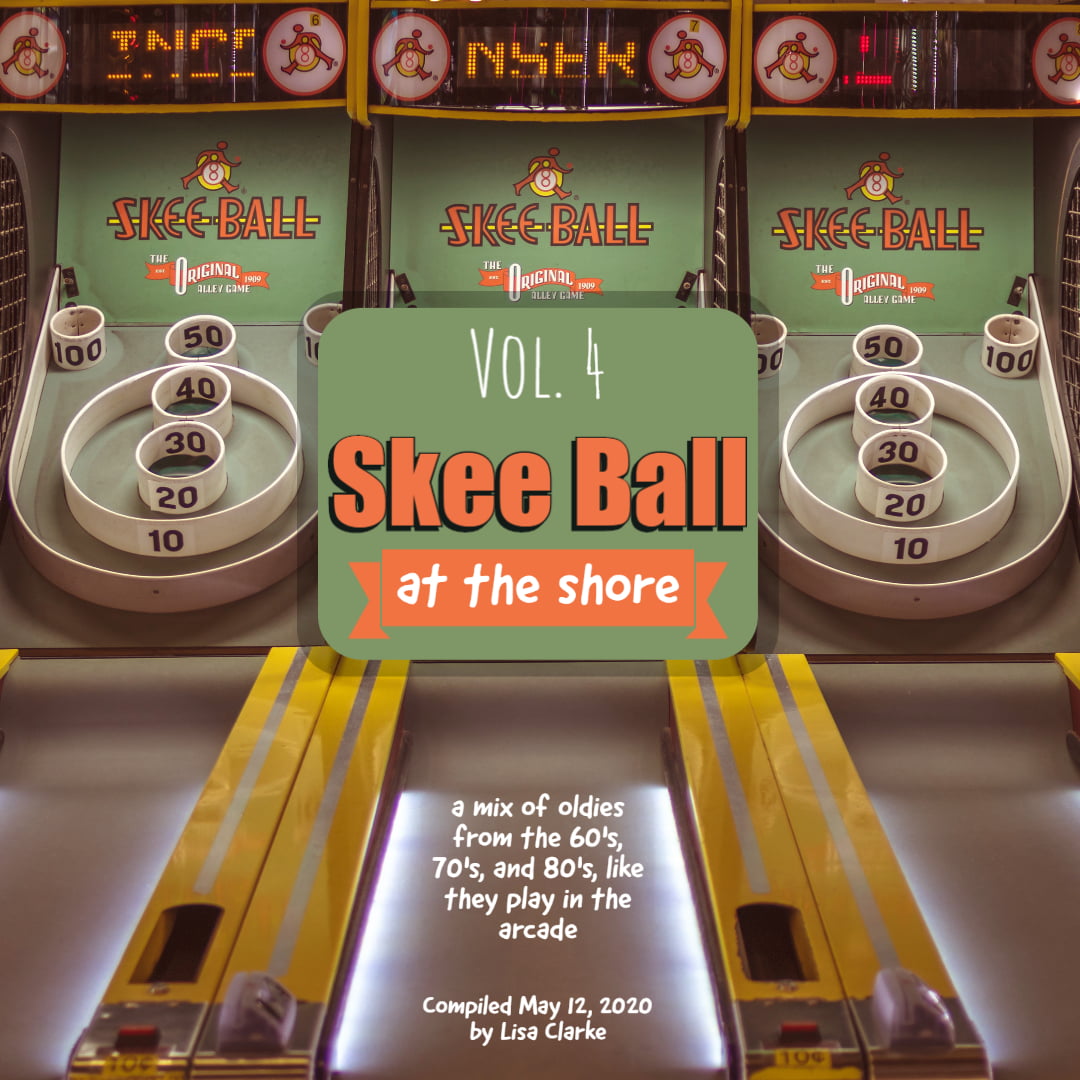 2020 would have been our fourteenth year and fifteenth trip (we went twice in 2012) to Ocean City. The Jersey shore is starting to open up again, but we don’t want to risk it. The boardwalk cameras show a lot of mask-less people clustered together, and that just doesn’t seem wise to us.

So, this is probably going to be The Year Without a Beach Weekend, but I think we’ve pretty much come to terms with that. So much has already been weird about this year, why dwell on any one thing?

I mention Ocean City, because it was our trips there that inspired the first Skee Ball at the Shore mix. Every year we spend some time at Jilly’s Arcade, and skee ball is my favorite way to spend my dimes while we’re there. For quite some time they played a South Jersey oldies radio station inside the arcade, and it’s that music I have in mind when I make these playlists.

The first three followed a formula where about half of the tracks were from the 1970’s, and the other half was split between 60’s and 80’s tunes. I gotta admit, though, for this fourth one I struggled with that ratio. I think I may be running out of 70’s music that I want to listen to… And I am definitely running out of 60’s music. When I was choosing tracks, the overwhelming majority of songs I had collected as possibilities were from the 80’s. It’s was a challenge to keep the same mix as before, and in fact, I didn’t manage it in the end. This mix definitely leans more heavily towards the 1980’s than the previous mixes did. 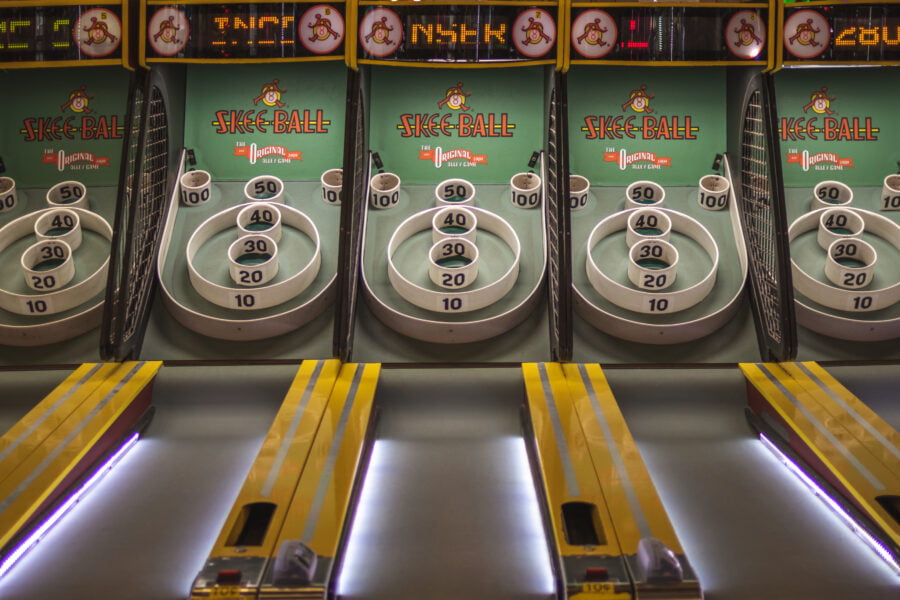 So, I think this is the last Skee Ball at the Shore. Between my inability to find the right mix of music to excite me, and the fact that Jilly’s gave up oldies for soft rock several years ago, the time has come to wrap up this series.

Next time I have an urge to make a playlist of older music, maybe I’ll make it All Eighties All The Time, or something like that. But I’m getting ahead of myself 🙂

Here is Skee Ball at the Shore Volume 4 for you to enjoy:

And if you’d like to hear these songs mixed in among a greater collection of all of the oldies playlists I’ve made in the past, you can shuffle this at Spotify for a nice “oldies radio” effect.