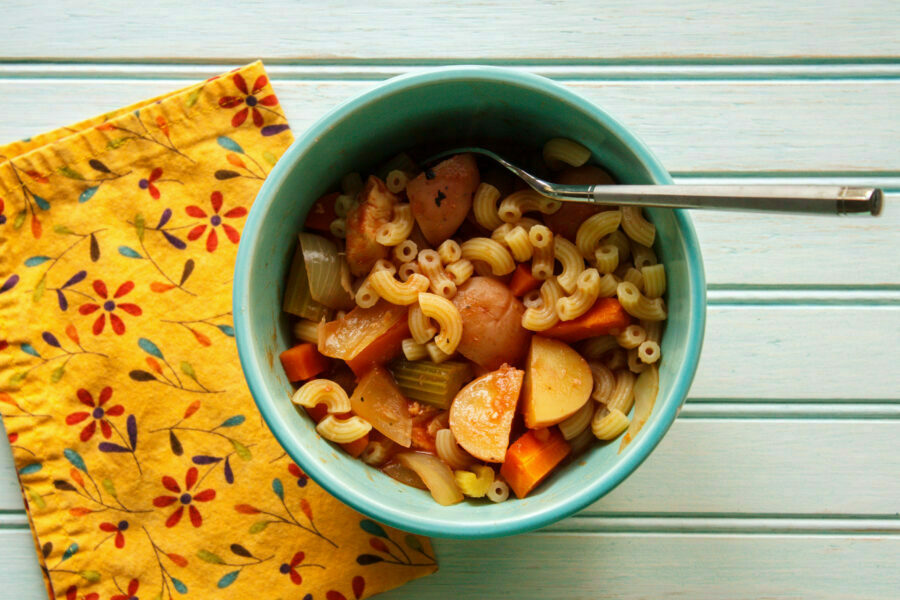 I’ve shared images of this soup before, and I’ve mentioned it in passing, but I have never actually posted it here. This fact became apparent to me last week, when I decided I wanted to make it, but couldn’t find the recipe. I thought for sure I had posted it here. But nope.

I have collected thousands of recipes over the years, downloaded first from my favorite dialup BBSes, and later from recipe mailing lists on the internet. Plus I had a little stash of my own personal tried-and-trues.

The database had gone through many formats, starting with MealMaster in the 1990’s, converted later for use with MasterCook, and then with BigOven. As old software stopped working on new computers, I’d find a way to export from the old and import into the new. Until one time I didn’t.

I don’t know when it was, but it probably happened sometime after I stopped preparing family meals (Neil has done most of the cooking ever since I went back to work). The recipe database was just not on my radar the last time I switched computers, or maybe even the time before that, and I’m pretty sure it got deleted. Gone forever 🥺 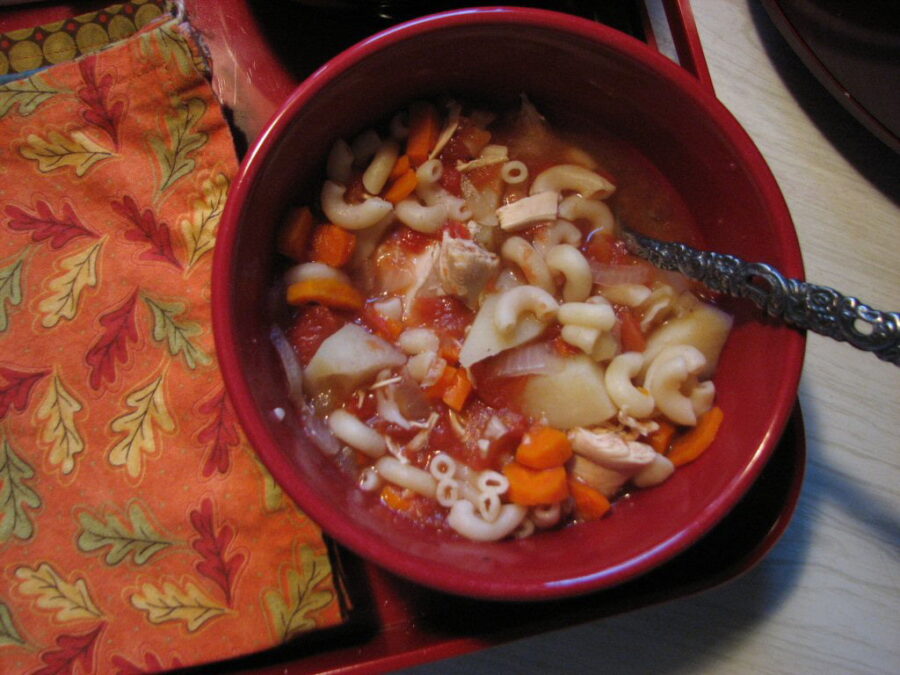 This story has a pretty good ending, though. In addition to the printouts I have of most of my old favorites, I eventually found a backup CD from 2001, containing a copy of the Meal Master software, and my recipes in all of their glory 🤩

Did you catch that the CD was from Two Thousand ONE? It was missing 20 years worth of updates, and it’ll probably take time to rebuild a record my culinary highlights of the last two decades, but it was better than nothing.

I had to put on my nerd hat to get access to these files I had found. I downloaded a DOS simulator to make Meal Master run, and then I exported all of the recipes into text format, and imported them into Paprika (the new software I’m using for recipe management). Kind of a hassle, but well worth the effort. I’m happy to have my old friends at my fingertips again.

Of course, finding a recipe database seven years older than the recipe I was looking for didn’t help AT ALL in my soup quest. What did help was the folder of printed recipes I keep in the cabinet with my cookbooks. How low tech of me. Neil and I flipped through every last page in that folder, and finally, eureka! 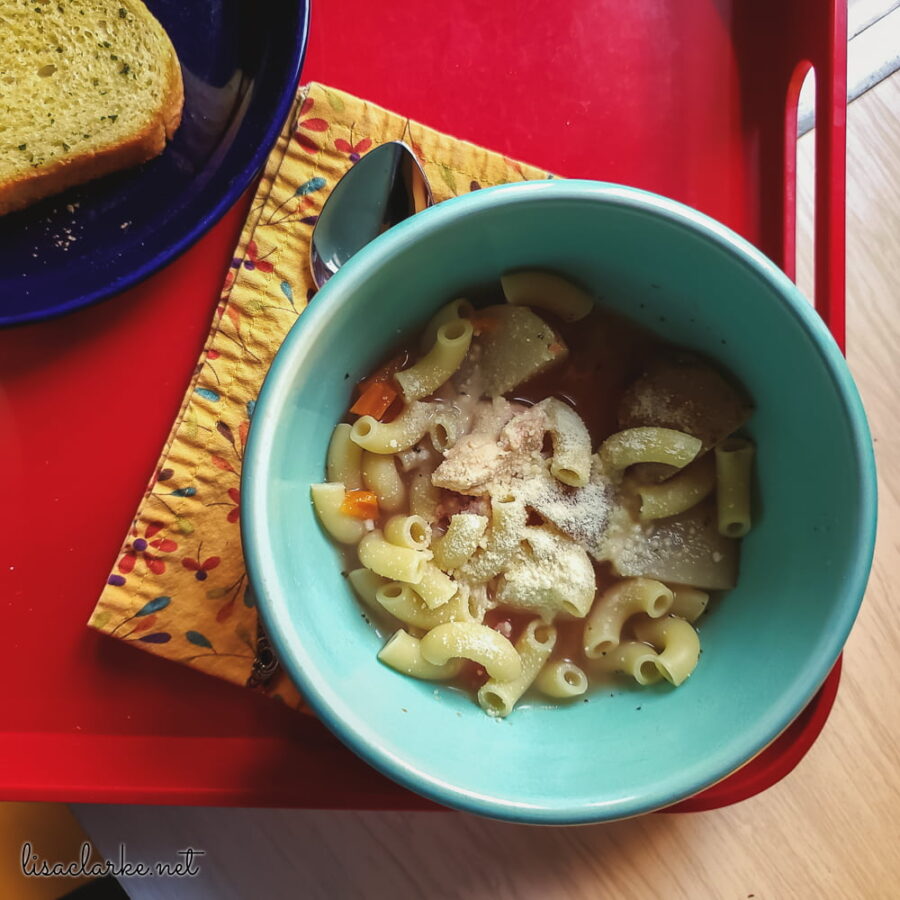 By the time we found that paper copy, it was too late in the day to start a slow cooker meal, so I put it off until the next day. Luckily, anticipation made it that much more enjoyable 😁

This is my go-to soup. It’s a variation on a recipe that Chris Carleton shared on her blog at this time of year in 2008. I switched out a few ingredients based on our personal preferences, and adapted it to simmer all afternoon in the slow cooker. 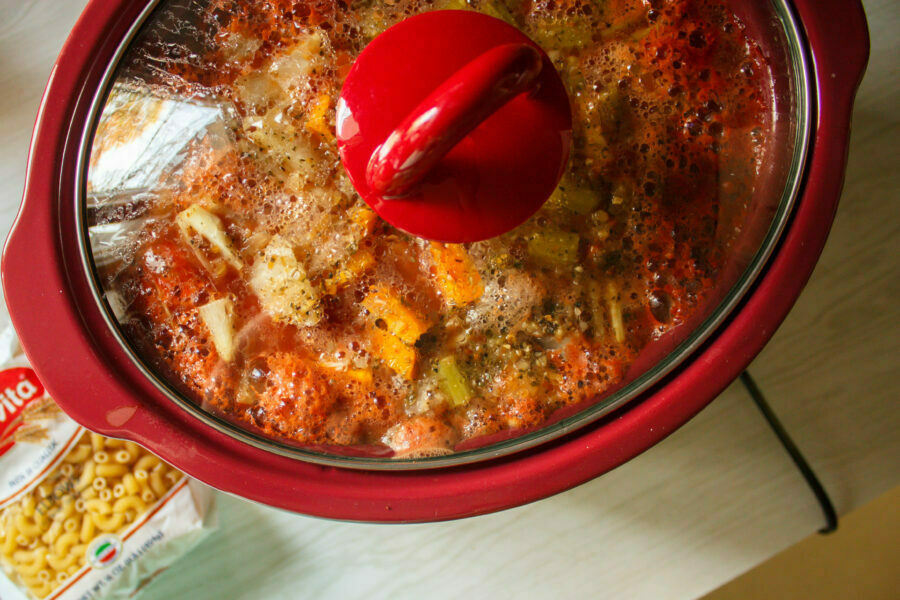 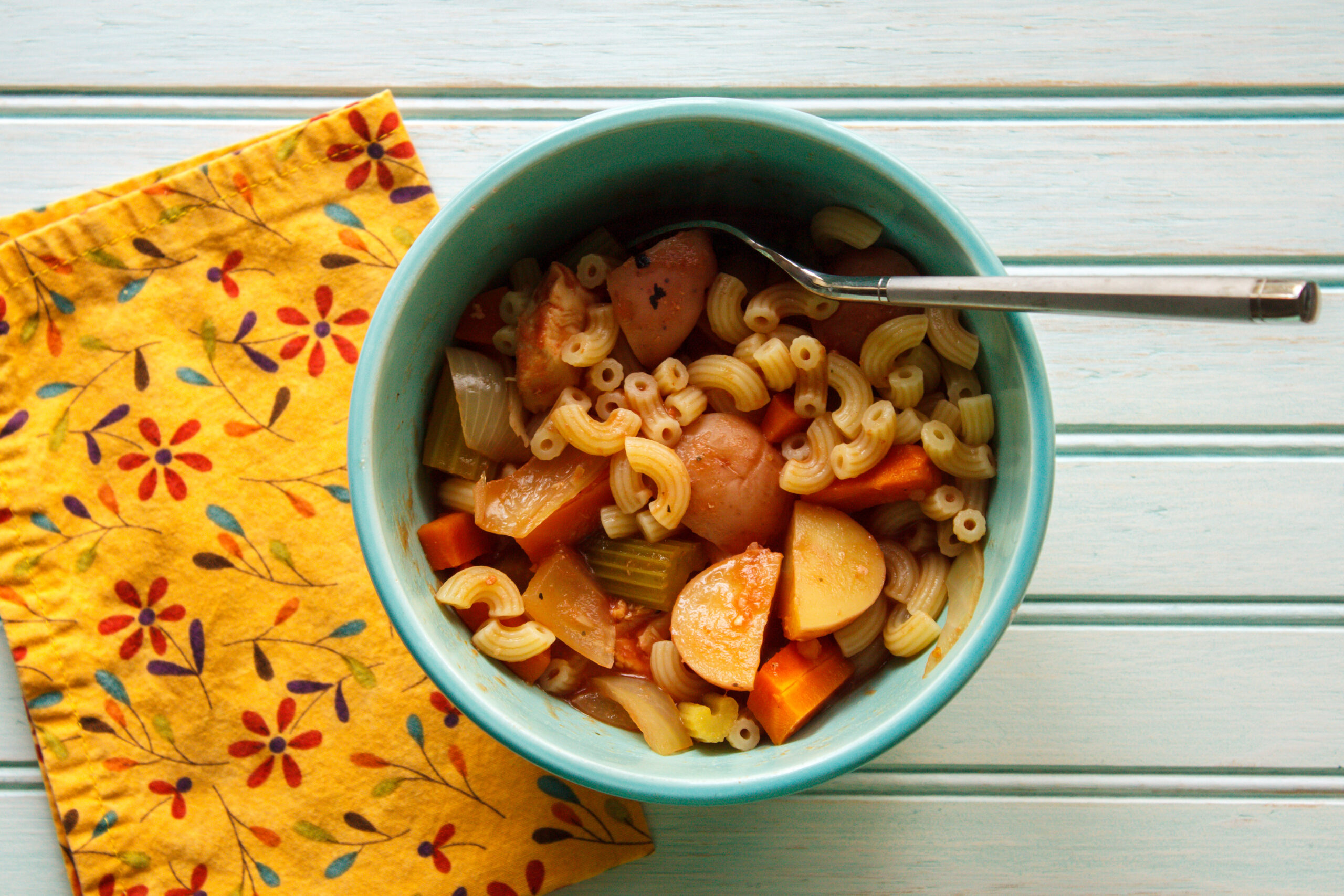 Goes well with a hunk of homemade French bread or a thick slice of Texas toast.