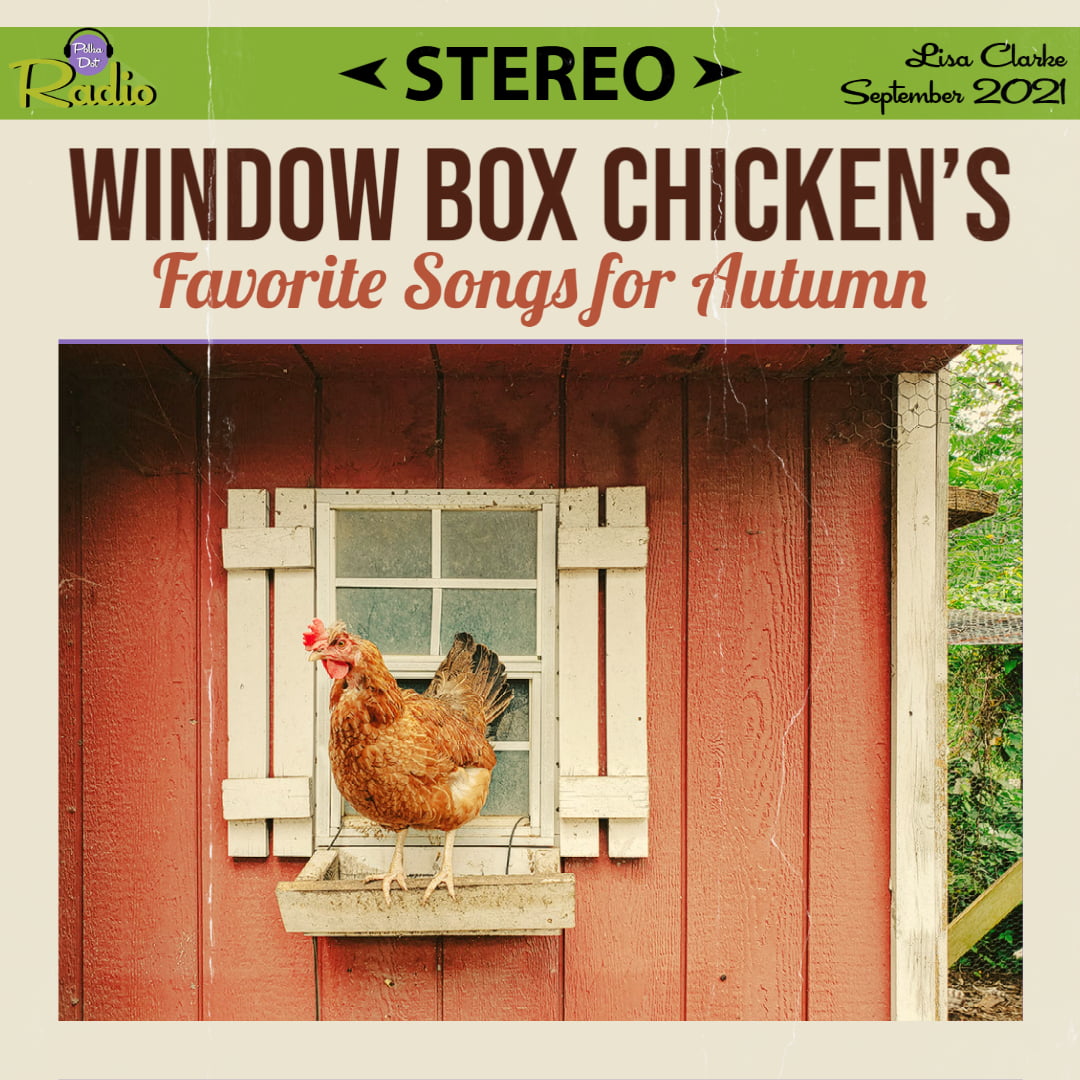 Actually, that’s not true. Or, maybe it is. I really know next to nothing about chickens or if they really even notice when music is playing. But this silly playlist cover kind of just made itself, and what was I going to do? Not use it? I don’t think so 🐔😁

Facts About This Playlist

This is my fifteenth Autumn playlist. You can listen to all of them on this Spotify playlist. They’re arranged in reverse chronological order, so you can go back in time as you listen, or just shuffle it for an “Autumn Radio” experience 🍂😊 (It’s nearly 20 hours of music, so it should keep you pretty busy.)

I do not personally know Window Box Chicken. I took WBC’s picture on a visit to Hillview Farms in Myersville, NJ while looking for a bouquet of zinnias to buy. It’s entirely possible (nay, likely) that WBC is completely unaware of this playlist and does not explicitly endorse my musical choices 😜