There’s a reason why I named this pattern the Everyday Cardigan. It – along with other sweaters I’ve knit that are very similar to it – is my Winter uniform. I wear one nearly every day, paired with a tee, or one of the tops I’ve sewn. Or, in this case, a knit dress. 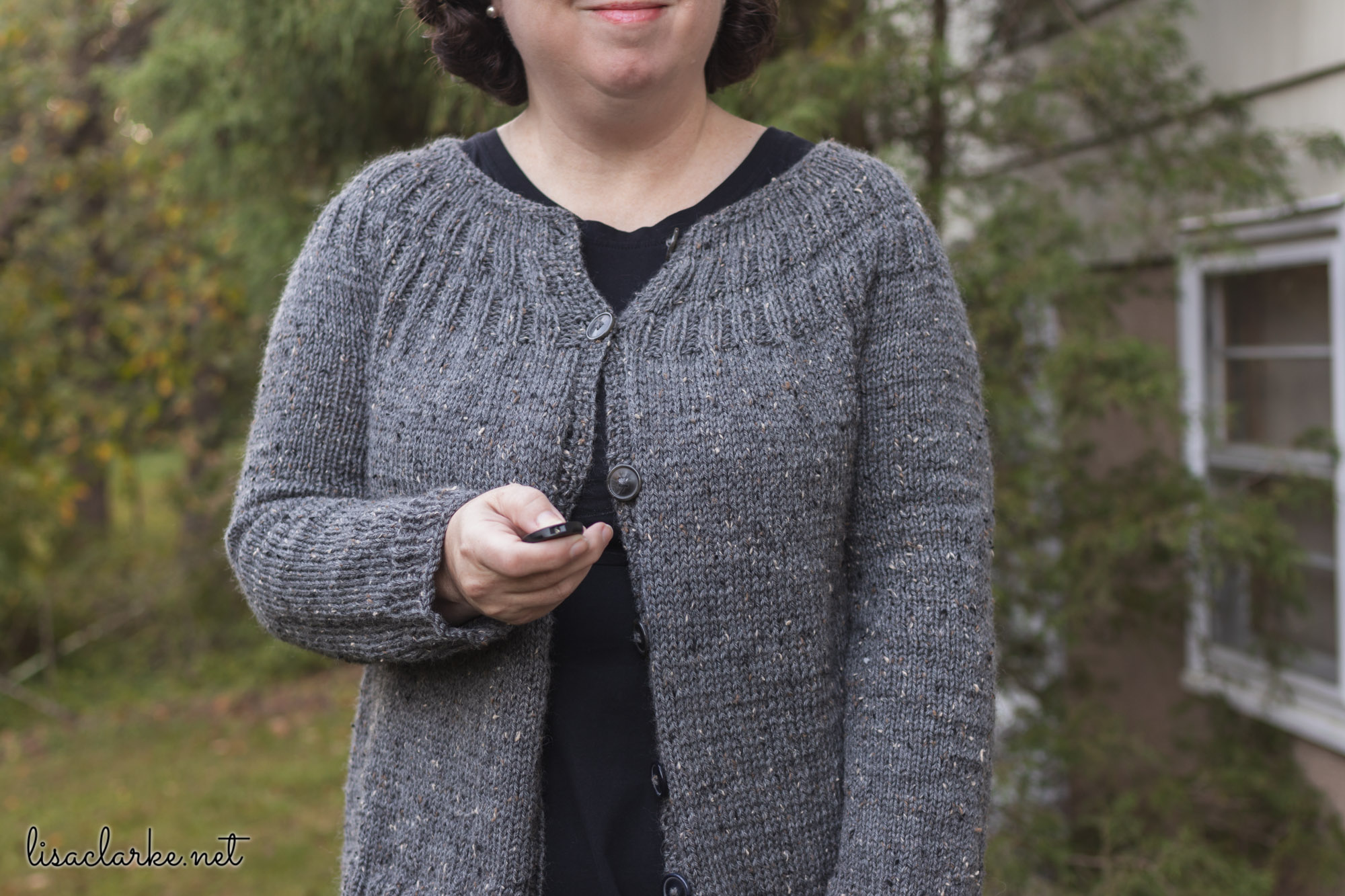 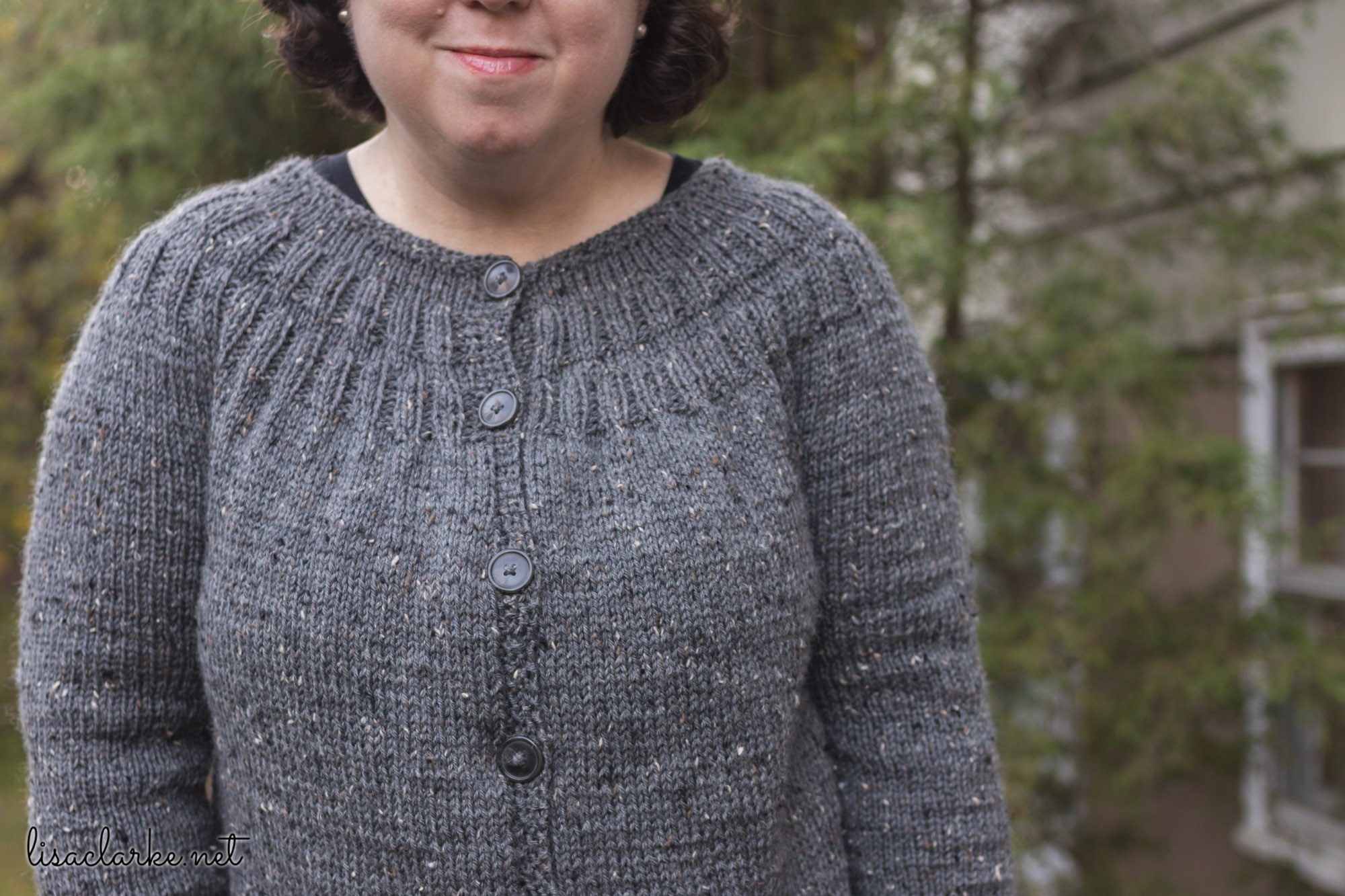 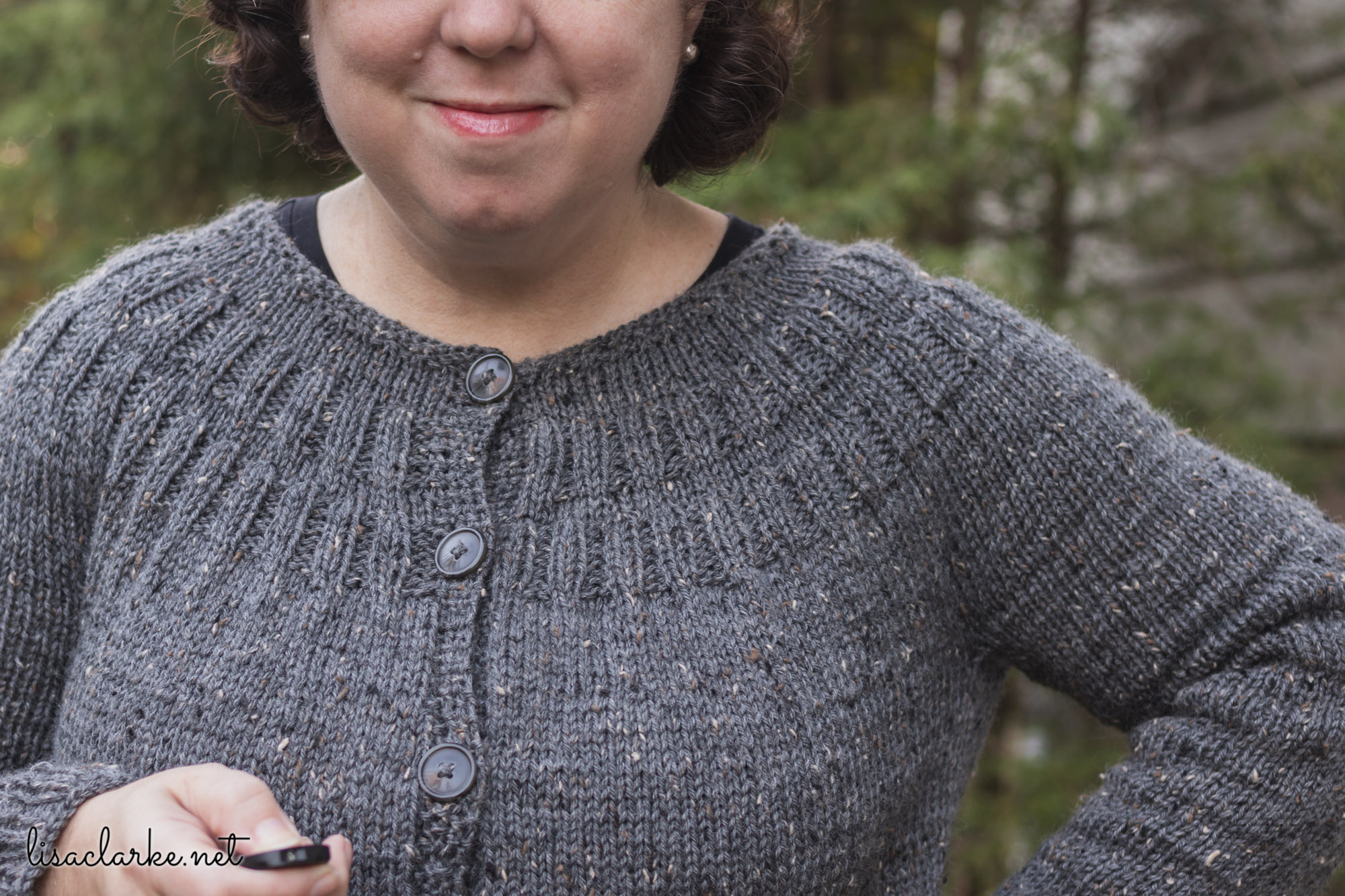 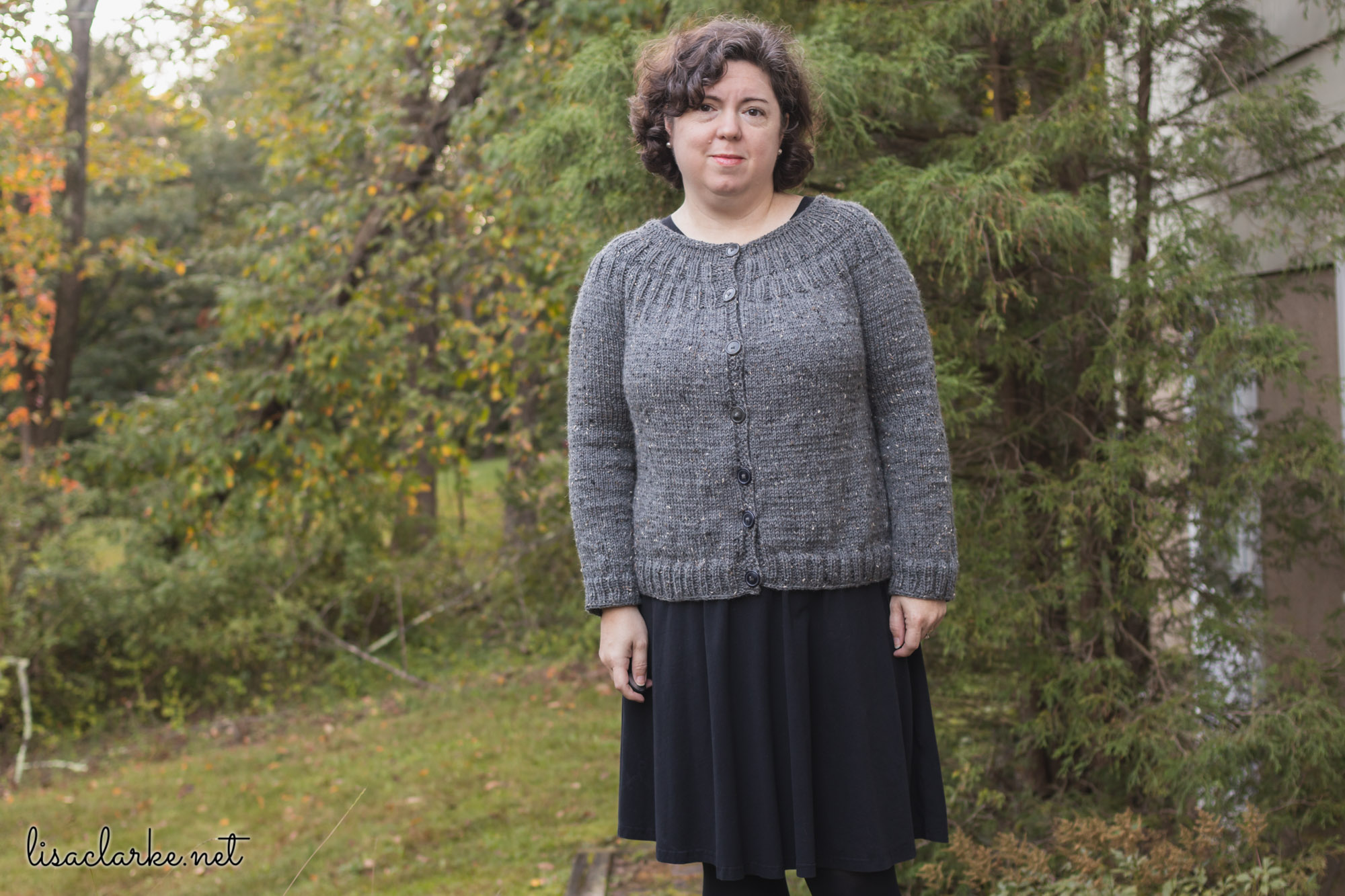 Maybe it’s because subconsciously I knew these pictures would look better if I blocked the sweater first. I couldn’t wait to wear it, though, so… nope! (It’s actually been blocked now, but I’m too busy to have another backyard photo shoot this week.)

So this is my 2018 September Sweater and also my Rhinebeck sweater. It’s supposed to be perfect weather for wearing wool this weekend, which is always such a nice bonus when you are attending a Sheep and Wool Festival!

So what made me want a gray tweed sweater? Have you ever seen the TV series Shetland? It’s a favorite of mine. I was watching the most recent series a few months ago, and one of the characters was moping around the house in a cozy-looking gray tweed cardigan, which I instantly wished I had.

I went so far as to seek out the costume designer via IMDB and Google, and ask if she had a pattern for the sweater (isn’t living in the future great?). She was nice enough to write back and tell me that unfortunately she had purchased the sweater at a thrift shop. She included some pictures so I could see it up close. It was a gray tweed raglan cardigan. I considered looking for a similar pattern on Ravelry, or making something up myself, but in the end, I decided that it would be nice to have another Everyday Cardigan.

This sweater is actually somewhat different than the one that inspired me (for one thing, it’s a round yoke and not a raglan), but I like the cozy feels it gives me 😁 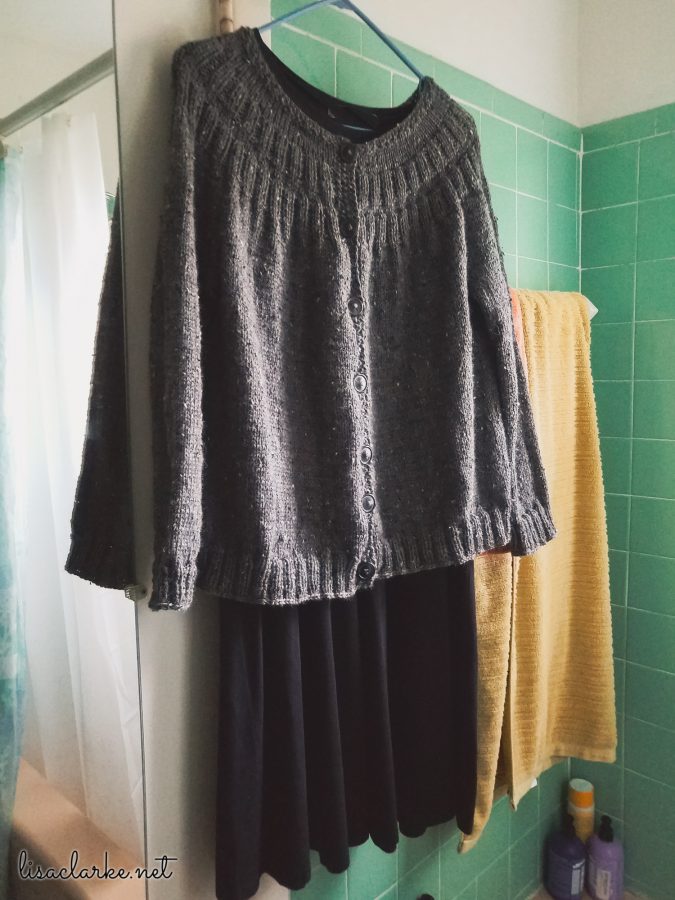 Pattern: Everyday Cardigan by me

Yarn: Knitpicks Wool of the Andes Tweed in Flagstone Heather

Modifications: I ignored the instructions for body length and just stopped when it was similar to this sweater, which is one of my favorites. I didn’t measure, but it might be an inch shorter or so.

Aidan and I will be enjoying our annual Rhinebeck adventure this weekend, and I’ve decided not to bring a laptop with me, so TWiP will be late. If any of you will also be at the Sheep and Wool Festival on Saturday like us, don’t forget to stop me and say hi!

3 thoughts on “It’s a Cardigan you can wear Everyday”