I created a placeholder for this post oh, about SIX months ago now. THREE months ago, I wrote all of the content. TODAY I am finally taking some pictures, inserting some links, and finishing this crazy thing.

I’ve been wanting to show you this shawl I crocheted, but I have been waiting until I had some nice photos to share. But, the thing is, photos don’t just appear out of thin air. I haven’t taken any, so where, exactly, did I expect for these mythical photos to come from?

Well, it is a lovely Fall day today, and I have no reason not to flounce around outside with a 6-month-old crocheted show-and-tell… we’re finally getting this thing done! 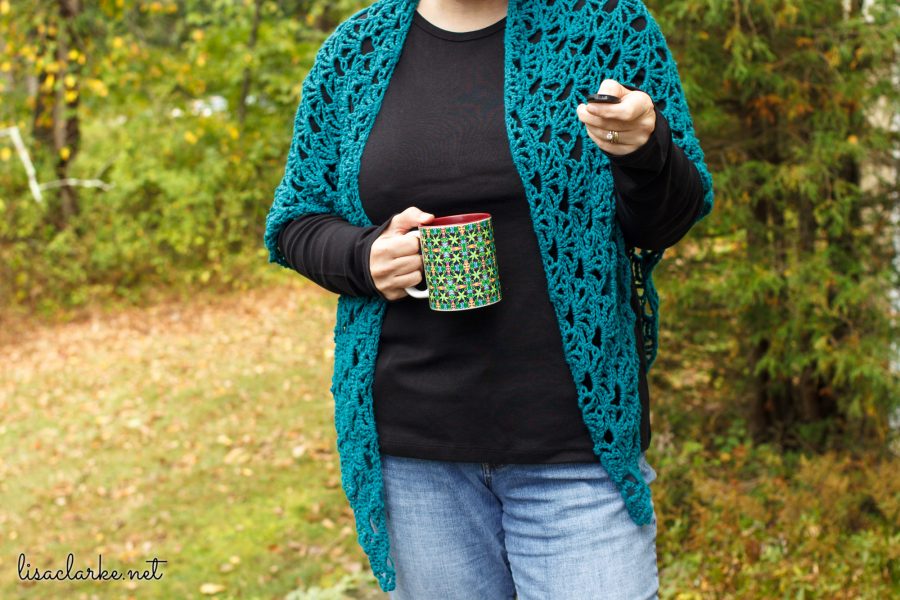 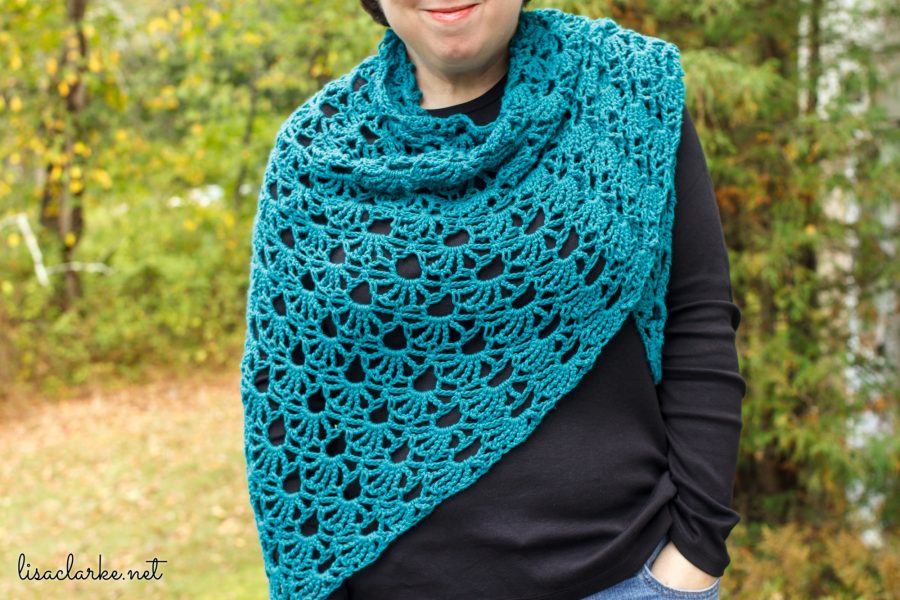 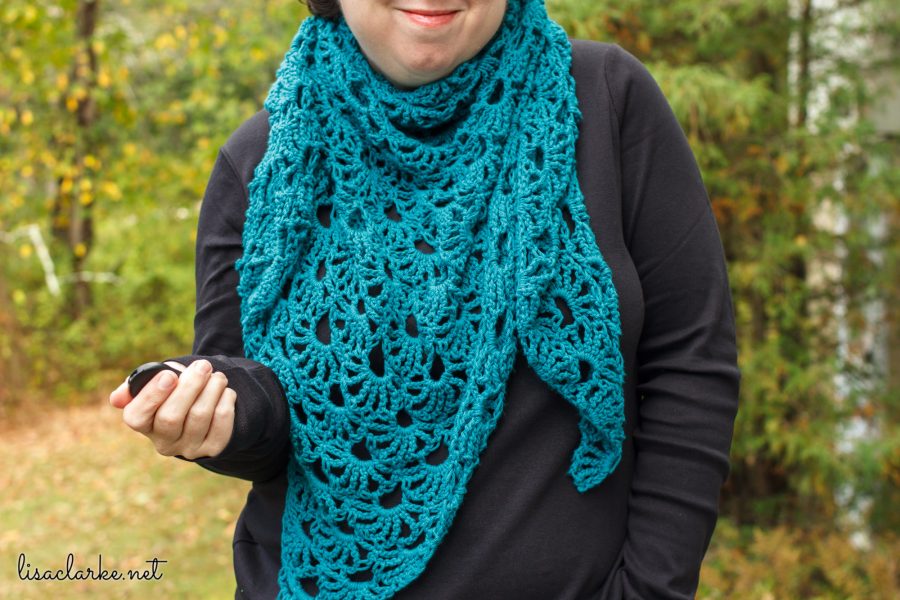 This is the Sweet Pea shawl, which I have made once before. I liked that previous one, but I never, ever wear it. For one thing, it’s pink, and I just am not much of a pink person. For another thing, it’s very light in color, and I tend to prefer darker garments.

But I have always thought that I’d be more likely to wear it if it were darker and greener, so when the time came to whip up a little something to wear to my brother’s wedding, I made another one. And it’s both darker and greener than the first 🙂 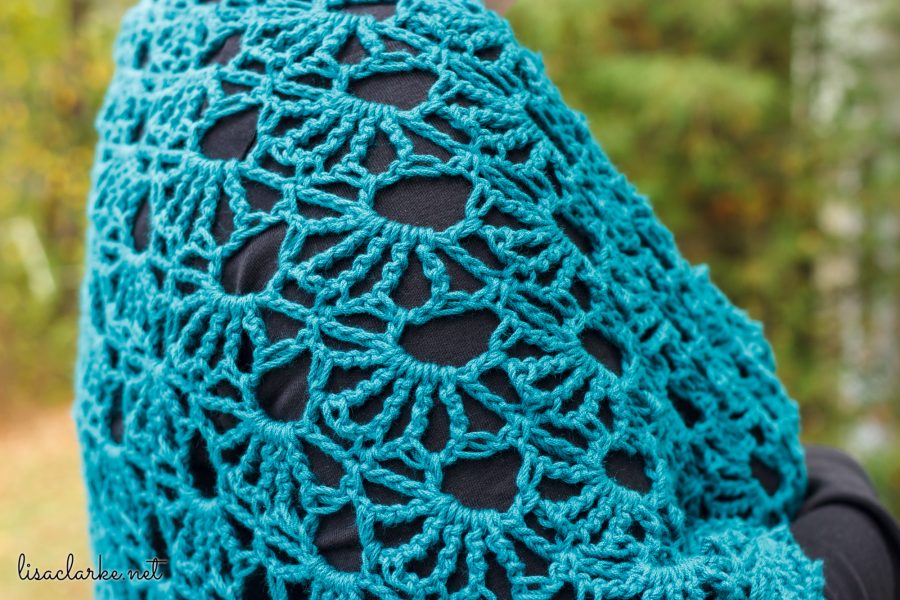 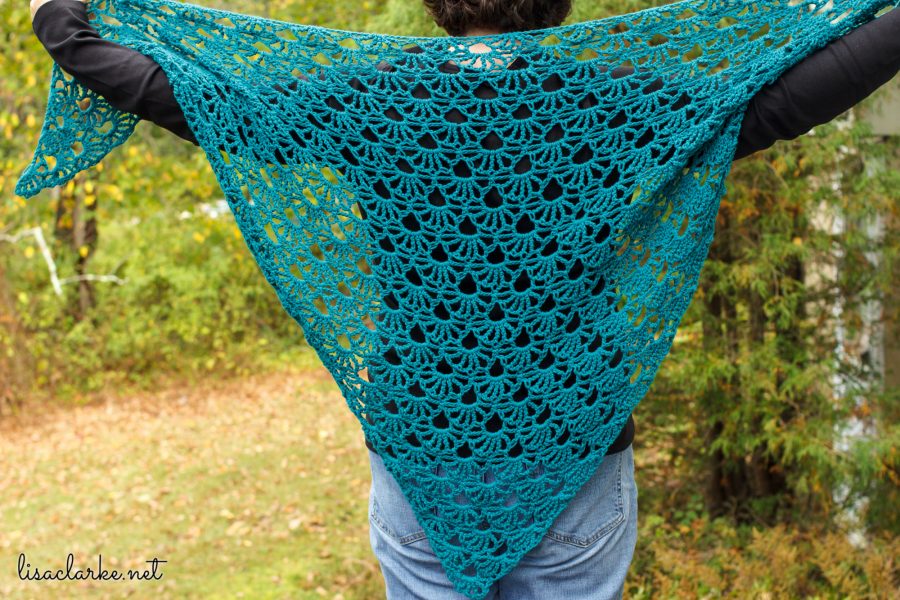 I put an extra two rows on this so that it would be nice and big, but that’s the only thing I did differently than the first time.

I will say, I have actually worn this a few times since the wedding. I’ve used it as a scarf once or twice, and I wore it as a wrap for Mother’s Day down the shore, when it was a little too chilly for bare arms.

I like this pattern because it’s a quickie. I crocheted the first one in less than five days! This one took somewhat longer, but it’s bigger, and I was not in as much of a rush so I took my time.

Hook: Don’t remember, but I think it was an I hook.

Modifications: Added an extra 2 motifs to the starter row (which added two more rows to the whole shawl) and skipped the fringe. 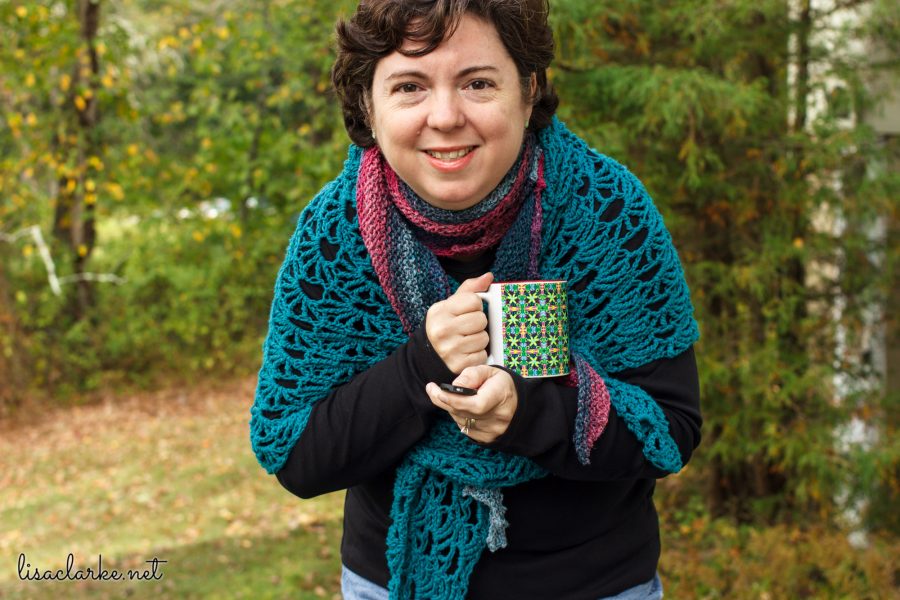 P.S. I brought my new Hitchhiker scarf out to photograph at the same time, so maybe I’ll actually post that show-and-tell within a reasonable time frame! 🙂

1 thought on “A Second Sweet Pea”