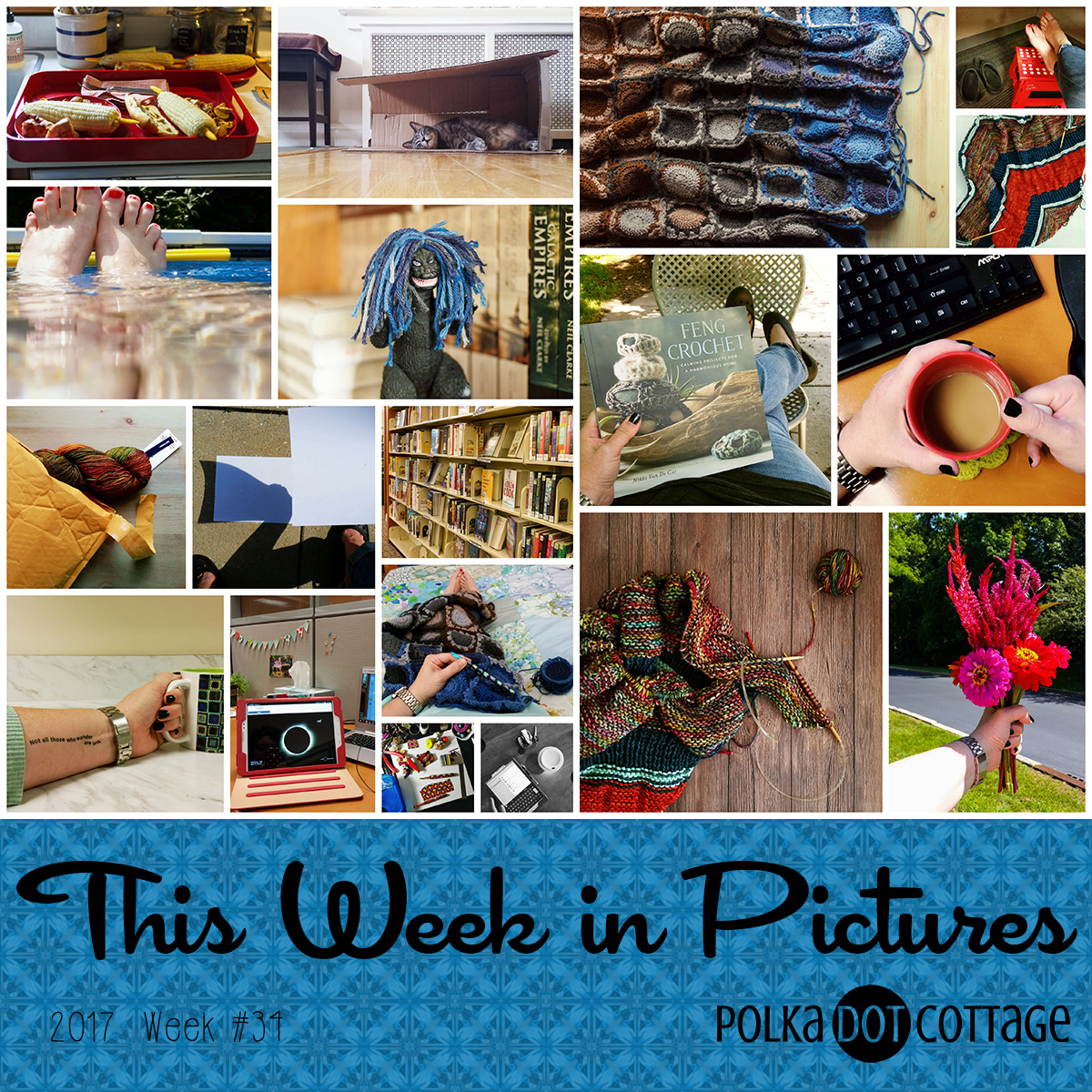 Summer is starting to wind down. Back-to-school tasks are popping up in my to-do list. I’ve got my familiar annual feeling of wanting to pack as much summer fun as I can into the last remaining week and a half. It’s frustrating this year, though, because there’s very little I can do about it.

I’ve had one of those weeks where I feel like I was constantly at work. It’s not really true, though. I didn’t spend any more hours there than I usually do. I think I’m in need of a personal day at home…

I could probably recharge nicely if I had the house entirely to myself one day. I could send everyone out first thing in the morning, and then spend the day the way I used to: watching PBS, making stuff, and brewing coffee whenever the heck I wanted to. I’d probably even do a little cleaning and maybe make dinner. And I wouldn’t hate it. Sigh.

Saturday morning, sipping a blonde roast and chatting with Mom. ☕👧👵

I've got 4 more rows to do in this section. Don't think I'm going to make it, and my #malabrigorios reinforcement doesn't get here until Monday. It's such a shame to be stuck without yarn on a weekend full of prime knitting time! Good thing I've got a backup project to work on. Still disappointing, though. I'm really into this #bradwayshawl right now! 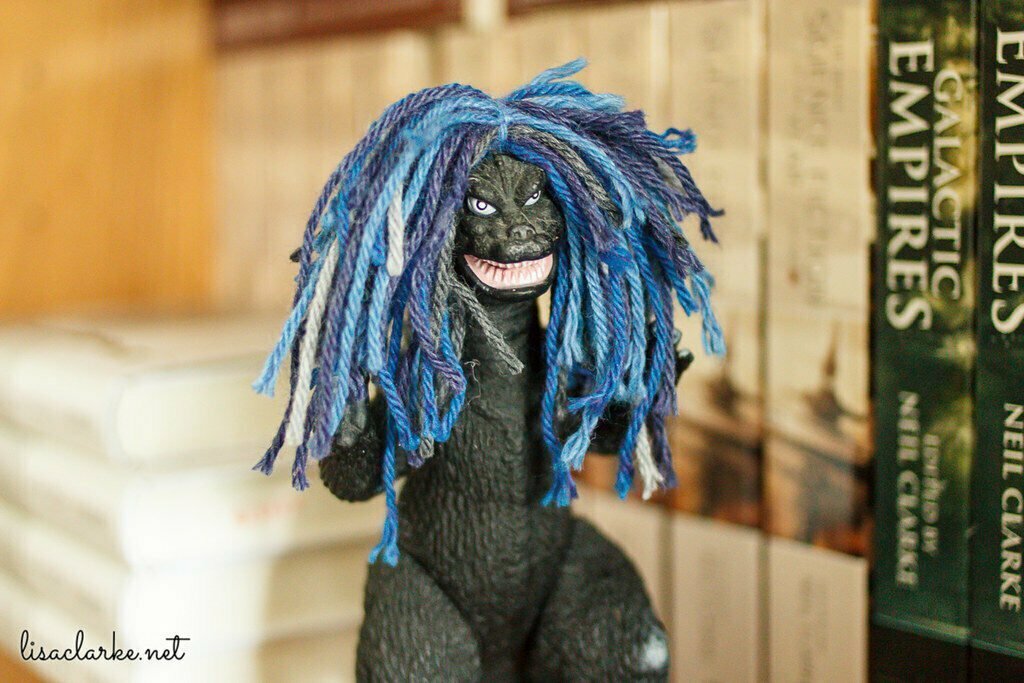 I love that stage when you're crocheting a blanket and it gets big enough to wrap yourself up in it while you work on it 😊. Row 7 of 8 now. It's been a day of British mysteries and a new-to-me knitting videocast from @littleminky93. I love stitchy weekends 😍 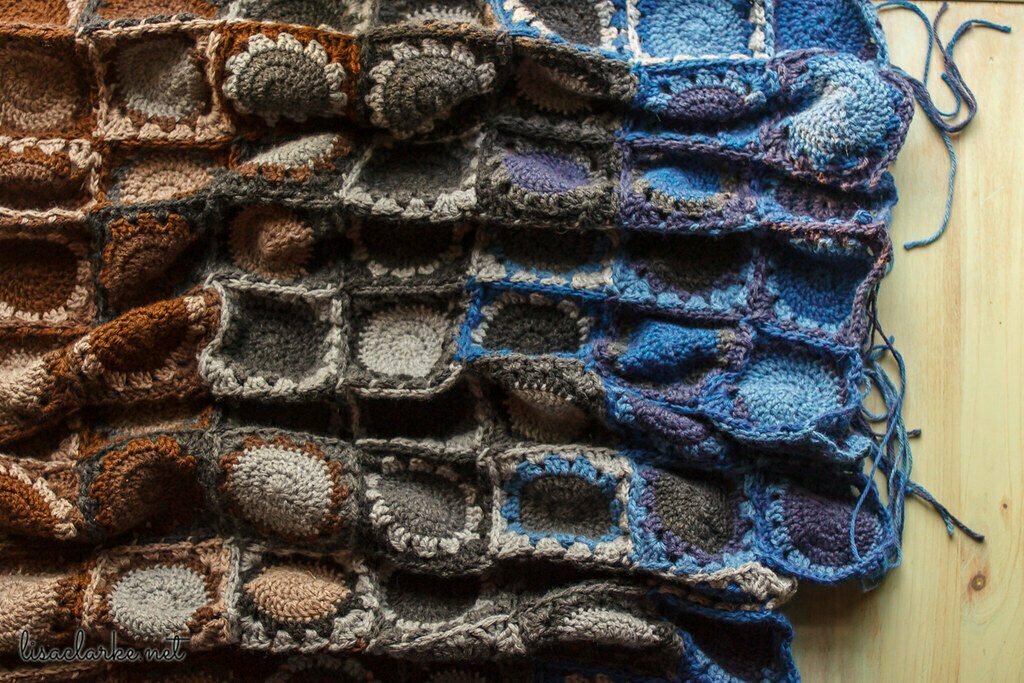 What is it with cats and boxes? 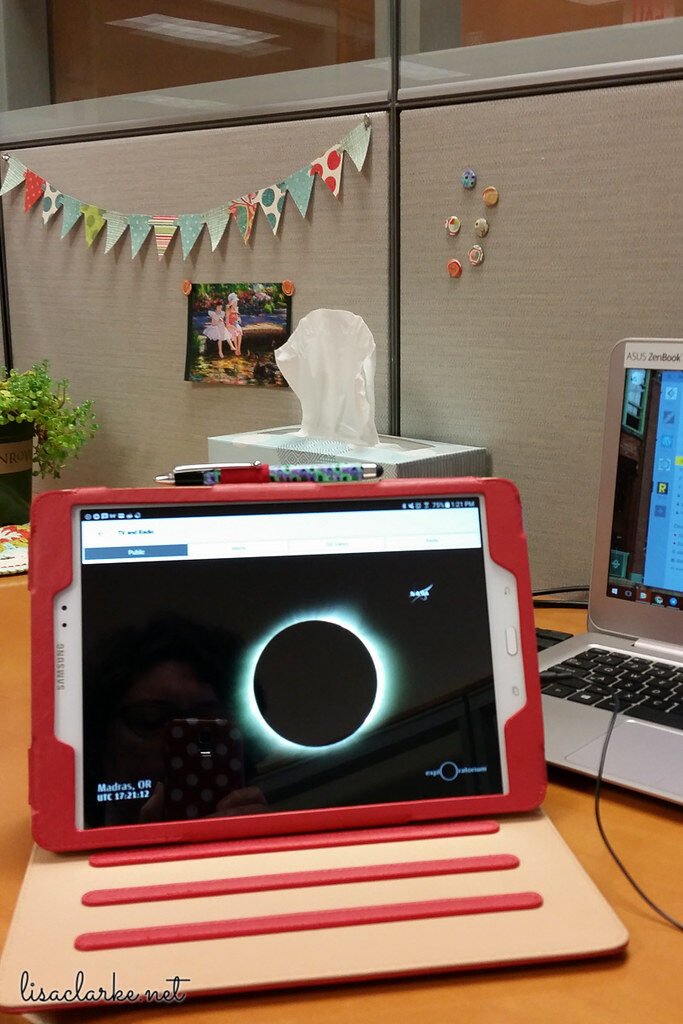 I decided I couldn't stand not to see it, so I made a pinhole viewer out of two pieces of printer paper. It was so cool! I also got a peek through someone else's eclipse glasses, and that was *really* awesome 😎 #solareclipse2017

Cue the choir of angels: reinforcements have arrived 😊 #malabrigorios #eatsleepknit

My #bradwayshawl is coming along (and getting difficult to photograph)! 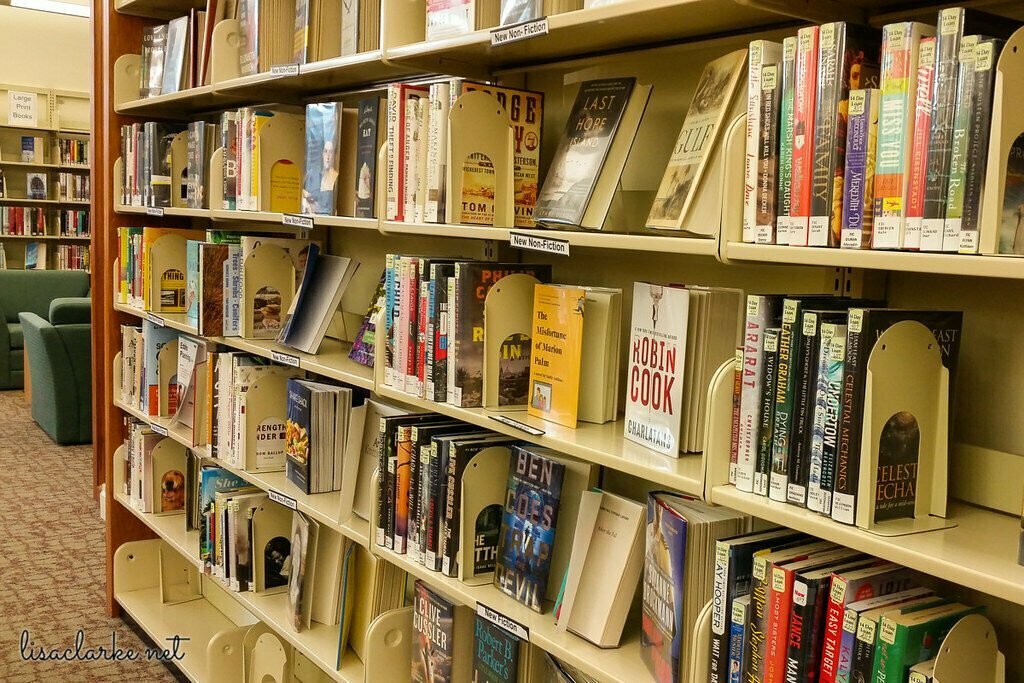 365 📷: 2017 234/365 – Took the kids to the library tonight so they could pick out their summer reading books. (Yeah, I know it’s the end of August.) While they looked for their books, I perused the new additions shelves. [Taken at the library.]

I often wish I could grow my Instagram following, but then I think about how that would probably require me to pick one main "thing" and just really go all in on that, and I don't think I could do it. In the past seven days alone, I've shared a crochet blanket, a knit shawl, and these polymer clay covered crochet hooks. And that's just the crafty stuff. What about my morning coffee and other slices-of-life? No, my Instagram will probably always have an eclectic vibe to it, and I'll never be Insta-famous, but it's ok… I gotta be me! 😊

Oh, hey, guess who forgot to take a Project 365 picture today! That would be me… 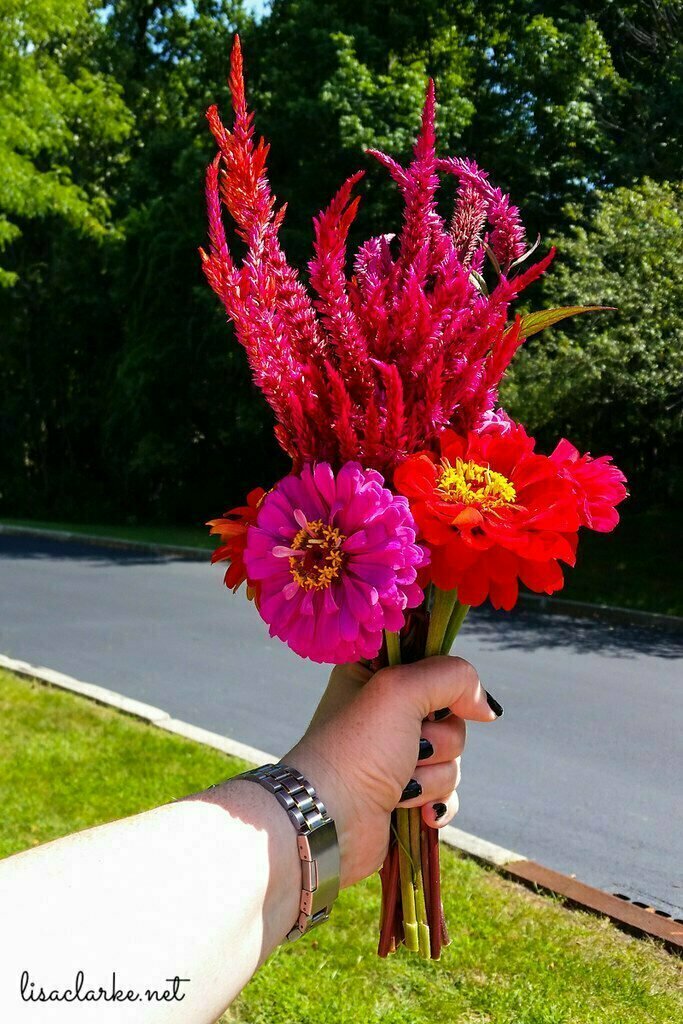 365 📷: 2017 236/365 – I’ve been wanting to stop at a farm stand for zinnias and today I finally did. They’re currently brightening up my desk at work. I also picked up some corn, potatoes, peppers, and onions. I miss all of the farm fresh produce I used to buy in the summer now that I’m no longer in charge of feeding the family :-/ [Taken in the parking lot at work.]

Indulging in some light lunch-hour reading, courtesy of the nice people at #runningpress. They've asked if I'd like to do a giveaway of this book… Interested? Keep an eye out for that this weekend 😊 #pdcfb 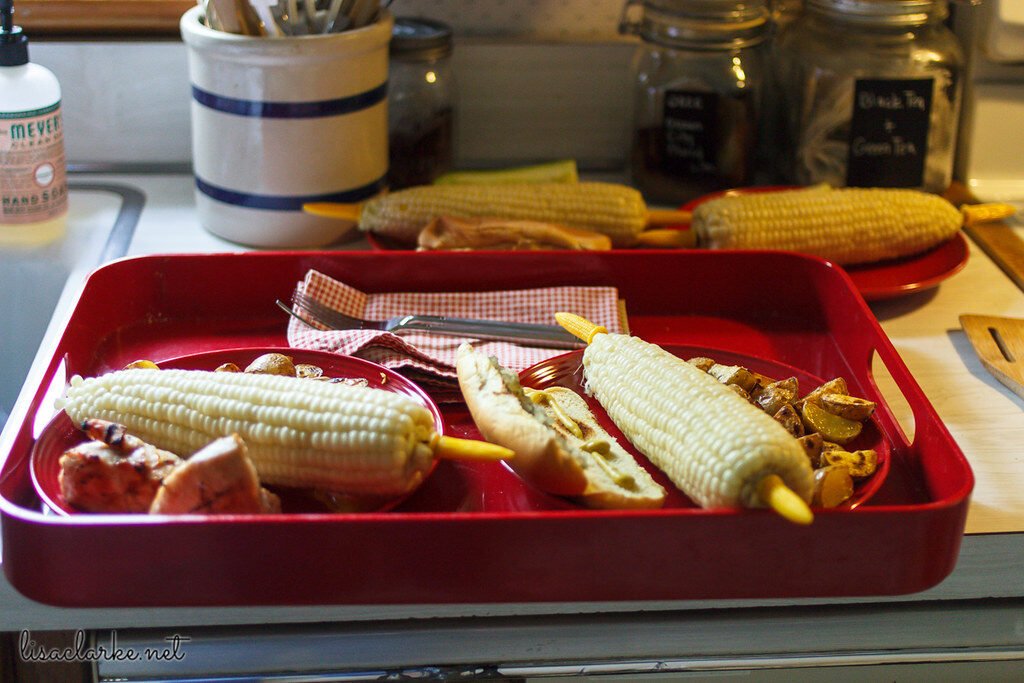 365 📷: 2017 237/365 – I came home from work tonight and then I cooked for the first time in a while. Neil grilled some meat, and I stayed inside and cooked the corn and the potatoes and chopped up a cucumber I bought at the farm yesterday. It was a nice meal, on real plates, with most of us eating the same thing… what a novel concept, LOL! 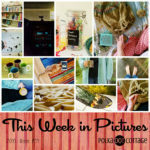