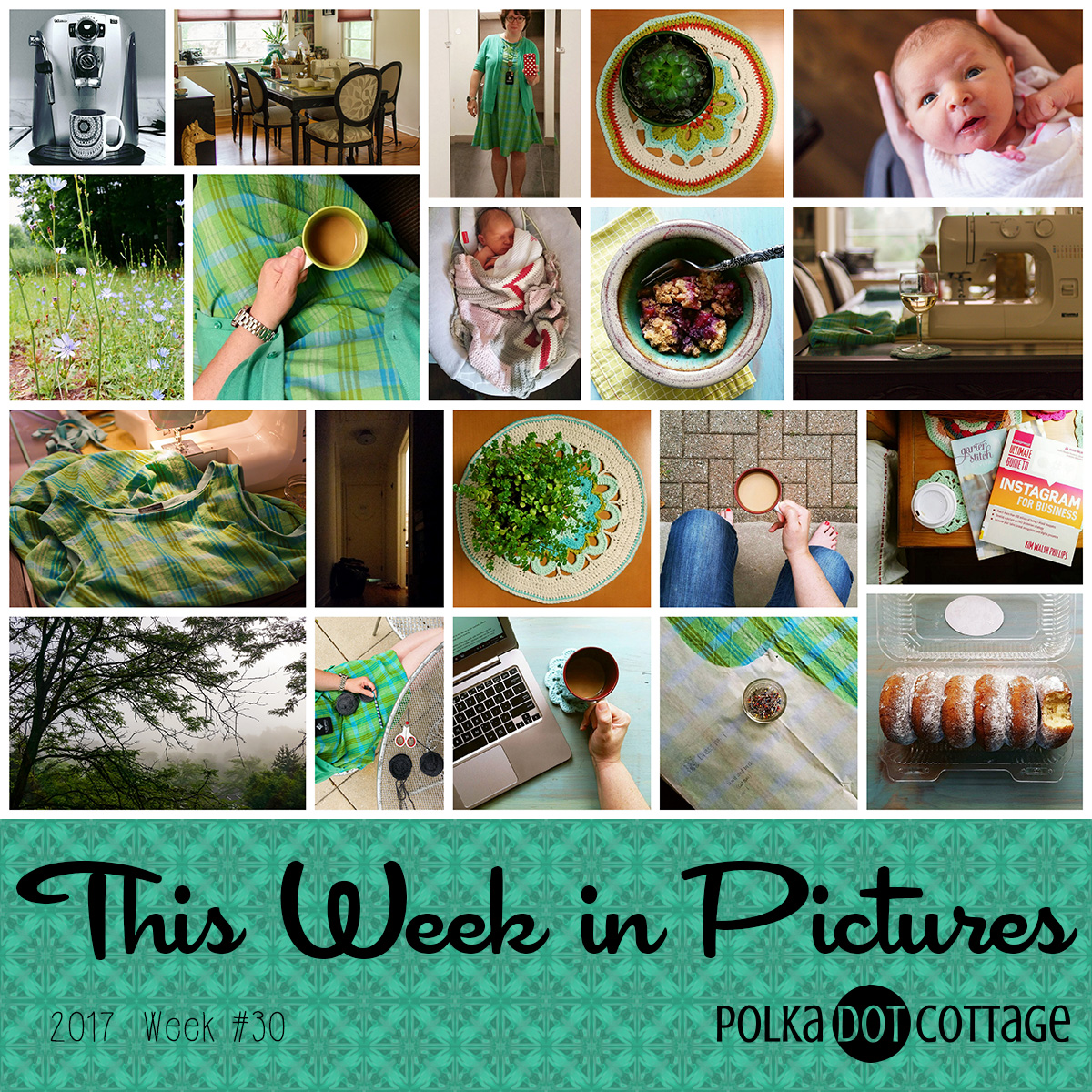 Did you know the human eye sees more shades of green than any other color? And that women perceive more colors than men? Or that artists are more in-tune with subtle gradations of color than “normal” people?

This goes a long way towards explaining some of the arguments I’ve had with my non-artist, non-female family.

So it turns out, it’s all scientific. They’re not being stubborn and purposefully annoying – they’re just being men, LOL! I’m kidding. Sort of.

If you want a good laugh (and don’t mind a little NSFW language) check out the results of this color survey. It’s pretty interesting, and a little hilarious, too.

You know what's great? Breakfast the day after I make a berry crisp 💟

Alright. If I don't make that second dress now, I never will, and the sewing clutter will just grow until it takes over the dining room! Let's do this thing! (Or, at least, let's cut this thing out and maybe save the rest for tomorrow 😉) 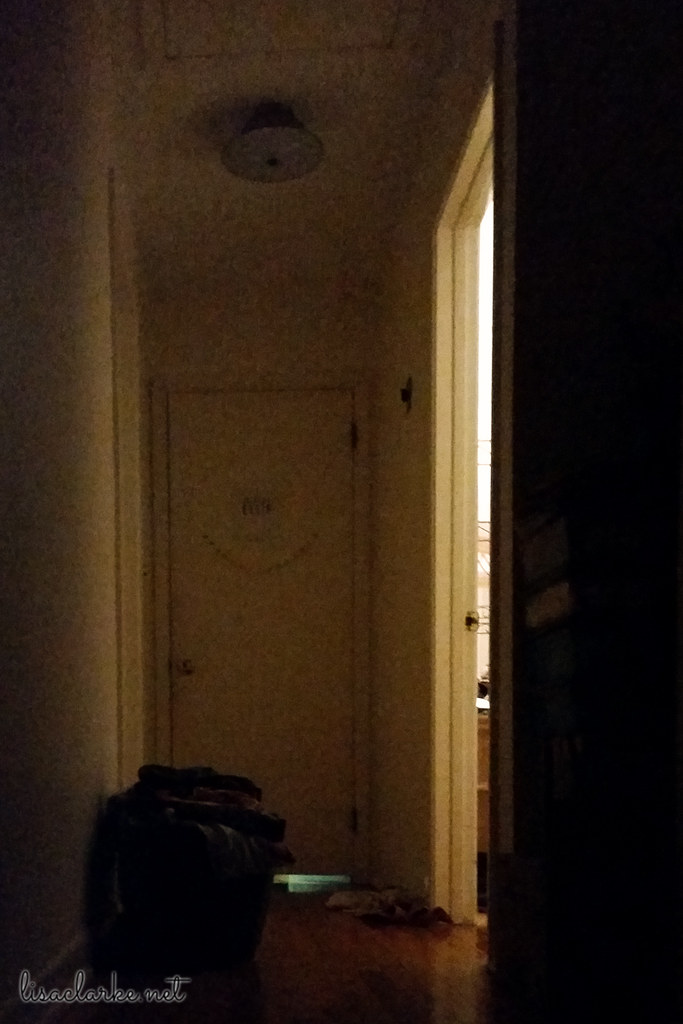 I took Friday afternoon off so I could play in the pool with the fam (great choice, don't regret it one bit) but now I have to make up those 4 hours of work. I really like working from the comfort of home, but I have to admit I miss my two gigantic monitors, awesome keyboard, and the free-flowing coffee when I do ☕

I never did show you the finished #pdclittlesisterripple blanket. Here it is with the little sister herself, my niece Emma 💓 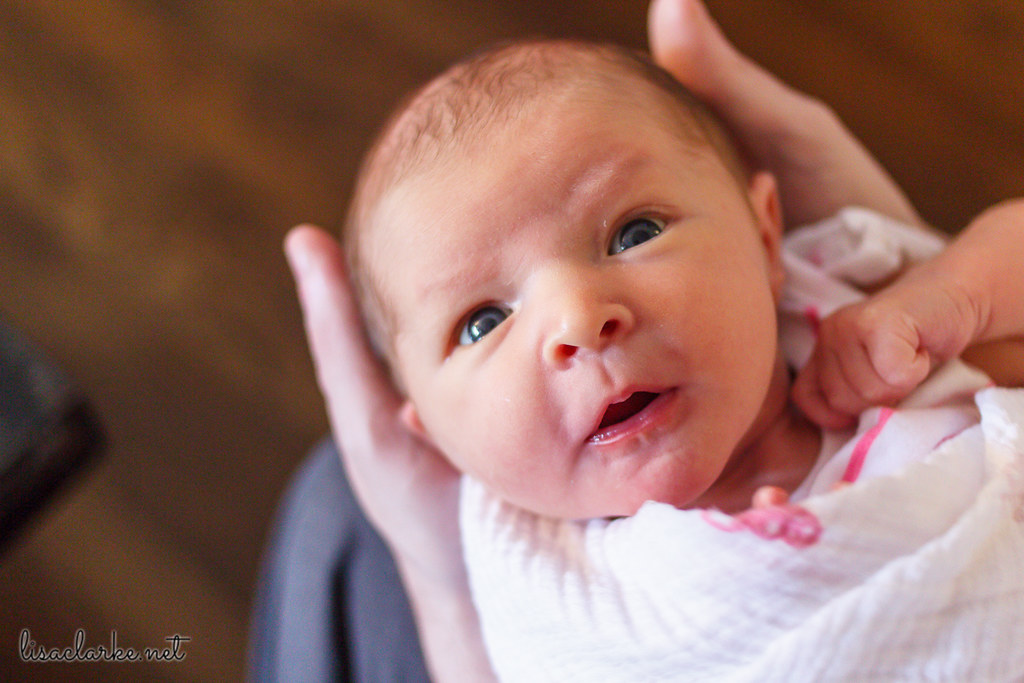 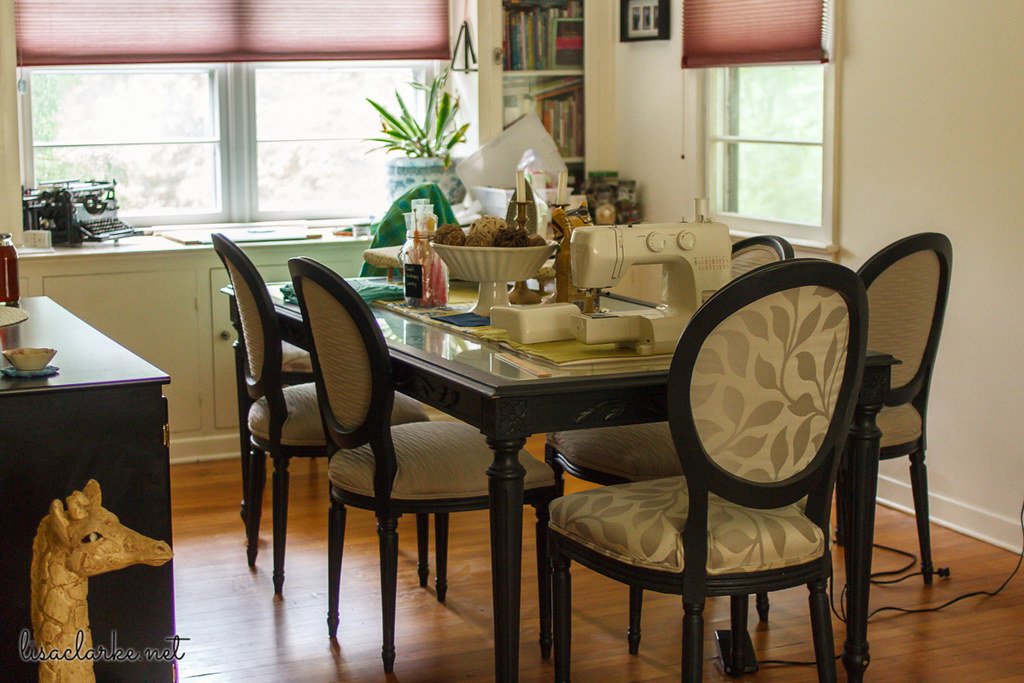 365 : 2017 205/365 – For one brief moment, this room was beautiful. The next day we had a party, and not long after that my sewing stuff came out. It’s still not too bad, and if I finish sewing that darn dress, I can put away the sewing stuff and it will be nice and clean in here. Maybe tomorrow…

I have a dress to sew and a blanket to crochet, but something tells me I am about to blow off both of these things in favor of a look through my new library books… 📚

I've had these plants at my desk for a few months and they're not dead yet. I'd call that progress! Which reminds me, it's watering day 💧

I finally pulled over to the side of the road and took some pictures of these little purple wildflowers. I've been admiring them for weeks. 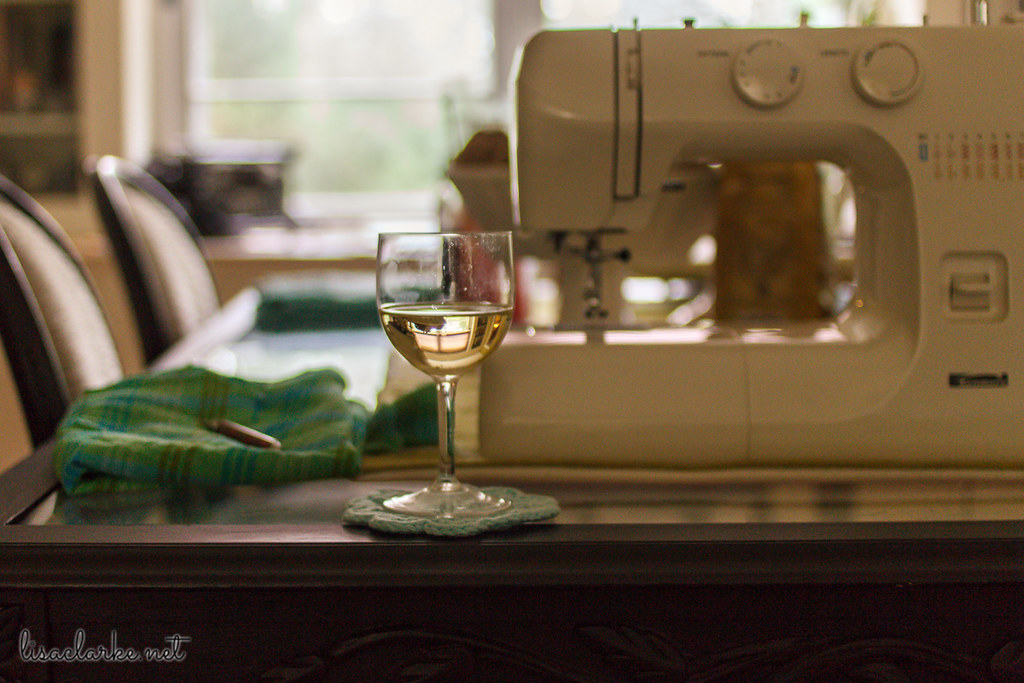 At home I am all about the simple, low-tech pourover cone. At work, though? Let's just say there is considerably more tech involved ☕ 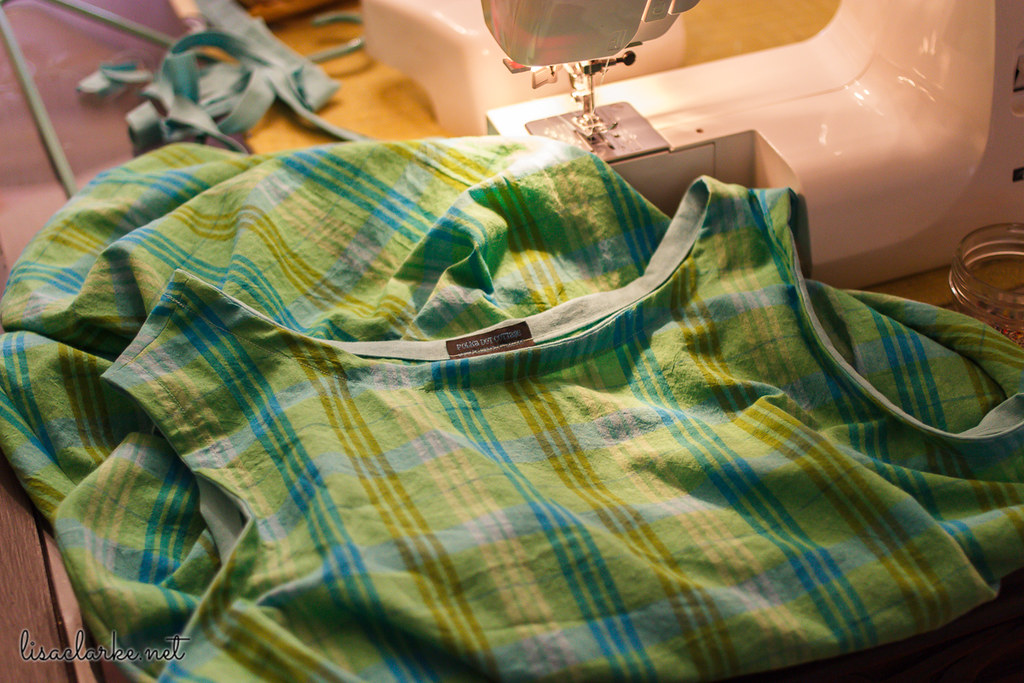 If there is such a thing as too much green, I don't want to know about it. 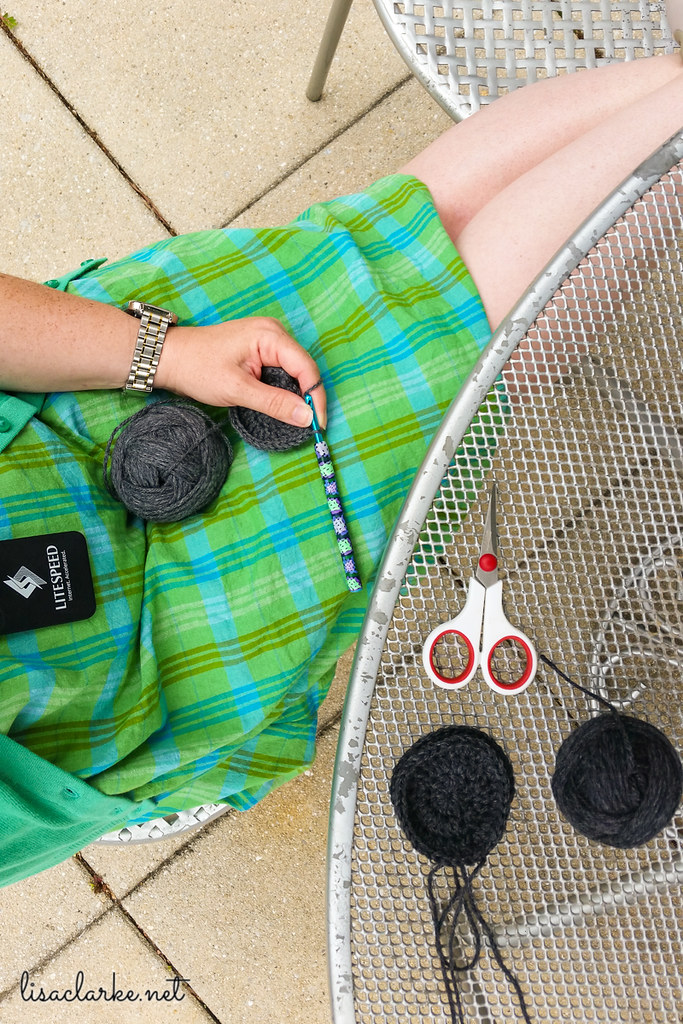 How about a bad work-bathroom #latergram selfie, so you can see my finished #dressno1 ? 😊 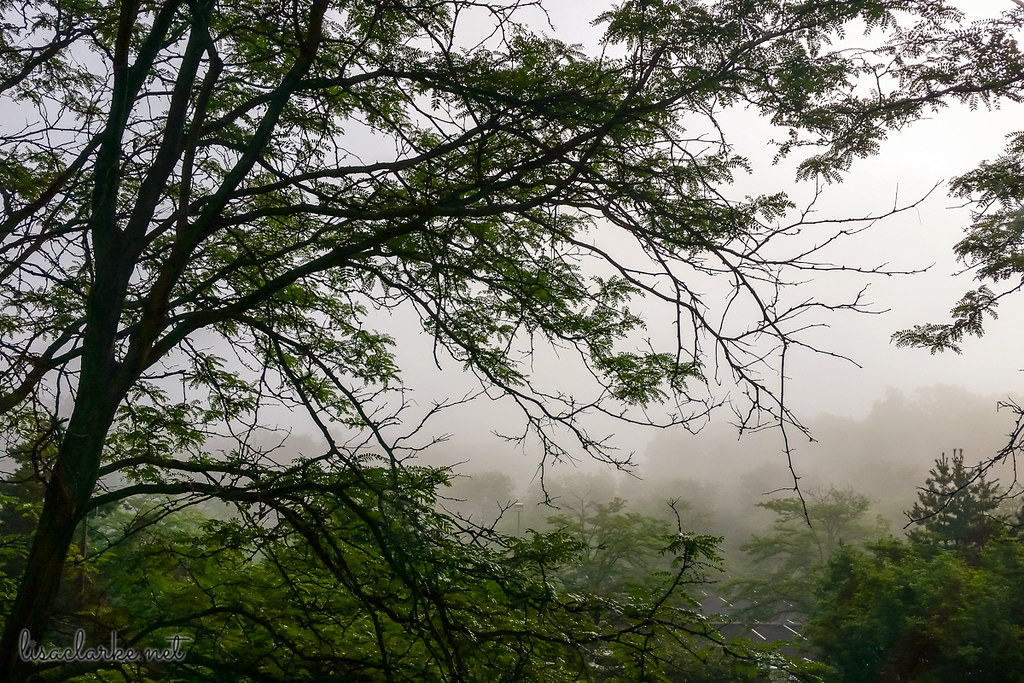 365 : 2017 209/365 – I’ve been listening to the Innocence Mission on my commute this week. Their music always puts me in a mood that I find hard to describe. It’s like a jumble of peaceful, happy, family time, cozy… just hard to describe. But it’s a good thing. And this morning the fog that was spread out all over the neighborhoods added an extra element to the whole thing. I’m terrible at articulating things like this, but I got a picture of the fog from the office window, so there’s that at least. [Taken at work.] 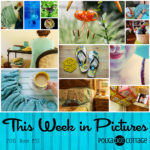 7 thoughts on “TWiP: So Many Shades of Green”