As I write it is 8:40 on Wednesday night. What I really want to do is put the computer away and spend the next 2 hours vegetating in front of some compelling Scottish mystery (I’ve been watching Shetland and Loch Ness lately), but I have to show you this first: 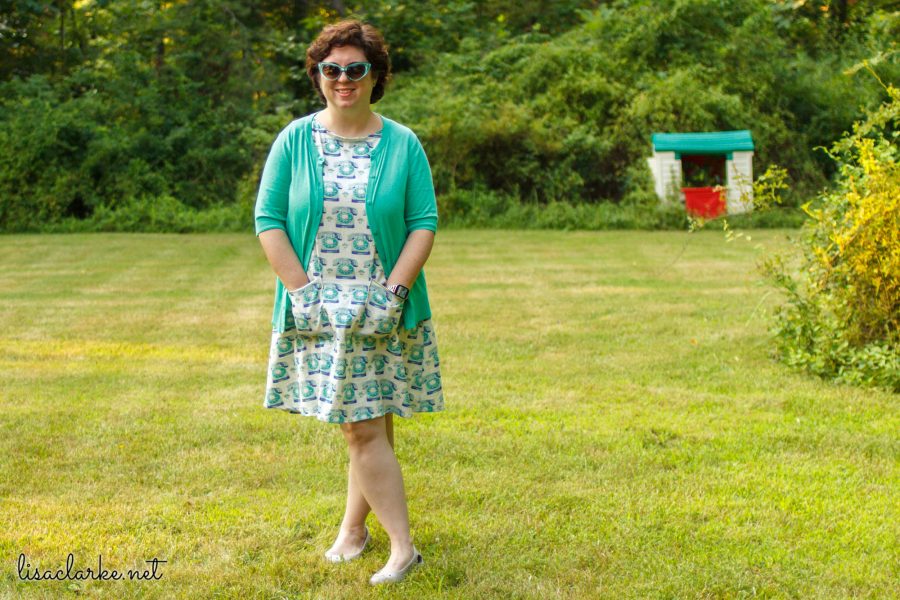 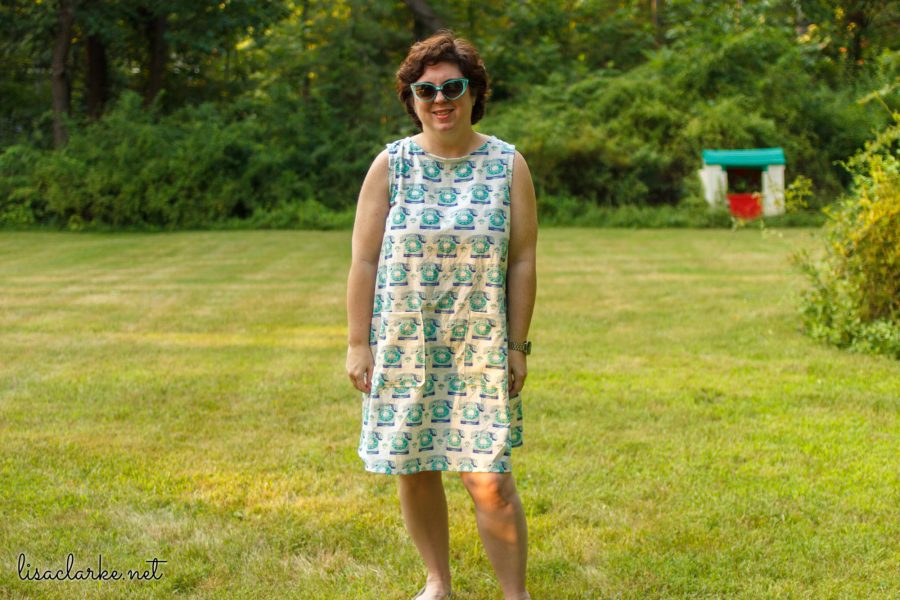 I’ve been sewing! It’s nearly a year since I last got the urge to sew. I’m beginning to think that it may be my annual trip to Gather Here that is the catalyst, but this year at least, there was one other thing at work: I read about Sonya Philip’s 100 Acts of Sewing project.

Never in my life have I said, “I need an A-line dress” until now. I really am not sure I am the best shape for such a cut, but I was inspired by all of the women on instagram – so many different shapes and sizes – who were confidently pulling off this look.

So, when I hit the fabric shop in Cambridge last week, I was specifically looking for something a little quirky to turn into a Dress No. 1. I think this fabric qualifies as “quirky.” 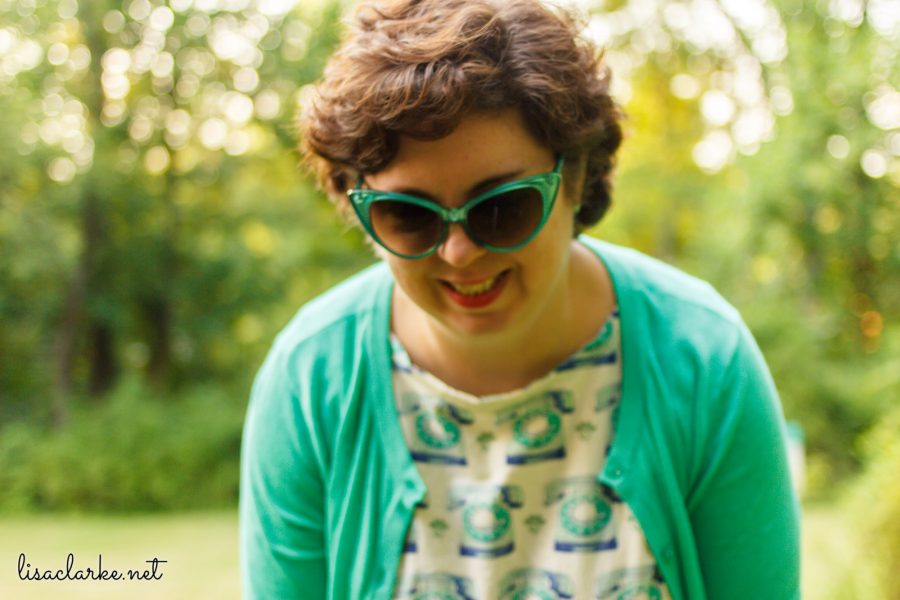 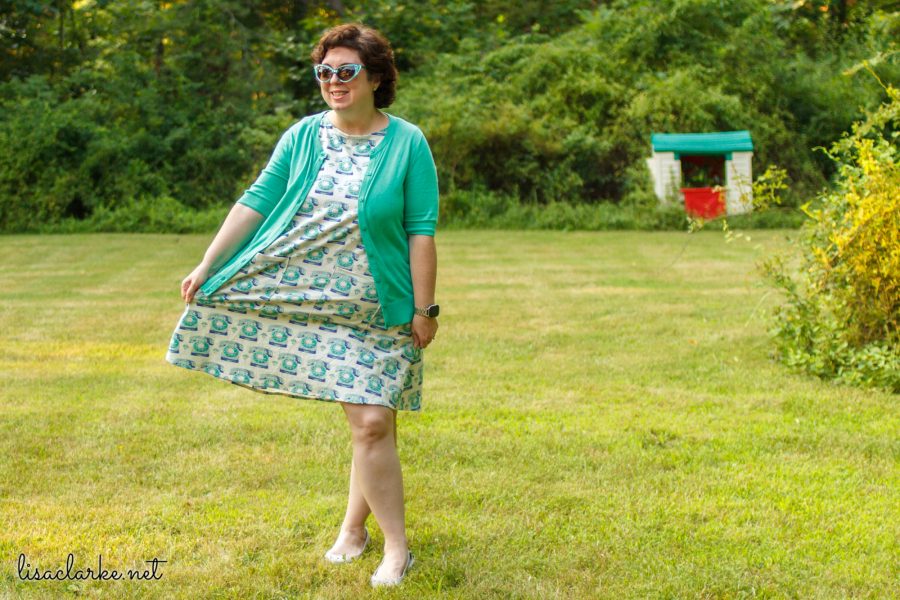 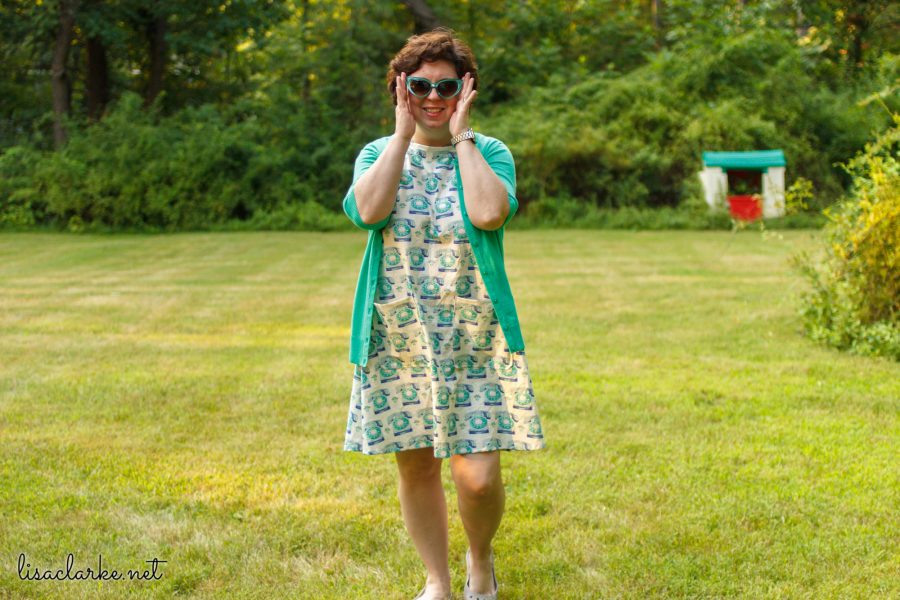 I won’t lie… there is still a part of me that is self conscious wearing something so billowy. I have had my moments today where I felt like I was hiding inside of a great big tent, but for the most part I really like it. And you totally can’t beat the comfort factor. Nothing is strangling me around the waist. That’s an unfamiliar-but-nice feeling 😉

The sewing was pretty simple. In fact the dress itself took less than half an hour to cut out and sew together. Where I had to slow down was in the bias-binding stage. I’ve never been very good at using bias tape around the armholes and neck hole, but I’m getting better. This time I actually did really well with it, but I had to go more slowly than I like. The pockets, too, were fiddly, but do-able.

I’m ready for the next one! And there will be a next one. I already have a pretty green plaid set aside for it.

The fabric: Telephones Aqua from Trinket by Melody Miller for Cotton and Steel

P.S. Many thanks to my son for taking these pictures. I can’t find my camera remote…