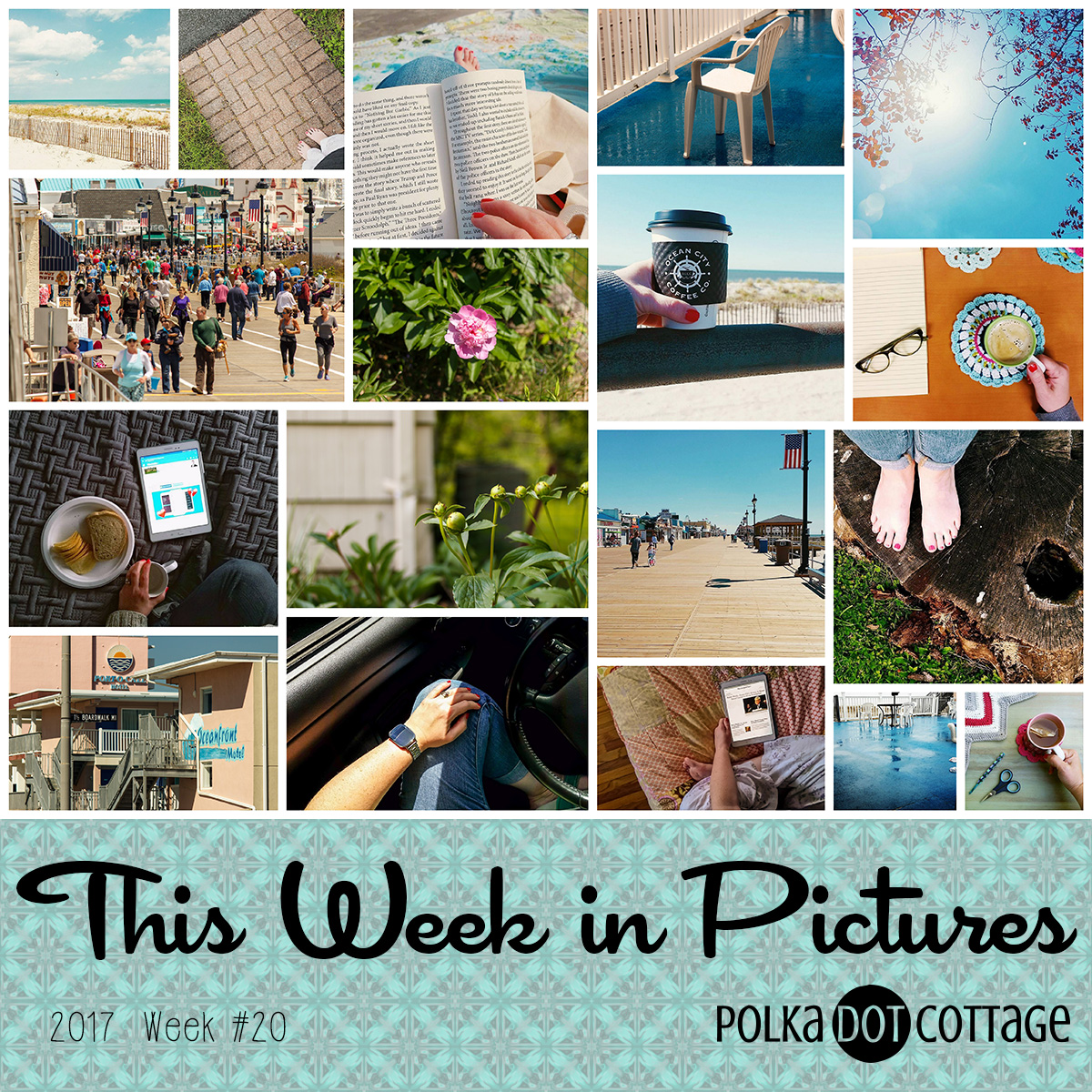 We went to Ocean City a week earlier than we’ve been going in recent years, and that gave us cold, wet weather at first. The last few days, though, were warm and sunny, and they made me wish I’d packed something other than jeans and sweaters 😉

As usually happens when we spend 4 days near the ocean blues, and the sandy browns, and the vibrant cobalt of our hotel, home seems very, very green when we return. It’s possible that spring just sprang a little harder while we were gone, but it is also maybe just a trick that our eyes play on us. Either way, all of that green, and the pops of pink as the peonies emerge make for a nice consolation prize of having to leave the shore before we’re ready.

It wouldn’t be May at TWiP, if I didn’t have one post that started off unbelievably blue, and ended in an explosion of green!

I noticed on Instagram this week that there is a new session of Picture Spring that has just begun. I would have loved to officially join the class, but when I thought about what my $40 would get me (or more importantly, how much use I would get out of it right now), I decided to just play along on my own with the prompts I saved from six years ago.

The class consists of daily prompts, but it also has a community aspect to it. I already have the prompts, so I’d be mainly paying for the community. Last year, I’d have jumped at that, but I have a lot less spare time now and I doubt I’d be able to invest as much in the community as I might have in the past. So, I’m taking my old prompts and playing along by myself on Instagram 🙂 (Only it’s not entirely by myself, because #hashtags!)

I started a few days late, so I’m doubling up here and there until I catch up.

So it's a little bit wet today… 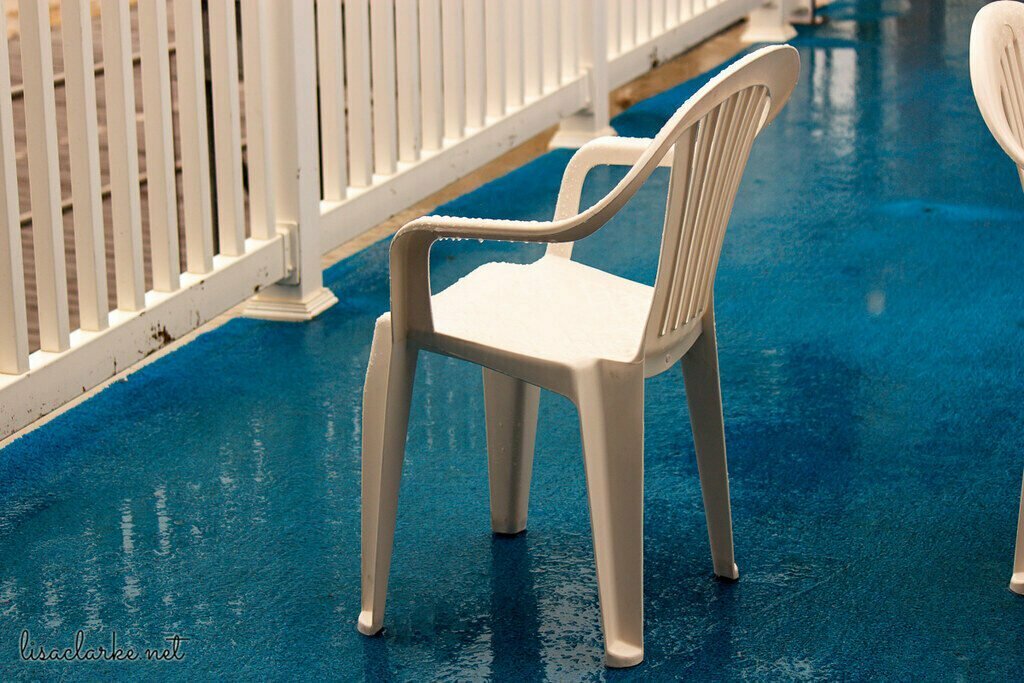 Lunch time. Still raining. When I get tired of reading stuff on my tablet, I think I'll brave the downpour. 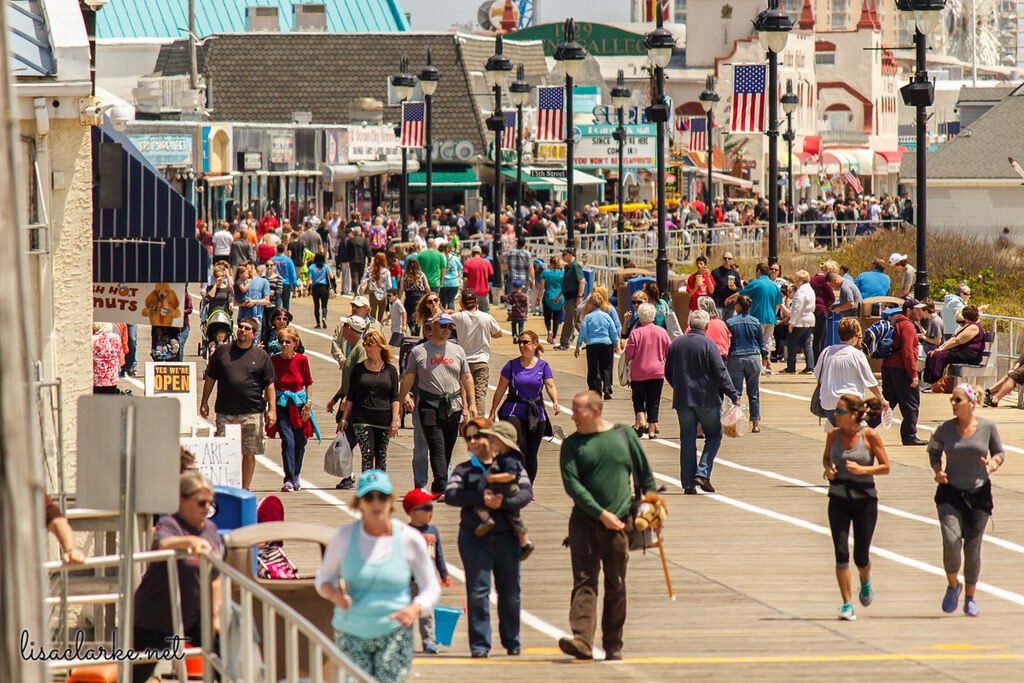 It's possible that I am biased, but I found this collection of short stories my 14-year-old wrote to be truly entertaining! 🌞

Now *this* is how you Monday. Wish every week could start off like this! 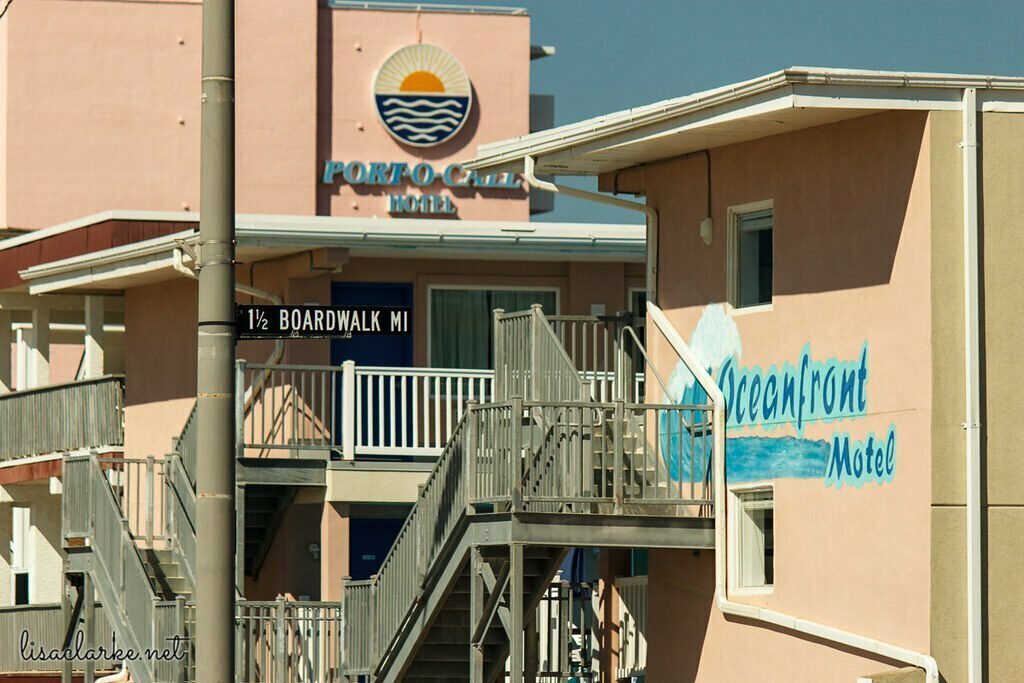 Back home today. Our long weekends here always go by so fast! 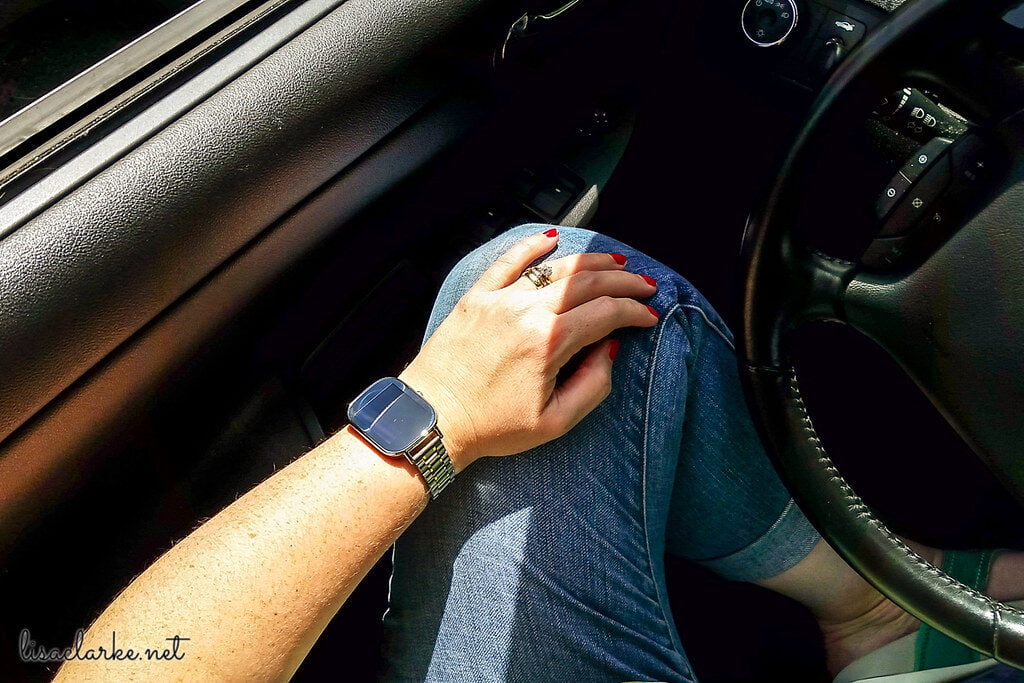 I guess since I'm done knitting my sweater, and I'm done being on vacation, I should probably get back to this #crochet project that's been hibernating. 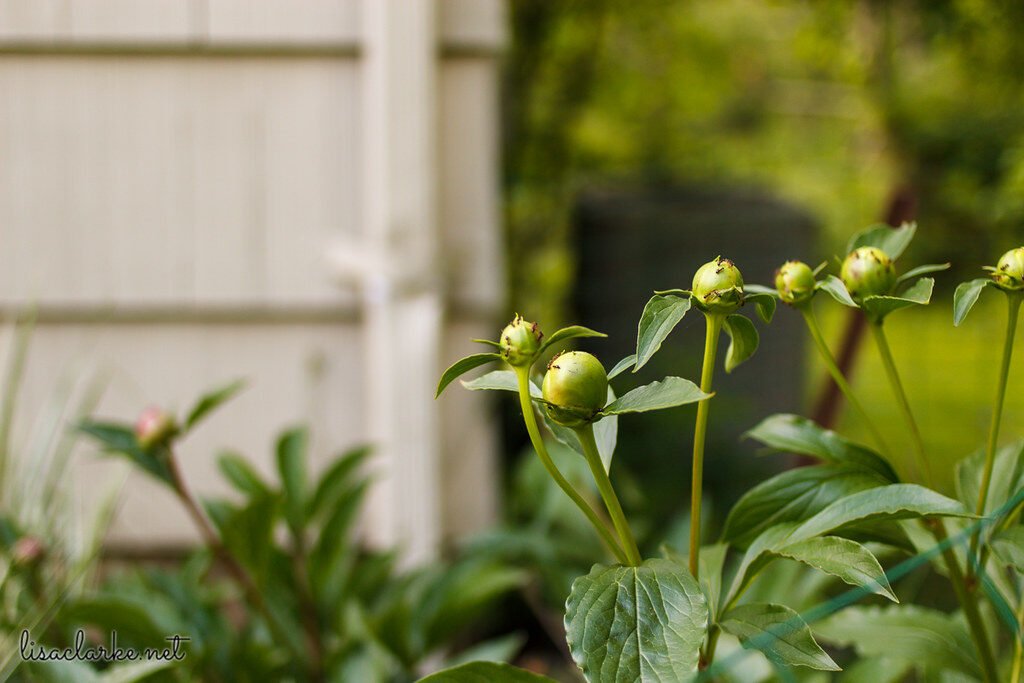 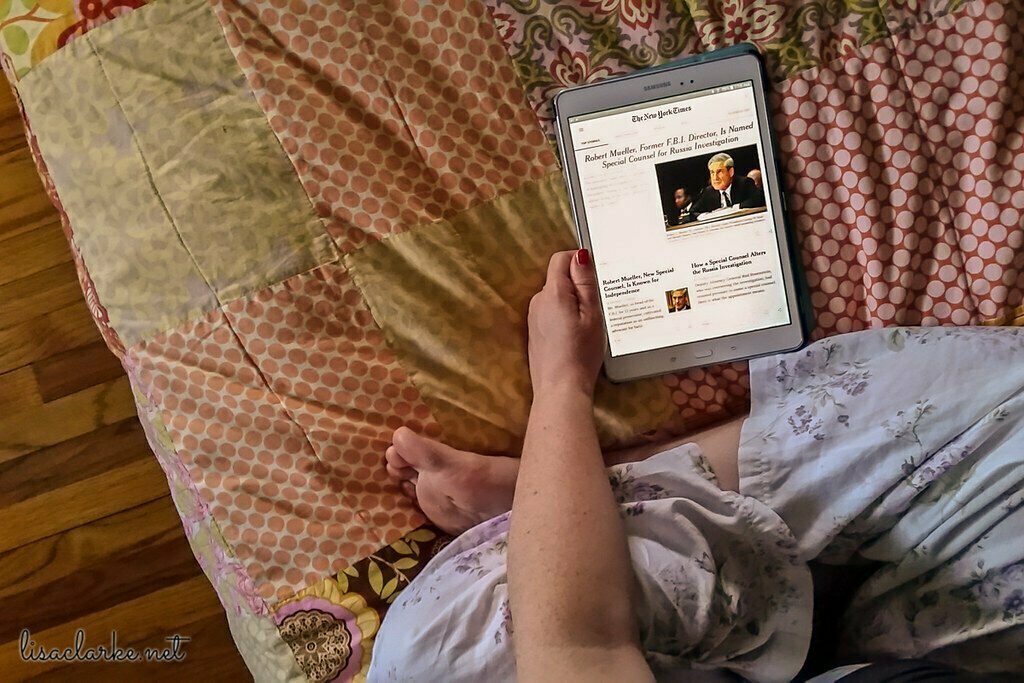 #picturespring #goodmorningsunshine That first sip of coffee after I've gotten settled at my desk. Mmmmm.

#picturespring #stepoutintospring Neil is away today, so I'm temporarily back to making lunches and seeing the kids off in the morning. 30 steps brings me to the end of my front path, where the driveway begins, and from where I can see my high school junior walking away to catch his bus.

#picturespring #theskyisthelimit The air conditioning is cranked up in the office and I forgot to bring a sweater. I had to take a 5 minute break to step outside and feel some warm sun on my skin. Think I'm going home for lunch so I can retrieve my sweater 😉 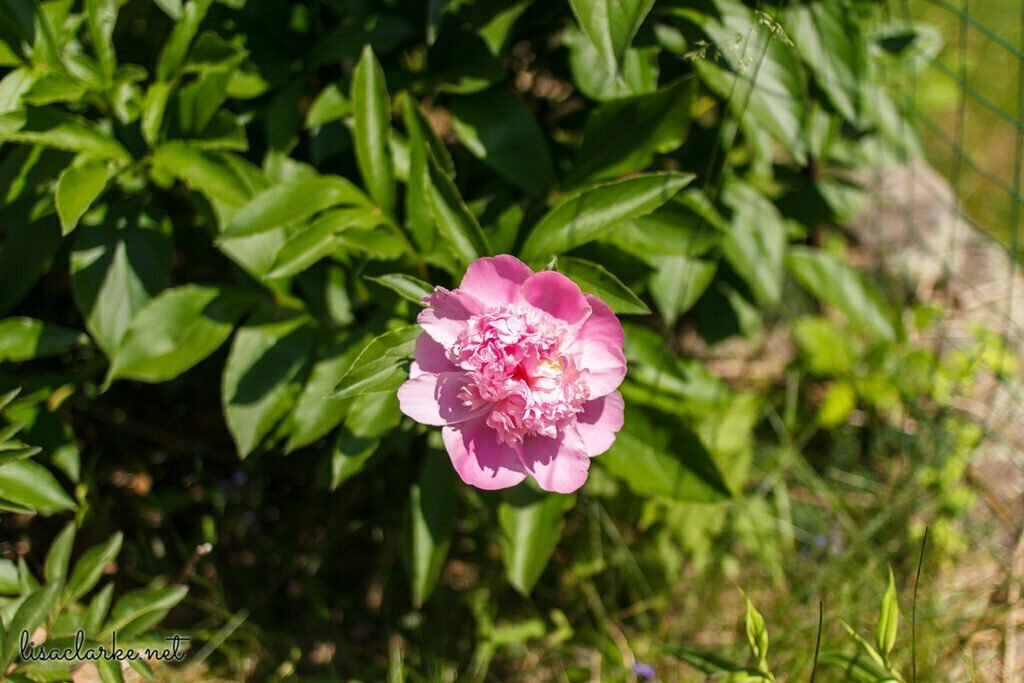 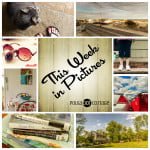 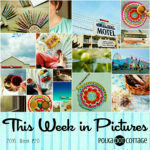